Eternals #7: Is This Burning an Eternals Flame? 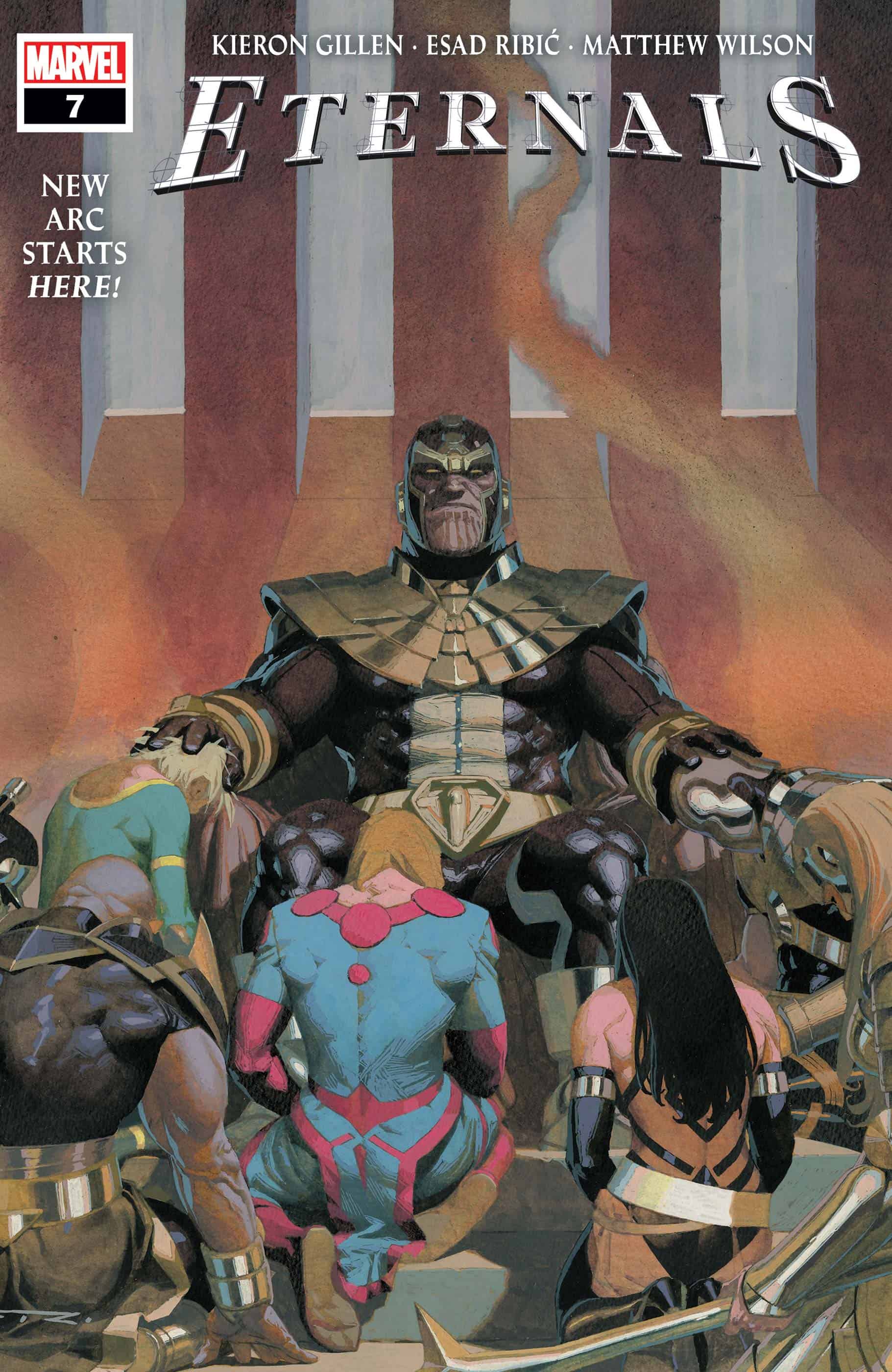 NEW ARC! NEW JUMPING-ON POINT! MORE THANOS! The Eternals have learned the truth of their existence. Their society is in shambles. Who can lead them? Who is the visionary that can lead them from the ashes? And how did they take the throne? Hail Thanos the Mad Titan, Eternal Prime. Welcome to a new day. Welcome to hell.

Just in time (Wednesday after the major motion blockbuster theatrical debut) for the newest addition to the Marvel Cinematic Universe, affectionately known as the MCU, Kieron Gillen and Esad Ribic drop their newest issue kicking off their second arc on the title, and we see some sorely missed faces from the Eternals/Deviants mythology, as well as the first appearance of one of the newest Eternals this creative team had created to fill out their numbers. First up is Kro, the Deviants warlord, and the only immortal among their ranks (that I’m aware of), and former flame and father of Thena’s children (I wonder how they’ll explain that), and I gotta say I love him here. What is he plotting, and how does Sersi factor into his plans? 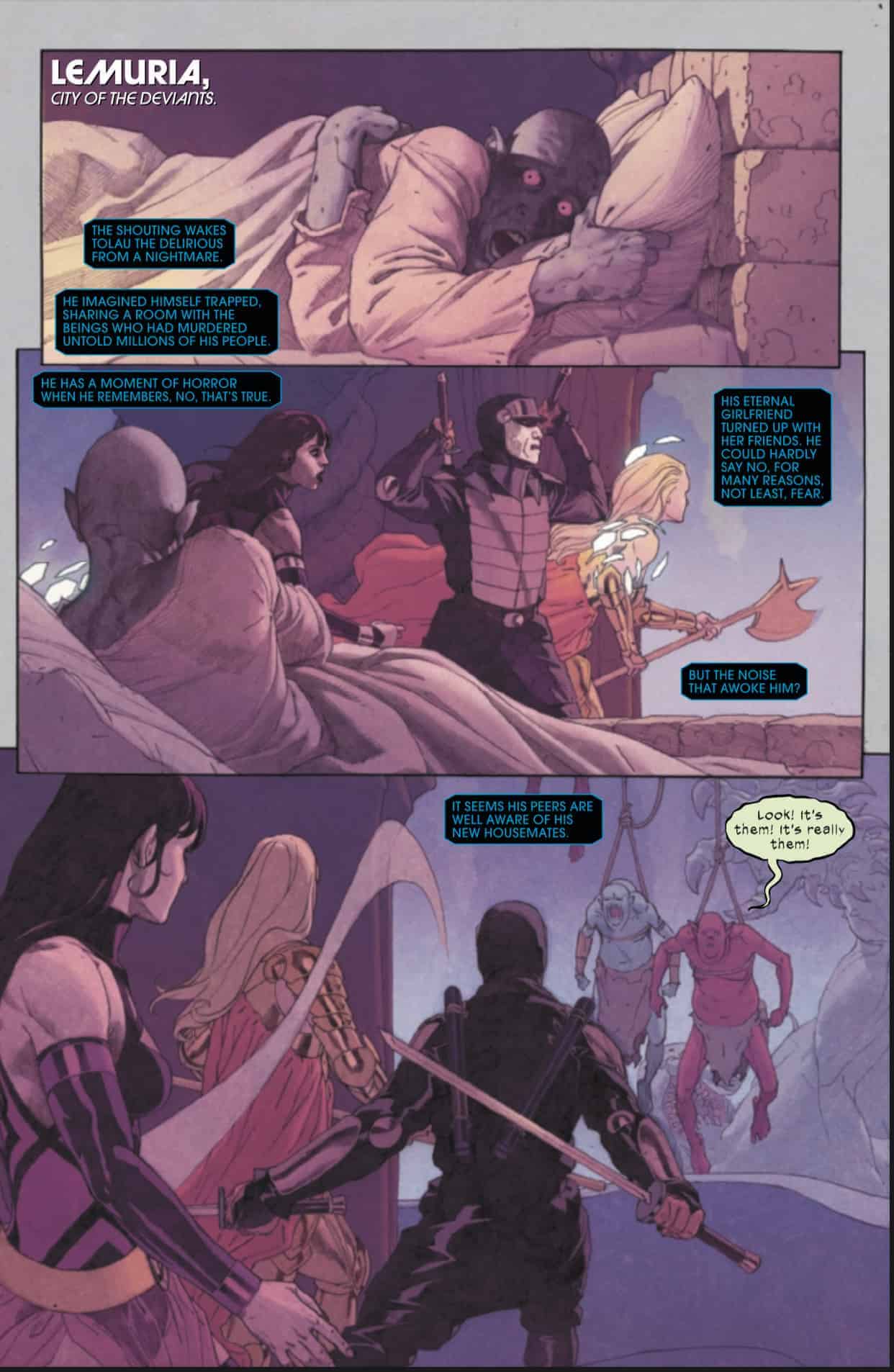 I don’t know what it is about Gillen’s take, but I’m completely enamored with his take on this Kirbyan mythology. How this new status quo will turn out, with the Eternals who left Olympia after the events of last issue, but I can’t wait to see where we’ll go. 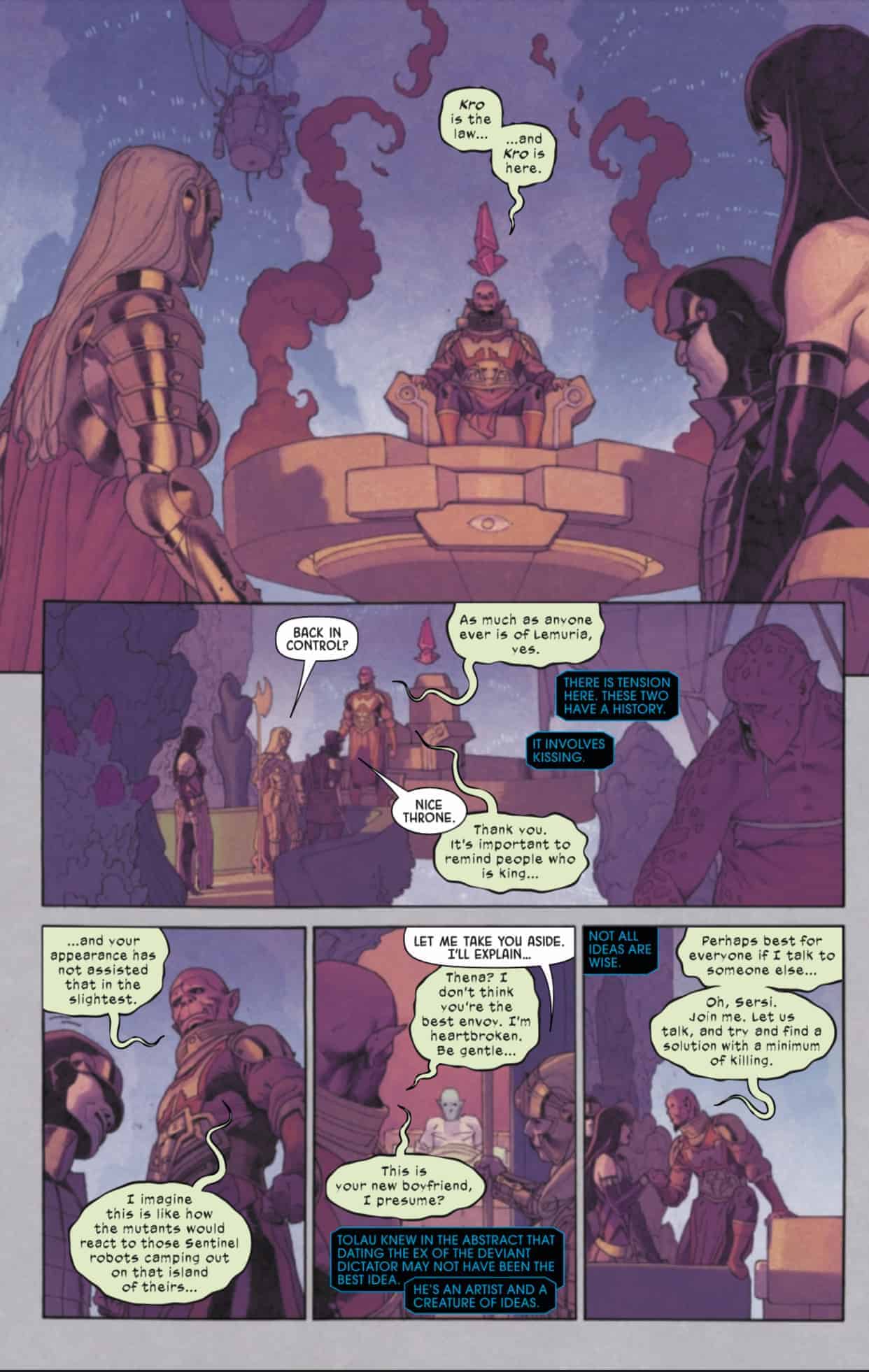 Next to be introduced to the Eternals ranks is the Jack of Knives, and the machine described as one of the Tricks of the Eternals members. The Tricks seem to be some of the more shadier members of the group. Ribic’s design for Jack is delightful. He looks like a vampire from an Anne Rice novel, with equal notes of sexy and menace, and his exchange with Ikaris is interesting. Ikaris clearly doesn’t like him, and their conversation seems to be overflowing with portents of things to come.

Ribic is back after a couple months with the main title being on hiatus, and he’s delivering this world magnificently. Muted tones, with fantasy and high brow sci-fi, and the more human moments between Ikaris and Toby Robson’s mother. Every emotion was felt with those panels, and were just as memorable as the scenes from Lemuria, and between the atoms with Thanos and Druig. 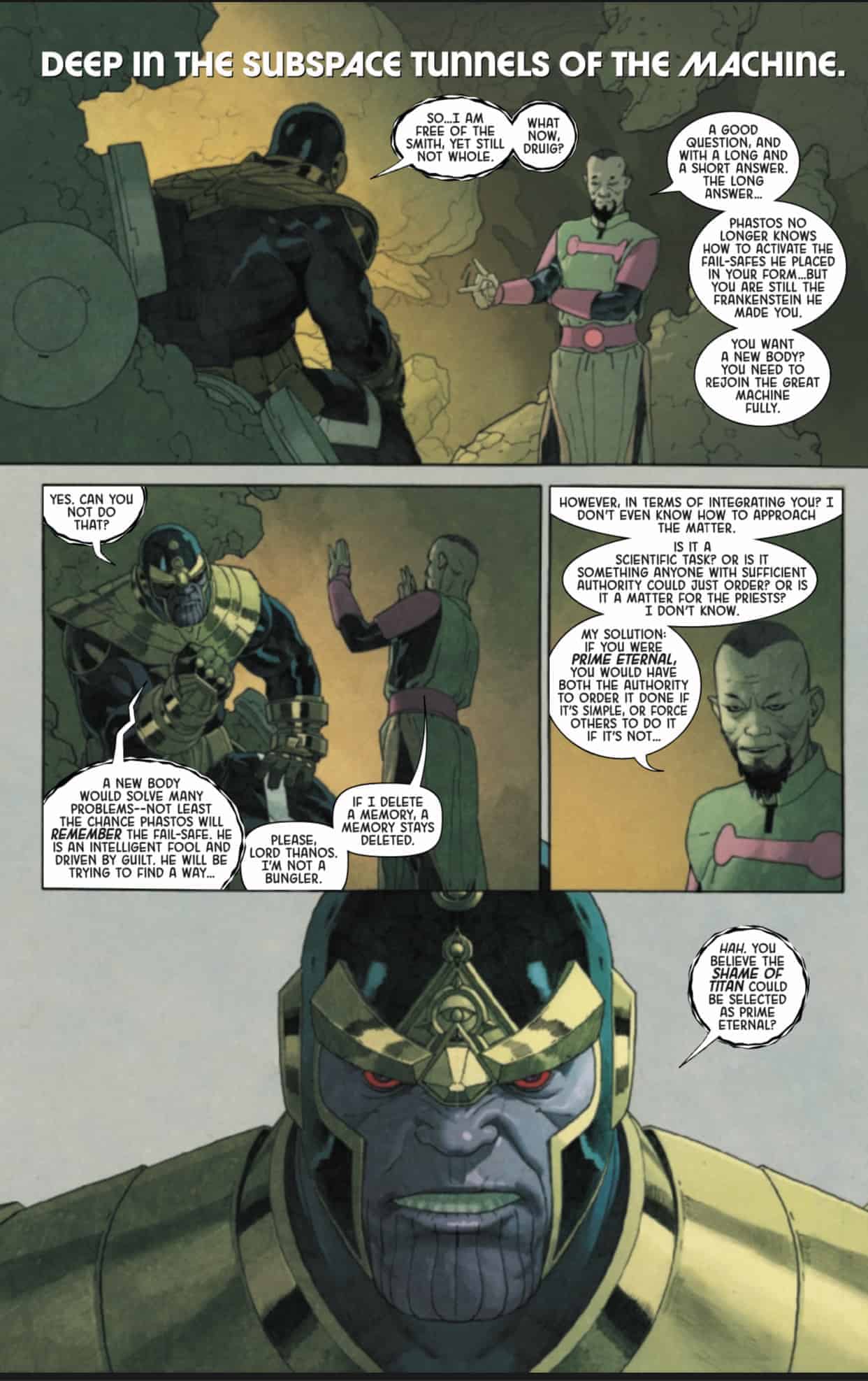 Gillen tends to hit just the right notes with how he portrays this world. I’m so glad he’s in charge, I just wish Marvel would have rotating artists to keep up the monthly schedule. I know when you have a level of talent like Ribic, but the decompressed storytelling style, mixed with the delays in shipping has been a very big negative for this book. Another negative is just how insulated this title is, and these characters are from the greater Marvel Universe. These are some heavy hitters, and getting the chance to see them mix it up with the Avengers, FF, etc., would be a very nice step in the right direction. As a very big Eternals fan (especially Sersi), I hope this run is the one that grabs comics readers by the throat, and makes them need to read more about them.

The Eternals' world has changed forever, and Gillen and Ribic are here to shake up everything they can. This book continues to delve deep into the Eternals world, and how they factor into it, but there’s still some issues regarding pace, and the delays continue to prove detrimental to the momentum of this story. While I’ve been over saturated on stories involving Thanos, Gillen use of him sparingly has been a bonus.

Eternals #7: Is This Burning an Eternals Flame?