Eternals: Thanos Rising- Stay with me while we grow old And we will live each day in springtime 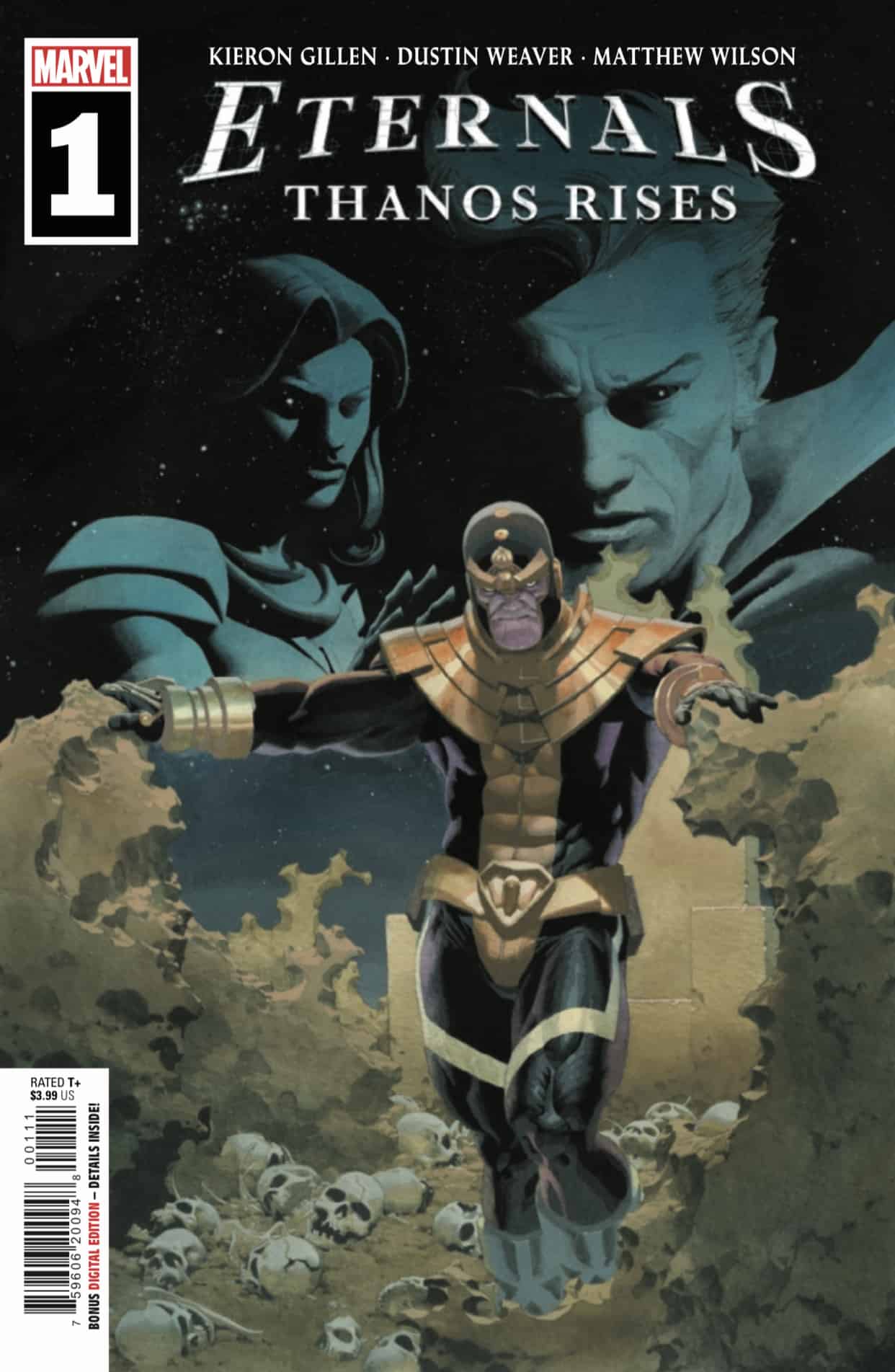 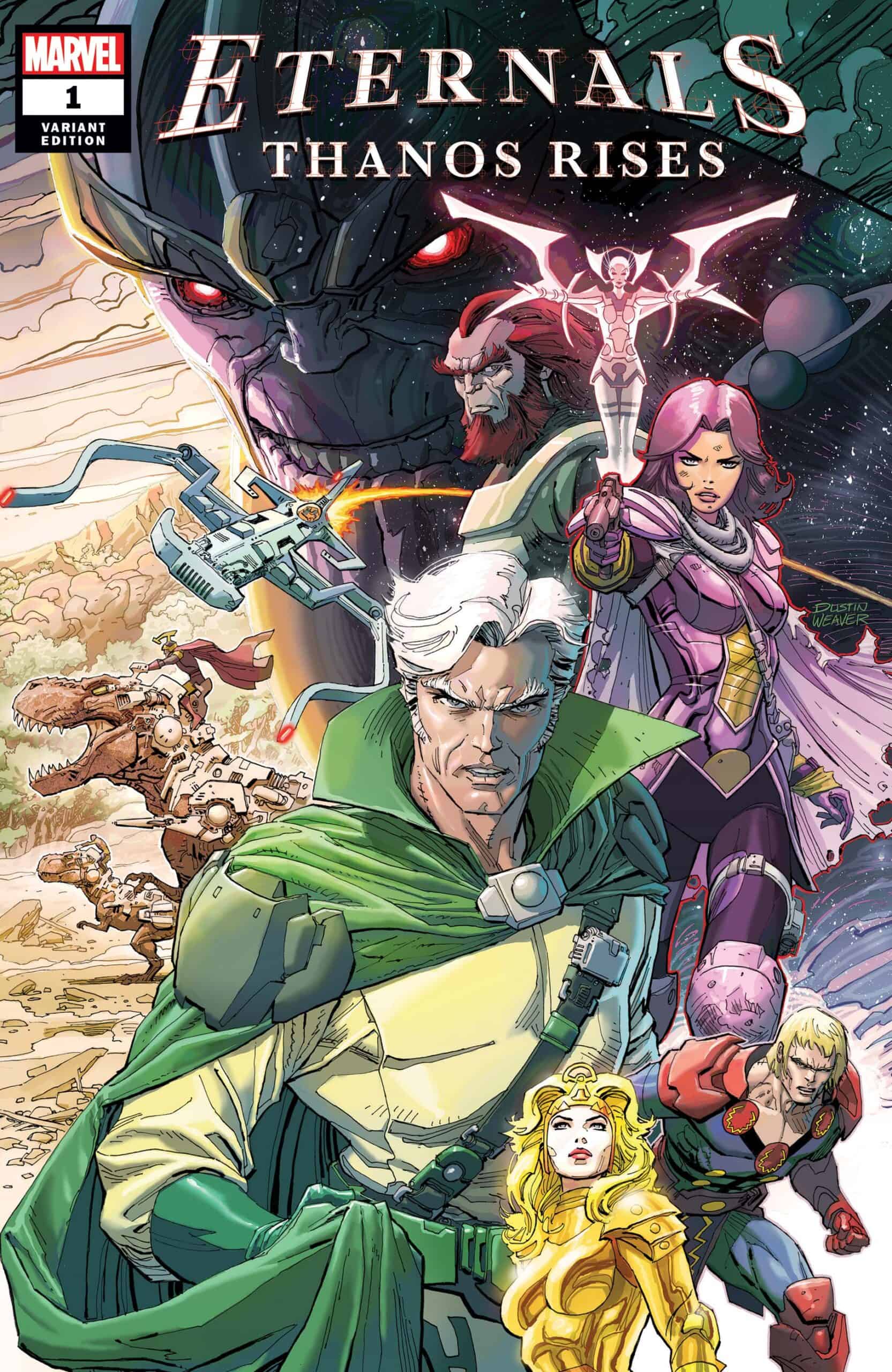 Eternals are created, not born. They have families, but their families make no new children.

It’s simply not what Eternals do.

Some of them thought they could find a way to change that and believed it would be for the best.
They were terribly, terribly wrong.

The birth of Thanos has finally been told, and if you’re looking for a lot of Thanos, you’ve come to the wrong place. Because this story isn’t really about Thanos. Not really. The issue is primarily about A’lars, aka Mentor, and his quest to answer the question: why can’t Eternals reproduce with each other? They can reproduce by cloning methods, or by mating with other species (which explains Thena’s children with the Deviant Kro), but not with each other. Mentor’s argument is “why are Eternals the only creatures that aren’t able to reproduce with each other?”, while Zuras’s argument is “who are the Eternals to question the Celestials’ intentions?” It’s a question that has caused the different factions to erupt into a civil war between the two. 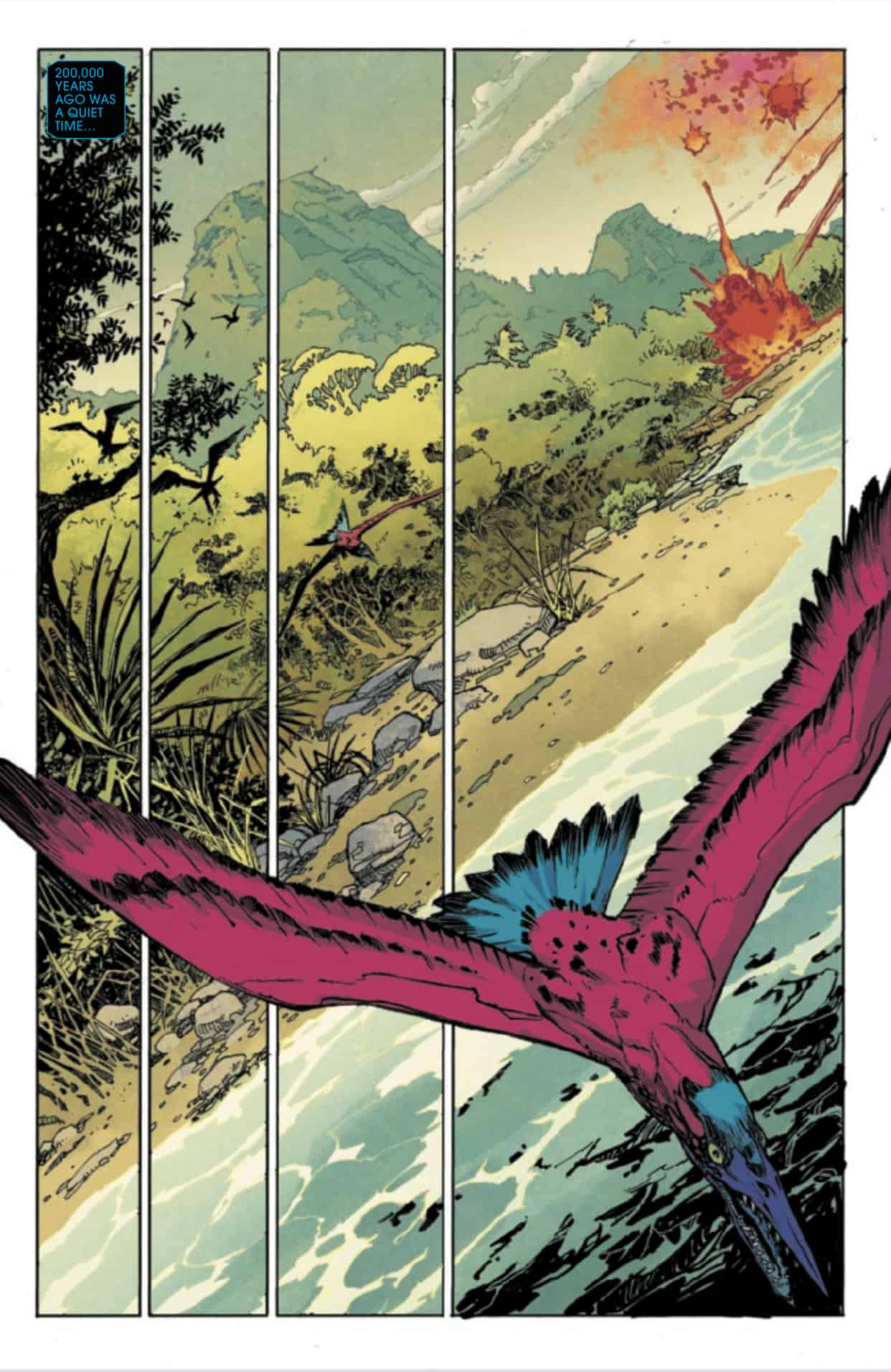 Much like the rest of Gillen’s work on these characters, there’s very little action here, it’s very much a character centric piece. This one-shot continues to flesh out the mythology surrounding the Eternals, which for a property that’s nearly 50 years old, has less than a 100 issues published material. Other than Thanos and Eros (Starfox), and Sersi, much of the cast are tabula rasas, with some minor appearances scattered throughout Marvel’s vast continuity. Gillen breaks down Mentor, and explores his drive to discover the secret to procreation, as well as the love affair between Sui-San but it’s more glossed over rather than explored, which is a shame, because next to nothing is really known about Sui-San. Another missed opportunity was the lack of exploration for Zuras. Zuras could be switched with Marvel’s Zeus, or Odin, as a sky god patriarch, but with less characterization. 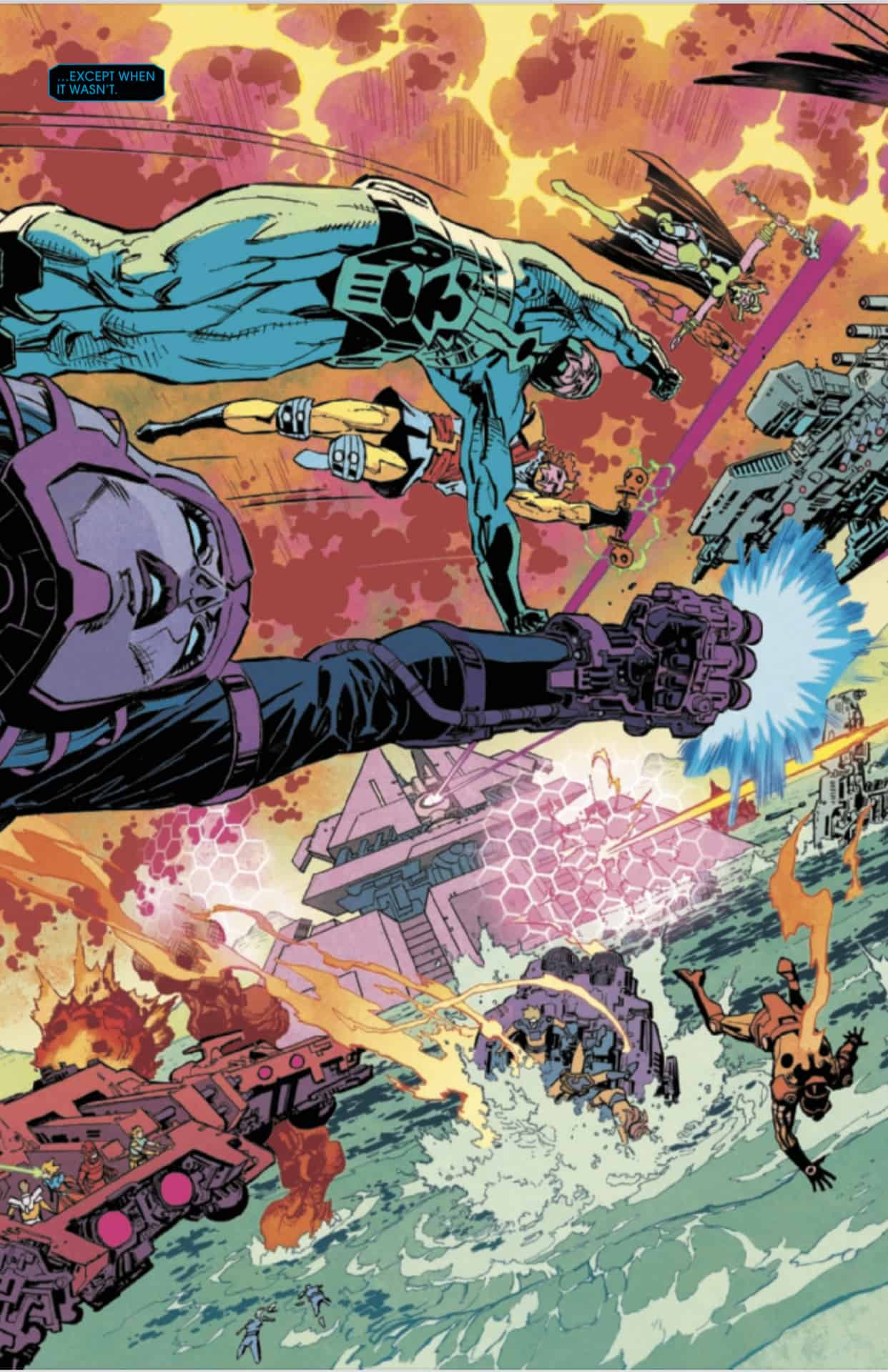 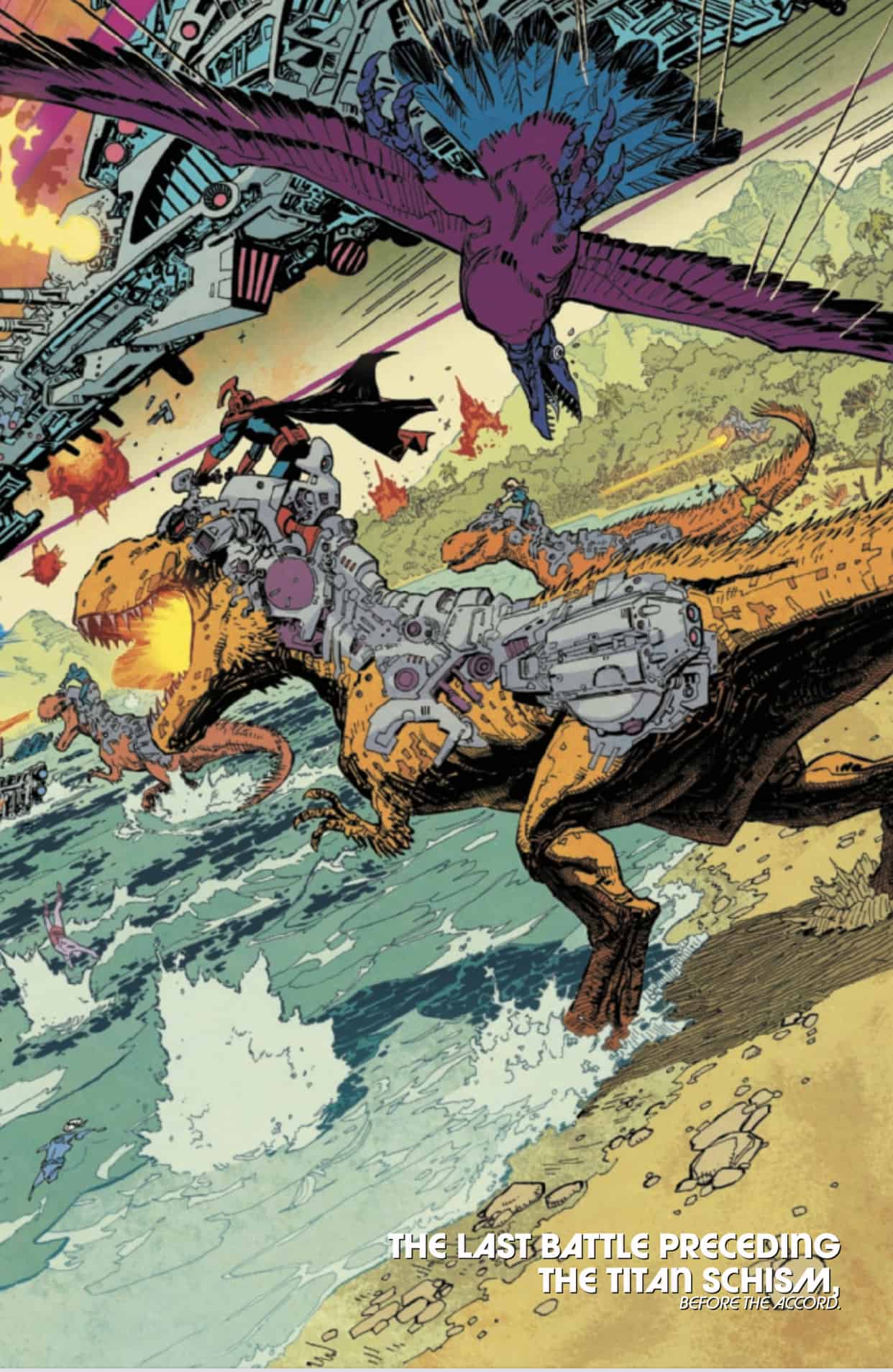 Dustin Weaver joins Gillen here, and he’s channeling his best Walt Simonson here, and I’m living for it. The characters have that Kirby-esqueness to them, and the design work is something you’d expect to see in Kirby’s run, or Simonson’s Asgardian adventures. Everything is just immaculate to read. I hope to see more of the Gillen/Weaver team up on more Eternals related material, because I’d love to see what he could bring to these characters and their world.

Keiron Gillen continues to weave the tapestry of the Eternals, and explores their past, and the event that caused them their greatest misstep of all: the birth of Thanos. Eternals weren’t born to breed life of their own, and Mentor’s hubris comes back to bite him, and the entire universe, in the behind. Gillen continues to excel at the development of this quite alien world, and Dustin Weaver’s rendition is an exquisite addition to their mythology. Unfortunately the pace proves to be a detriment to the overall issue.

Eternals: Thanos Rising- Stay with me while we grow old And we will live each day in springtime