Eternals the Heretic #1: If there’s a camera up in here then I best not catch this flick on YouTube 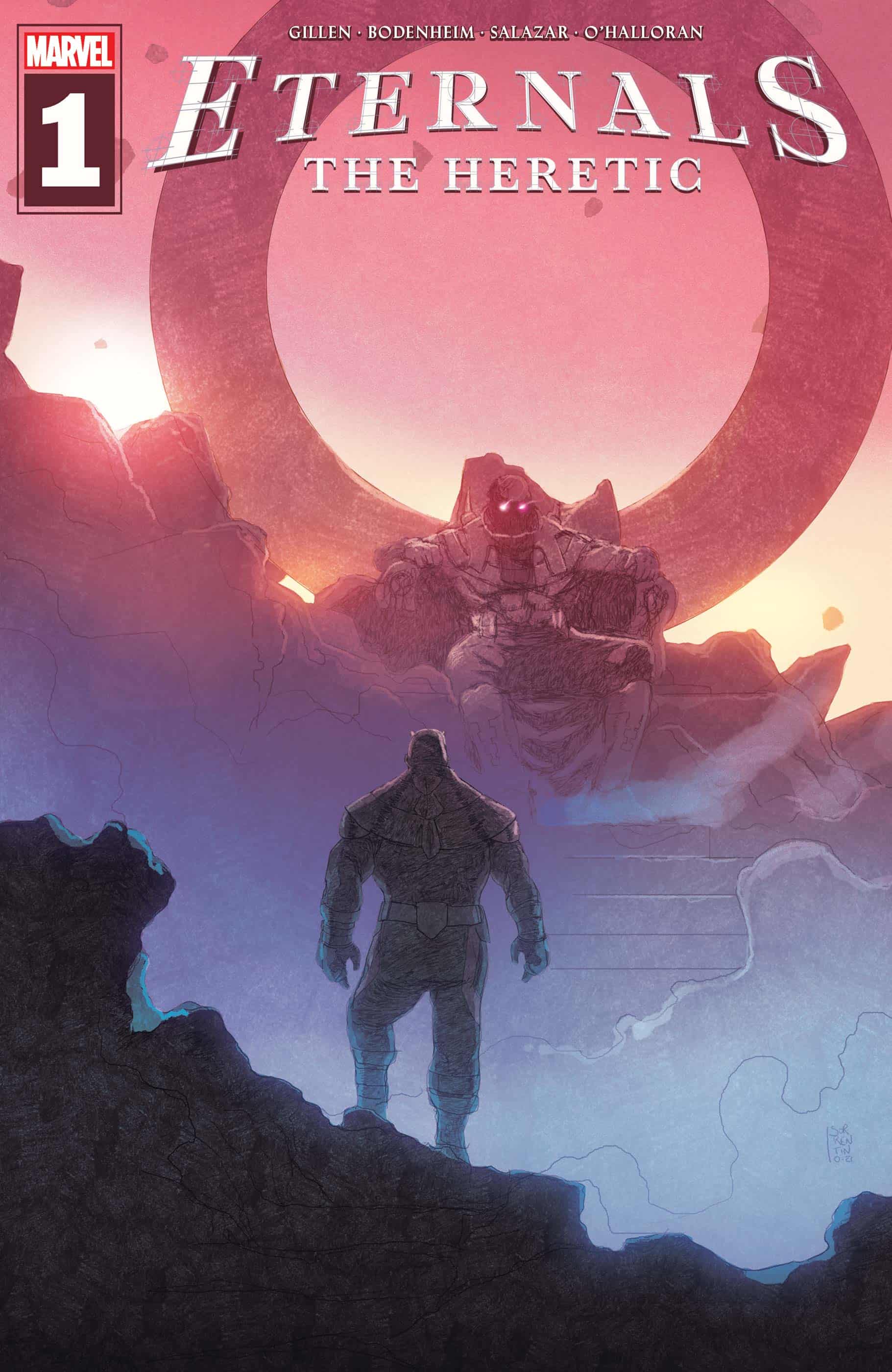 Thanos is now ruler of the Eternals! But believe it or not…he's actually not the worst leader that the Eternals' society has ever seen. No, that honor belongs to someone even more horrific. Thanos is evil, yes, but who was the original evil from whom all Eternal evils descend? Meet Uranos, the Undying. And may the Celestials have mercy on your souls.

Eternals Heretic is another one-shot from Kieron Gillen that continues to flesh out the world around the Eternals that he’s been crafting over the last year, only this one that had long thought to have been dead, Uranos, but it turns out he’s been stuck in the Exclusion, the place where all problematic Eternals go when they’re found to be…problematic, for lack of a better term. In the tale we see the history of Uranos, and his zealousness, as well as why he was placed into the Exclusion area.

Gillen’s character work on these characters is second to none, giving us a deeper, more fleshed out and nuanced world that these characters inhabit. The immersion that we get with each of these one-shots really helps paint these characters as just one-note, flat New Gods knockoffs, a critique I notice from a lot of those who aren’t as invested into these characters, like their Fourth World counterparts. Also, tying Thanos, and the other races of Sol Eternals (the Titan tribes as well as Uranian and Oceanus tribes) was a perfect way to expand this universe. I’ll admit, I wasn’t the biggest fan of tying Thanos in with this group, if only because of the way Marvel has over saturated their line with Thanos ever since the first Avengers film, but it’s this talent Gillen has for making me care about these characters that I wouldn’t give a second look to if it were penned by someone that keeps me hooked, despite the glacial pace we’re getting in the main series. Also, the cheekiness of the Machine just tickles me every time.

This issue is illustrated by the recently departed Ryan Bodenheim, and has a very unique style, that’s reminiscent of Ribic’s, as well as some nods to more traditional comic artists, and it flows between the two styles flawlessly for the most part. There are a couple panels that seem out of place, compared to the rest of the pages, but nothing to the point that would make you dislike the issue. It helps that colorist Chris O’Halloran’s colors help to maintain the almost ephemeral ambiance that we’re used to with Matthew Wilson on the main series. It’s sad to see such a promising young talent like Ryan, and the comics will be a much smaller place without him here.

Kieron Gillen continues world building the Eternals world, by giving these rarely mentioned characters a face, and a personality, and giving them a chance to be used further down the road. Unfortunately the book doesn’t add anything substantial to the overall plot of the main book. Ryan Bodenheim’s art here is transcendent and it’s so sad that he’ll never be able to blossom into the superstar he could have been.

Eternals the Heretic #1: If there’s a camera up in here then I best not catch this flick on YouTube