Ether: The Disappearance of Violet Bell #1: You Will Never Make This Right!

Ether: The Disappearance of Violet Bell #1 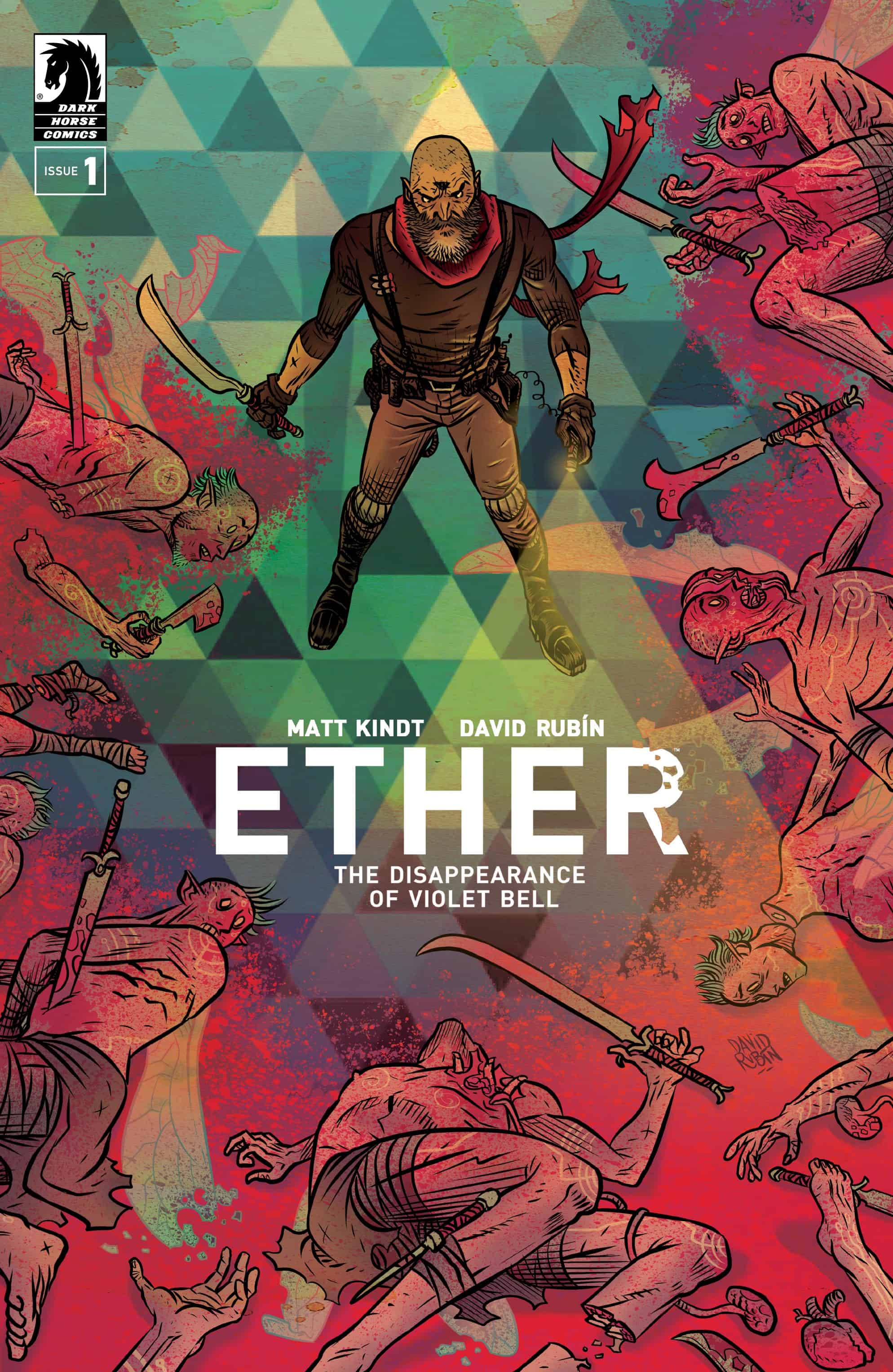 The Faerie King's daughter is missing, and only portal jumper Boone Dias can track her down. Jumping from one magical crime scene to another, he uncovers a bizarre plot featuring assassin eggs, weird pirates, ice deserts, and more noir absurdities.

With the third installment of Dark Horse Comics epic sci-fi series Ether, we find a mystery filled with death that only Boone Dias can ever hope to solve. 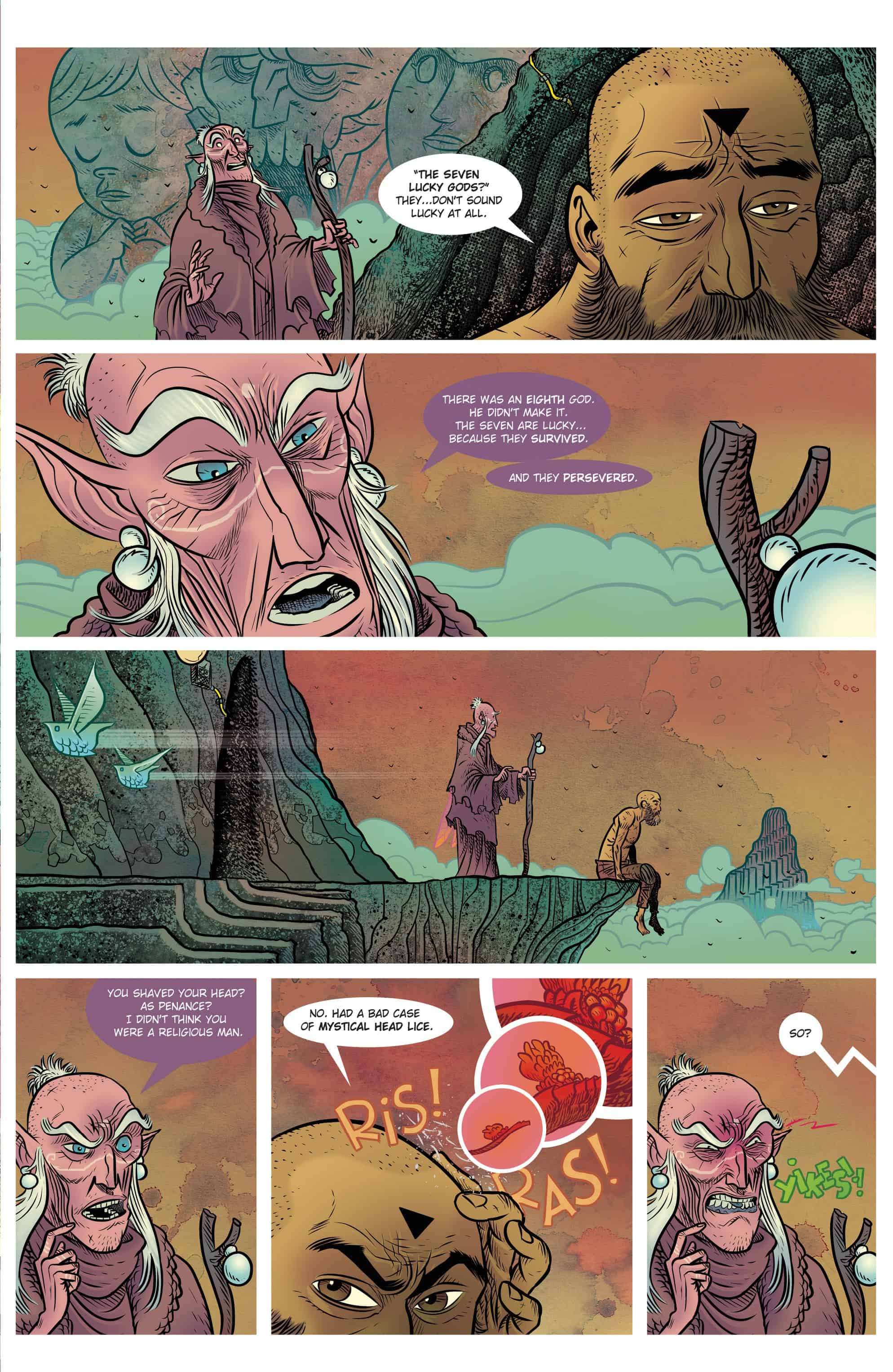 If there is one thing this series has done magnificently well so far, its the visuals. David Rubin & Kike J. Diaz deliver some of the most phenomenal sci-fi adventure artwork on shelves today with the first issue of Ether: The Disappearance of Violet Bell. We are thrown once again into a spectacular blend of colors and unique characters that feels very much like an already lived in world.

Matt Kindt is a writer who has quite the dedicated following, and for good reasons! It seems like anything he writes is bound to be interesting enough to pull you in for the entire story. The mysterious journey thrust upon Boone Dias has all the makings of another captivating story from Kindt.

We begin with a brief introduction to what is described as the “Seven Lucky Gods” in order to set the stage for Boone to understand the real depth of the situation and bring himself out of exile. Violet Bell has gone missing. This news invokes some heavy feelings for Boone who almost immediately agrees to find her, and thus we are off on another portal jumping adventure. Sure the story is cut and dry, but its the world that this story inhabits that makes it something truly special.

You can’t help but get engrossed and want to learn more about it.

For those just jumping into the Ether series, you might feel a little lost regarding the character’s motivations and some of the more intricate lore surrounding this world, but the first issue actually does a solid job of catching readers up to speed. At least enough to be able to enjoy the story at hand. Go check out Ether: The Disappearance of Violet Bell #1, and if you haven’t already, dive into the previous Ether stories as well. You won’t regret it!

Ether: The Disappearance of Violet Bell #1 begins a dark mystery filled with wonderful world-building, making for a strong start to the third installment in the Ether series.

Ether: The Disappearance of Violet Bell #1: You Will Never Make This Right!