Eve #2: Jump on This Zombie Rollercoaster, We’re Just Getting Started! 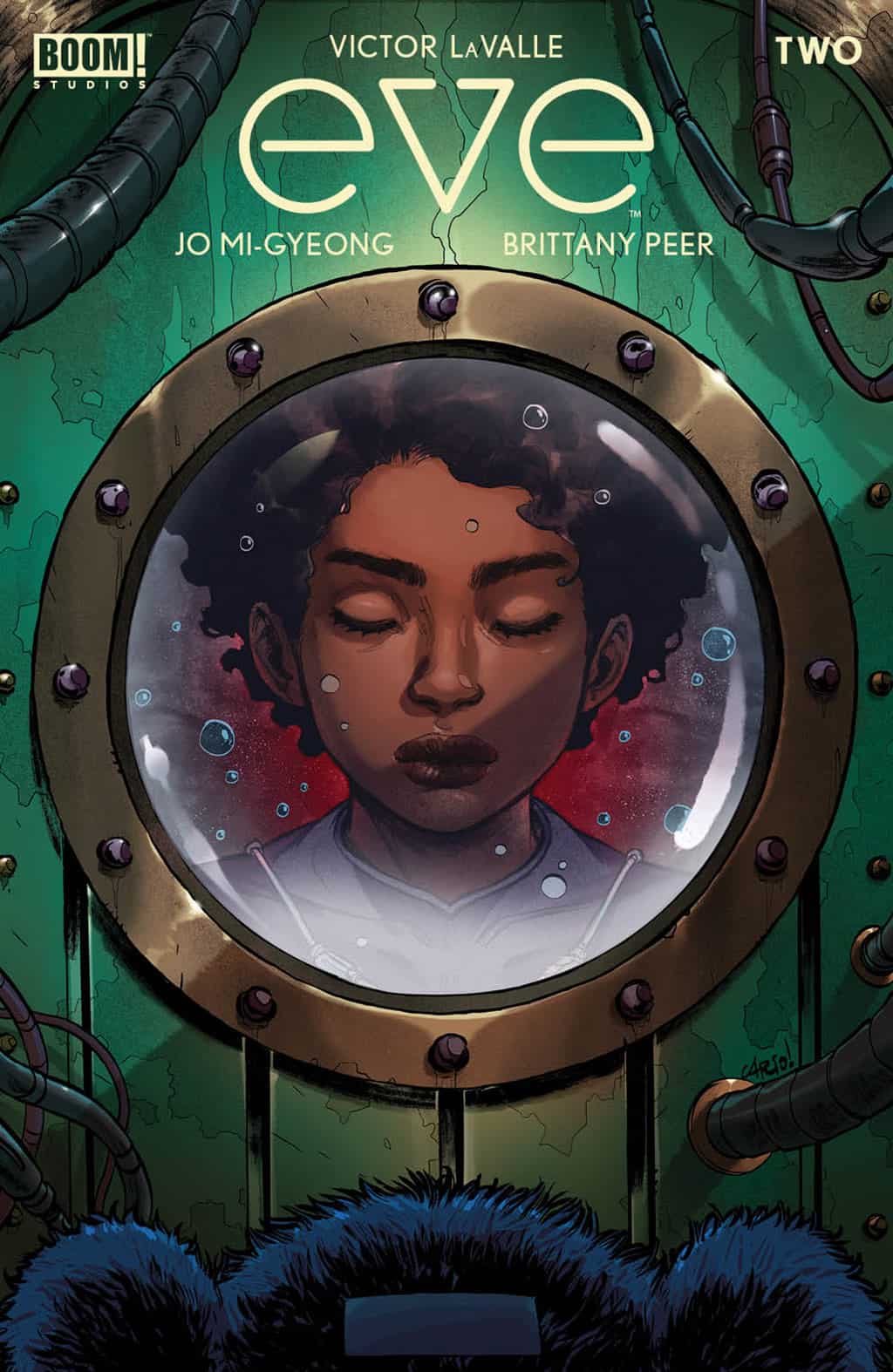 Last issue we were introduced to Eve and Wexler, her teddy-bear turned android.  After eleven years in an incubation pod, Eve is released and learns a combination of climate change and an ancient, mutation virus destroyed the modern world. And it's her job to try and fix it.

Eve and Wexler depart the island and are almost immediately attacked by the virus-changed humans.  Wexler runs defense while Eve makes it to the remains of Manhattan.

We learn the history of the virus.  It was frozen in ancient ice that melted as the world warmed.  Once free, the virus gave any living organism an unquenchable hunger.  The ravenous humans consumed everything organic, and, when there was nothing left, they ate inorganic things and exploded.  But, if it’s been at least eleven years since the virus emerged, how are there new infected attempting to eat Eve?

We have some of science-fiction’s greatest themes at work in Eve #2:

LaValle uses these well-known themes to jumpstart the story.  After years of zombie and apocalypse stories in main stream media, we immediately understand the general plot — save the world.  What we’re looking for in Eve #3 is how does LaValle change it up to give us a fresh story?  Fans of Blade Runner, The 100, or The Walking Dead (or any number of sci-fi movies with these themes) won’t be disappointed by Eve #2.

The dialogue fits the world, but I’m not sure any of the characters sound significantly different than another.  This is a plot driven story, and there’s a lot of establishing details that need to be covered. LaValle does a great job of providing those details while moving the story forward.

It’s solid.  Wexler’s design works regardless of the form the Android is wearing.  The background visuals are being used to tell us story elements without having to talk about them (dinosaurs, ice melting, locations).  The action scenes are dynamic.  Mi-gyeong provides everything you’d expect from a modern comic with a generally toon style.

We are presented with a lot of plot threads in Eve #2. What happened to Eve’s mother? Why is Eve on Earth and her father in space?  Has the virus already started turning Eve (“I’m hungry. I’m scared. I’m hungry and scared.”).  How long has it been since the world ended (ten years, twenty years, twodays)?  Like many zombie future tales, it’s difficult to tell how much time has passed.  I have no doubt we’ll learn more details (and develop more questions) as the series progresses. 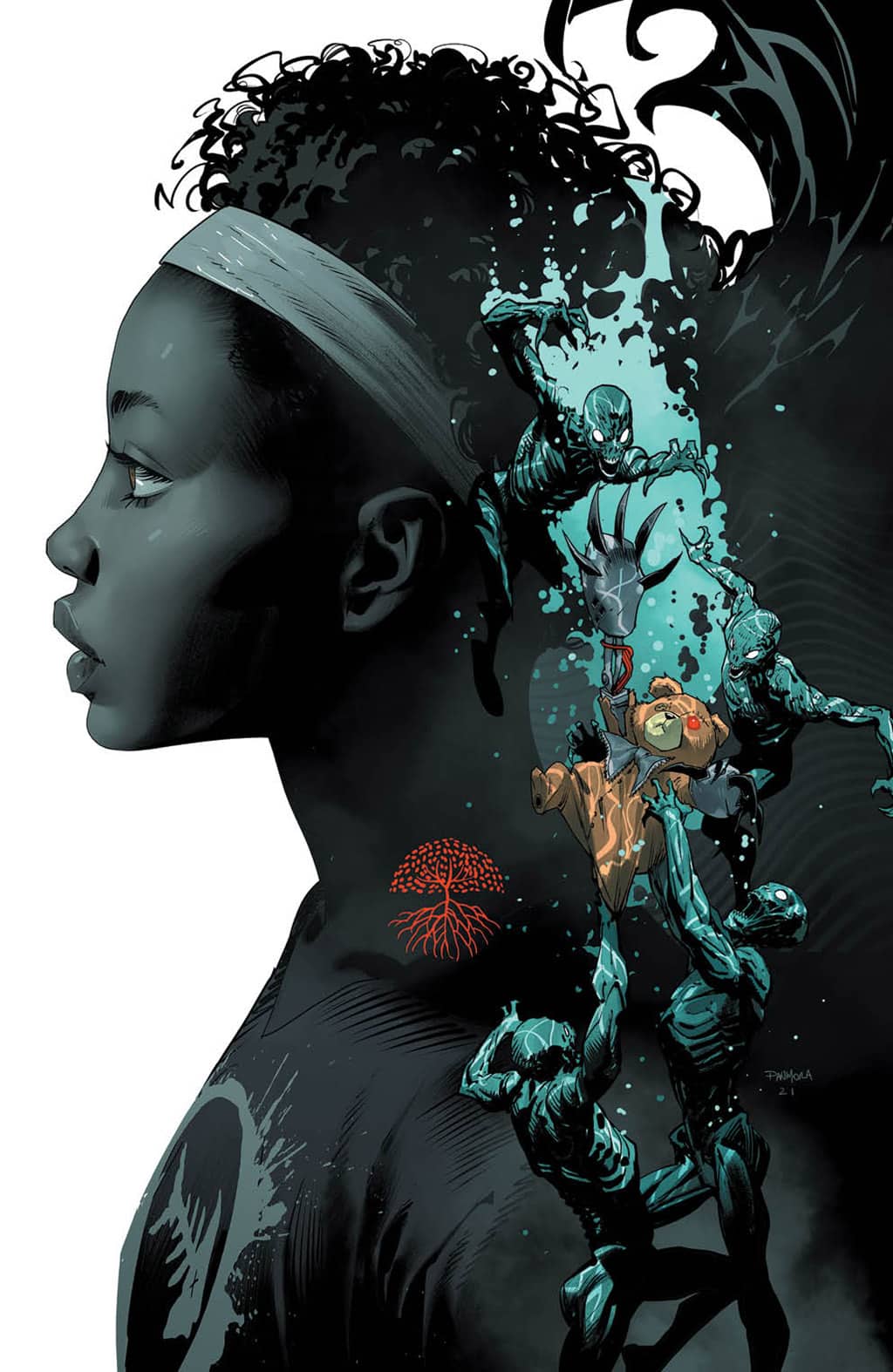 I picked up this comic on a whim, and I am so glad I did.  Two issues into the limited series, and I'm enchanted with the characters and the impossible adventure they are on. Zombies. Androids. Flooded climate. A wrecked world. It's every sci-fi fans favorite things. And the cliff hanger will leave you wanting more.

Eve #2: Jump on This Zombie Rollercoaster, We're Just Getting Started!