Event Leviathan #4: In The Dark 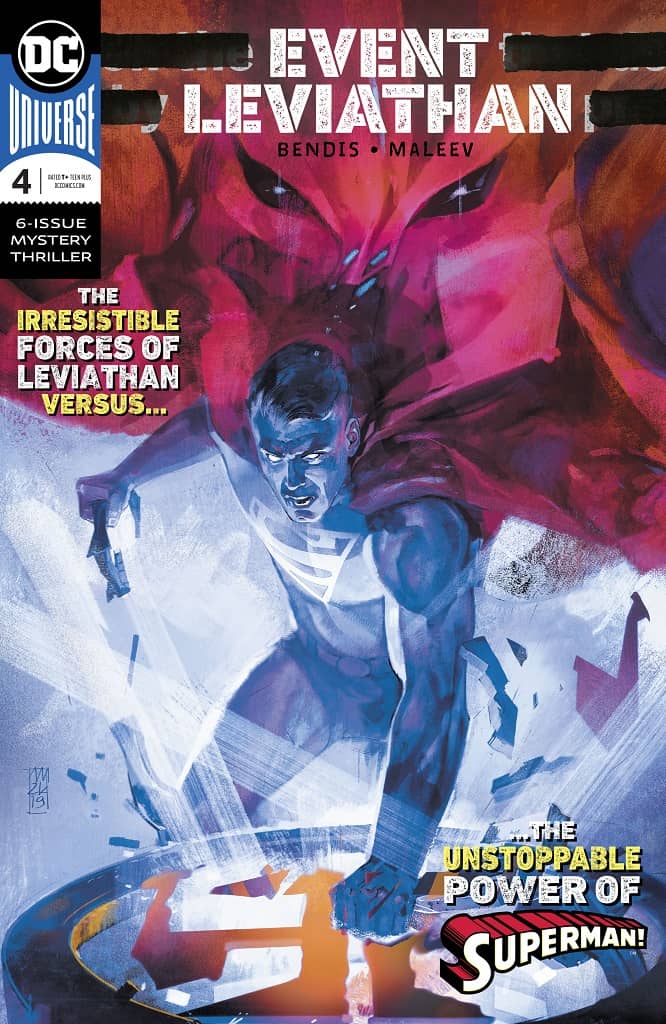 Batman and company are joined by Superman. Superman recalls his confrontation with Leviathan in the company of Batman and Lois Lane. The rest of the team of detectives gathers in the Batcave kitchen to discuss their own theories. Everyone still has no idea what is going on except Batgirl and another team of detectives. 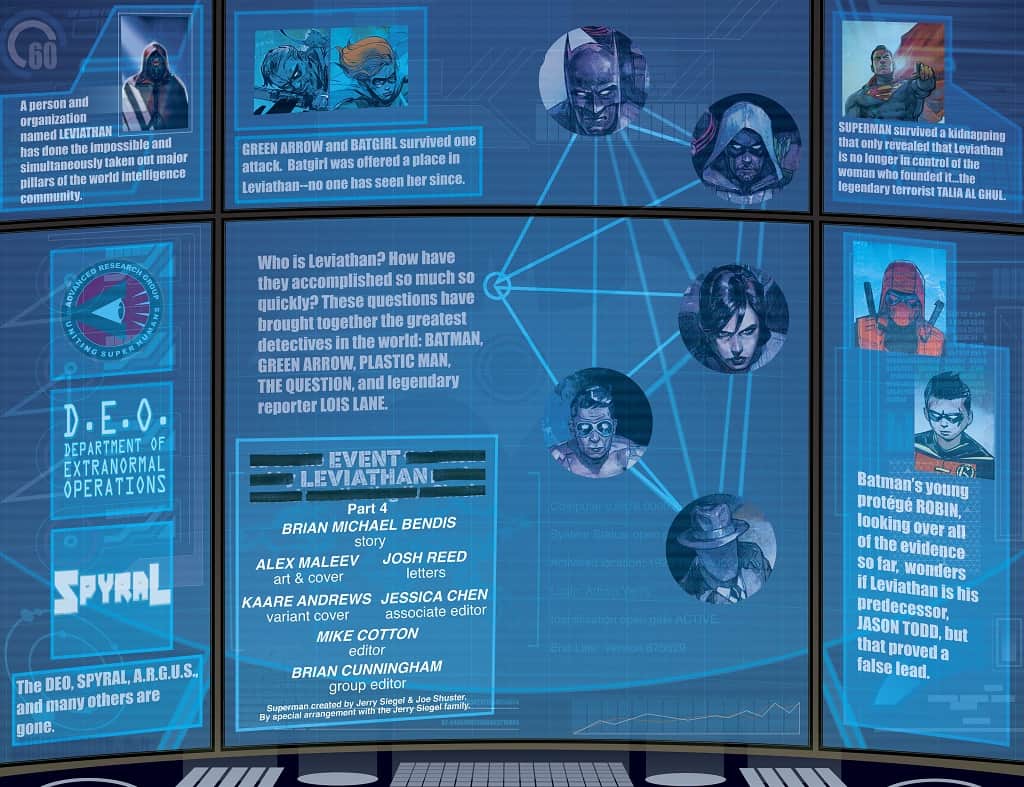 Let me begin my review by saying that the art in this issue was absolutely gorgeous. Maleev has his plate full with art and color duties and he is absolutely nailing it. Superman’s confrontation with Leviathan (or at least the dude that looks like a Hunter from Destiny) is beyond creative and immediately made me think of Kirby and Ditko’s cosmic stuff. On top of the stellar art, the story in this issue is absolutely phenomenal. Bendis is the master of throwing in a what seems like too many moving pieces and aligning them perfectly. I have no idea what is going to happen, but the pieces are rapidly spinning in a shroud or mystery, but I have complete faith in Bendis. The reader knows as much as the team of the world’s greatest detectives. 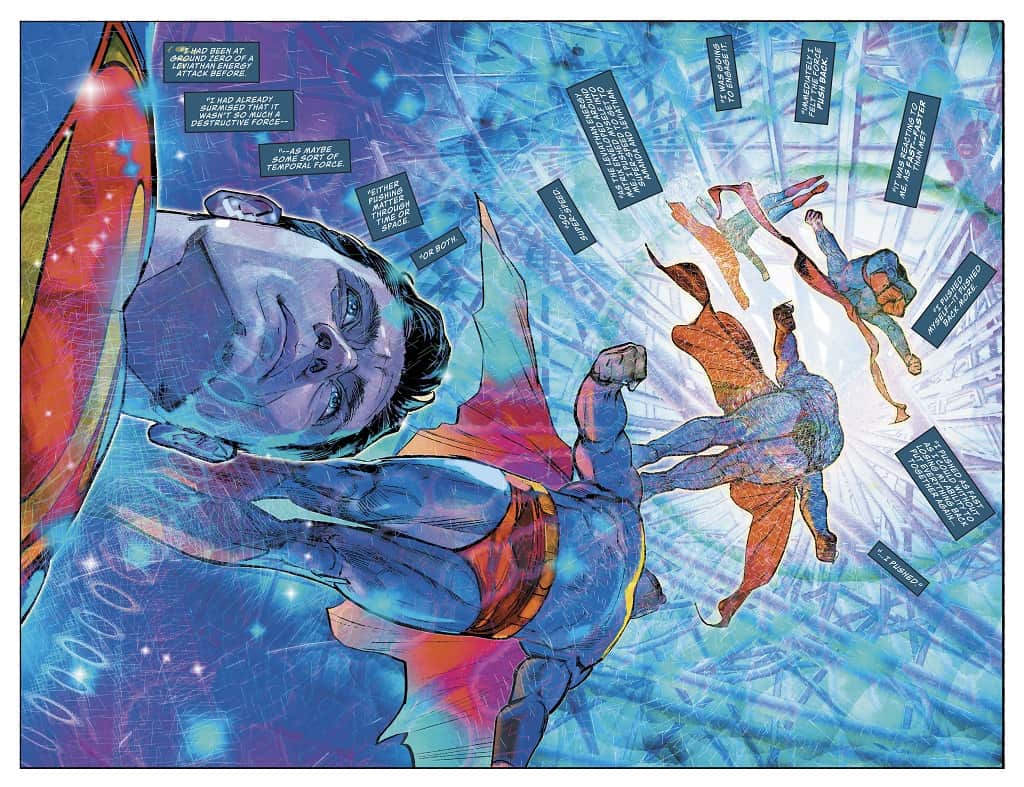 It is almost as if Leviathan will unveil itself precisely when it wants to be known. Event Leviathan #4 reveals that Leviathan is the combination of all of the organizations it targeted in Superman: Leviathan Rising as well as Action Comics. This makes complete sense after the discovery that Leviathan doesn’t obliterate things, it teleports them. Superman was teleported across the world, but no one knows where everything else was teleported. When an unexpected call from Batgirl reveals this information, she is cut off before she can reveal her location. Superman is on the case with Plastic Man in tow and Lane commits some grand theft auto with one of Batman’s exotic sports cars. This most exciting part of this issue was the very last page when Lane is confronted by another team of detectives led by Zatanna and John Constantine. Do they know something the others don’t or they all in the dark? 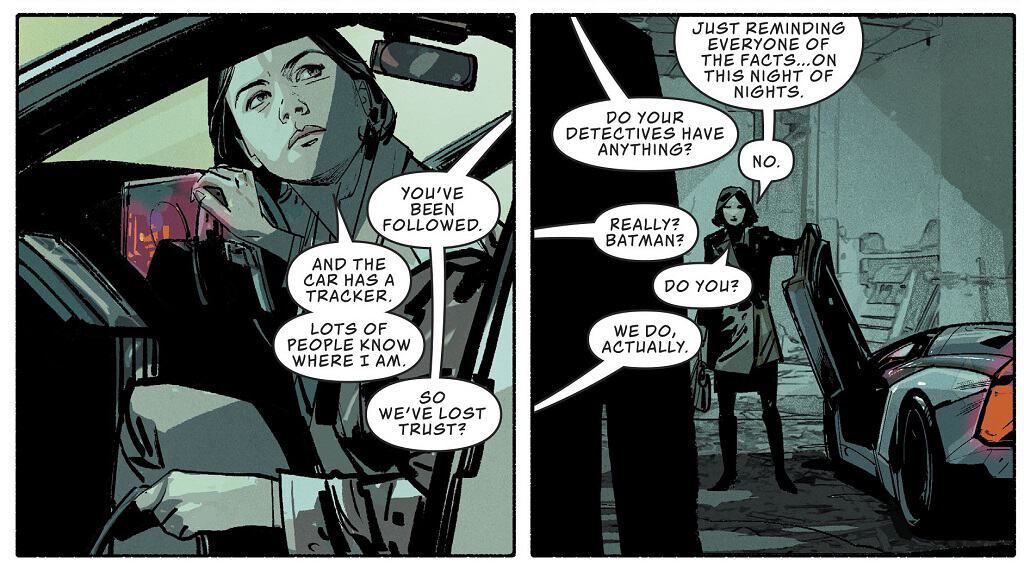 Every issue of Event Leviathan increases my excitement. Bendis has me hooked and at this point, the ride is so good I’m not worried about the payoff. Event Leviathan was essential summer reading and it looks like it will be for the fall too. Pick up a copy at your local comic shop or however you read comics.

Event Leviathan #4: In The Dark