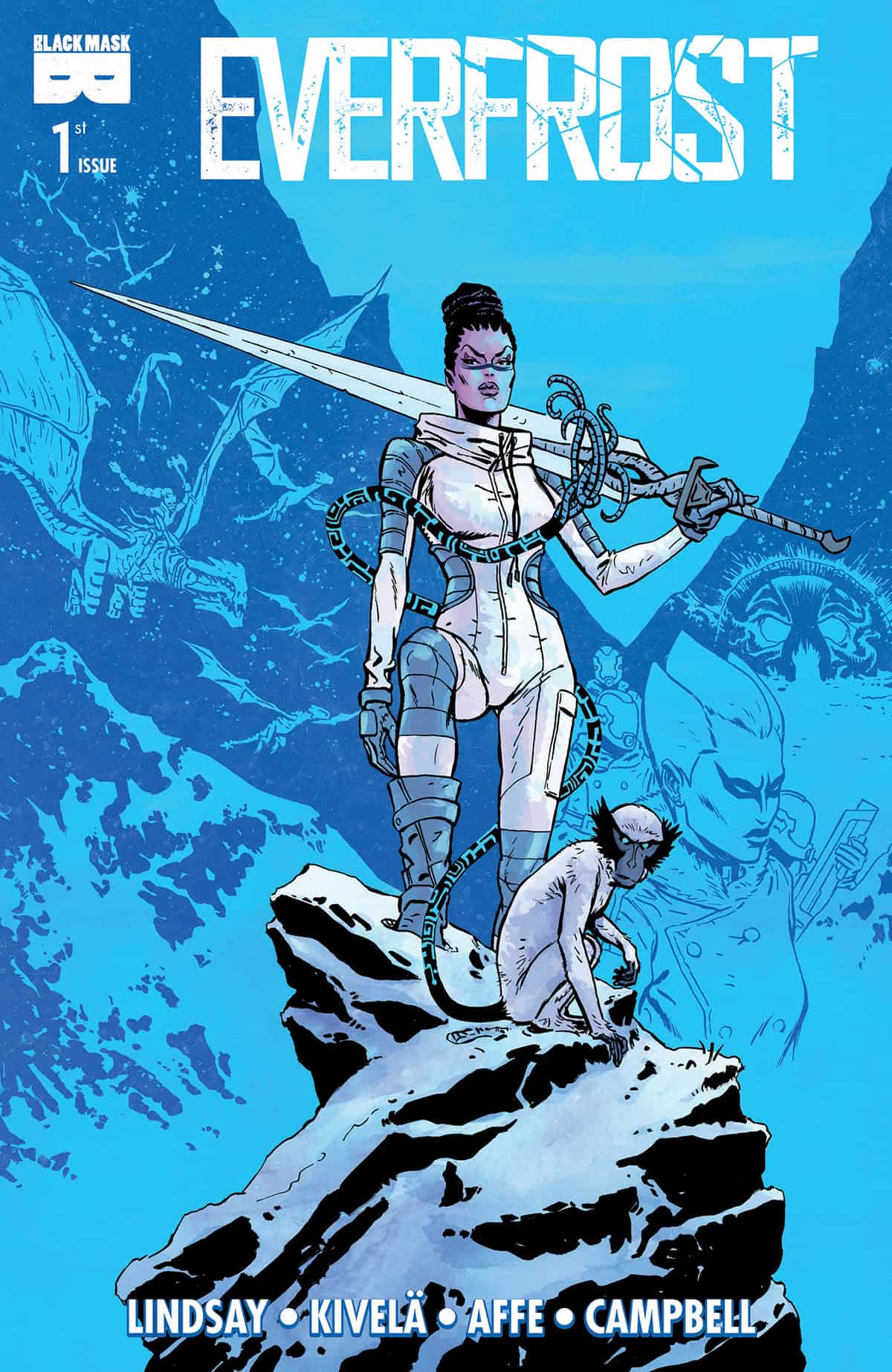 Van Louise retired to the ice coast so she could quietly find a way off planet from a world on the wrong side of societal collapse.

She biohacks a dead leviathan to orchestrate passage away into the universe, but her plans are about to get chewed up by a mounting war between the Warlords - violent gatekeepers for the global ruling party - and the Bloom - those who risk extinction living out on the water - as well as a family reunion with her son who she hasn't seen since he died in her arms when he was a child.

Dystopian fantasy Sci-Fi with a heavy dollop of human drama threaded through it’s center laced in the tragedy of a world in turmoil and decline from a cataclysmic event is what Ryan K Lindsay and the team serve up in this opening issue and I am here for it! 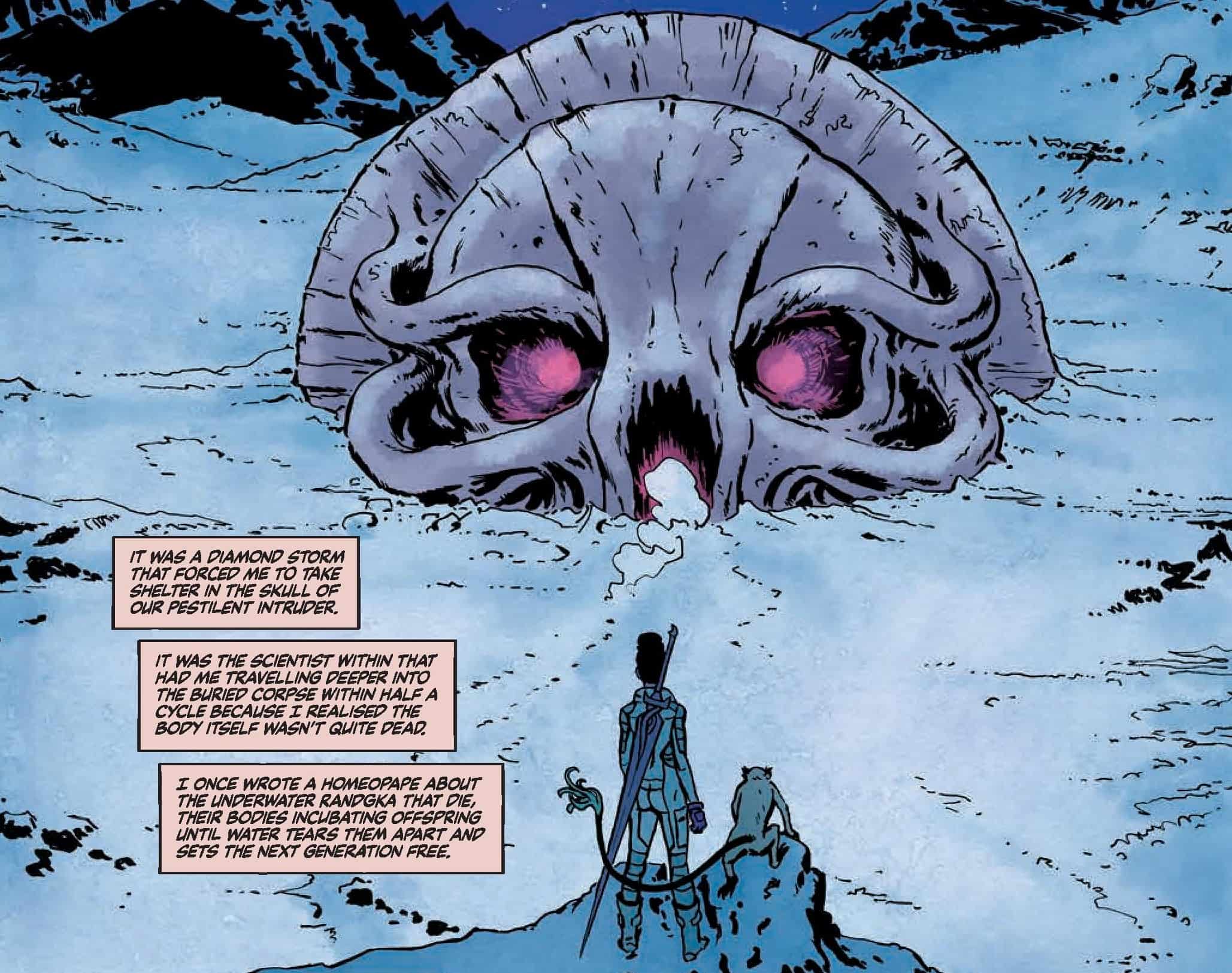 Lindsay throws us head first into a very well constructed sci-fi world where the central character Van has left her old life behind marked by a tragic set of circumstances that ended in the death of her loved ones. Van has made her way to the head of the carcass of the giant space creature that crashed into her planet and has been poisoning and killing off the planet. She along with a carnivorous sentient simian creature with a very interesting prehensile tail are seeking a way off the planet as it’s a dying just as her old life has died. Side by side with Van’s personal journey we get some proper world building as Lindsay introduces the second plot point focused around the warring factions of The Ward and The Bloom in a spectacular combat piece which pits the two against each other. The world we find ourselves in is a gloriously weird blend of fantasy with Dragons and mythical alien creatures combined with super advanced technology where a person can be brought back to life using only their head on a robot body and cloning exists side by side with size modification technology yet all the while you feel the decline of this world as an invisible force on the page. What’s so striking about this is the way in which Lindsay writes it. It’s sophisticated, esoteric and mature with smart and emotion driven prose that assumes a certain maturity of the reader but manages to be wildly entertaining at the same time. This may be one of the best sci fi debut issues I’ve read since Saga and I am deeply looking forward to the exploration of the themes as well as the world Lindsay and the team have laid out in this opening issue. 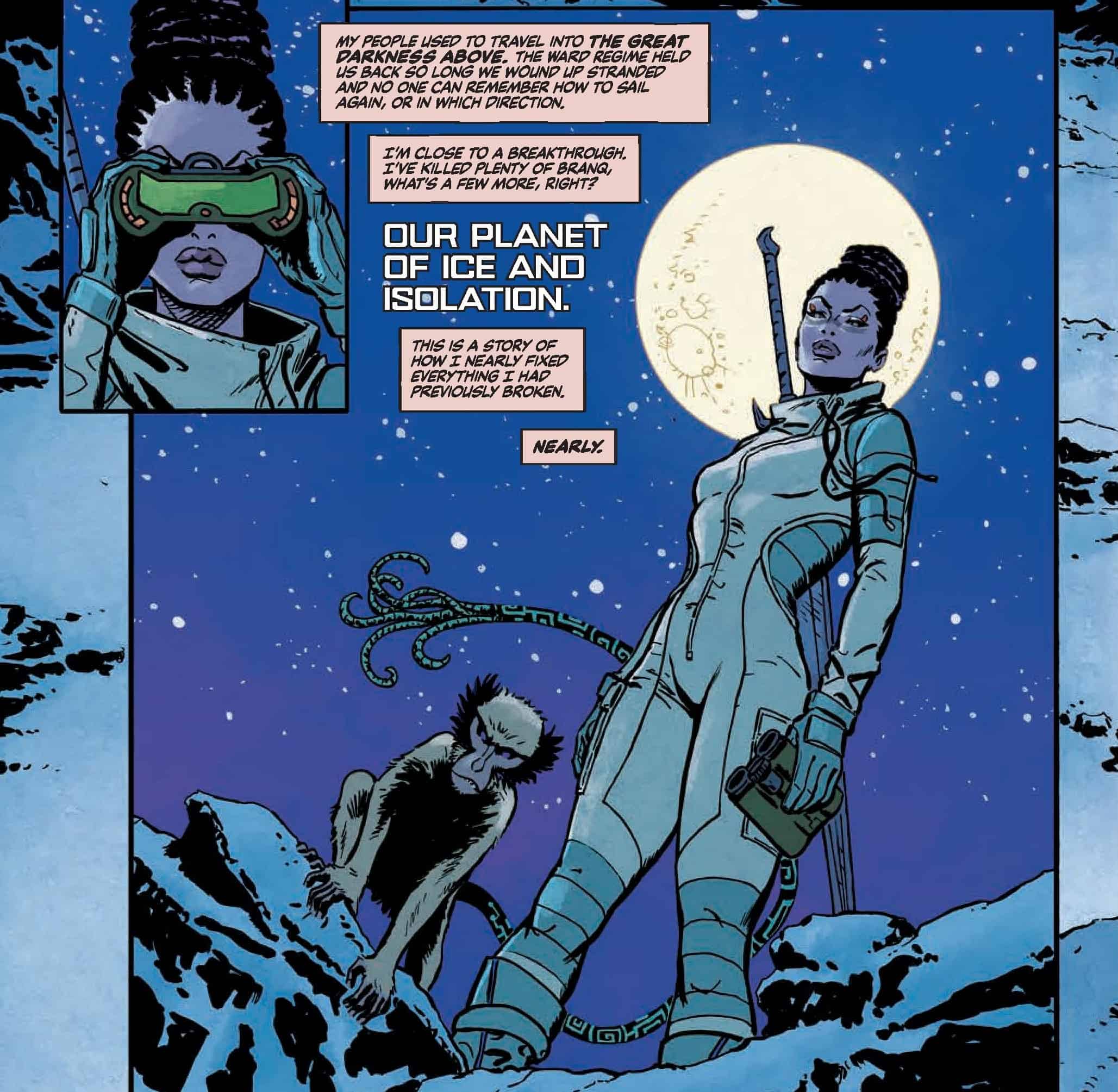 Then there is the art. Sami Kivela has created a beautiful and exceptionally well balanced opening issue with all the marvels of an alien world that have a superb and weighty sense of scale and otherworldliness from the creatures, landscapes and technology with a strong interpersonal moments between characters. Van and all the characters are wonderfully rendered in detail and consistency with uniqueness of look and facial expression. The thing I love about creator owned books is when you get a sense off every page that everyone on the team has poured their hearts and souls into the book and that’s something that I get from this issue and it’s that love that makes the already engaging writing and art completely irresistible. Colorist Lauren Affe’s pastel like palette with it’s ice blues, purples and oranges add a lovely muted mood this world in decline that the team have created. Jim Campbell is as usual rock solid on lettering. 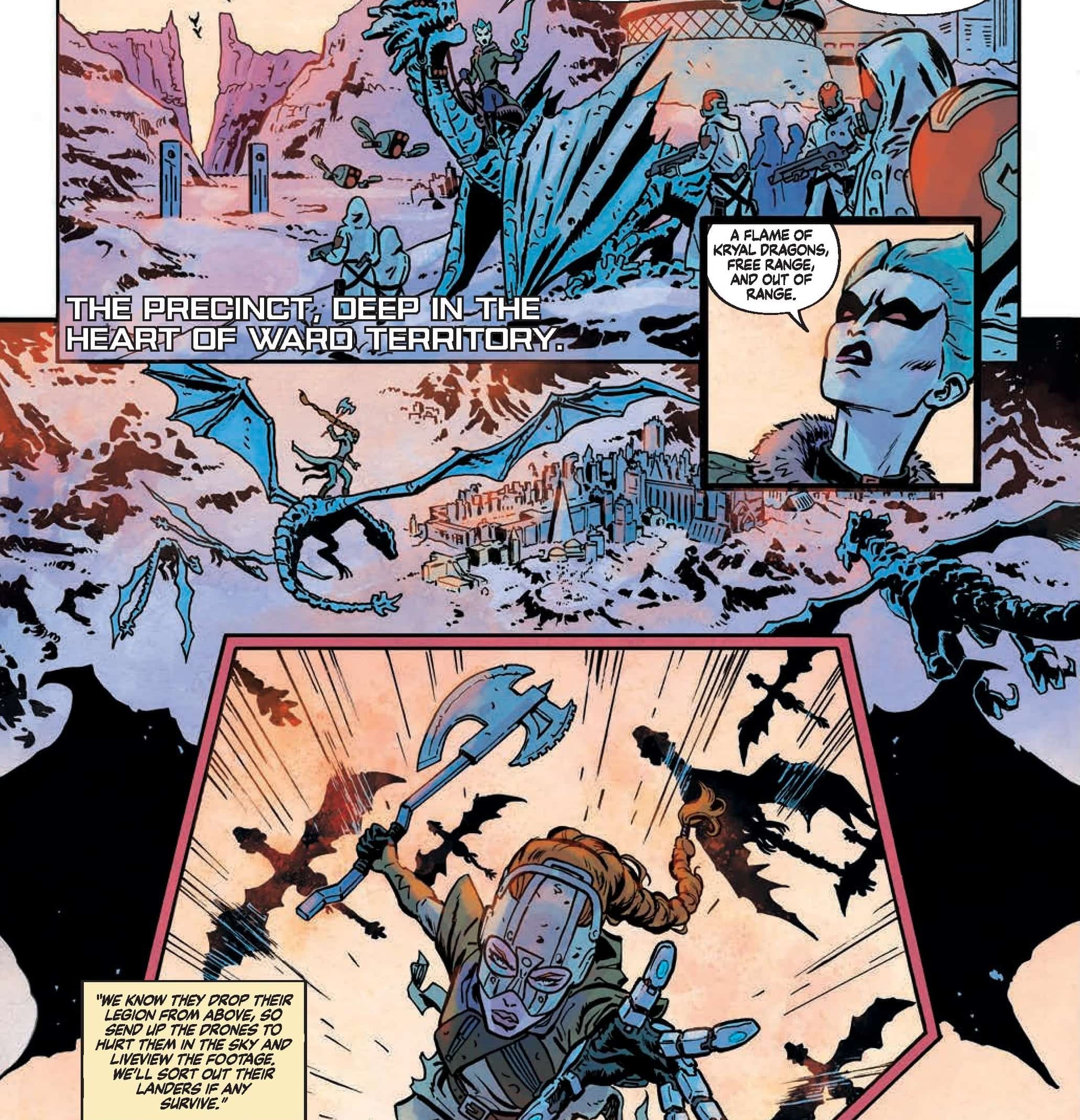 Special mention about the cover. I wont lie I do comics press…I’m inundated with info about new comics all the time… but the cover is what put this book on my radar when it ran across my feed on social media. It’s striking and memorable with the choice of limited color palette making it eye catching and isn’t that exactly what a cover should do?

Oh and p.s shout out to Kivela for sneaking this in lol: 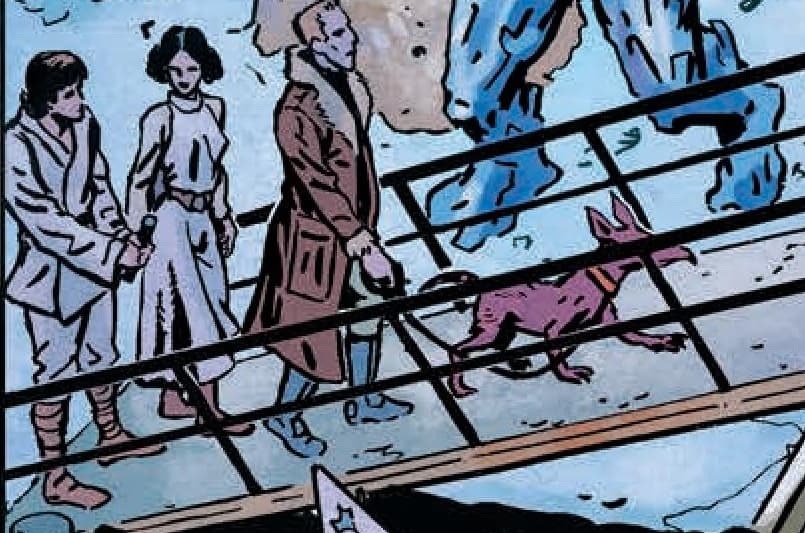 EVERFROST #1 is a remarkably well executed debut issue that serves up a perfect blend of dystopian fantasy Sci-Fi with a heavy dollop of human drama threaded through it's center laced in the tragedy of a world in turmoil and decline. Highly recommended to fans of esoteric Sci-Fi