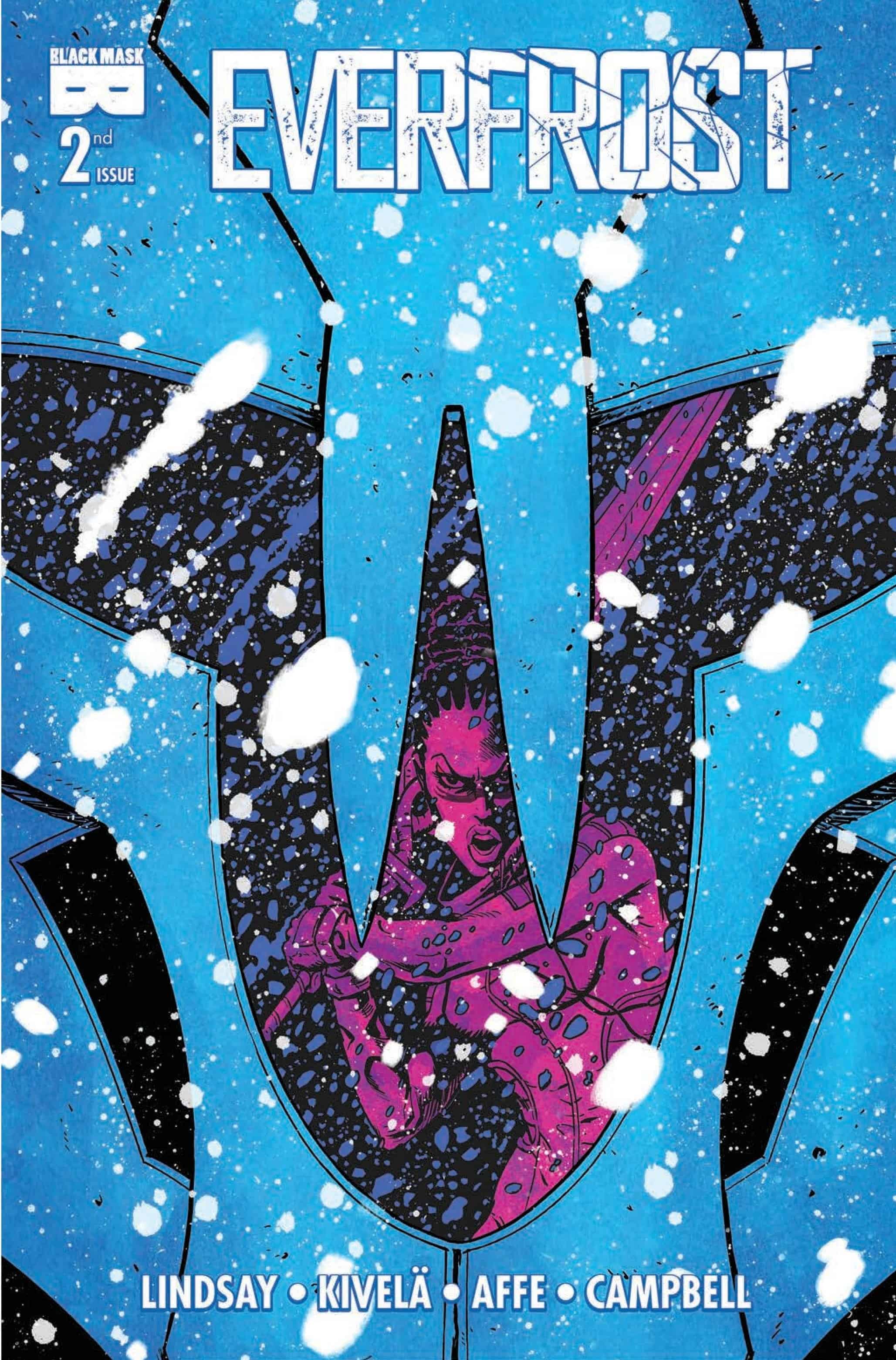 Van and Eight have stepped back into the bustle of the Precinct to discover her son is still alive, there's an epic war between the Bloom and the Warlords bubbling over, and time has become a little fluid since she went out to live on the ice. She needs a whole mess of answers, so she goes to the one person she thinks might be able to help...her mother

There aren’t too many comics I read where I don’t grasp everything that’s going on. Most of the time I can see to the heart of what I’m reading but Everfrost #2 is one of those times I cant and it’s both a thrilling and confusing experience which in some ways mirrors the main character Van’s confusion as she finds herself displaced in time and orientating herself in a world which she no longer fully recognizes. Lindsay emphasizes this apartness in Van; she left the world behind and returns to find a world further in decline even as she seeks ways to get her son’s DNA back and stop it being used to make clones… and find a way off the planet. 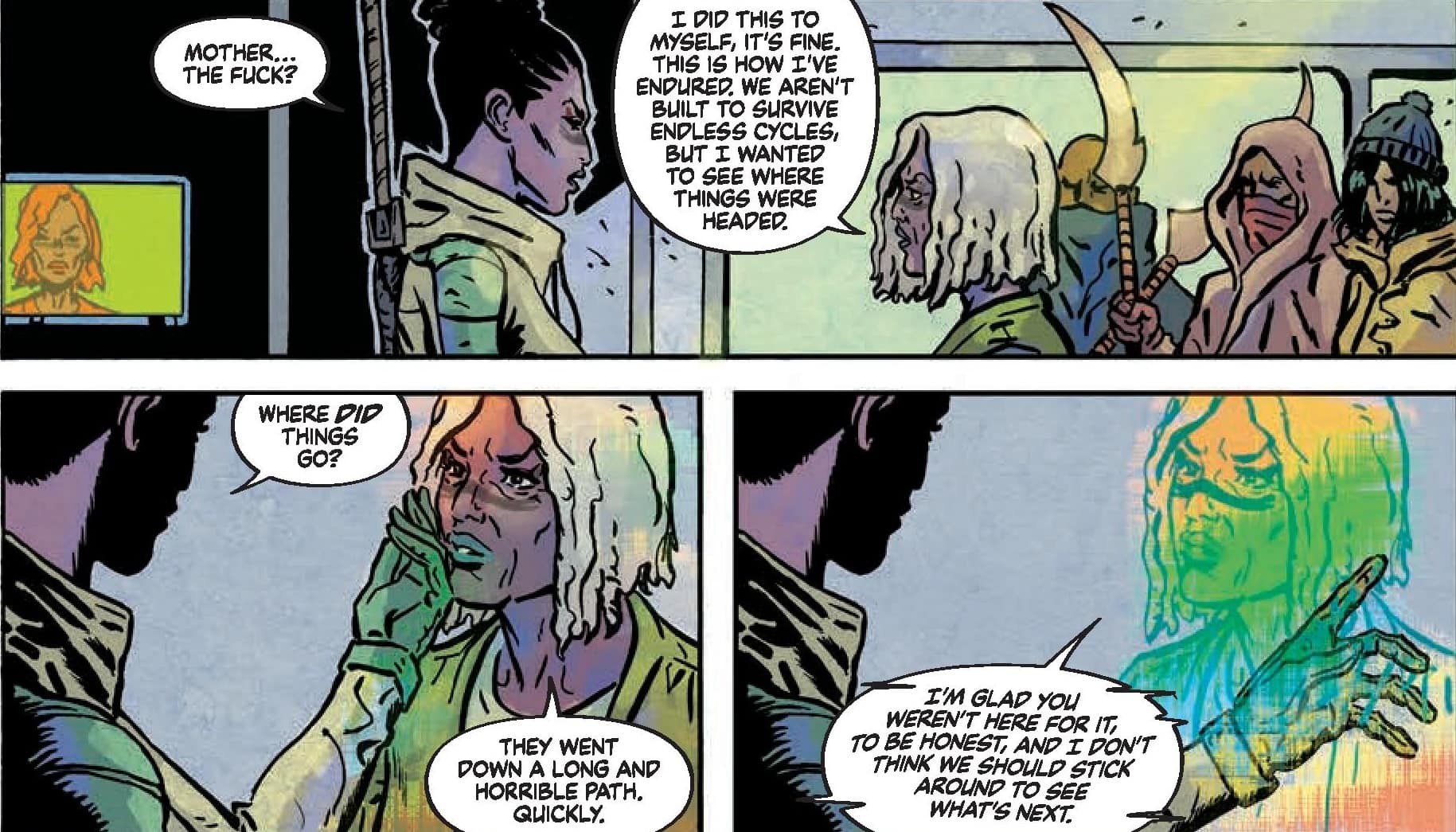 Lindsay really isn’t afraid to just drop you in it and have you wade through this very alien world torn apart by a conflict Van has no interest in beyond reclaiming what she seeks. We get a bit more orientation in the geo political landscape of this world and The Bloom which are the resistance power in this struggle against the Warlord’s and Lindsay shows of some very cool sci fi ideas one of which is Van coming face to face with her Mother but not a flesh and blood version but rather a holographic intelligent and aware simulation preserved in multiple portable super computers. It’s a surreal idea, a quasi immortality bound to the memory banks and processor units and Van debates her quest with her mother before being given some of the information she needs to help her locate her sons DNA. The rest of the book finds Van amid the conflict between the Bloom and the Warlords as she continues to cut down the clones of her son and forms an uneasy alliance with a Bloom member to find the Ward’s DNA storage facilities for what she seeks only to have commit an act of violence amid the Bloom camp which could get her killed…

There’s a last page with a man under water and an ominous piece of prose attached that I haven’t figured out yet and that’s part of the cool thing abut this book, there’s a mystery to it that bares scrutiny and analysis and makes you think about it after you read it.

Kivela and Affe continue to be sterling on this book as art and coloring blend seamlessly together with the writing to tell Van’s story. Frosty blue permeates almost every page and you never forget that despite the high tech world they build for you, you never forget that this world is in decline. It’s sci-fi dystopia done right as Kivela balances the moments of talk with moments of extreme and graphic violence with some absolutely brilliant paneling. The second last page of the main comic as Van enters the office of the lieutenant does an incredible job in three panels showing Van’s eyes and without words you are taken through her internal emotional journey before she acts. 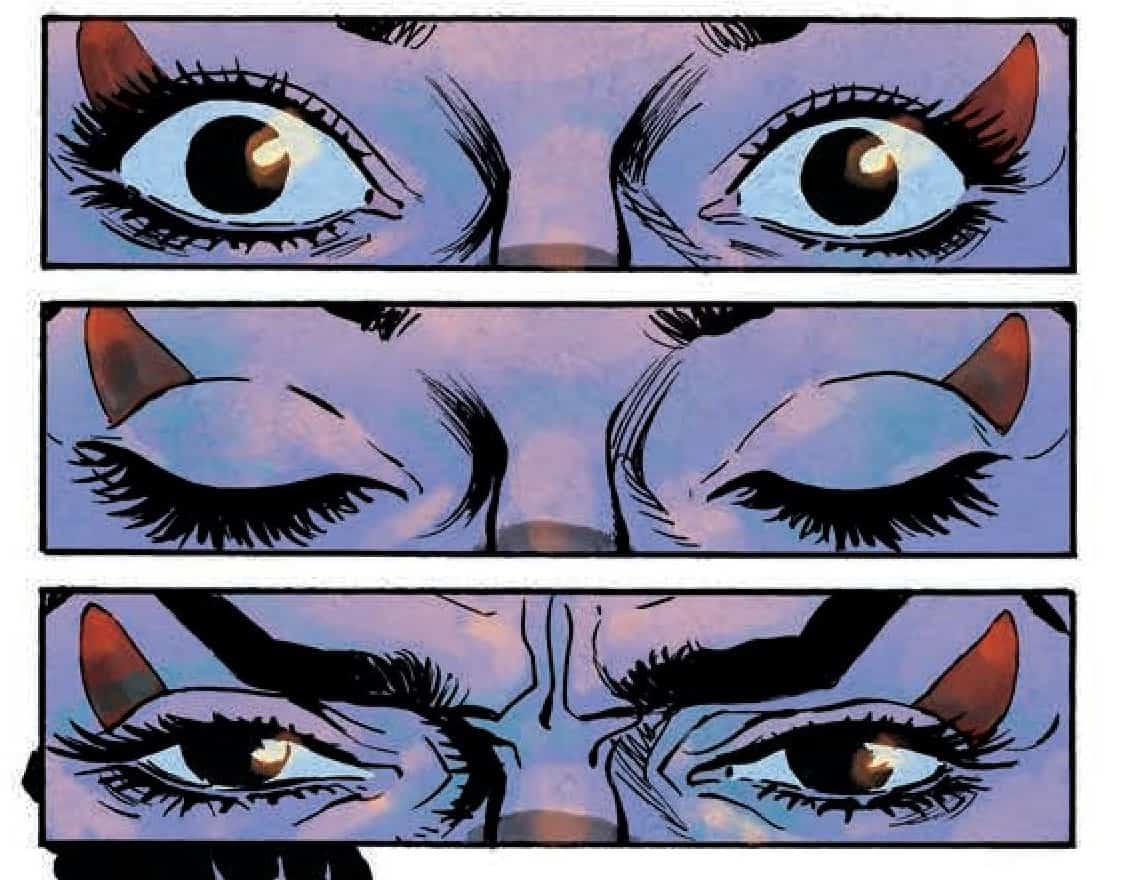 EVERFROST #2 continues it's main characters quest to abandon her dying world by brilliantly exploring Van's apartness from the conflict she steps back into. It  does so through superb writing, fantastic art, honest believable character interactions, inner monologue and very adult violence. It's smart adult science fiction imbued with a fantastic sense of mystery one cannot help but be drawn in by.