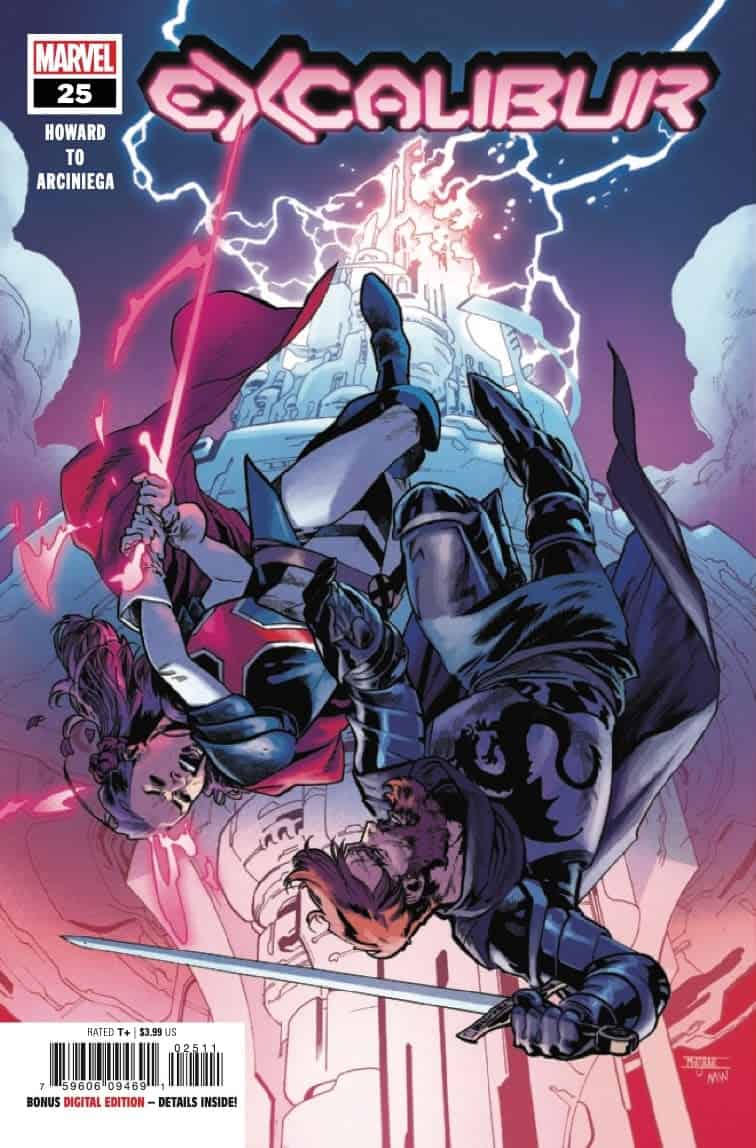 THE ONE TRUE KING RETURNS! And he's here to exterminate the witchbreed! King Arthur and his army turn Otherworld into a battlefield—again. Backed into a corner, Betsy Braddock makes a desperate choice that will reshape the realm—and mutantkind—forever. The fate of the Starlight Citadel is at stake, and if the Citadel falls…so falls all reality.

Seeing the dinner scene of Betsy with her old friends supporting her taking the mantle of Captain Britain is nice to see. I appreciate how Howard makes sure to have sweet moments between characters when they are out of costume. Howard delivers when it comes to getting readers to connect to a member of Excalibur. This series has shown how difficult it has been for her to be accepted in the role even though she’s clearly the perfect candidate.

I do love seeing the family dynamic of Betsy, her brothers and Meggan. I really love how Howard writes them as a family that knows strategy incredibly well. Brian and Meggan’s daughter Maggie absolutely shines in the preparation before battle. I like this scene as even though she can’t fight like her family she could still be influential in helping them win against Arthur.

Throughout the rest of the issue we see Betsy and the team come into conflict with King Arthur and his creepy army. When it comes to the big moments of battle the artistic team continues to shine in how strong they present our heroes. It’s certainly not easy to draw multiple group fight panels in an issue and To demonstrates their skill in bringing those scenes to life. Arciniega uses color so effortlessly to create the psychic effects of Betsy’s abilities.

Even though I do find myself enjoying the scenes of the rest of the cast rallying themselves up for a fight I do still wish to see more dialogue from members like Jubilee and Gambit. I do get a huge focus of the narrative on Betsy as she is the leader, yet more scenes for the other cast would be appreciated.

I’m very curious how this end scene sets up an issue of Betsy and Saturnyne being separated from the team. It’s no secret that Excalibur still has their suspicions about Saturnyne’s intentions. Maybe the two being stranded is what they will need before going forward.