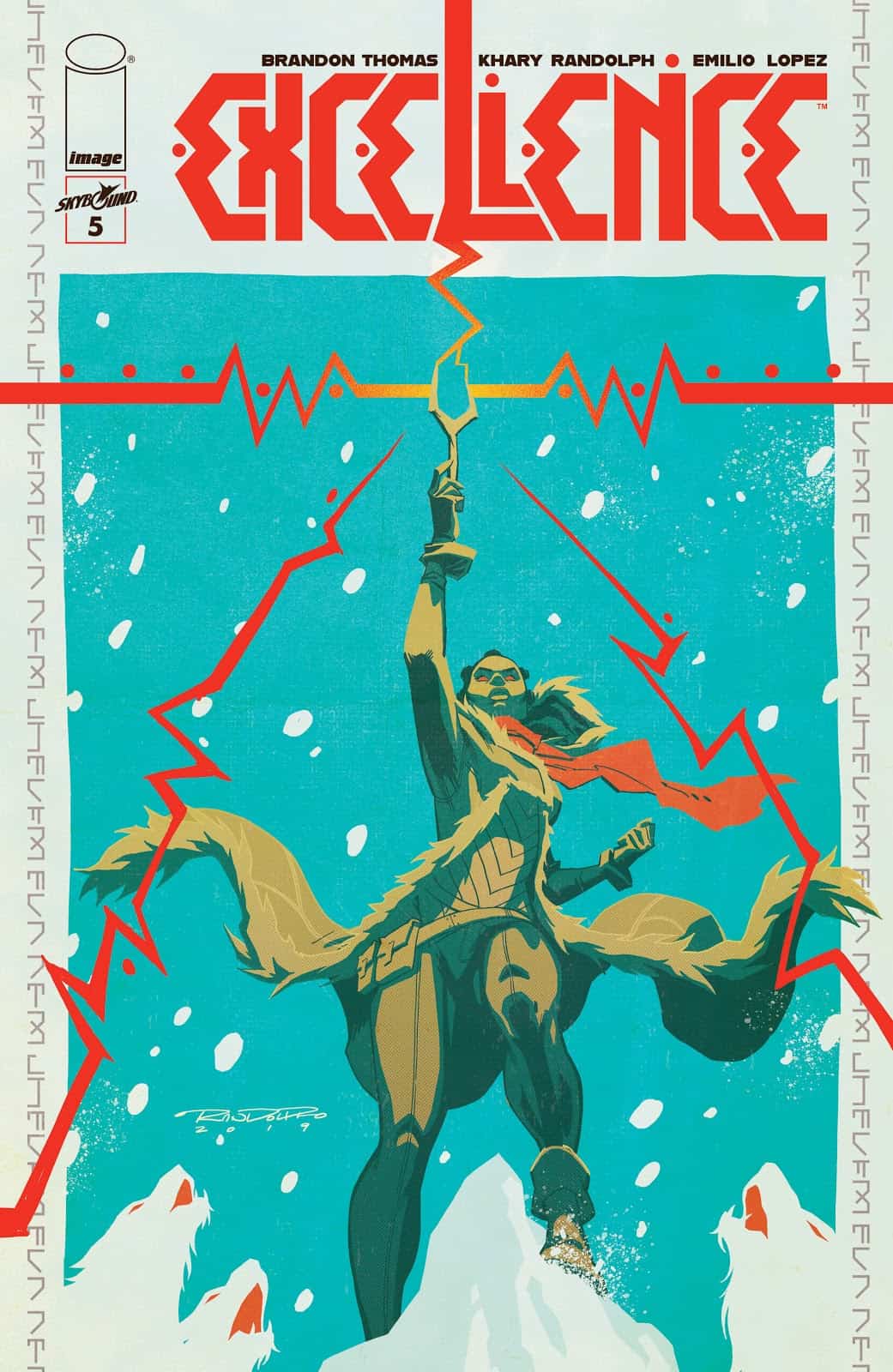 Spencer Dales, a young man from a family of magical protectors comes into his powers late and frustrated, but with perspective that challenges the status quo. His potential is constrained by rules of a society that forces him to be unseen while protecting those who others deem worthy of his protection. As his powers excel, Spencer seeks the approval of his father, live up to the expectations of the family name, and confront the unjust rules of society.

Last issue, Spencer and Aaron lie in a hospital bed and travel the foggy memories of the massive fight between these two childhood “brother-like” friends. The two wake up in two separate rooms, Aaron with Mr. Dales and Spencer with his mother. Aaron defends himself to Spencer’s father, Mr. Dales with concerns of Spencer’s anger issues. Spencer’s attitude and short temper gets the best of him and mother Dales, puts her son in his place. It is forbidden for females to use magic, but who going to argue with a strong black woman, especially a mother? By the end of the Excellence #4, both Spencer and Aaron in two separate rooms, mind you, state the same thing; “I can’t remember”. There is a strong connection between Spencer and Aaron, but emotions of jealousy and anger tare them apart.

Image Comics presents Excellence by Brandon Thomas and Khary Randolph with high emotional dialogue to precise details connecting a world of magic and society rule of classifications. In the fifth issue, memories and all the feelings with them collide as Spencer deals with the aftermath from fighting with his buddy, Aaron. The consequences are clear on the first page as Arron is still incarcerated. The memories of one’s self slowly depleting as another’s takes over. This shit is eating Spencer up inside out and to break this connection, he needs Aaron’s wand – or – does he? It seems that Thomas is setting up clues for us to collect as he led us through Spencer’s emotional roller-coaster ride. 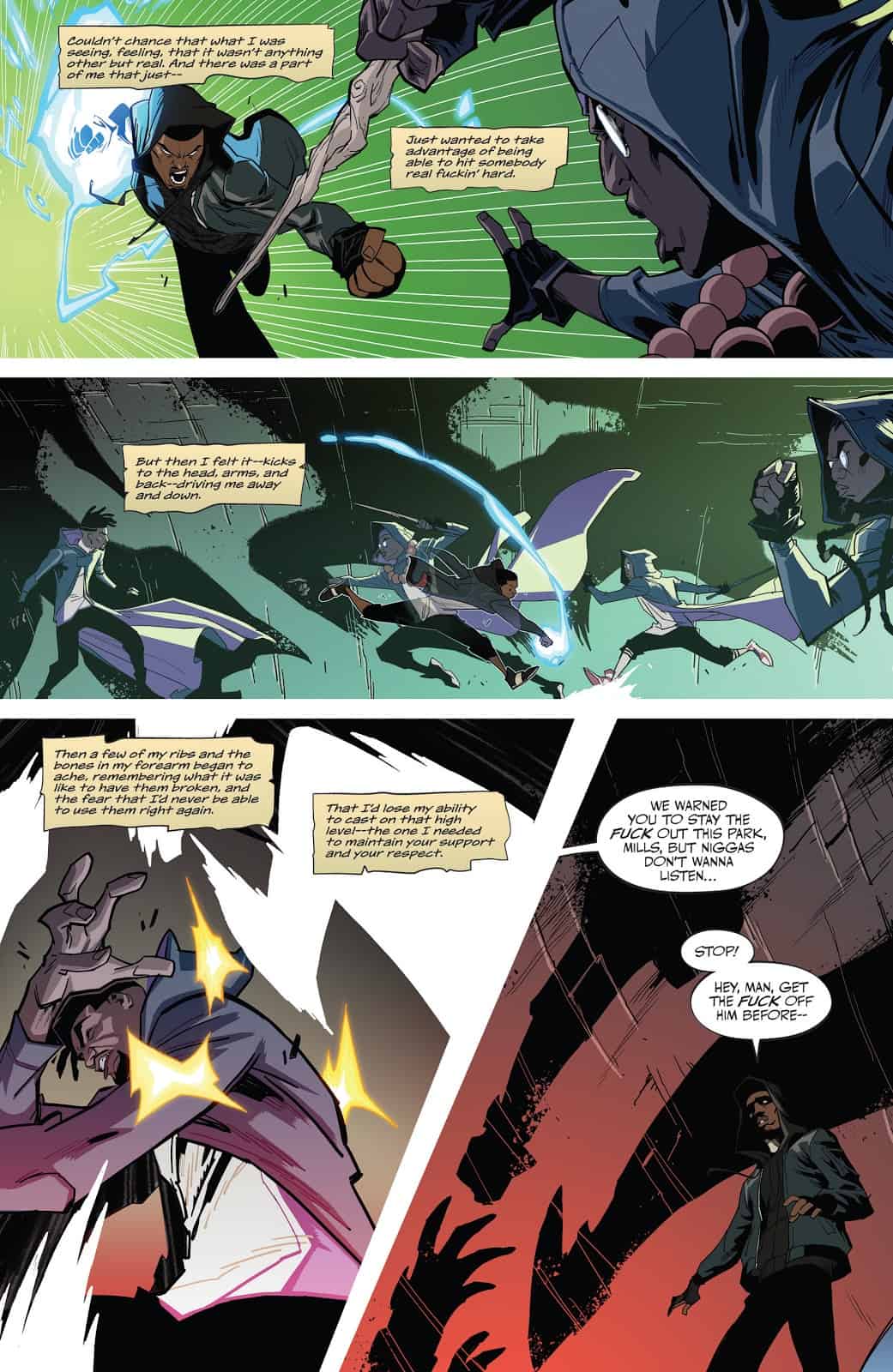 Meanwhile, Spencer’s dad has his own regrets and demons to fight. Mr. Dales assigns a woman, Monique, to keep tabs on his son. As a token of appreciation, Mr. Dales throws her a bone, well actually, a magic wand. Oh daddy dearest is knee deep in this shit for him to break the fourth rule of the four walls. Mr. Dales reveals two major bombshells and Monique seeks out her mission. Spencer is wise to his father’s spy and the corruption. In an attempt to deactivate the aura on Aaron’s wand and break the spell that has left the two souls connected, Spencer breaks away from Monique and finds his way into a secure vault called the “floe”.

Thomas uses some hardcore adult language, but the dialogue is very acceptable. He chooses the words and timing to engage the reader in a deep culture. Randolph’s artwork excels a hip-hop superhero style that intrigues the imagination. Emilio Lopez uses beautiful bright and vivid colors to bring out the magic in each panel. It’s the power of Deron Bennett lettering that draws the attention and guides the reader to connect the all aspects of this story.

EXCELLENCE #5 (Thomas, Randolph, Lopez): Daddy dearest breaks the rules and there are consequences! Family is put to the test!