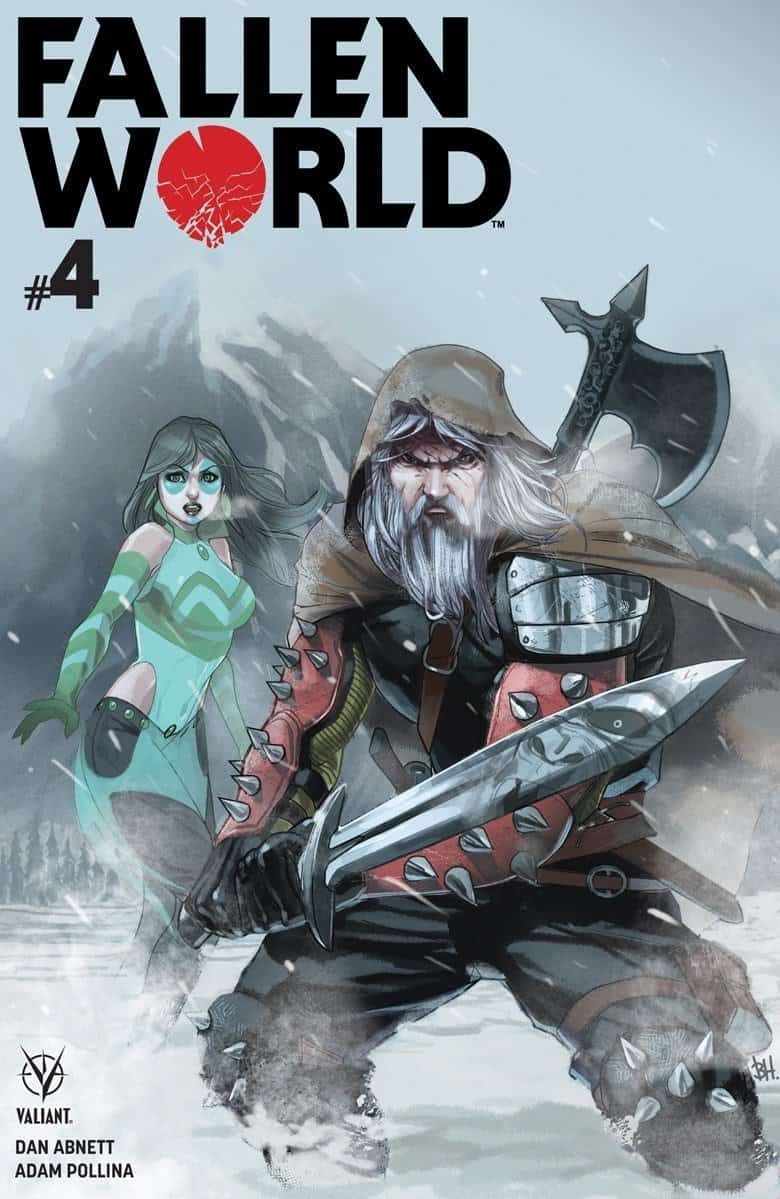 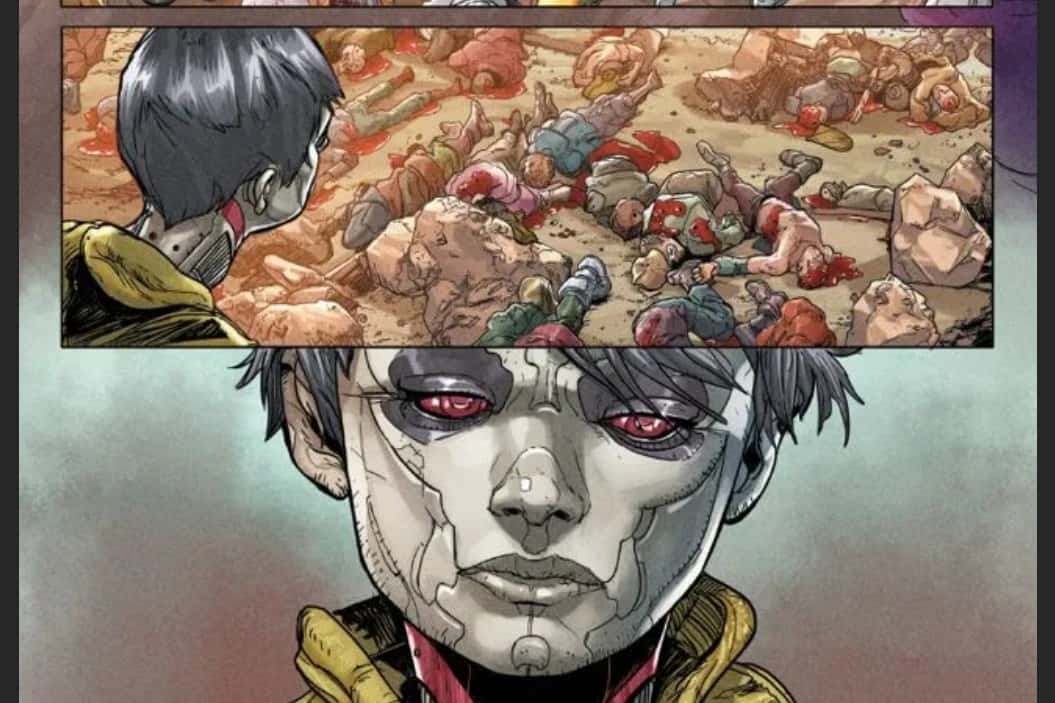 Just when you thought you'd seen the worst out of control AI could do, Fallen World kicks it up a notch. The former antihero Bloodshot now completely overtaken by Father's tyrannical programming and a legion of cyborg jihadist goons by his side, well the bad guys have the deck pretty heavily stacked in their favor. When Bloodfather launches a massive strike on the last standing city of New Japan it goes from bad to worse, a flying fortress overshadows the small settlement raining down death from above as Bloodfather's forces are joined by traitors from within.

Rai arrives with the most awesome animalistic cavalry one could want but the question is, will their efforts make a dent in the unruly holocaust unfolding around them. Elsewhere as the world above shakes with war, the mysterious War Mother reveals her role: she intends to make a weapon of war out of the pacifist Karana the Geomancer, who might be the planet's last hope for survival if she can learn to turn her vast yet peaceful powers into an equally vast destructive force. Karana is given the choice to take this option or be forced to stand down as Geomancer in order to give rise to another who has no qualms about ending life, AI or otherwise. Seems pretty cut and dry until you remember in order to pass on the mantle of the Geomancer the previous host is dead or dying.

Sowing seeds of discord into both sides of the conflict, Abnett has set the stage for one insane showdown. I mean when you have cyborgs going full massacre on anything that dares defy their Big Brotheresque overlord, the only logical thing to do is ramp up the crazy right? I’d say he takes the dial up to 11 but Abnett shatters that scale with glorious pages of elephant man crushing bodies with an unreasonably gigantic mace.

Speaking of beautifully drawn, Pollina is just upping the A game each issue. Perfectly capturing emotion and signature style with every panel and every character. Karana blossoms from each panel as the zen like pixie she is while Bloodfather claws into your eyes with every bit of menace he’s written to be. Very few artists can flex their muscle so well meshing so many different elements of fiction into one tale yet Pollina does it in a way that seems effortless yet constantly impressive.

I seriously cannot rant enough about what a solid book this is, each page is more delicious than the last. Once it ends, you're hit with that bittersweet flavor you loved as a kid when you got to the last page of a wondrous story, then comes the adrenaline rush of knowing an insane ending is right around the corner and with each issue building up so flawlessly so far the anticipation is too real. The long and short of it is, Dan Abnett and Adam Pollina are some kinda futuristic wizards because this book is pure magic.