Female Furies #2 (of 6): You Can’t Force Beauty When You’re a Beast 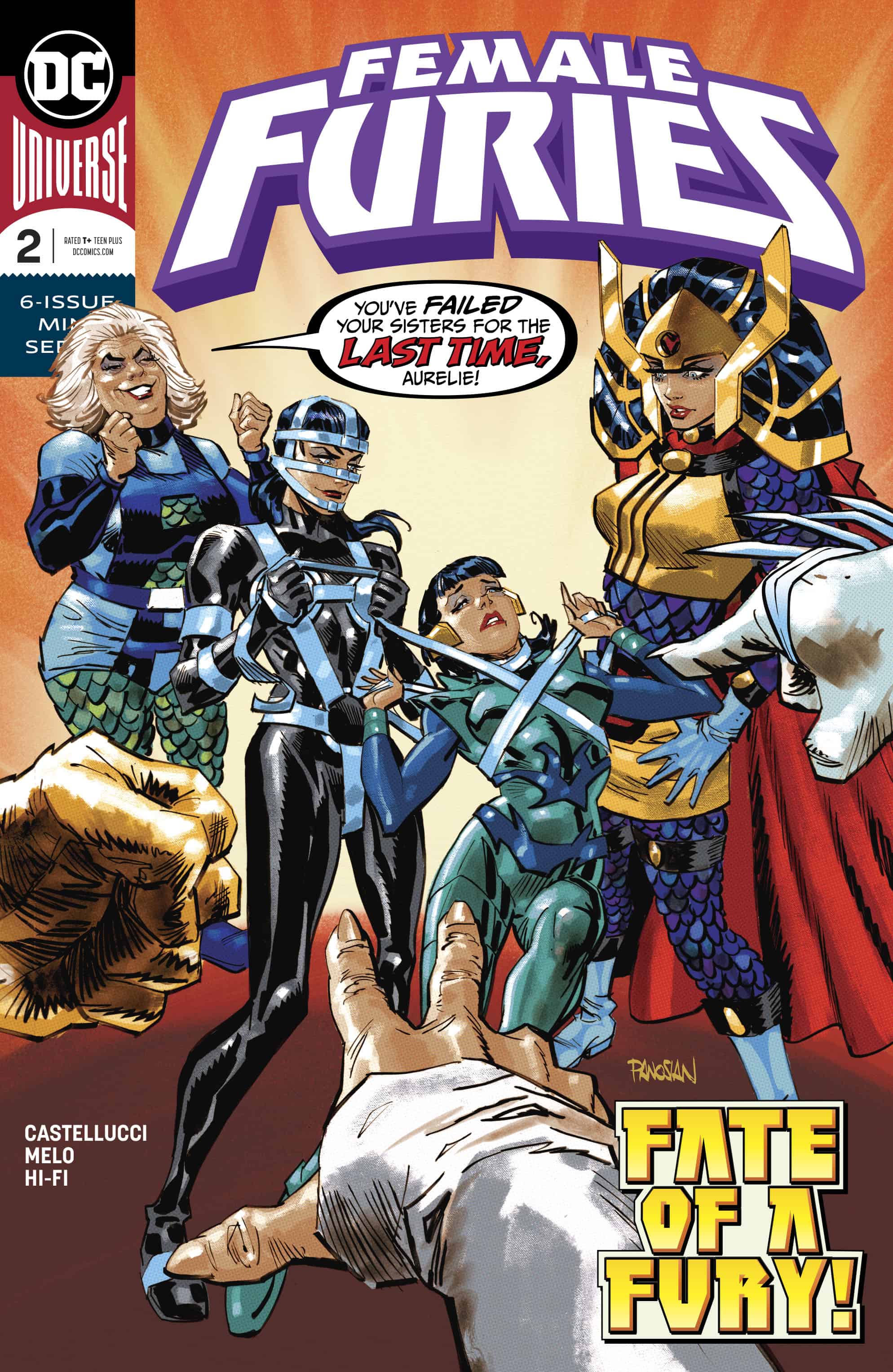 The repercussions of Willik's ongoing sexual assault of Female Fury Aurelie begin to unfold in multiple ways: Her fellow Furies don't believe her... 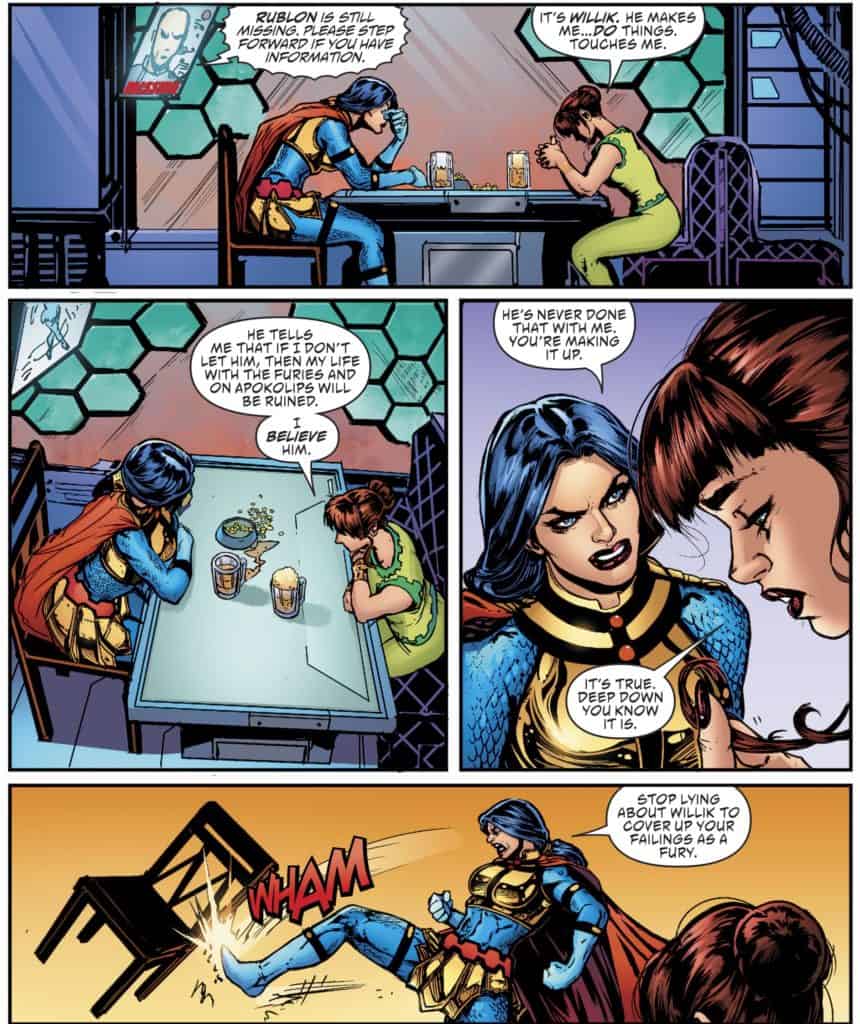 Her work is suffering... 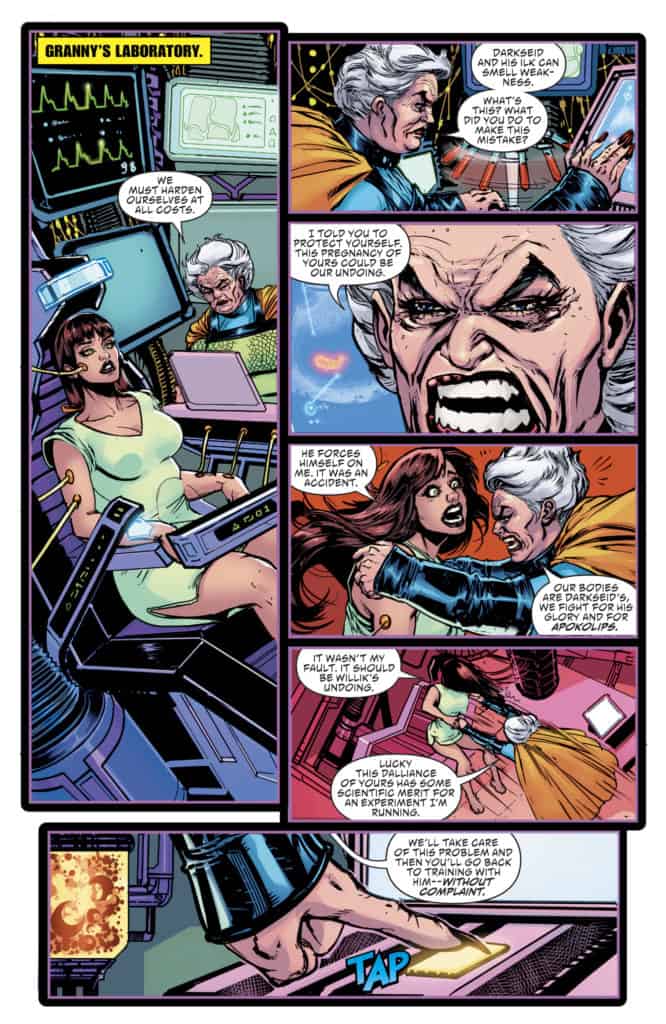 But Willik's actions have a much further reach than just Aurelie and her immediate vicinity. Steppenwolf has discovered his bastard Rublon has been killed...

...And he's out for blood, even if he's targeting the wrong suspect. 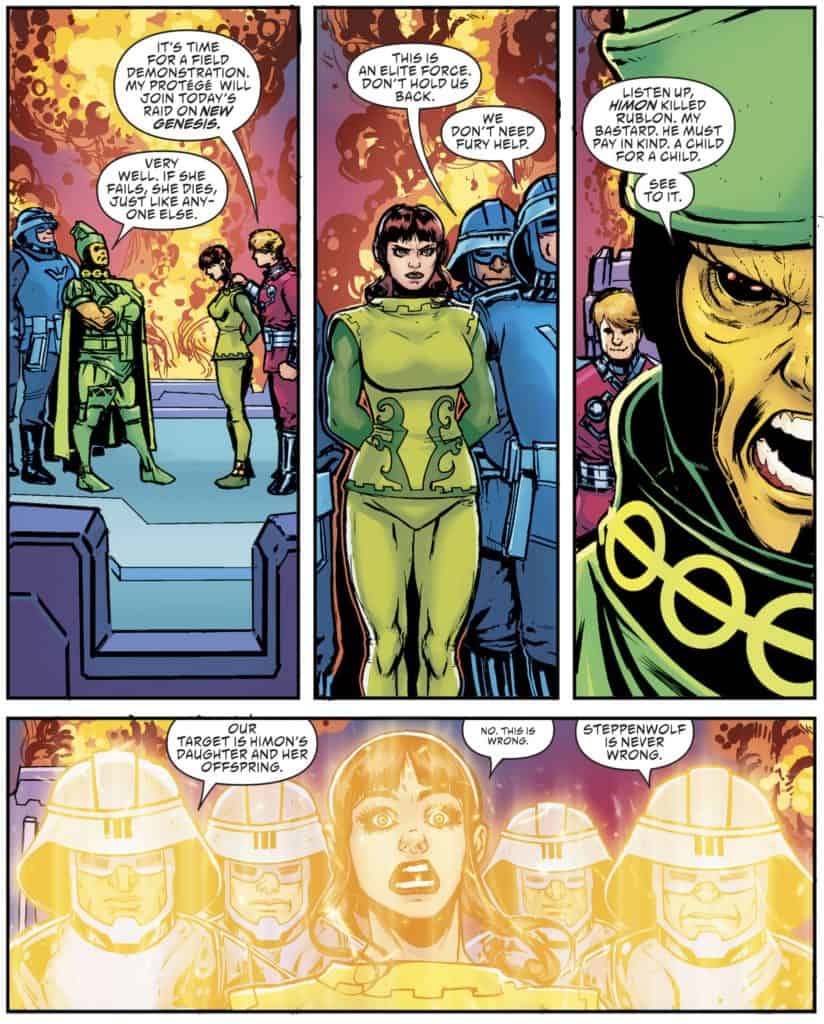 Female Furies takes aim at the patriarchy with all the subtlety of a high school freshman reading feminist theory for the first time and deciding to apply what little knowledge he/she has on the subject and apply it with the subtlety of an aluminum bat, BUT…

This issue was a definite improvement over the first. Gone are the juvenile attempts at humor that undermined the book’s basic argument in the first issue. Instead, as Willik’s ongoing sexual assault of Aurelie proves to have unforeseen consequences throughout Apokolips, it becomes much more obvious what the effect of such a “small” and personal attack can have on society as a whole.

Writer Cecil Castellucci also sets up a terrifying dynamic wherein not even Aurelie’s fellow Furies believe her, or even angrily suggest she should shut up and just roll with it, because that’s the way things have always been. Or in Granny’s case, shut up because crying about being raped is a monkeywrench in her plans for ascending the Apokoliptian hierarchy. It’s cold stuff, made colder with the realization that Castellucci is merely holding up a mirror to events that go on every day in the real world. Recent real-world stories of military sexual assault make this issue suddenly feel even more in lockstep with the zeitgeist.

In that regard, what doesn’t feel quite as zeitgeist-y is Castellucci’s decision to entitle this issue “Nasty Woman.” The reference has obvious intended correlations, but given that the initial sexist comment was made three years ago makes it instantly dated. I’m reminded of Marvel printing an Occupy Avengers comic some four years after the Occupy movement was news; the intent is commendable but the execution is behind the times.

And as a reader, it’s hard to witness the behavior of some of these beloved characters in the context of this story. We knew that Barda was once a loyal servant of Darkseid before turning toward the light, but even with that knowledge it’s tough to swallow her coldly dismissing Aurelie’s trauma and tales of sexual abuse. This hard turn for her may even enrage some readers as being out of character, but within the context of the story it works perfectly. It’s abrupt and uncomfortable because it’s supposed to be.

Writ larger, it’s jarring to see any of Jack Kirby’s New Gods creations utilized in such a nakedly savage and at times uncomfortable tale, but given that Apokoliptian society is inherently evil, it serves as a great surrogate for our own societies and the ability of many to turn a blind eye to the plight of women. Taking a look in an ugly mirror may be difficult at times, but it is important. While Female Furies may not be perfect in its execution, it is trying, dammit, and that’s a whole lot more than a lot of people can say.

After a first issue with questionable (at best) execution, Female Furies gains its footing and begins to move in the right direction. Though not a comic for everybody, writer Cecil Castellucci is telling a story that is beginning to show signs of immediacy and a righteous anger that cannot be denied.

Female Furies #2 (of 6): You Can’t Force Beauty When You’re a Beast