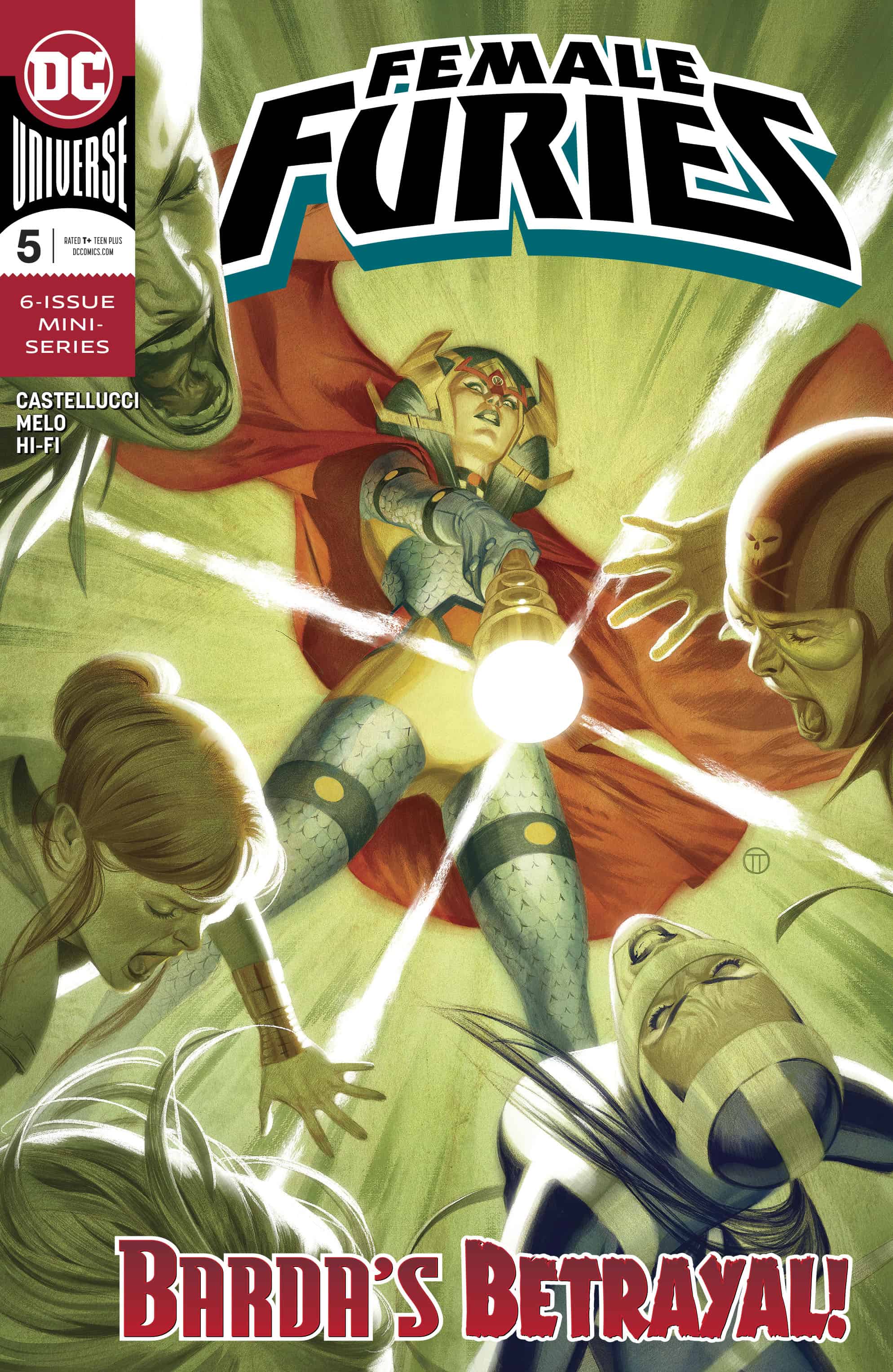 Barda has fled Apokolips for good to pursue her one true love, Scott Free. She finds him on the strange planet called "Earth." After a moment of mistaking one of his escape acts for true danger, they meet, and find warmth and strength in one another.

But trouble isn't far behind. The remaining Female Furies, led by Lashina, are on the hunt for Barda - thanks to a covertly-planted tracer. 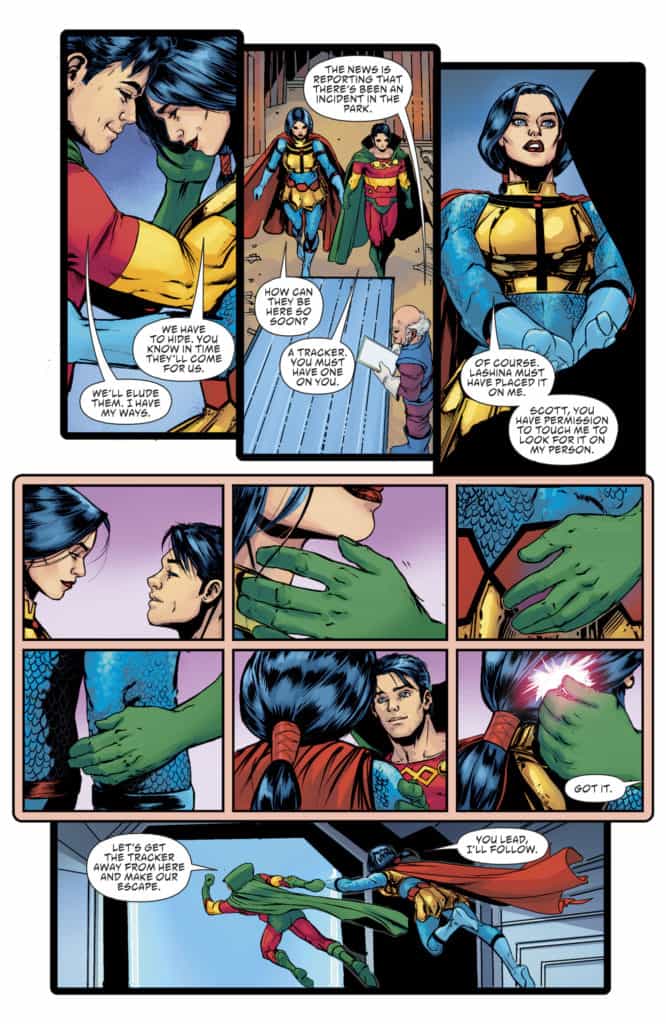 Regardless, it doesn't take long for the Furies to find the pair. 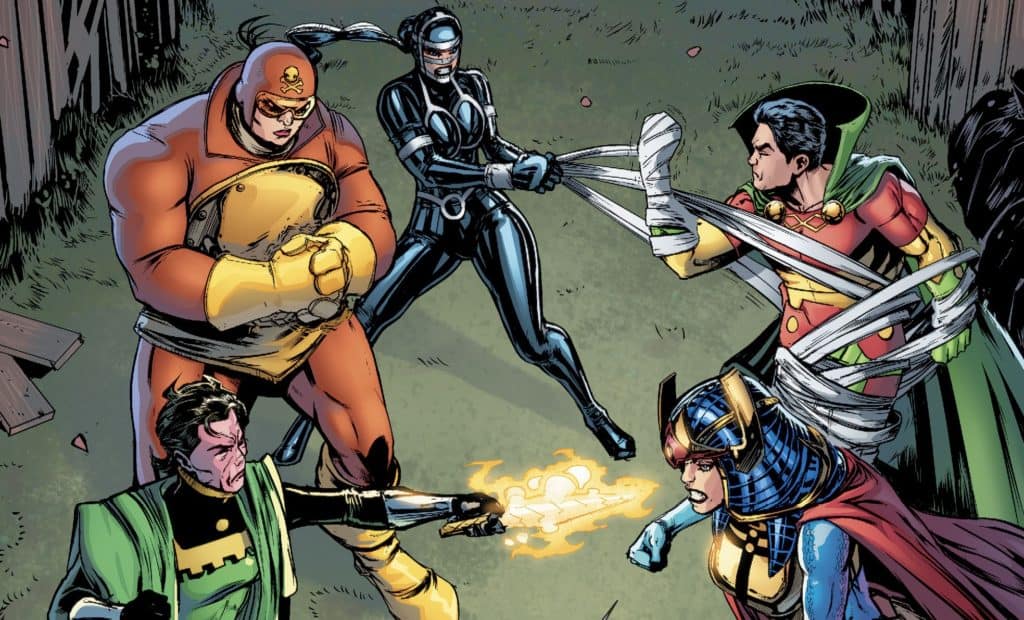 However, upon discovering how evenly-matched they are, a truce is declared between the dueling sides. And the painful truth of why Barda left at all brings about reconciliation. 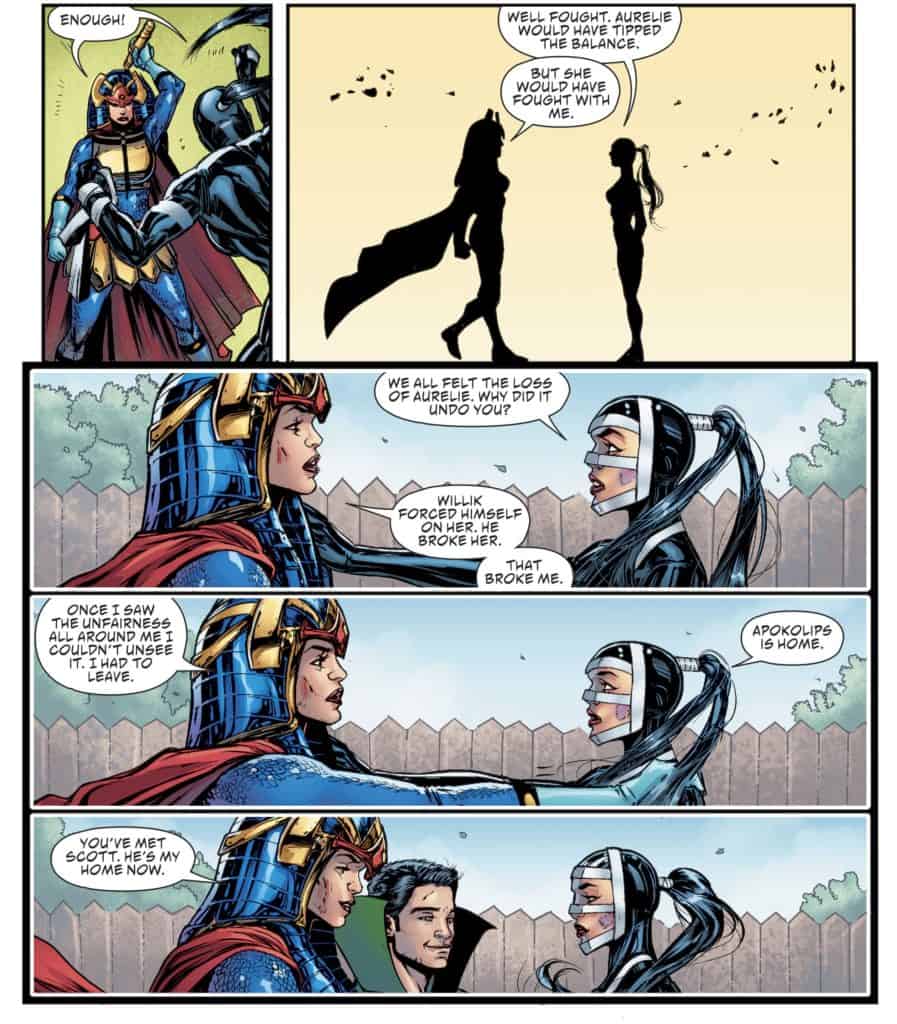 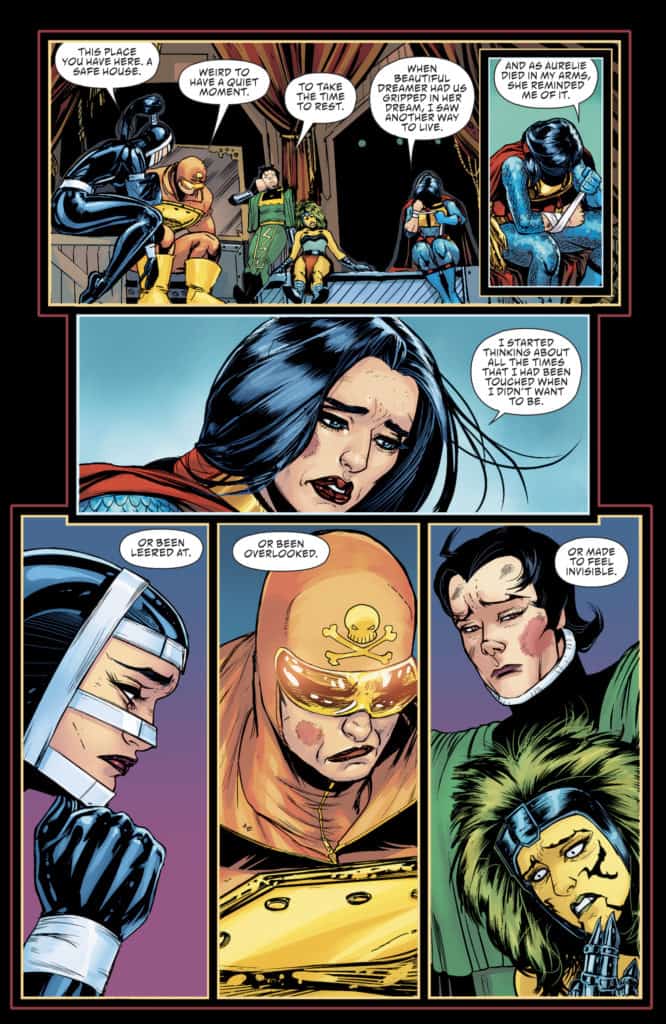 And so, an alliance is formed. One that will, if not bring change to Apokolips, at least bring Willik to justice for their sister Aurelie's death. But Granny Goodness has her own schemes at play... 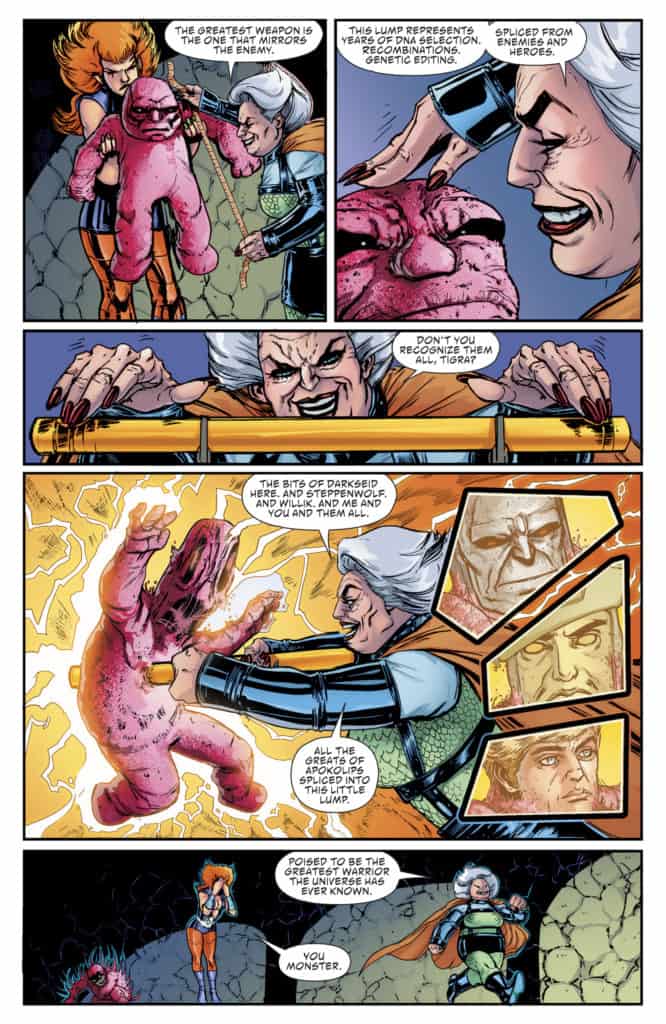 Female Furies lands in a sweet spot in its fifth issue, trading out righteous feminist ideological fury for quieter, simpler, and arguably stronger and more identifiable themes of love, commitment, and yes, the bonds of sisterhood. It’s the strongest issue yet in the series – but take that with a grain of salt, because the first issue especially was nearly impossible to get through. I would argue, though, that but for the subplot with Granny and her pink Lump, this issue could almost be read as a standalone and be all the more powerful for it.

Female Furies‘ second half has been all about Barda’s recognition that she has her own agency, and is miserable with the life she’s been trapped in thus far. She also feels extreme guilt for not recognizing her sister-teammate Aurelie’s anguish before she lost her own life to Apokolips’ sick social system. This issue speaks to some incredibly strong themes with nuance rather than ham-fistedness. If only writer Cecil Castellucci had taken this approach from the start, this series might be regarded as something of a cult classic when it’s all said and done.

There’s real tenderness in the scenes between Scott and Barda, a quiet fidelity that, through a series of silent panels, speaks volumes. The scene in particular of Barda giving Scott permission to feel her for a tracer is at once deeply intimate yet also erotic without being smutty. Props to artist Adriana Melo for her expert blocking of this powerful scene. In giving Scott permission to touch her so intimately after all she (and so many other women like her) has endured on Apokolips, she’s also giving herself permission to feel safe in someone else’s hands. It’s a beautiful testament to one of comic’s greatest – and most enduring – romances.

There’s also real honesty and depth of emotion to the Furies’ slow realization that Barda is right, and they too could live in a world where they’re not treated like so much meat. But while they’re ready to exact revenge against Willik for Aurelie’s death as a symbolic gesture, they’re not quite to the point where they’re brave enough to leave their home. Yet. With one more issue to go, Female Furies continues to confound expectations – and I won’t be surprised at anything that happens in the big finale.

At turns tender and quietly devastating, Female Furies #5 strongly continues one of the most impressive course corrections I've ever seen in a miniseries after a disastrous first couple of issues.