Captain Mal Reynolds is courting capture by the Alliance and all in the name of one woman. A woman who is meant to be the embodiment of all he hates, but whom he has instead grown to trust and respect. Throwing in with her in favour of his own chance of a pardon he goes on the run, even as his allies try to save him.

Their mad dash for freedom sees them crash land on a planet, with Zoe on her way intending to rescue Mal. But her new allies want to take the opportunity to fight a grudge battle with Corporal Singh and the Unificators. Who it seems has engineered the arrival of all parties back to the place it all ended last time, as this was his hidden agenda all along. Serenity Valley will surely be the tinder box to kick start a new War. 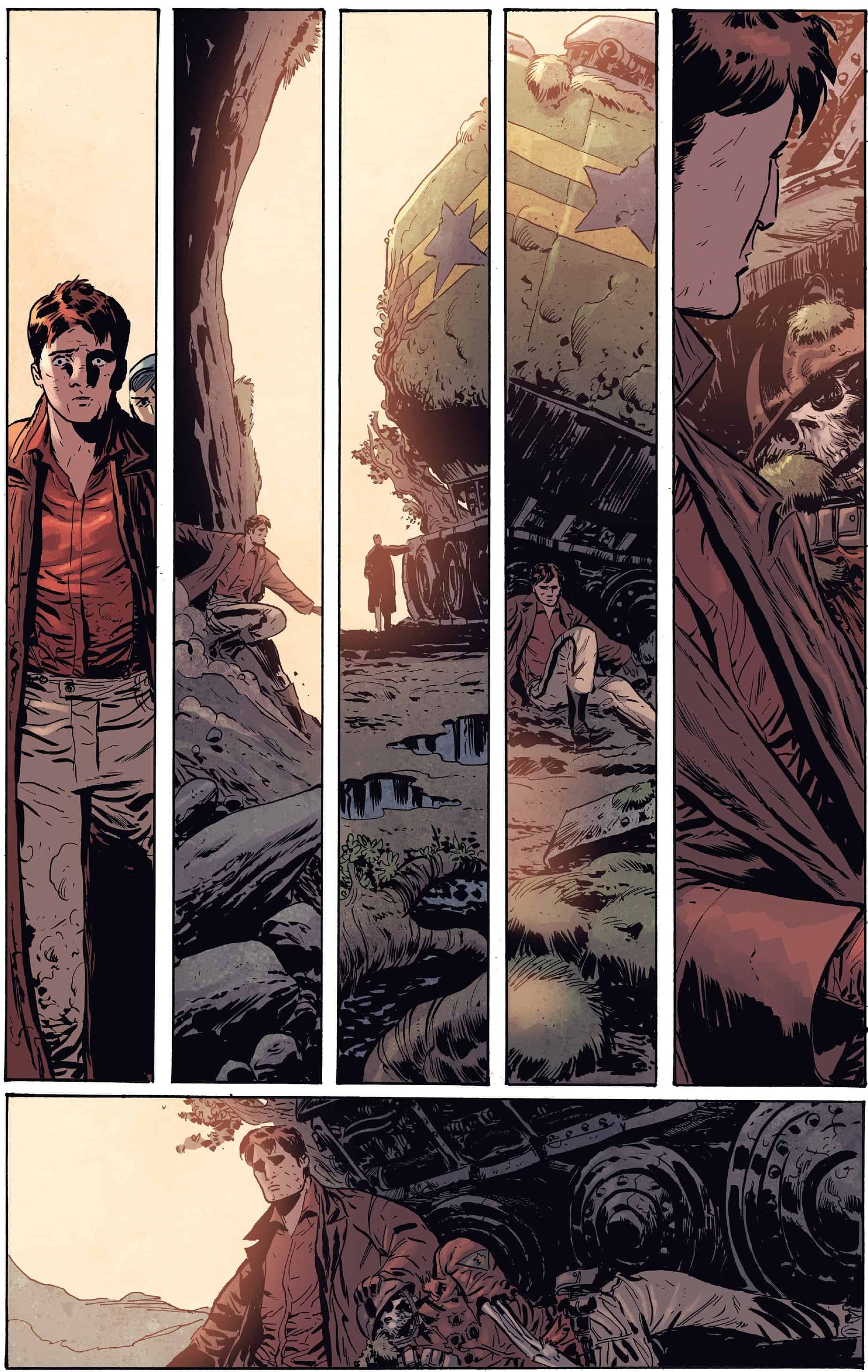 The end packs a punch that is plain for all to see, clearly reflected in the face of Mal and that one tear we see. This here finale is proof if proof were needed that Greg Pak is deserving of the title New York Times best-selling writer. Along with series creator, story consultant and all round legend Joss Whedon, artist Dan McDaid the whole motley crew continue to enthral and entertain in the true spirit of the original series. And amid the chaos of the chase we can see the beginnings of a sense of balanced reasoning from the most unexpected of sources. While everyone around them has other ideas the two who were originally enemies have found common ground, enough to set aside their differences and begin to calmly build bridges.

And the art is the perfect reflection of that calm centre within the maelstrom of madness. The sideways glances that Mal gives Moon on several occasions are only the start of how well this issue is put together, and she is fast becoming an intriguing counterpoint to him. The comedy element is continued with not only their interaction, but also the introduction of the two moms at the start, seemingly a random addition…but watch this space. Marcelo Costa also gives the story the perfect mood with his colouring. From the dark foreboding reaches of space to the sudden brightness of the harsh revelation of where they have all ended up. 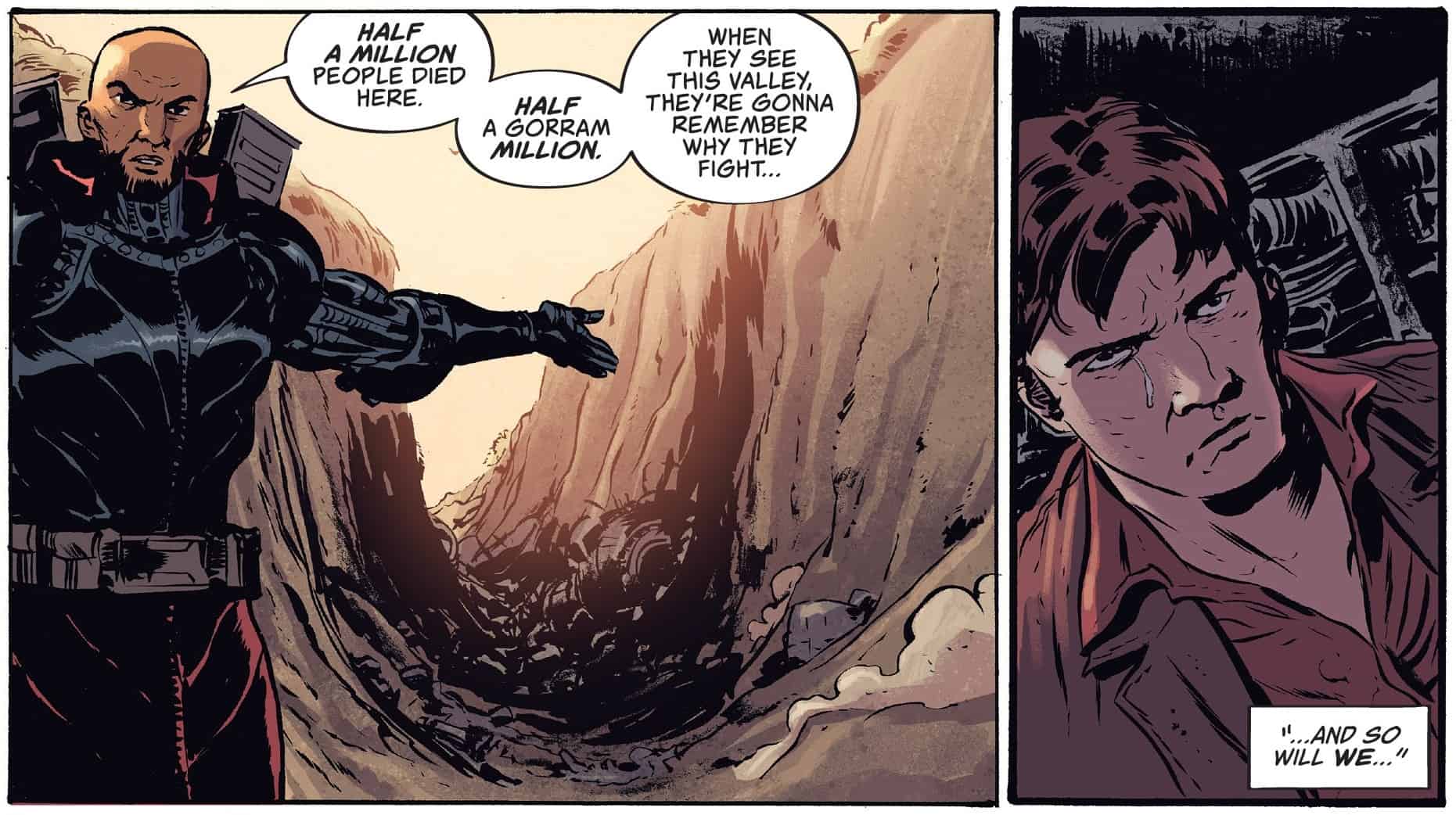 With a main cover by Lee Garbett along with variant covers by artists Joe Quinones, Will Sliney and illustrator Aaron Dana, this issue has it all. The art delivers the action and chaos with aplomb and the writing gives the true rendition of the voices of characters like Mal and Zoe, amid the perfect punch and payoff of where this tale has been leading. As well as the truly perfect comedic timing that we have all come to expect from the crew of the Serenity, balanced to perfection as always. My only gripe with this is that not everyone was seen this issue. But with it being so cram packed full of content that may have been a tall order. That which we did see was perfectly balanced and it’s a major achievement that what was shown made sense and didn’t come across as a jumbled mess, but however was well crafted, with a perfectly placed cliffhanger.

The pace is matched to perfection by the humour and drama. And the art only adds to the feel of the energy within the story.