Firefly: Blue Sun Rising Vol. 2: Sometimes We Are Not Ready For Heaven 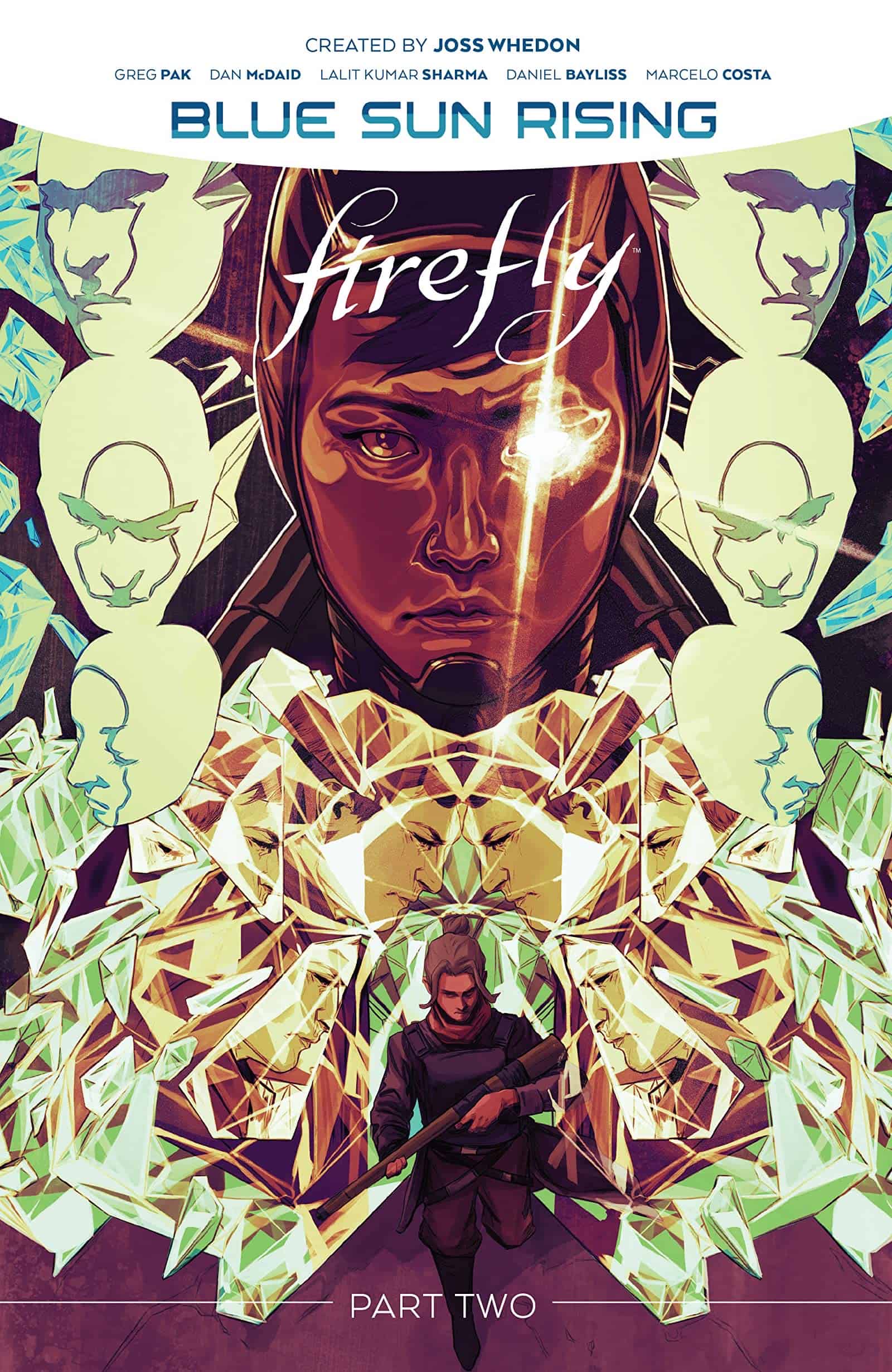 The stage is set for the final battle as the first ever Firefly event concludes, with Sheriff Mal Reynolds -- yeah, he's still getting used to it too -- making a choice that may cost him those he loves most, whether he knows it or not...

This volume concludes the event and the term of Sheriff Malcolm Reynolds.  The characters are taken into a new direction and there is character development in several of the supporting characters. Mal’s mom begins to see her son in a different light. The sad thing about this is that she does not live past this event as she is finally killed. Boss Moon realizes what makes Mal tick. She explains to Ma Reynolds that Mal has friends and that is what keeps him going.  She even sees that friendship as being extended to her.  Book seeks her out to invite her and her mother to Haven.

The arc for Mal is very compelling.  The once-lovable rogue with the heart of gold is faced with mortality. He talks to his mother as she dies and he finally realizes the extent that Director Sang will go to bring Mal and the Serenity down. Where Mal fights to reduce the collateral damage, Sang creates chaos and commits mass murder to just destroy the small crew of Serenity. By this act, Blue Sun itself realizes the evil that is in this particular director.

This writing is intelligent and compelling, the plot is well-thought out and well-written.

The art is fantastic as usual.  The artists are great in showing the emotions of the characters in their faces. The art just draws the reader in. I particularly found the panels where Boss Moon donates her non-Blue Sun parts to repair the stricken Serenity.  I particularly find the detail terrific.  The shot of showing Manhattan giving way to Moon’s abdomen from through Moon to be unusual and highly effective. By this act, Moon potentially sacrifices her own life to save the crew that a couple of arcs ago she was hunting.

The only minor issue is the constant switching of artists as issues change. The change is not completely jarring and the changes do not take me out of the story but it can be noticeable.

Firefly continues to impress me and I cannot wait to see where these characters go next.

Firefly: Blue Sun Rising Vol. 2: Sometimes We Are Not Ready For Heaven