Firefly Brand New ‘Verse #5: Let’s Get The Band Together 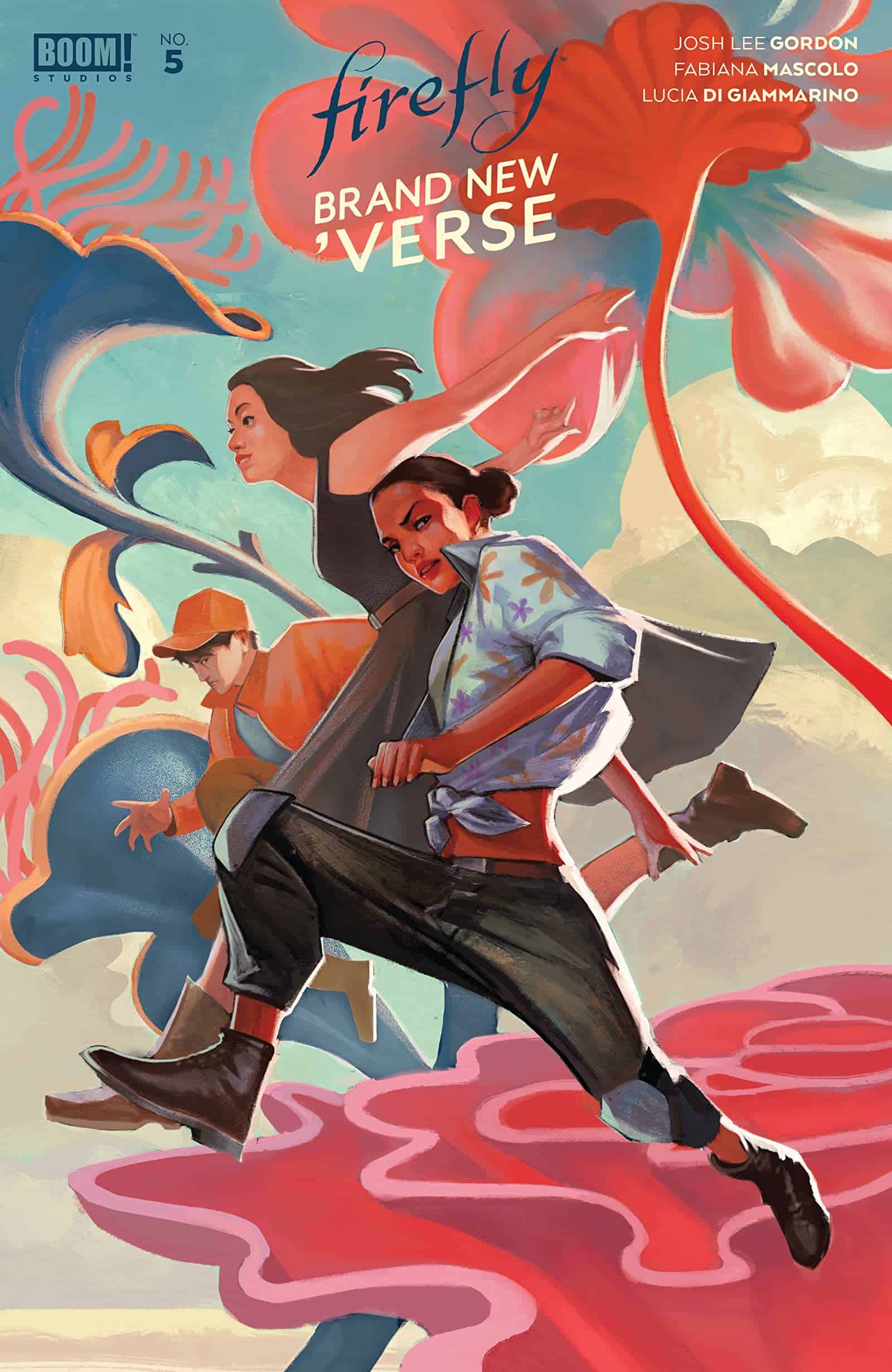 Emma meets with an old friend or family member while Zoe and the others are hostages of Blue Sun.

In the last issue, I took Emma to task for abandoning her mother and friends to Blue Sun. In this issue, I see her remorse and I am glad to see those consequences. Her mother loves her and she loves her mother. In a way she feels responsible for Blue Sun getting her friends, and you can feel said remorse. The panels really show it when she is talking to River, and I feel better for Emma’s character in this sequence, as it feels like growth.

River, who is the new original character to be introduced, is interestingly painted here to say the least. She has always been depicted as being odd but here she is very eccentric. She is even taking care of a child who she named “Shiny”. It is to River that Emma runs to.

River is not the only original character we see come again here. We also see Imara, just a glimpse when Zoe is taken to be interrogated but more at the end of the issue. She is up to something and I expect her to help Zoe and the others to escape in the next issue. 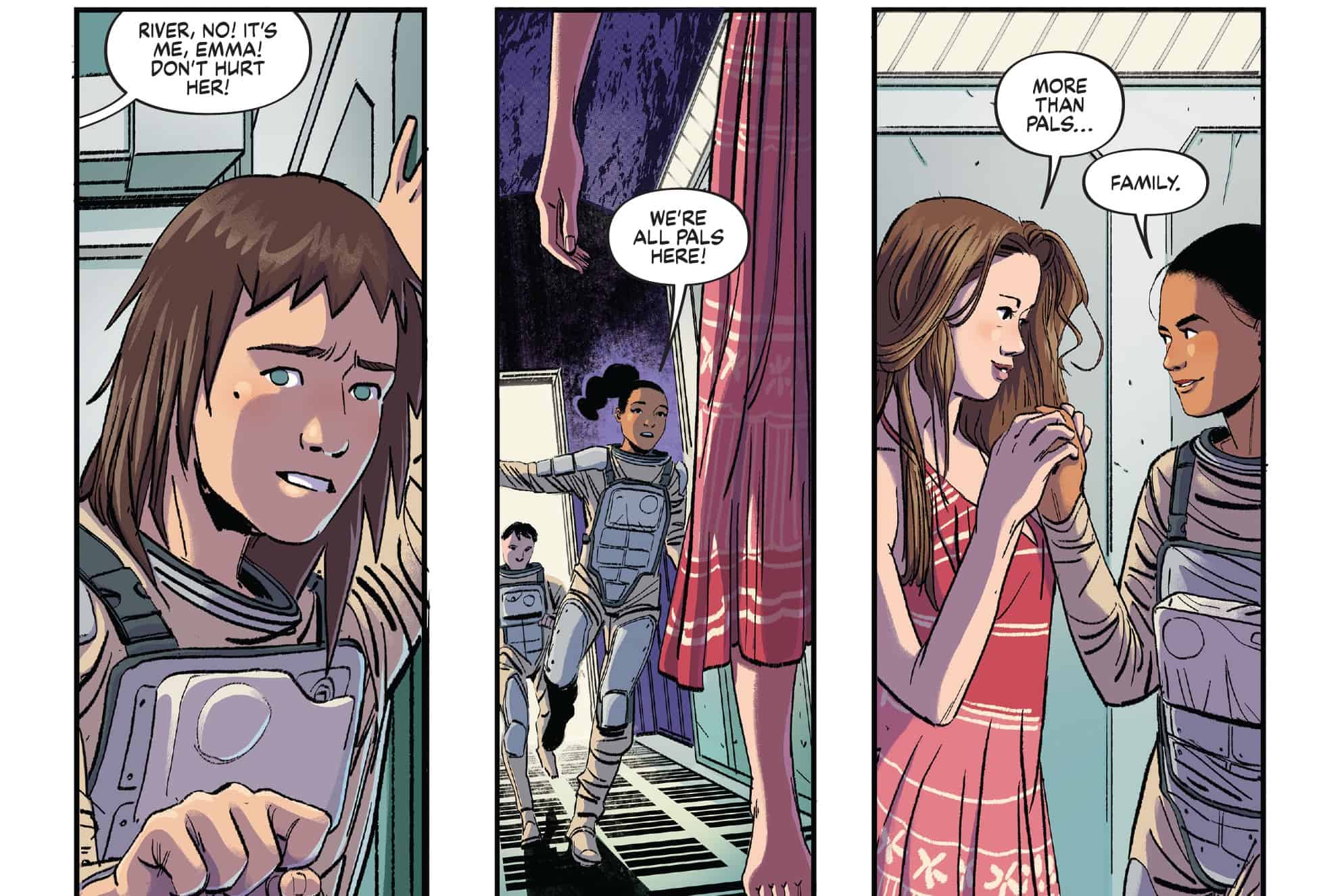 The art and coloring is terrific here. Fabiana Mascolo really is able to show the characters emotions and general well being in the art. We see Emma’s remorse in her tears but we also see Zoe’s exhaustion when she is being probed by Blue Sun. I particularly liked the panel that shows Zoe’s eyes roll to the back of her head when the device she is strapped to is turned on.

Now we are preparing for the return of Serenity and Imara’s escape plan for Zoe and the rest of the crew.

This series continues to provide the heart that I have grown to love about Firefly.  Sci Fi does not have to be full octane action all the time, as the use of the future to highlight the human condition is very powerful.

Firefly Brand New ‘Verse, Issue 5, Let’s Get The Band Together