Firefly: Brand New ‘Verse: #6: Is This the Arc Ship You Are Looking For? 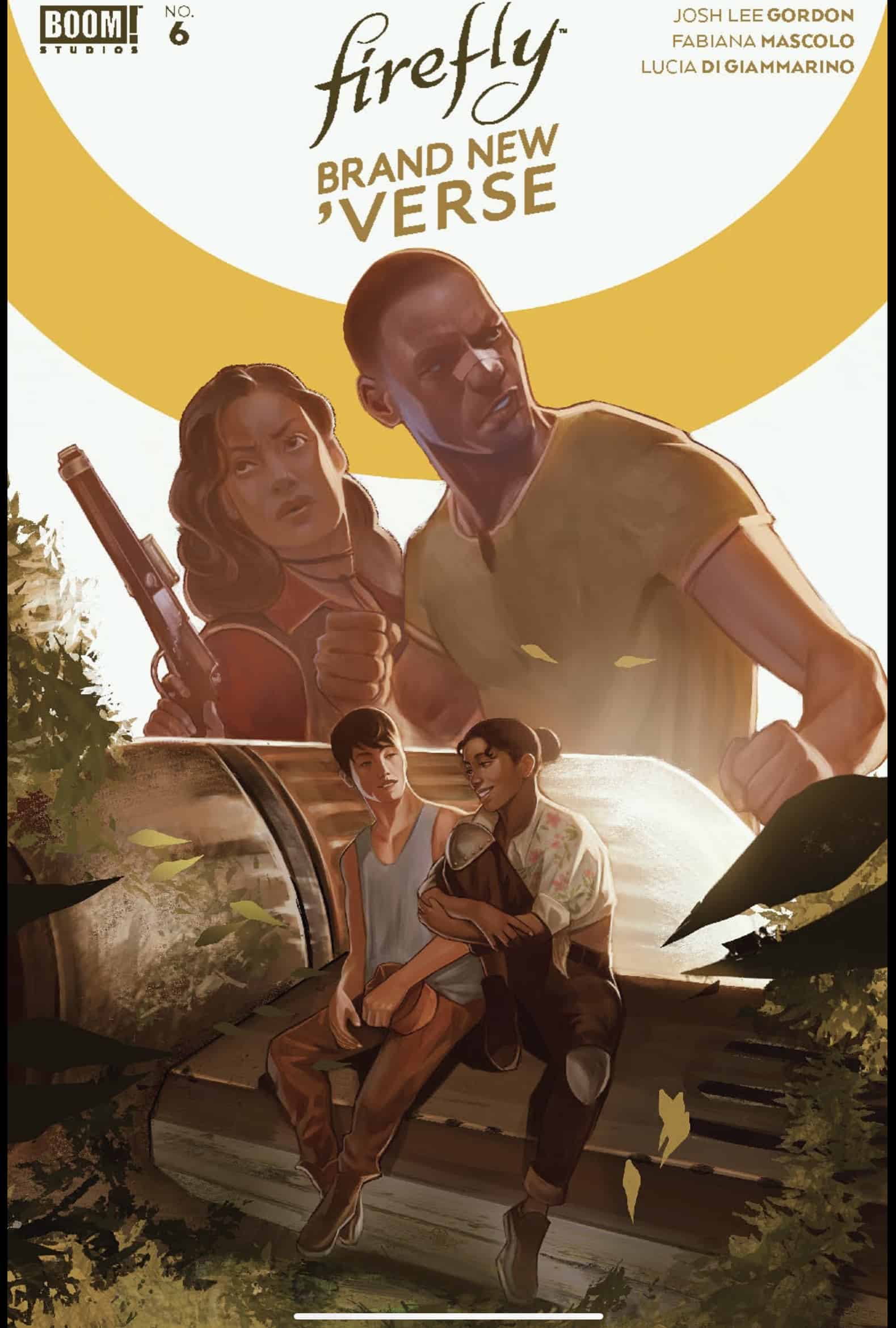 The Final Battle is here! Who will come out the other side?

Zoe and Emma's struggle to reunite may result in far reaching effects on a new system while Inara's role is still in question.

A trap is set... but is it for Emma and her crew or Blue Sun?

This issue ends the story.  I am very relieved to find Emma and Zoe making up.  When she arrives on the Blue Sun ship and finally meets up with her mother, the reunion is loving and sweet.  Zoe does not look on past sins but the present and that is what forgiveness really is.  River and Simon’s reunion is also very sweet.  The other relationship that needs patching up is Inara and Zoe.  Kaylee and Simon are surprised and happy to see their former comrade but Zoe after seeing her in the previous issue is less than thrilled. Even though Inara helps the crew escape, I am not sure that Zoe and her relationship is healed.

In the art, we see the contrast between the Blue Sun and Serenity.  The bridge of the Blue Sun ship looks futuristic even sporting virtual monitors in the captain’s station.  In contrast Serenity looks like the inside of an old boat.  The mess has the picture of a rustic kitchen verses a hall in a starship.

I as usual like the detailed art.  The drawing of the fight with Zoe and Salo verses the Blue Sun crew really looks brutal.  We even see the spit being knocked out of Zoe when she is hit by the bar.  Just when things look bad for the crew, River shows up with her unique fighting style as depicted by her summersault into the fight.   She is depicted as brutally fast as shown by the speed lines shown and the loud sound effects of her strikes.  These fights really look painful.

I really want an ongoing series with this crew and maybe phase Zoe out a little to make this a true Next Generation.

Firefly: Brand New ‘Verse: #6: Is This the Arc Ship You Are Looking For?