Firefly: Unification War Vol. 2: What is a War Criminal? 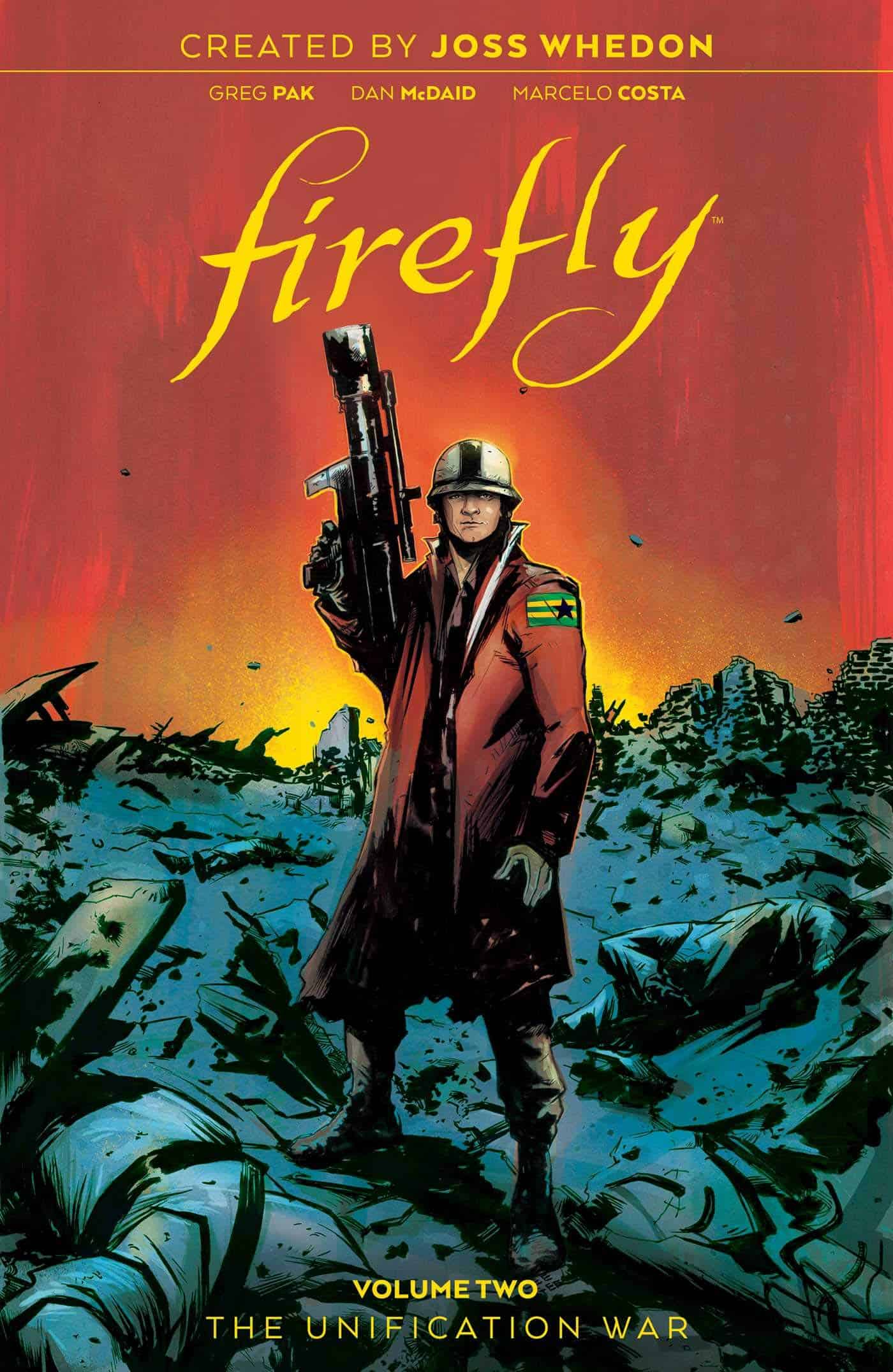 The truth behind the Unification War continues to be revealed as Captain Malcolm “Mal” Reynolds and his First Mate Zoe Washburn are arrested for crimes committed during the Unification War by the mysterious Boss Moon and her Unificators! But their escape from captivity might land them in even greater danger, as secrets are revealed and nothing will ever be the same for the crew of the Serenity!

This series really makes me feel like I missed something special in the television series Firefly. This issue has heart and action in addition to character development and mysteries and questions that want me to read more.

I like to start with the art. Dan McDaid brings this world to life. He creates the visuals for a unique world that melds the west with science fiction.  This meld is believable.  Nothing feels like it is out of place, it looks completely natural to see characters dressed in kind of western garb milling around a creaky and gritty space ship.  The environment of dust, dirt and even horses gives me the feel of a western with the added detail of engines and exploding fuel cells.

I like the continued use of the red hues used in the flashback scenes of the war.  It is fitting as these scenes are littered with violence and death and it helps cue the reader that this is a flashback and as a result is not jarring at all.  The rest of the story uses hues of browns that creates the feel of a gritty western that creates a unique feel for this story.  It is fitting that bright colors are not used as this story does not allow for that kind of pallet.

Greg Pak’s writing in this story is fantastic.  He creates a story that grabs the reader’s attention and holds it.  This is a story that I find very hard to put down, which unfortunately I had to so I could write this review.  The action here is used to great affect but that is not the only part of this story that makes it compelling and thought provoking.  Pak uses the action to grab the readers attention in the beginning.  Opening this volume with a wagon chase where the characters are attempting to escape bandits while their wooden wagon is on fire with a load of fuel cells that can combust and does in explosions.  The dialog in this sequence is very humorous as the characters love to shout at one another the obvious.

The plot is not the only thing that is compelling in this story.  I particularly like the interactions of Boss Moon and Mal.  These two characters are on opposite sides now and during the war yet they form an unlikely bond that matches the type of bond the crew of the Serenity seems to share.  It is neither friendly nor adversarial but it is real.  I do feel that as this story continues these two characters can form a relationship of mutual respect which I believe they both share now.  I particularly enjoy the addition of Moon’s mother’s calls during these scenes.  It is funny and warm as the mother finally believes that her daughter has found someone to at least talk about the war.

This story is absolutely fantastic and I cannot wait to pick up the next chapters.

Firefly: Unification War Vol. 2: What is a War Criminal?