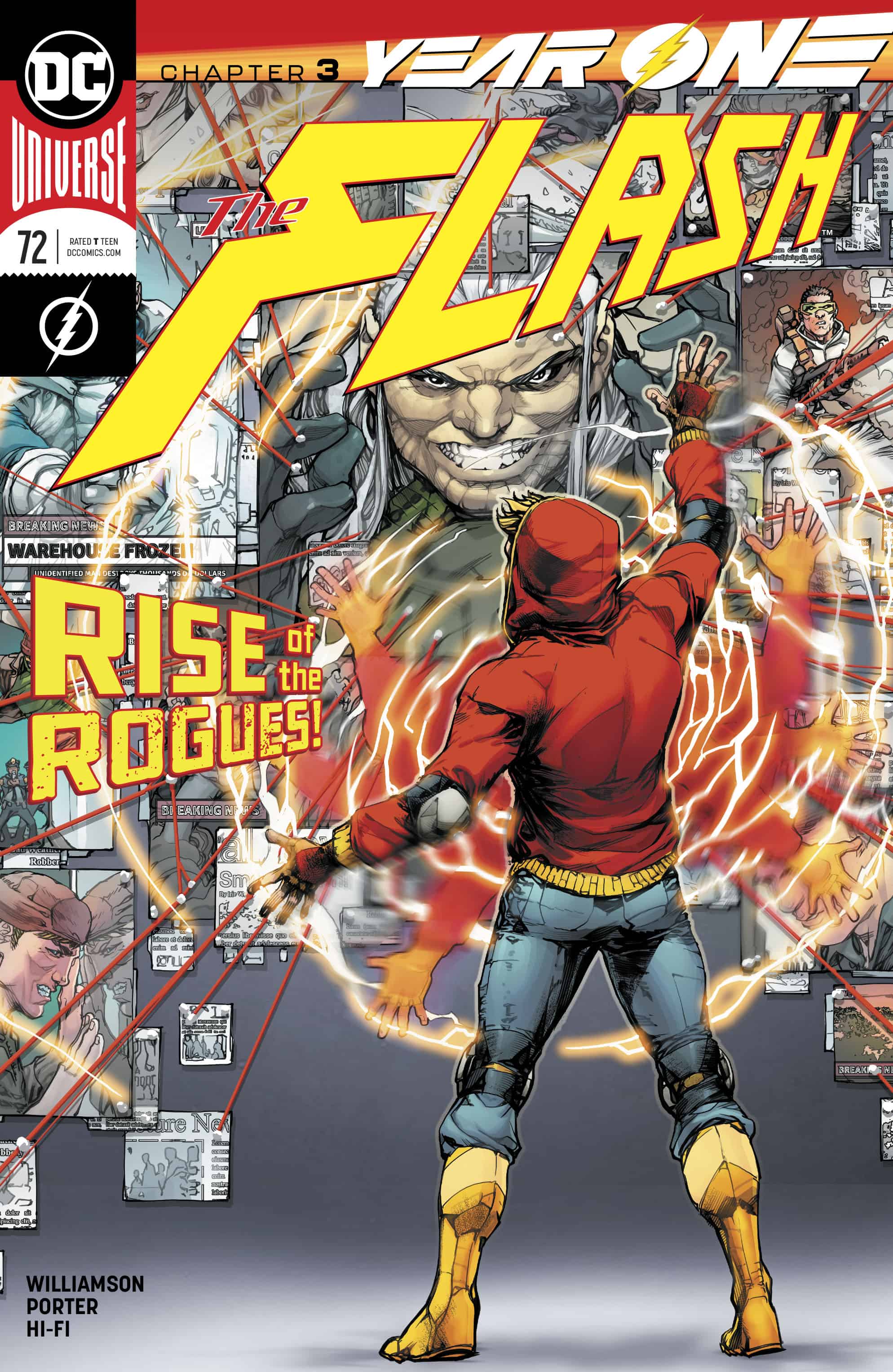 The Flash versus the Turtle, round 2! Uncertain how to defeat a foe that can sap him of his superspeed, Barry finds himself at a major disadvantage against this slow-playing villain. 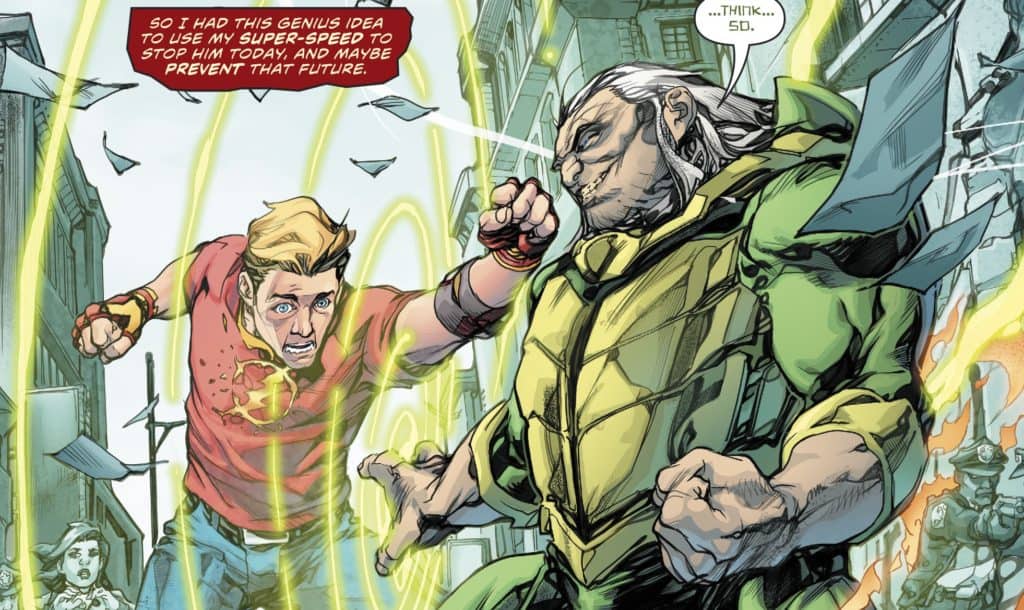 Barry only survives the attack because he accidentally explodes a wall while trying to vibrate through it. This unintentionally unleashes mass mayhem, and Barry learns a hard lesson in the great responsibility his powers bring. With the Turtle defeated and in the newly-minted Iron Heights Penitentiary, he begins helping out all over the city, even leaving a calling card in his wake. 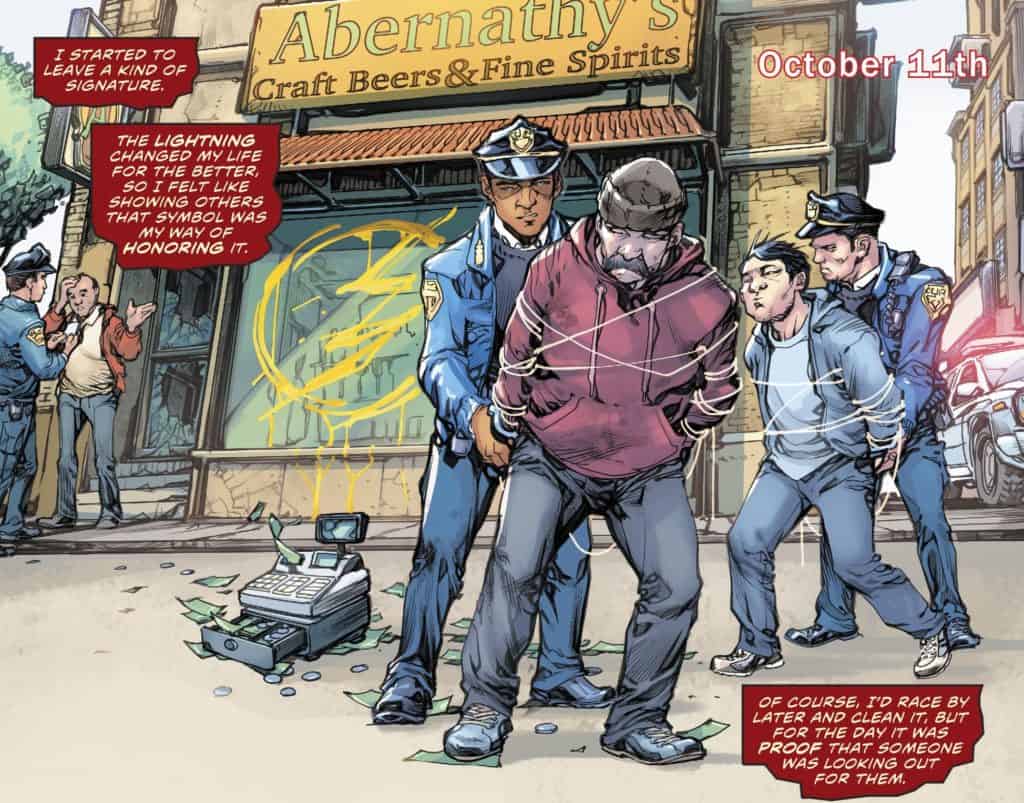 Things are beginning to balance themselves out. Thanks to his new speed powers, Barry is finding time for all kinds of things he never had before - including a budding relationship with reporter Iris West! 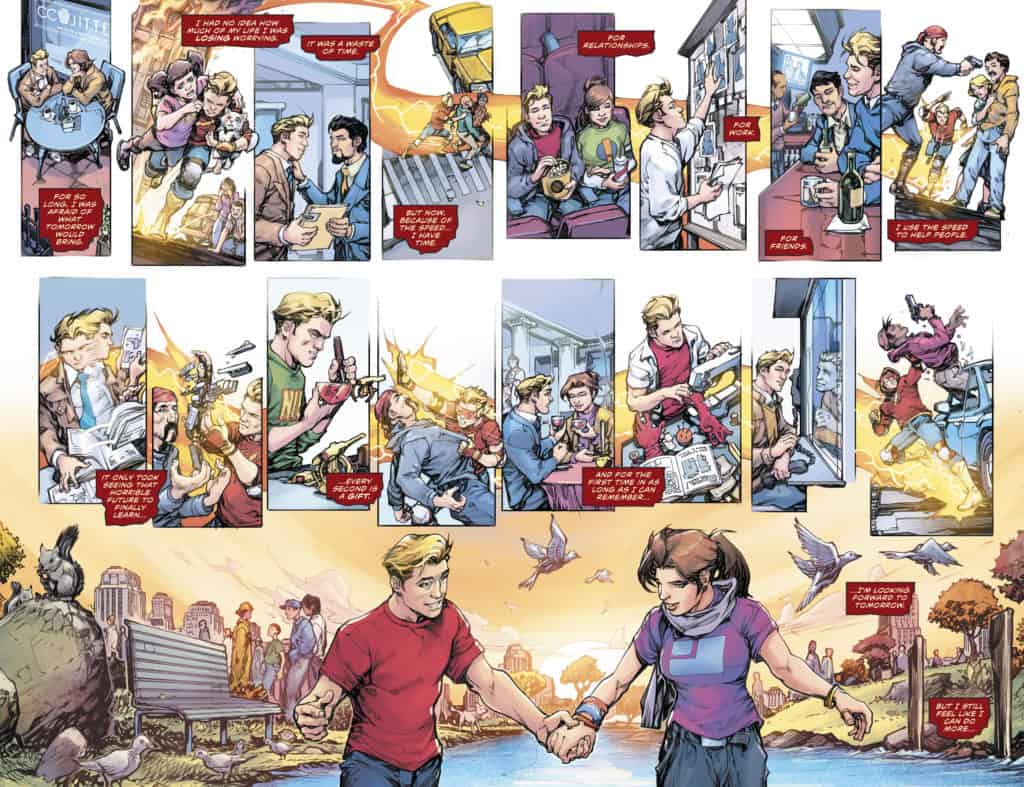 But for all the good in Barry's life, there are dark clouds on the horizon. There's a new gang in town, and among its members is a man named Lenard Snart... who will someday go by a far more ominous name: Captain Cold! 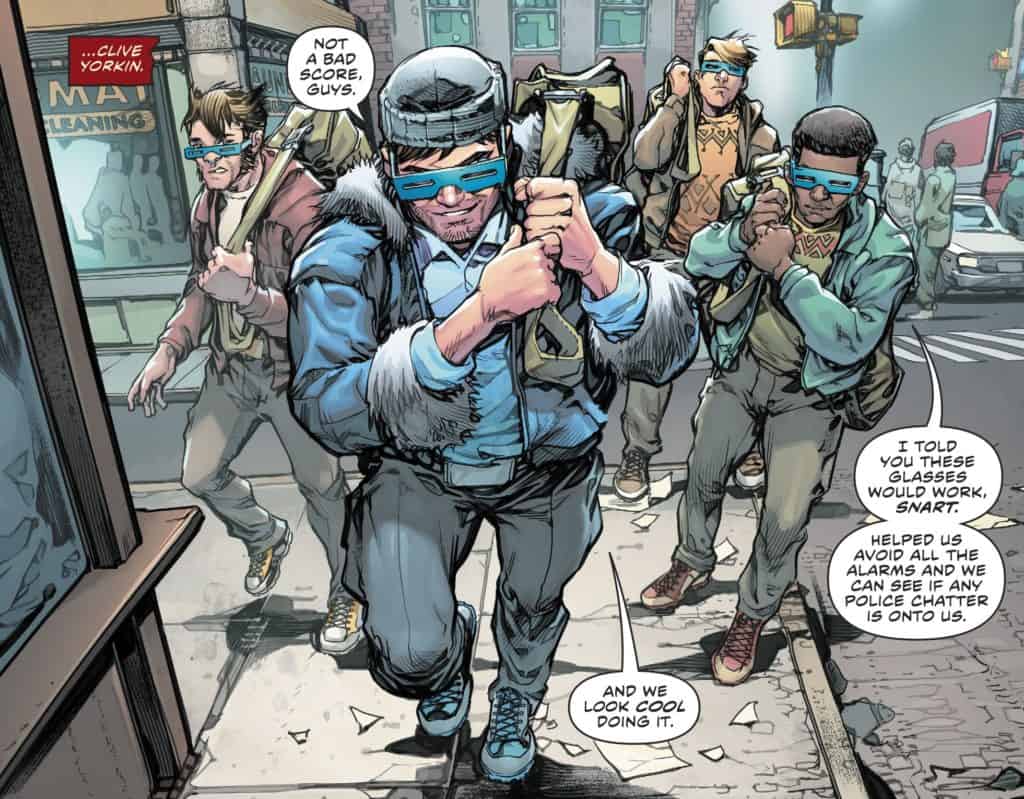 “Flash: Year One” finally finds its footing in its third chapter. Gone (or at least backburnered for now) are the sudden jumps to the future, and in its place is a relatively simple yarn about a rookie hero learning the ropes of his powers, with nary a New Force in sight. It’s all about the thrill of learning to live with the new normal.

But it’s also about the blooming of Barry and Iris’s love story, one of comics’ most storied and long-running romances (except for that 22 years when Barry was dead, but y’know… comics!). Williamson really hits a strong groove writing the interplay between these two lovebirds, reflexively playing their chemistries off one another in such a way that could be best described as effortless. Frankly, it’s a side of Williamson’s writing I don’t recall having read before, and an emphasis on the positives of interpersonal relationships that could turn his Flash tenure back around after months of wallowing in mopeiness and New Forces repetition. If nothing else, if this is the direction “Flash: Year One” continues to take, then the arc can perhaps be redeemed after a rocky start.

As for the rest of the creative team involved, let’s talk about that art – I don’t think it’s much of a stretch to say this is some of Howard Porter’s best art in his already-storied career. The man was born to draw the Flash about as much as Neal Adams was born to draw Batman (yes, I’m aware of the magnitude of that statement). He conveys fluidity in motion and speed so deftly, with so many great panel-to-panel transitions and page layouts that there’s a pretty solid argument to be made that he’s the best Flash artist in a generation.

And hey – Steve Wands got his credit back for lettering this issue, after being omitted for the last two! Progress? Or just editorial waking up after being asleep at the wheel? Either way, it’s great to see credit given where credit is due. And not for nothing, but Wands is one of the best letterers regularly working in the business today.

With its focus shifting to a rookie hero learning the ropes, "Flash: Year One" finally shows some promise toward giving fans what they want. The chemistry between Barry and Iris is worth the price of admission alone, showing that Josh Williamson hasn't completely shot himself in the foot as far as his Flash tenure is concerned. More, please.