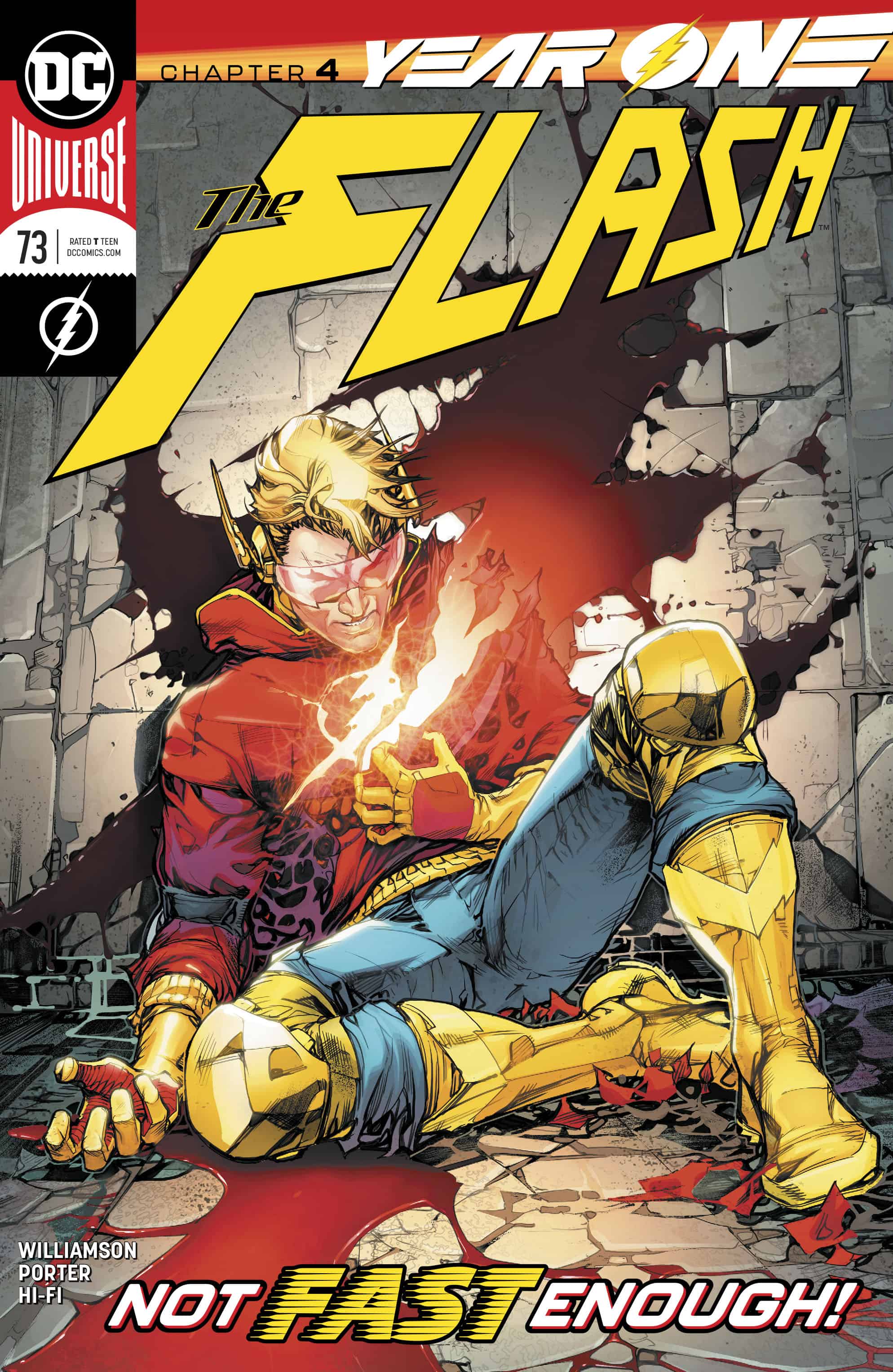 Barry Allen has been shot! He's bleeding out on the floor of his apartment, and has to remove the bullet lodged in his chest by vibrating his hand to reach in there and get it - but he hasn't learned how to vibrate through things without them exploding yet! 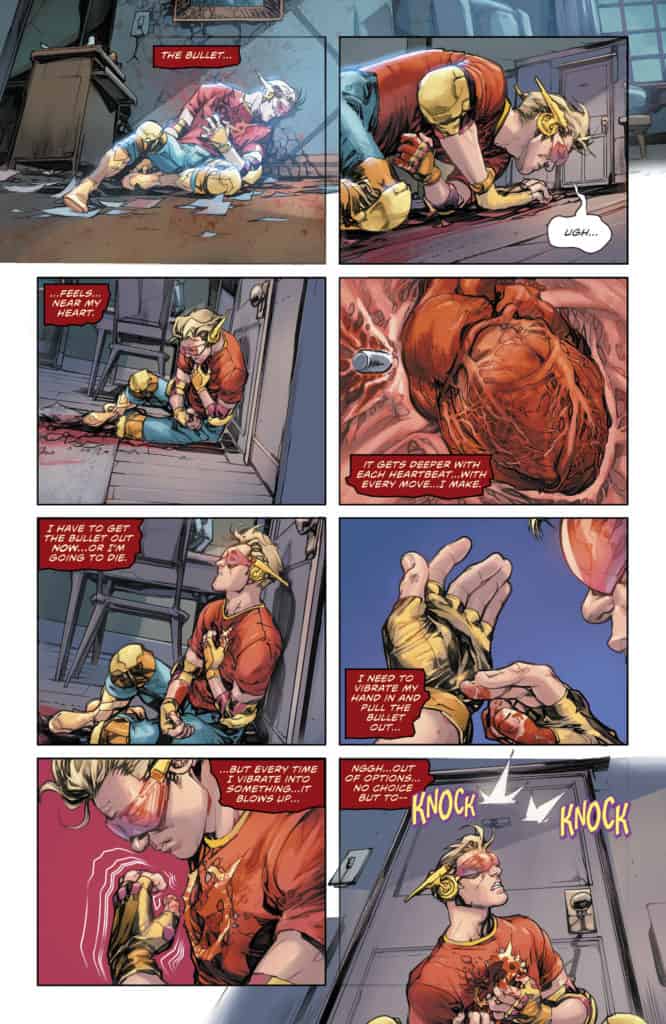 And to make matters more intense, he has a certain visitor knocking at his door, too! 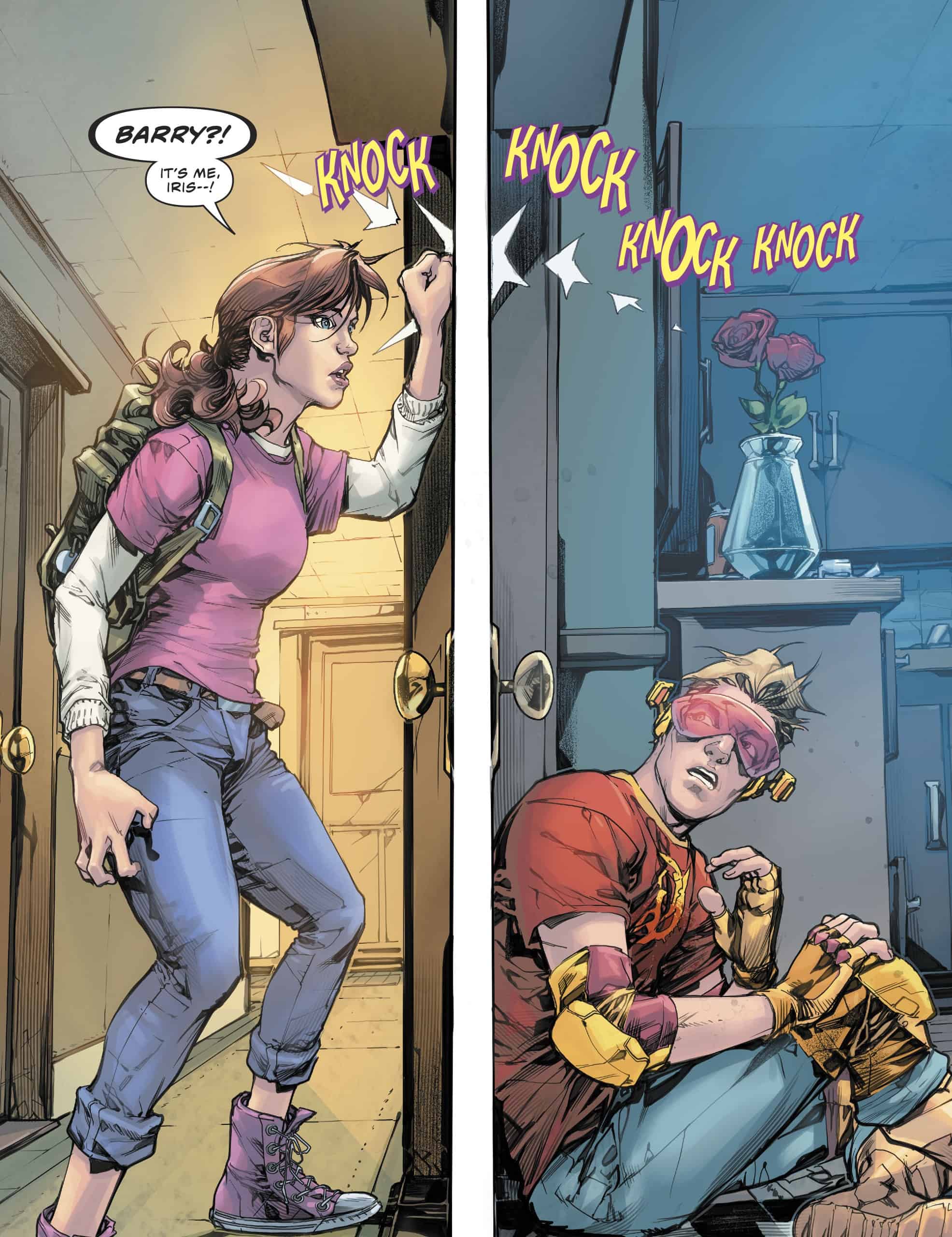 And if that's not enough, the Turtle may have been stopped, but he's still a threat. His horrifying origin is recounted as well... 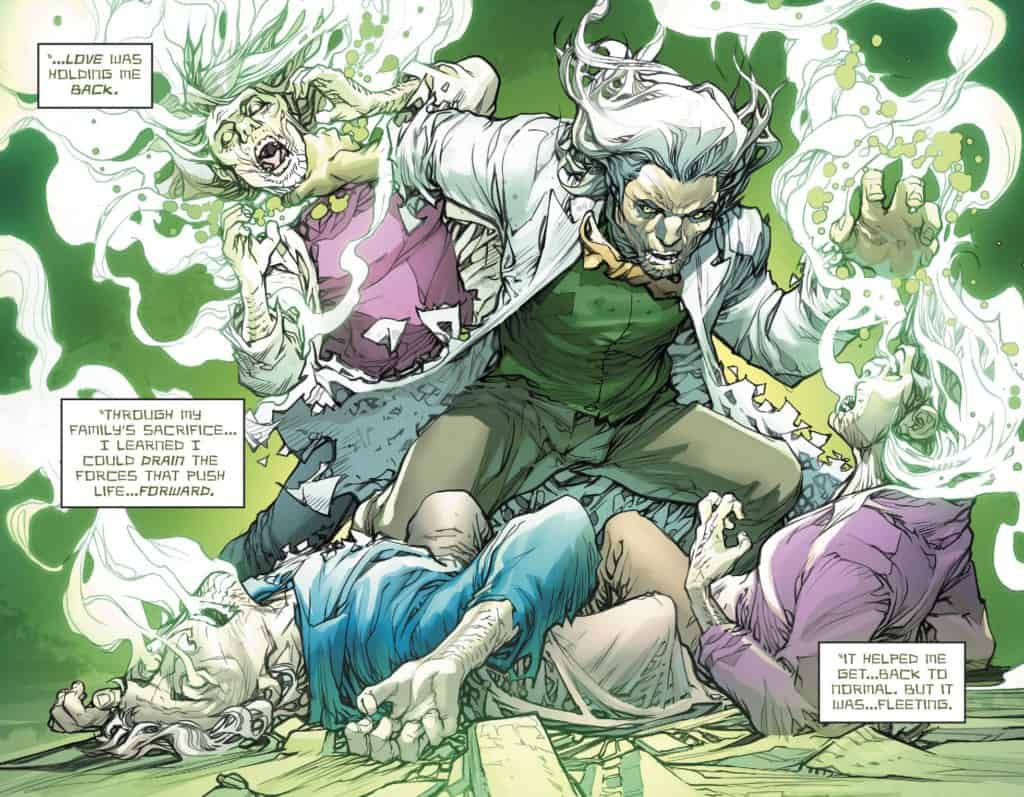 Later, Barry and Iris are drawing closer together than ever, but Barry keeps holding back, putting their future prospects at significant risk. 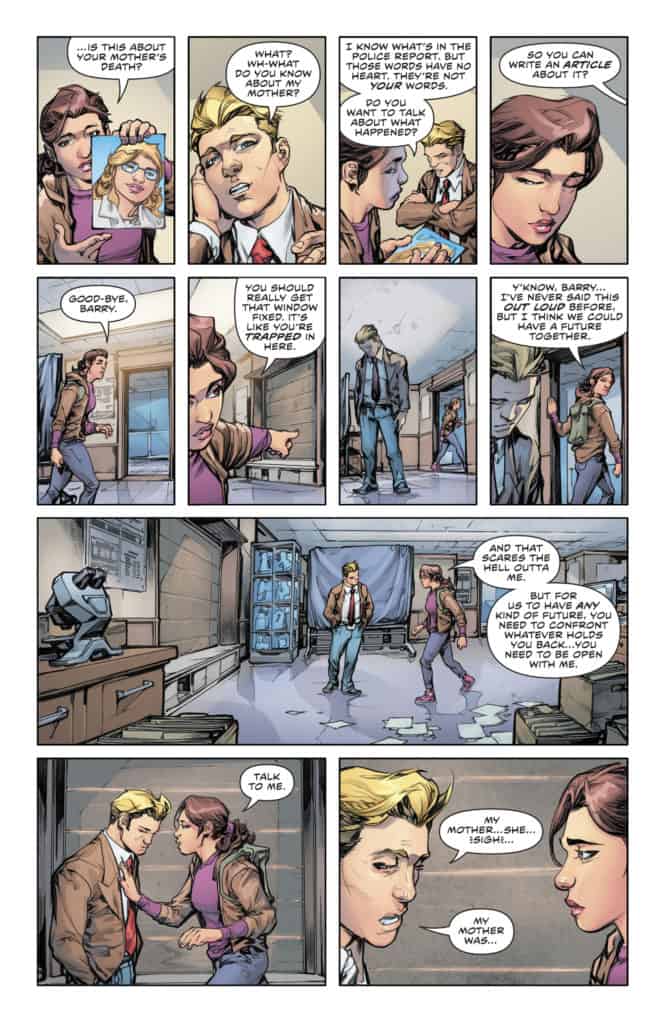 But before they can reach any sort of resolution, a new threat suddenly emerges... or is that the return of a future threat...? 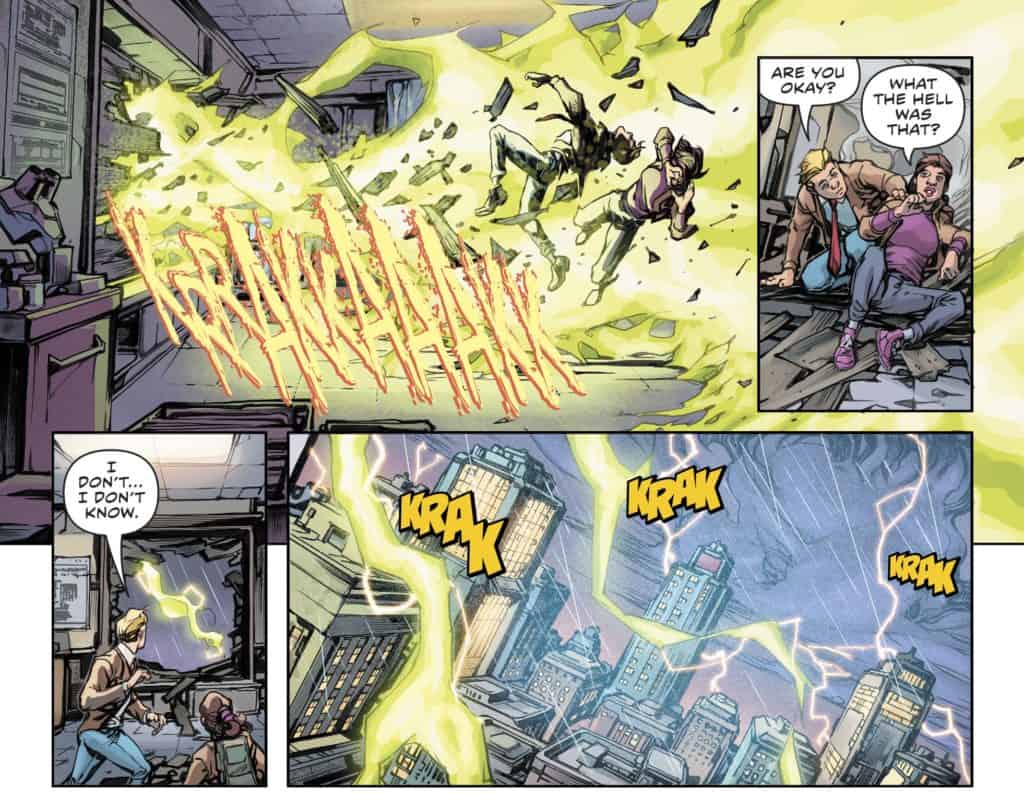 “Flash: Year One” part four starts with a bang, with an outstandingly tense sequence with Barry, Iris, and a lodged bullet. Barry is already near-death thanks to having bullet lodged in his chest. And he can’t remove it without vibrating, but at this point he hasn’t learned how to do so without causing things to explode. Then Iris comes to the door, and is pouring her heart out, oblivious to what’s happening mere inches away from her. The sequence may end a little too pat, but the journey to get there is a great example of ratcheting-up tension and elevating stakes.

The remainder of the issue takes two tracks, both of which could be seen as parallels: Barry, who’s on the verge of having love and family with Iris but can’t commit, and the Turtle, who had a family but felt it was holding him back and killed them. By diametrically opposing their stories in this fashion (in addition to their powers being opposite), Josh Williamson has turned the Turtle from a Silver Age afterthought to a legitimate threat to our hero on a fundamental level. They’re not just enemies – they’re yin and yang.

Things get circular in more ways than one by the end of the issue, in a way I won’t spoil here but does bring symmetry to the story’s first two chapters. It remains to be seen if Williamson can pull it off – especially given his track record on the book in the last year or so. But with the phenomenally talented Howard Porter on art, at the very least, it’ll look great.

"Flash Year One" turns out its best chapter yet as Josh Williamson continues the monumental task of turning his Flash tenure back around.