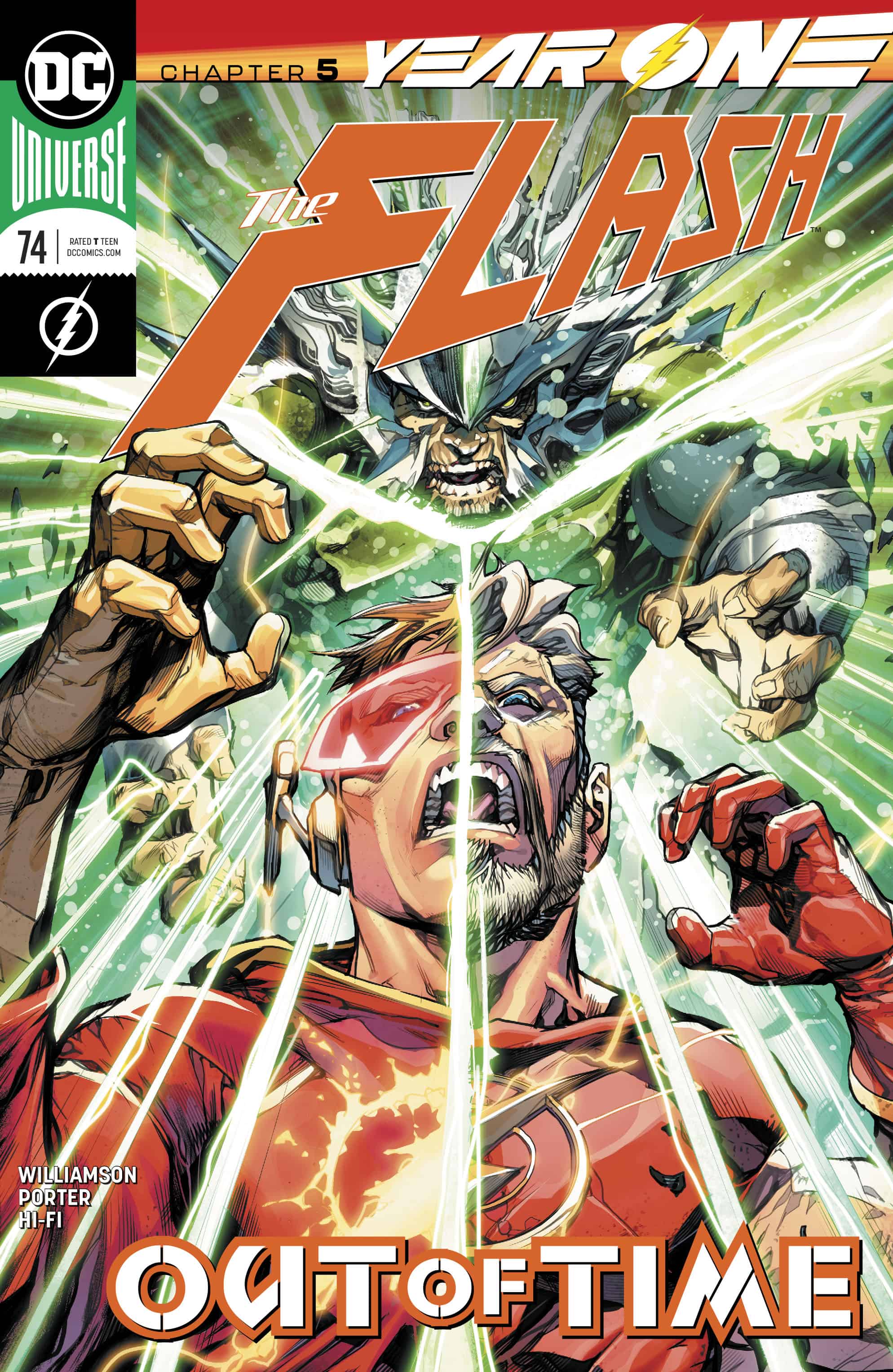 The future has invaded the present! The Turtle - or, King Turtle as his future iteration is known - has brought his armies to present-day Central City - along with the future Flash in chains!

Barry springs into action, but is quickly swatted away like an ineffectual nuisance! 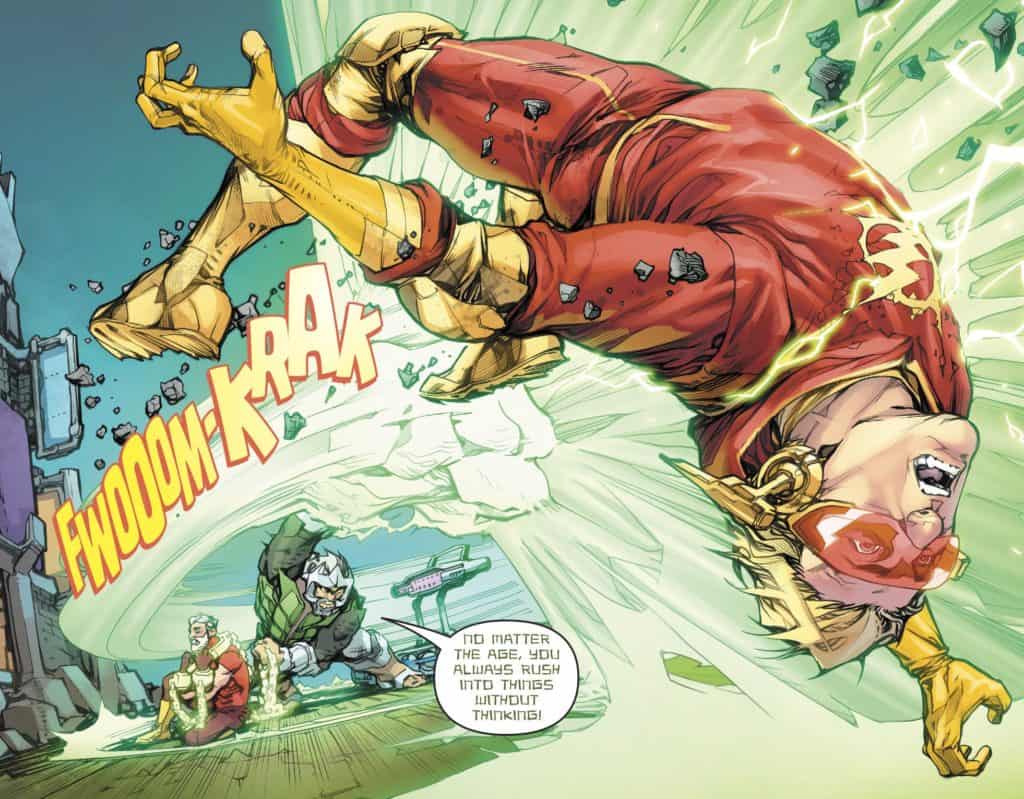 But Barry does manage to pull off a surprise, and manages to wrest his future self away from King Turtle's control. Future Flash's surprising message, though? "Run away!" 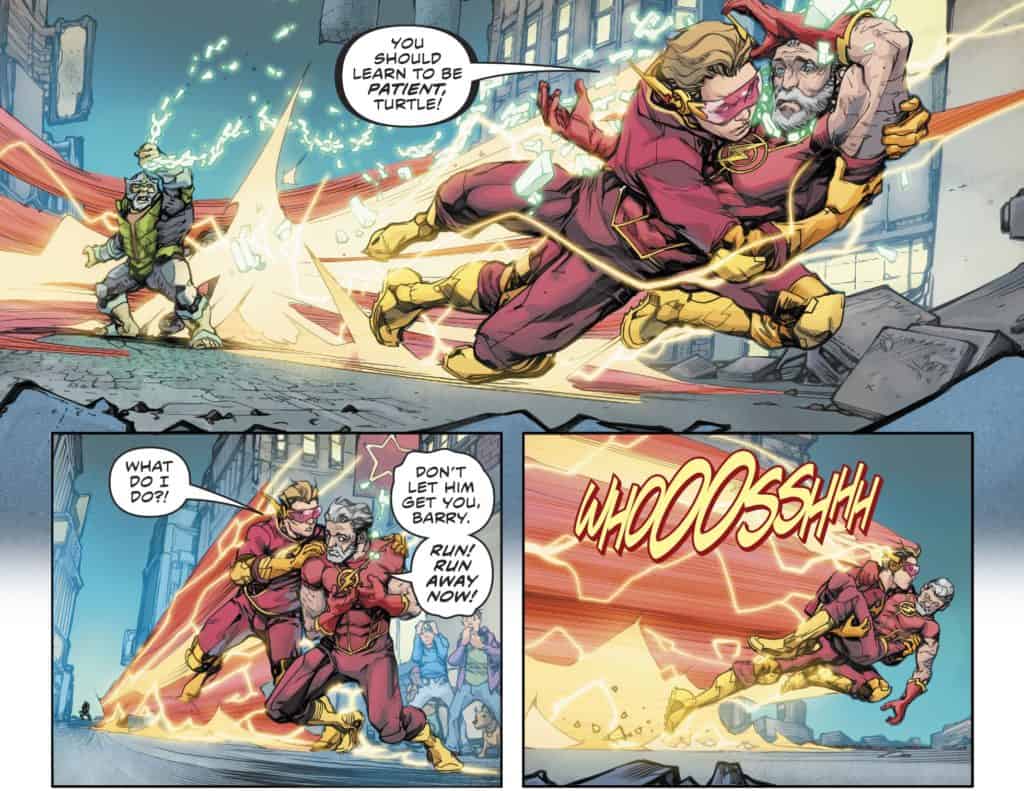 Temporarily safe and secure, Future Flash tells his younger counterpart that the only way to win the day is to let events play out, or run the risk of at time paradox. He also has another surprise: thanks to King Turtle ripping the Speed Force from him, he's dying! 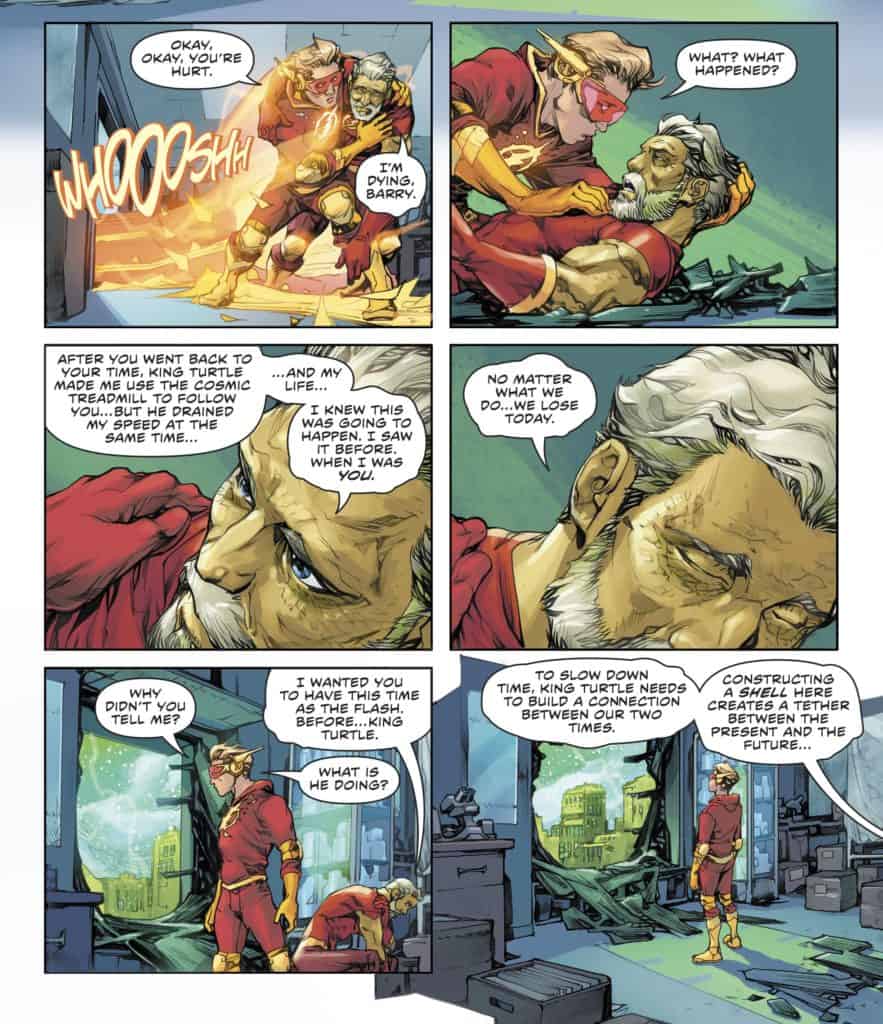 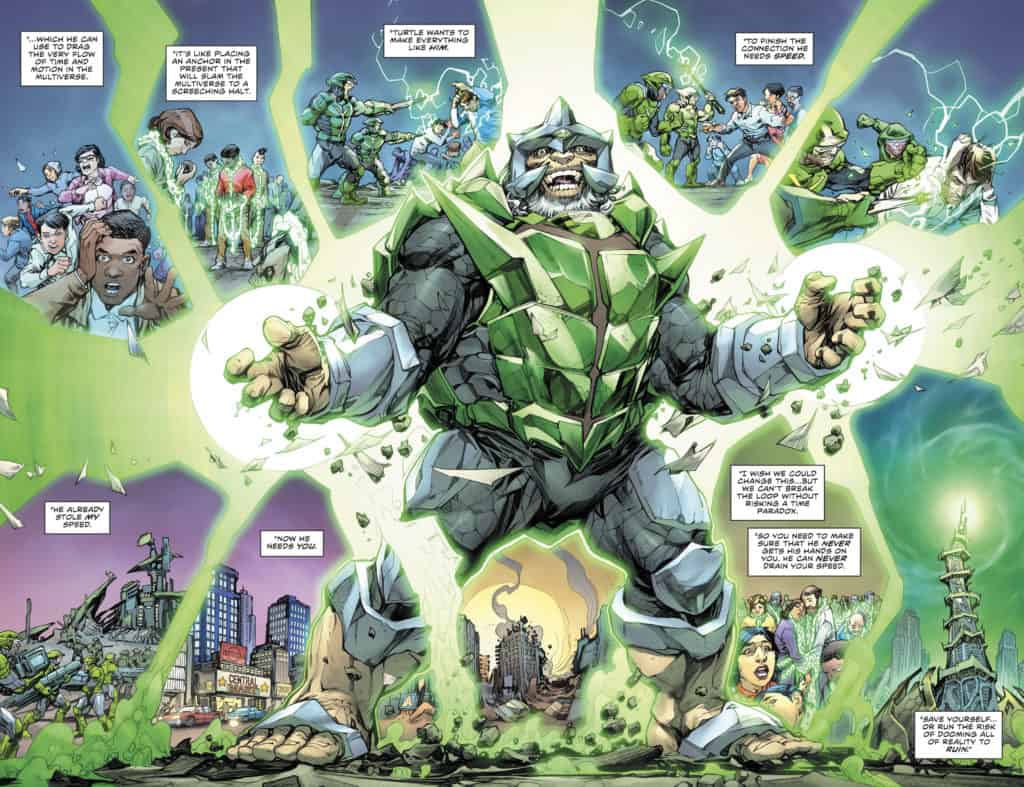 In shock and disbelief, Barry and his future self have a heart to heart. The elder Flash has seen a lot more, been through a lot more, done it all... and knows how the events of the day will play out, because he's been there. But our Barry is young, and despite a lifetime of cynicism, has had his eyes opened to life's possibilities thanks to the dawning of his powers. Barry isn't ready to give up, nor does he accept blind fate. And in this moment, at the dawning of his realization of who he is and what he's willing to fight for is the moment he finally becomes... THE FLASH! 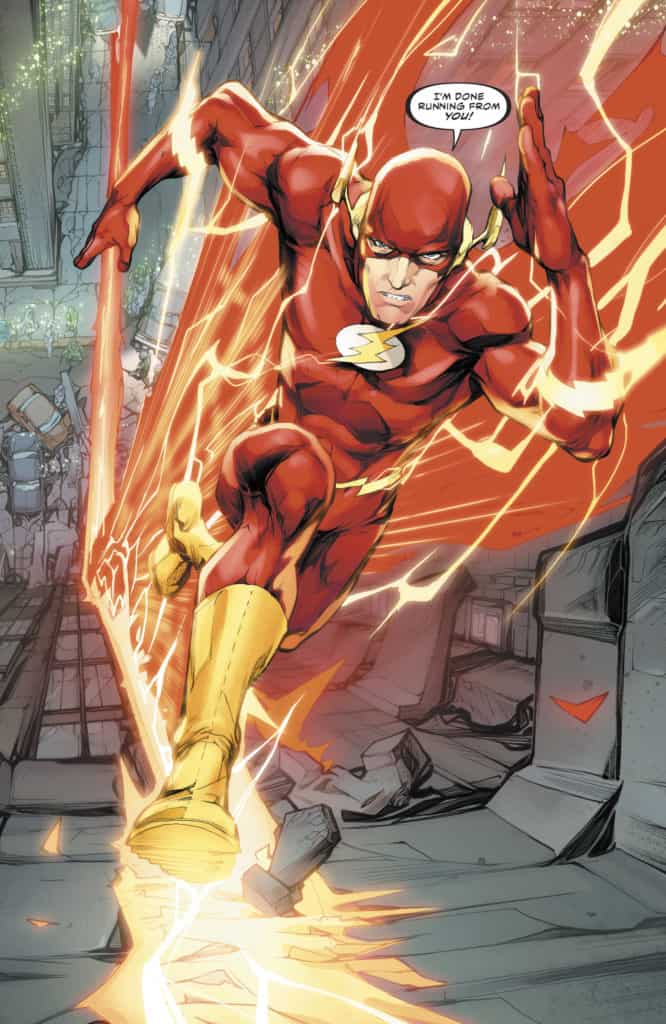 Despite timey-wimey shenanigans, “Flash: Year One” is rocketing to a dramatic and (mostly) well-earned conclusion. (I’ll get to that “mostly” in a second.) Although not the back-to-basics nuts and bolts approach to a Year One story I’d prefer, it’s hard to deny the potency in the elements writer Josh Williamson has assembled for this story.

Consider: Barry Allen, one-time cynic with his eyes opened to the possibilities of the world around him, is now in a position where he sees what happens due to his own inaction – thanks to the world-weary “advice” of his own future self. If that isn’t a big, eye-opening life lesson for a young hero to learn, I don’t know what is.

This “advice – ” which Barry roundly rejects – is what spurs him into action to overcome overwhelming odds.  This may ultimately wind up being revealed as a ploy from his future self to urge Barry to believe enough in himself to confront King Turtle and win, but for now, it works.

That rejection of fate is what leads Barry to becoming a hero, and ultimately donning the cowl of the Flash, and that’s where the story goes just a notch askew spiritually, so to speak. In theory, a hero’s defining moment should be something not only crystal-clear but also clean-cut and relatively easy to convey. “Barry Allen’s parents died, so he became a guy who dresses like a bat and beats up lunatics.” “Peter Parker’s uncle died and he’s sad and his guilt complex compels him to beat up muggers.” “Hawkman flaps around.” And so on. But in Barry’s case – at least vis-a-vis this yarn – the story of how he gets to this moment is so unbelievably convoluted, it actually detracts from its power. It isn’t a dealbreaker, but it does mean Williamson doesn’t quite earn his Big Moment like he would otherwise like.

But the action is more than compelling enough to keep the story moving forward, rocketing forward with natural ease by Howard Porter – though, I’ll say, some of his faces look a little wonky this go-around. Maybe a deadline issue? Not the worst I’ve ever seen by any means, just a little noteworthy artistic gaffe from an otherwise stellar penciller.

Flash #74 brings the penultimate chapter to Barry Allen's inaugural run as eponymous character, and it doesn't disappoint, despite Williamson not quite sticking the landing for Barry's big coming-out party as a hero.