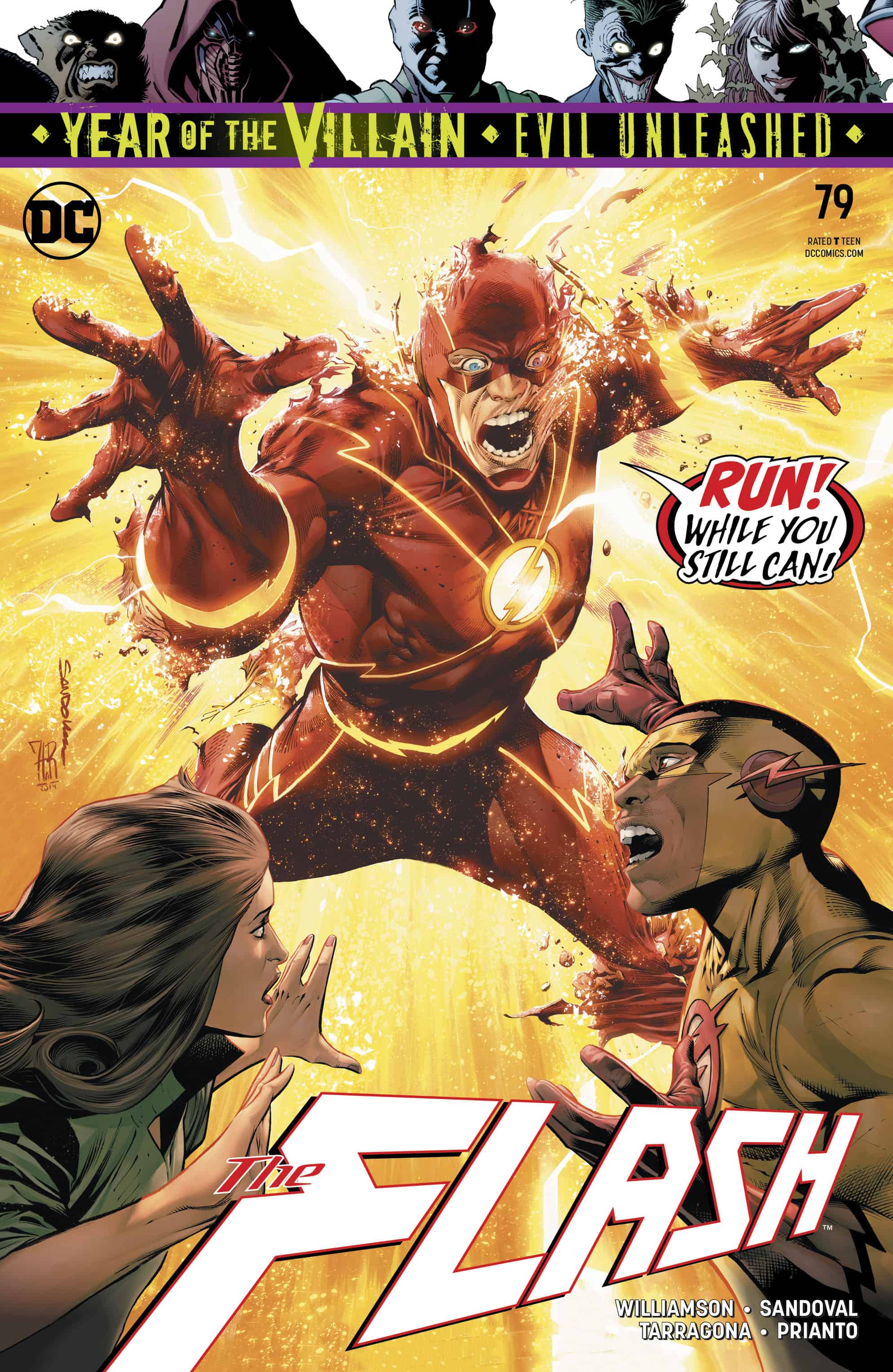 As predicted, the Flash's bonds for Fuerza and Steadfast don't last for long! 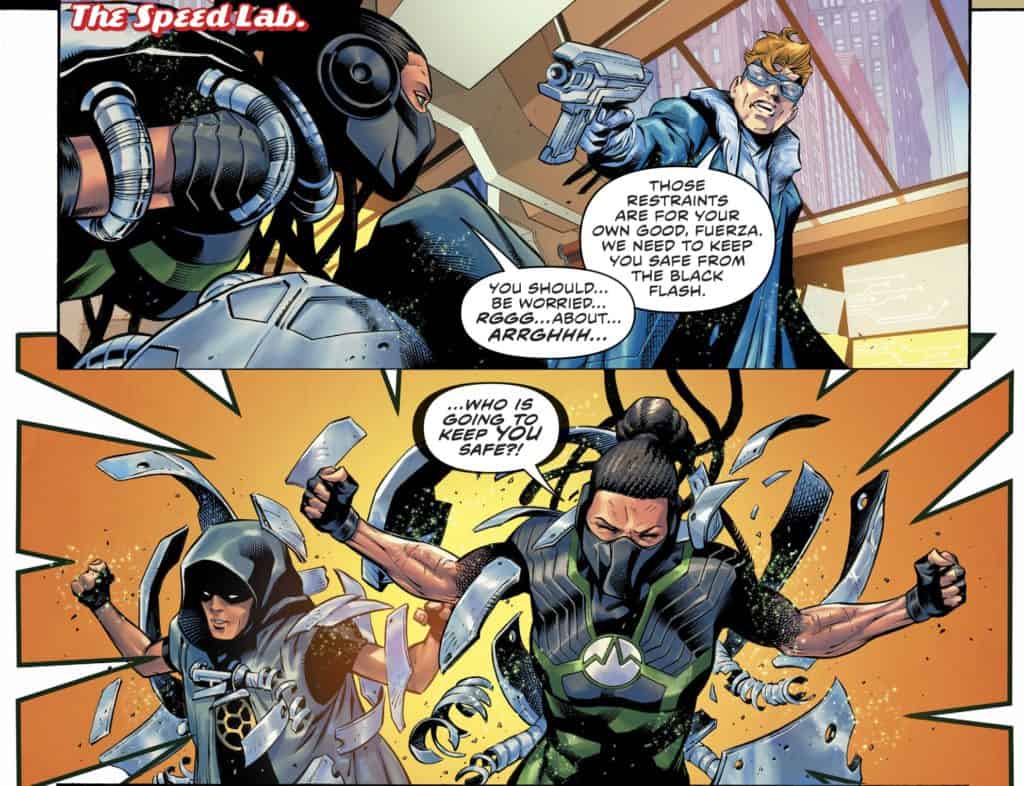 But Fuerza's anger quickly subsides once the Flash returns with Psyche's withered corpse in tow. The Black Flash has struck... and either of them could be next! 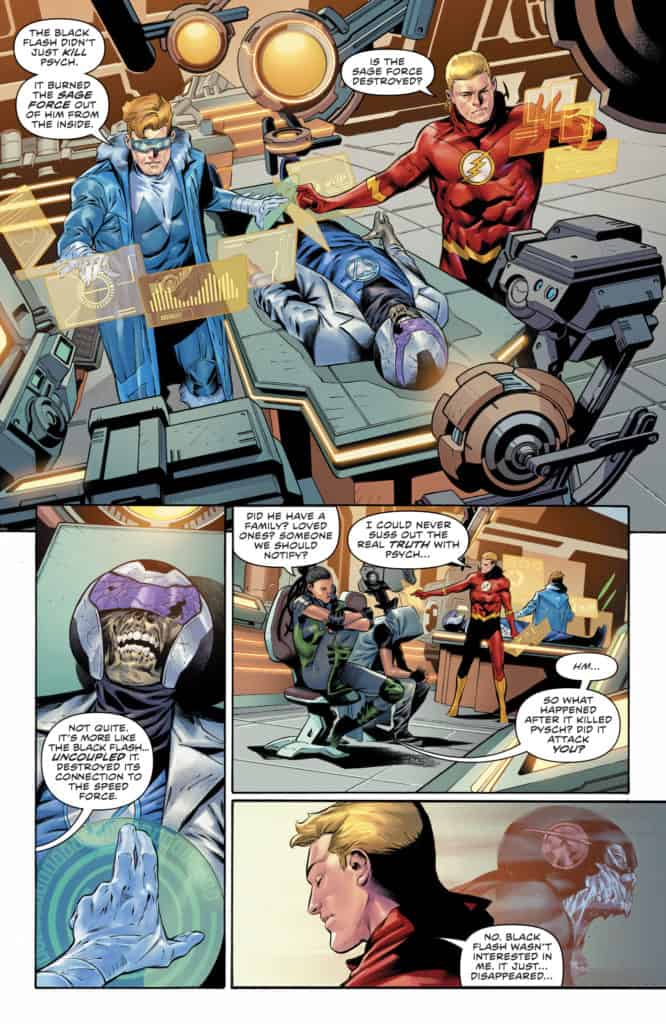 However, with Psyche's untimely demise, a portion of the Speed Force power is returned, which means everyone connected to it gets some of their speed returned. Not just Barry - but Kid Flash and Avery, too... and that partial return to form has them setting their eyes on some VERY big fish! 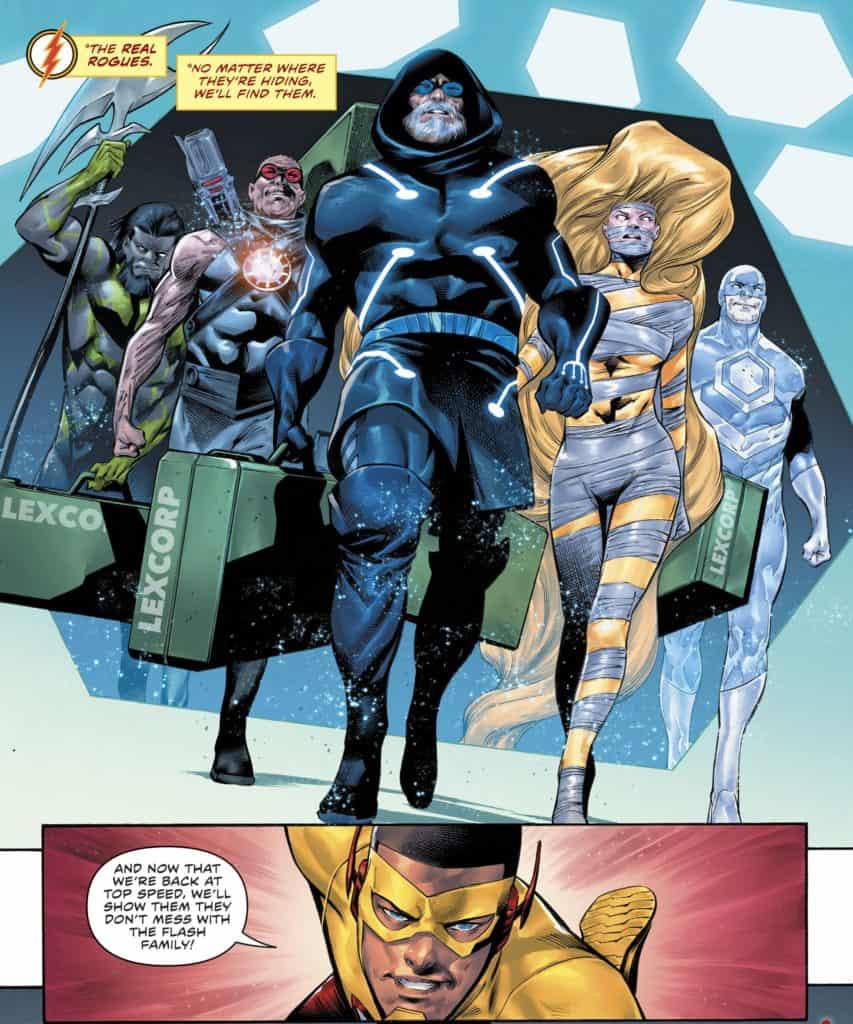 Elsewhere, though... a very unexpected arrival has thrown a serious monkey wrench into any plans the Flash might have made! 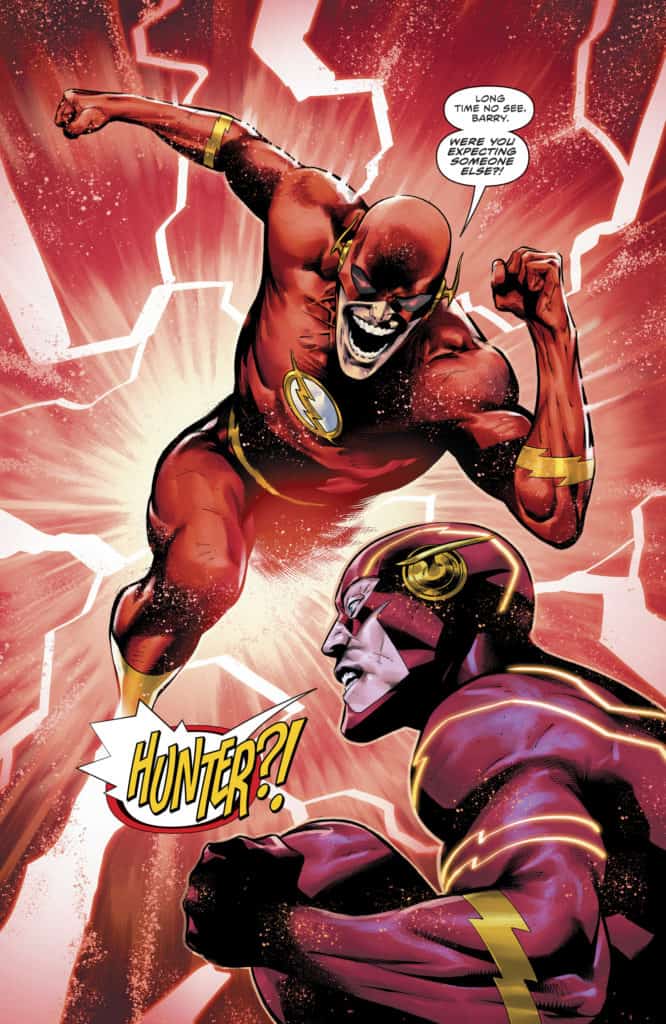 ZOOM is back!! And no one is safe!

Saying things have gone from bad to worse in Flash #79 is one hell of an understatement. As “Death and the Speed Force” continues, things hit full-blown crisis mode (but not quite Crisis-mode, heh) and things continue to spiral further out of control. Not even the fastest man alive can keep up with all the $#!+ hitting the fan at once, and the pressure shows.

If things weren’t bad enough with the Black Flash intent on murdering Fuerza and Steadfast (and succeeding with Psyche), now Zoom has entered the mix and the long-simmering subplot with the reconstituted Rogues is about to hit a fever pitch, with Kid Flash and Avery caught in the middle. What’s a speedster to do? I’m not sure, but this level of unpredictability had until recently been missing from Flash, which had been content to spin its wheels and go through the motions in a pedestrian, paint-by-numbers kind of way. Then “Flash Year One” upped the stakes, and now “Death and the Speed Force” is pulling together a number of long-brewing subplots from the last twenty-five issues or so and throwing them all into a big, tasty, balls-to-the-wall stew of Flash-y goodness.

Josh Williamson is a good writer when he wants to be. He’s clearly comfortable playing the long game – he just isn’t always good at it. Has it been worth it to slog through twenty issues of bad-to-mediocre storytelling to get to this point? Is it fair to judge this issue and storyarc against what preceded it? Maybe, maybe not – that’s for readers to decide. But this issue, Williamson (with a spectacular showing from artist Rafa Sandoval) proves that he has the chops to show out when he really wants to. There’s a great feeling of suspense throughout, especially once Zoom enters the fray, but also a massive wave of foreboding as Kid Flash and Avery race to confront the Rogues. Things are only going to get worse from here, and assuming Williamson is able to keep up this pace, it’ll be a ride well worth taking.

Flash#79 expertly ramps up the tension of "Death and the Speed Force," reminding readers how good not only this title can be but also its writer.