"Death and the Speed Force" comes to its shocking finale! Zoom (a.k.a. Hunter Zolomon), powered up by his stolen Forces, moves to directly confront the Black Flash! 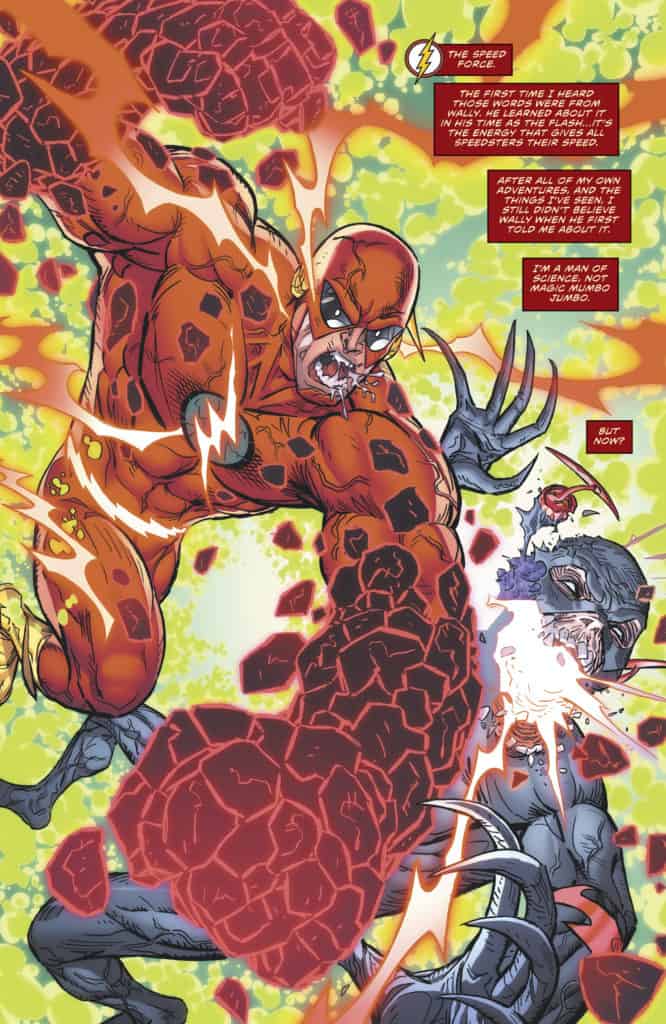 The battle remains pitched, but Zolomon gains a momentary edge. Flash then takes a moment to reveal some harsh truths... 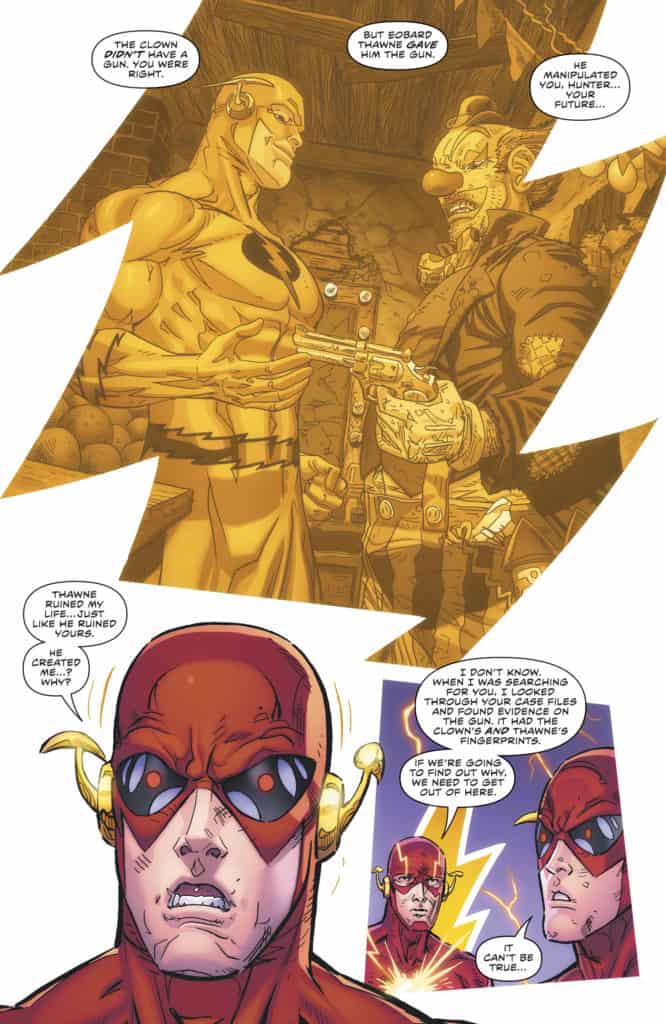 Confronted with the reality that everything he thought he knew about his life was wrong, Zoom moves to make the ultimate sacrifice against his foe to redeem himself and stop the Black Flash once and for all... and with Doom winning over Justice throughout the so-called "Year of the Villain," what that means might just change the Flash forever!

After a whipsaw ride of twists and turns, “Death and the Speed Force” comes to an… interesting conclusion in Flash #81. The Black Flash is presumably defeated (or at least whatever an entity such as that can consider defeat), Zoom’s story comes to a sort of a conclusion, and the Flash moves on to the next phase of his evolution under writer Josh Williamson.

It definitely wasn’t a given that this was how this story would play out, especially with the most un-telegraphed move of throwing Zoom into the mix in the third act. Truth be told, Hunter’s late-game addition seems to be a last-minute, unplanned kind of maneuver, like maybe Williamson wasn’t quite sure how to get through to the end so he decided to sub in a ringer. The end result remains the same – the Black Flash stands defeated, and the individual remaining Force wielders remain safe –  but how much sense does it actually make? Why did this have to be the moment Hunter Zolomon realized the error of his ways and sacrificed himself (maybe) for the greater good? It all plays out a little too conveniently, and with the uncertain cliffhanger this issue ends in, provides too little resolution. Instead of closure, readers are off to the races for the next purported mini-epic of Williamson’s run.

Josh Williamson has been slowly, steadily crafting his long-term Flash tale for eighty-one issues now, and as events in Justice League conspire to entangle with his own story, one has to wonder just how in control of this journey the author truly is at points like this. Given the overlapping Force subplots this book has with Justice League, it’s clear he’s on the inside track with fellow scribe Scott Snyder to continue writing the entire DCU into the future, one crisis at a time. And where there’s crisis, there’s always a Flash… But again, the late-game inclusion of Zoom to “Death and the Speed Force” makes me wonder just how much Williamson is in control of certain aspects of the story, and how much was dictated by editorial as means of accommodating the greater DCU narrative. Either way, any sense of closure this issue might have brought just feels off and less than the sum of its parts.

On the art side, artist Scott Kolins and colorist Luis Gerrero do a fine job, although truth be told Kolins’ art is looking less and less like his old self and more like he’s leaving finer details out of the mix, resulting in a less-nuanced version of his typical style. It won’t be every reader’s cup of tea, but it’s distinct and gets the job done. However, considering the first issues of this arc were drawn in a very different style by Rafa Sandoval, reading the story from start to finish will be a visually jarring experience.

Though not a very satisfying conclusion to "Death and the Speed Force," Flash #81 does succeed at moving the over-arching story forward and presents several intriguing cliffhangers that will leave readers impatient for the next issue.