Flashpoint Beyond #4: Kickstart My Heart 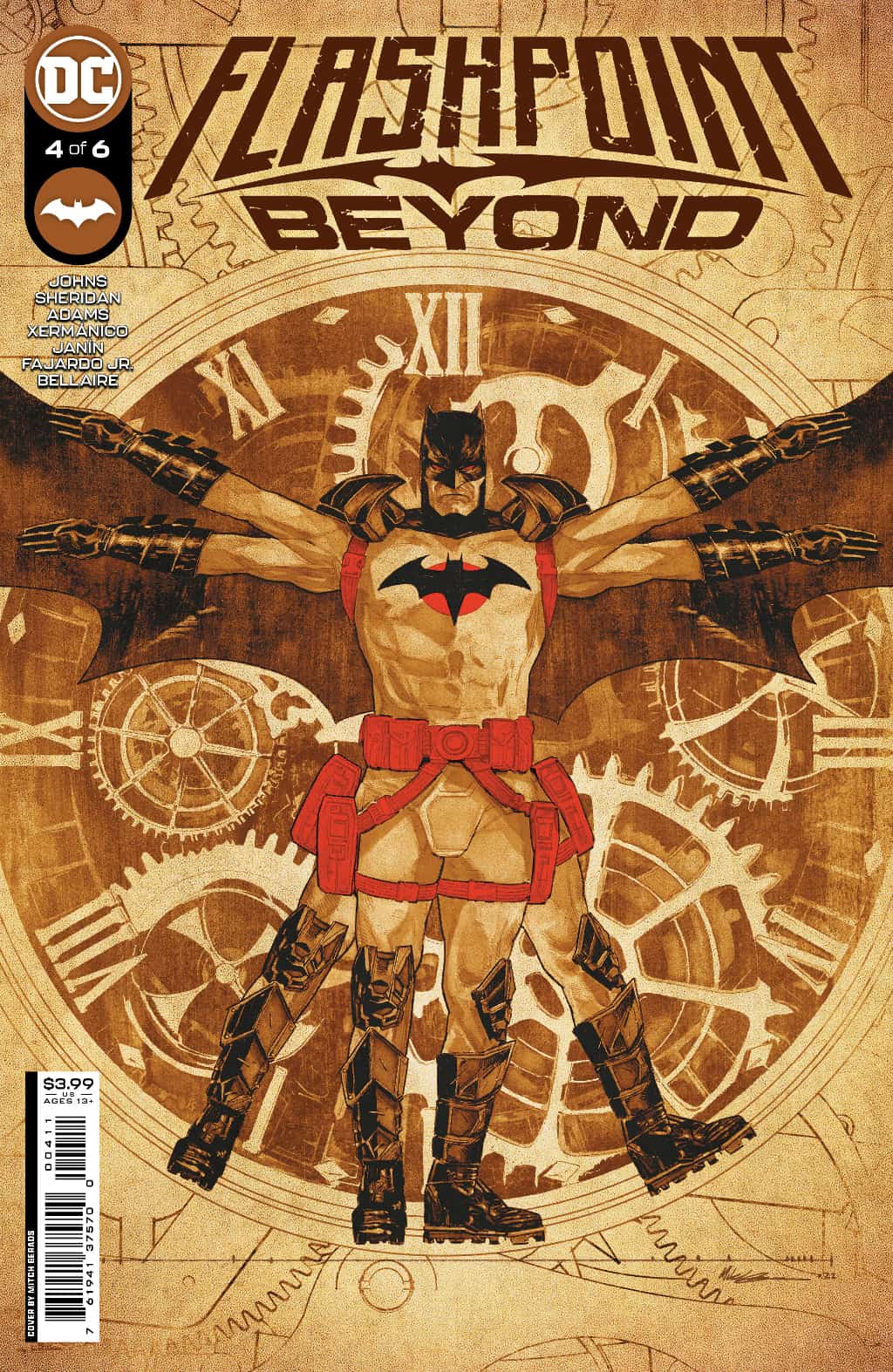 Thomas Wayne is Batman. He got pulled from his world into a very different world. Now he's back in his world, which has changed drastically. Also, his world was destroyed, so he has no idea how or why he's back.

I hope you’re hungry because this comic is a twelve-course meal on the Flashpoint universe and DC in general. And what a satisfying meal it is! The writing team of Tim Sheridan, Jeremy Adams, and Geoff Johns leave nothing on the table after this issue, but there’s still plenty in the fridge for you to chew on until the next issue. I don’t feel right calling this issue “fun”, but it’s definitely an exciting issue, and this is the issue that this series goes into high gear. Flashpoint was a very beloved series, so it’s a nice treat to get to head back there for a visit, and it’s also nice that things there haven’t slowed down one bit. It’s still an action-packed, thrilling, dangerous, place that’s settings and characters are so very familiar, yet oh so very different. The writers aren’t afraid to shake it up and dump it on its head, A very enjoyable, meaty, story that you’re going to enjoy more than once during the month between this and the next issue. 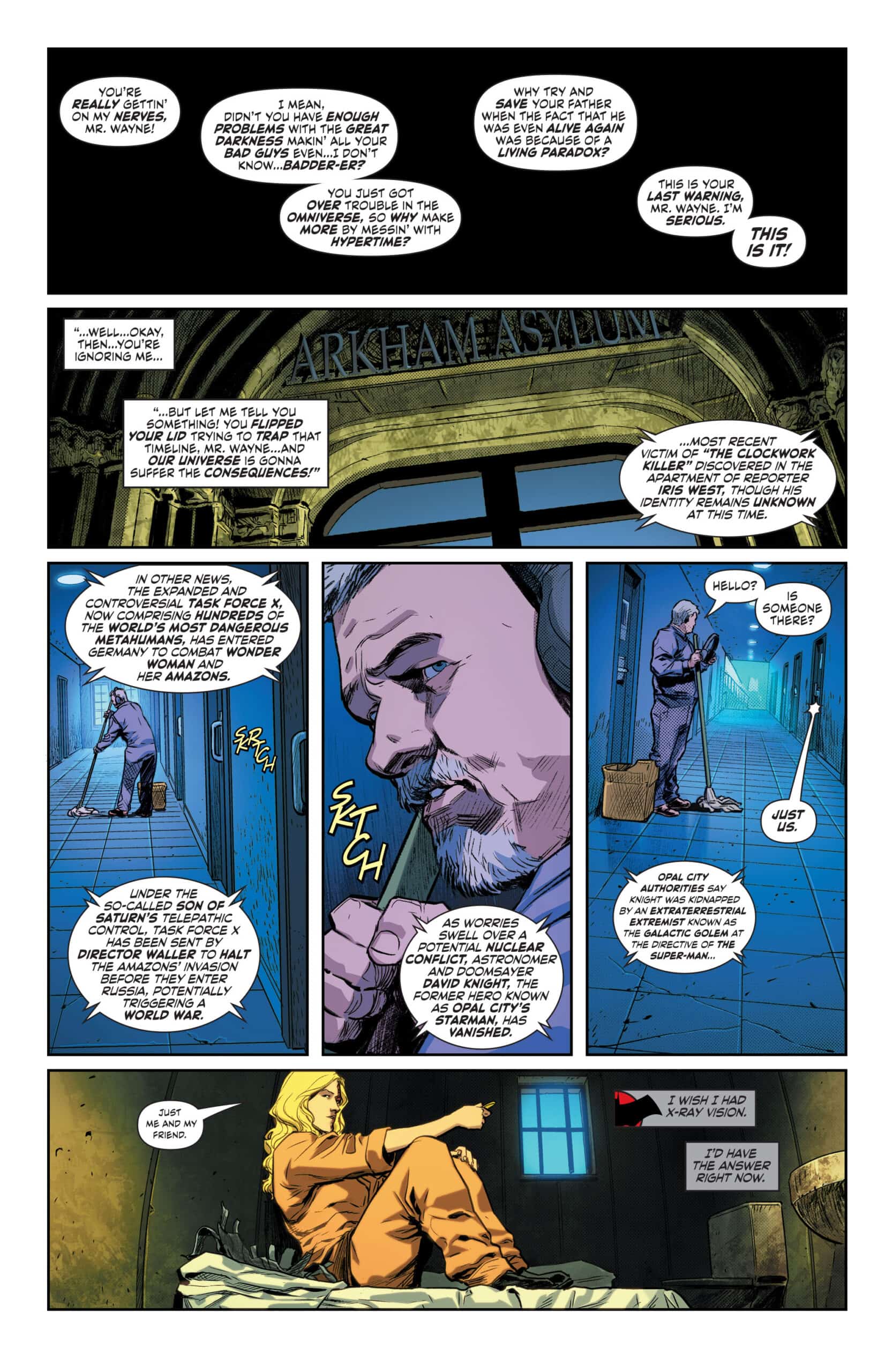 The artist team of Mikel Janin and Xermanico are back for their usual awesomeness, and neither one of them disappoint. They both bring this universe to life through their art with a healthy dose of help from colorists Romulo Fafardo Jr. and Jordie Bellaire, whose colors give this issue its tone, emotion, and spirit. The art team has done some killer work so far and they don’t look to be slowing down anytime soon! Also, keep an eye out for “Easter eggs”, because there are plenty!!!

An excellent issue in this fantastic summer mini-series. Don't sleep on this one, folks. It's becoming more and more apparent that this series is very important to the DCU.

Flashpoint Beyond #4: Kickstart My Heart