Fortnite X Marvel Zero War #2: A Thrill For All Fans! 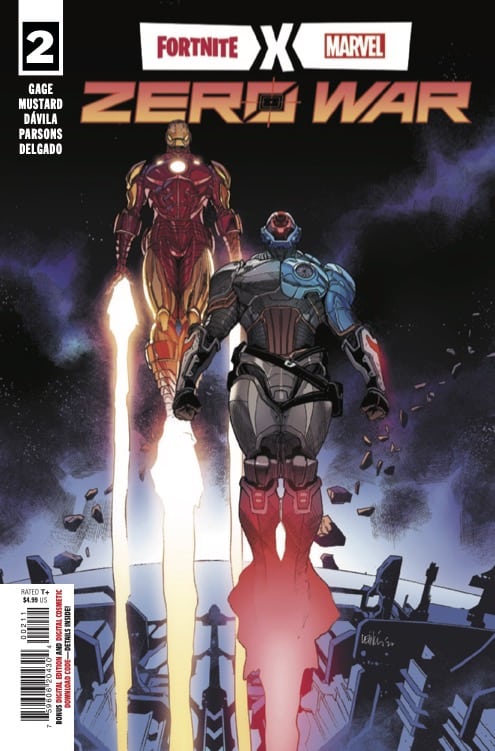 War has come to Fortnite Island, waged between the Imagined Order--a group of scientists who force multidimensional warriors to fight each other in endless time loops as “research”--and the resistance, known as the Seven.

Spider-Man, who’s been fighting alongside the Seven, returned to Earth-616 to recruit fellow super
heroes to the cause and hunt down a shard of the Zero Point--the source of all cosmic creation--that landed in Reality 616 after Galactus was expelled from Fortnite Island.

The leader of the Seven, the Foundation, believes that with the help of this shard and the skills of heroes like Iron Man, Thor, and Storm, the Seven can find and repower a lost mech capable of annihilating the Imagined Order--and turning the tide of the war.

If you know me, you know that I am a huge fan of comics (duh, who isn’t here at Comic Watch) and a huge gamer of Fortnite. I’ll admit that I don’t know much about the story behind the characters in the game since I mostly play in the Battle Royale mode. Still, when I heard that Marvel and Epic Games (the company behind Fortnite) were teaming up to create a crossover, limited-issue series with their properties, I knew I had to add this to my pull list.

And let me tell you – it does not disappoint. 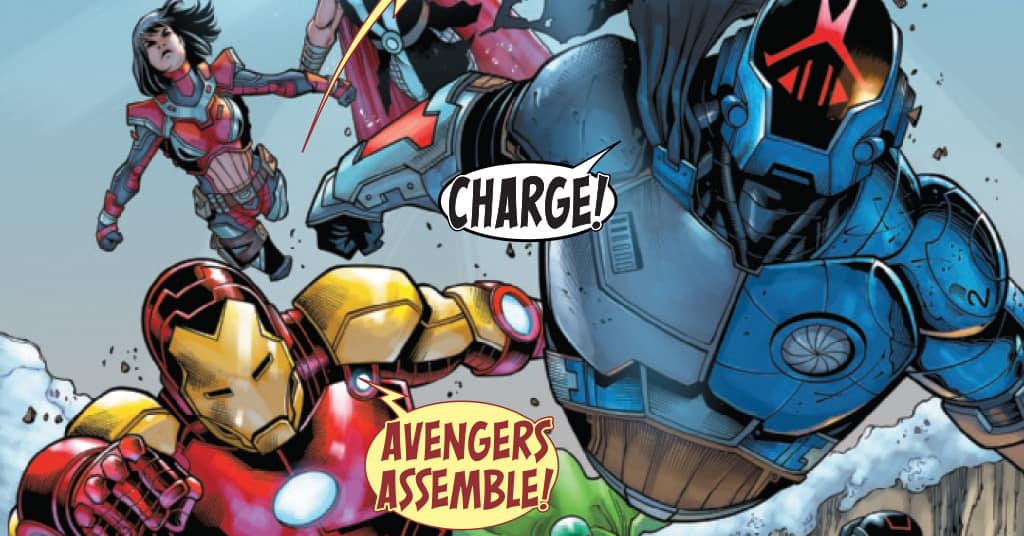 First off, if you are reading this and you think you’ll be lost in reading the comic because you don’t know anything about Fortnite – I would encourage you to at least get the first issue and give it a shot. Marvel and Epic Games does a great job of integrating the Fortnite characters in the story for the gaming audience, but they also give you enough detail about them without overwhelming you with all the details for those who know nothing about the game. So even though I play Fortnite, I don’t know the background story but I felt like they did a great job making sure that the average reader doesn’t get lost and still enjoys reading it.

Writers Gage and Mustard do a fantastic job of creating such an enjoyable story that includes all of the elements you would want in a comic book story while at the same time making it seamless as though you could be reading a Marvel Universe or a Fortnite Universe story. The opening pages hit the ground running with the action so you might have felt like you missed something. Nevertheless, that momentary concern fades away with the witty humor from Iron Man and Foundation. We get jokes that make you laugh out loud like a lunatic, and they also include little Easter eggs that don’t commit the story to canon but play with the idea that the Fortnite Universe could in fact be connected to the Marvel Universe in a way we haven’t seen before. We see both teams exploring areas that lead to exciting revelations and characters that make you drop your jaw. And no spoiler here – but there may be potentially a crossover with another current Marvel series as you read this issue! Overall, each page of the story was engaging which makes you worried if you step away from the book that you might miss something. 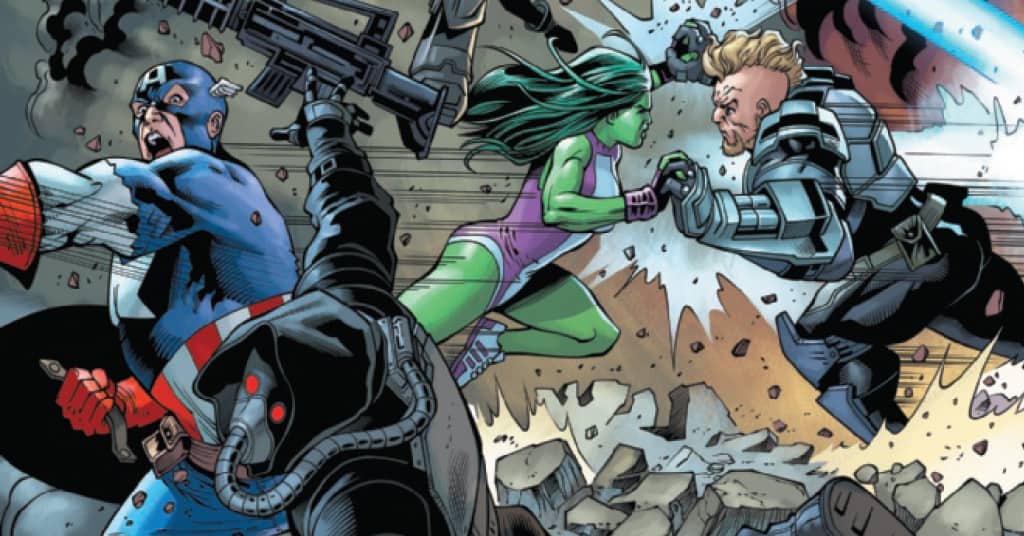 Just like any other Marvel property, the art here is really great. Davila, Delgado, and Parsons do a great job of having fans be able to follow along and recognize their favorite characters from the game, and the composition work does a fantastic job of leading the reader to the dialogue and action. Caramagna’s lettering does a fantastic job of using art that matches the personality of each character, as well as a brilliant job of doing a crossover, shared dialogue bubble on the first page that was so creatively genius, it will definitely encourage artists to think about how they can have fun with opportunities like this. For my own personal tastes, the coloring was not appealing to me because it had more of a blurred, almost chalk-like look to it, but that didn’t prevent me from enjoying the story or being so impressed with the stellar work of the creative team here.

I can't say this enough - do NOT dismiss this run simply because it incorporates a popular gaming franchise. The creative team has done a phenomenal job of making this a thrilling story that all fans alike can follow and enjoy. It is not an easy feat to seamlessly tie two popular properties into one existing story, but the creative team made it look like it has always been together all along.

Fortnite X Marvel Zero War #2: A Thrill For All Fans!