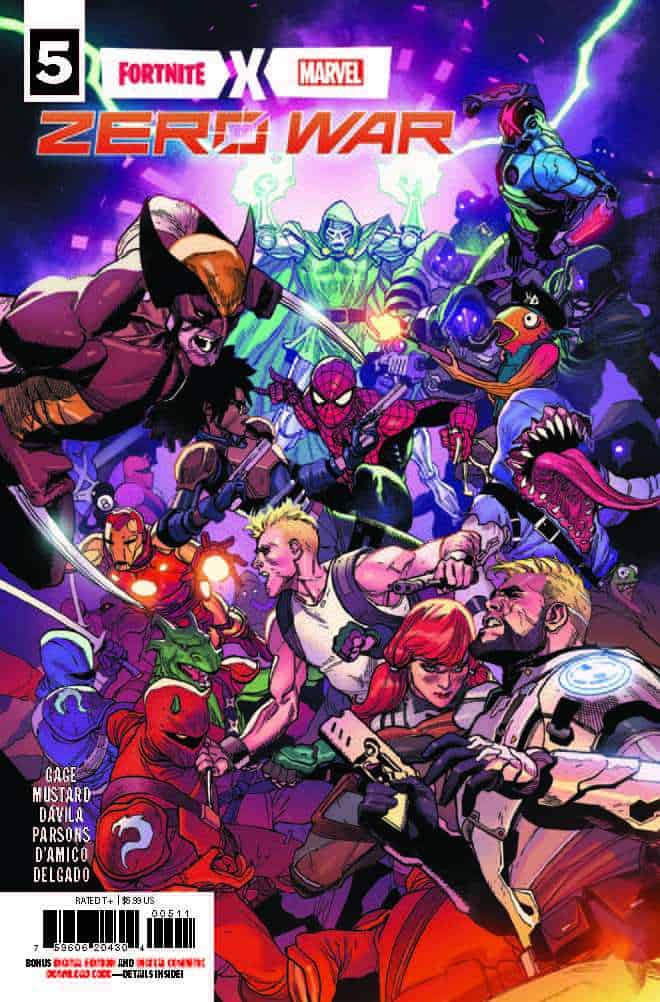 I’ve been faithfully reading his run since the first issue was released. As a Marvel fan and Fortnite gamer, this was definitely in my niche. Every issue that came out, I absolutely enjoyed. I thought the story and art were fantastic, and I couldn’t wait for each issue to come out.

But I’m not going to lie; this last issue has left me in a bit of a state of confusion. 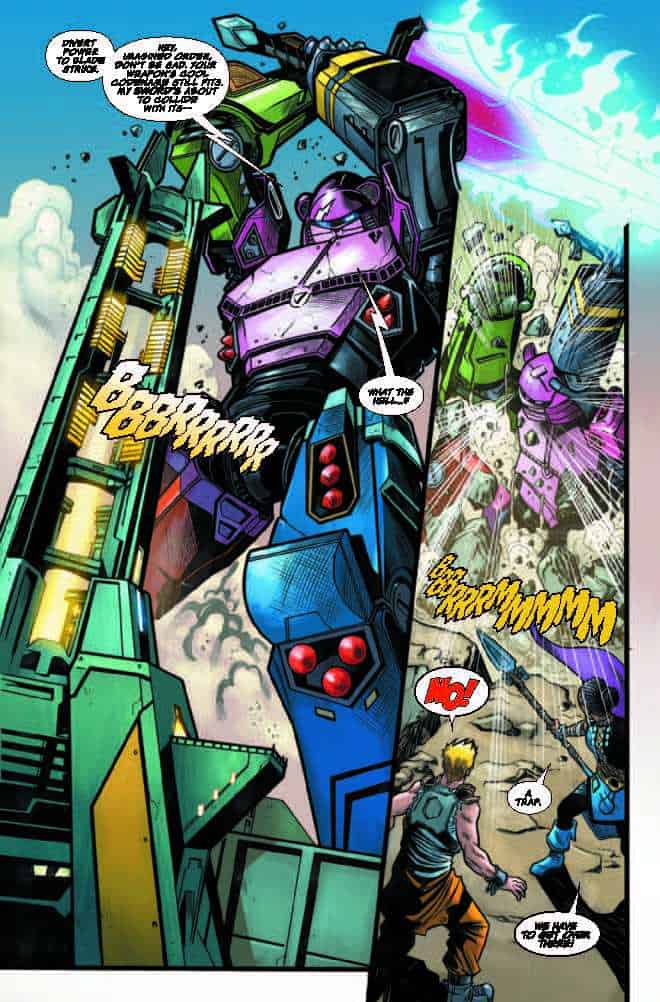 I’ll start off with the art here. As always, the artistic team has done a great job merging the two distinct properties into one single universe (or omniverse). The details and composition are impeccable, and the way they tell the story is just so cinematic. They always seem to know how to show you the story and not just have it told to you, which is always a great testament to the work of the artists. 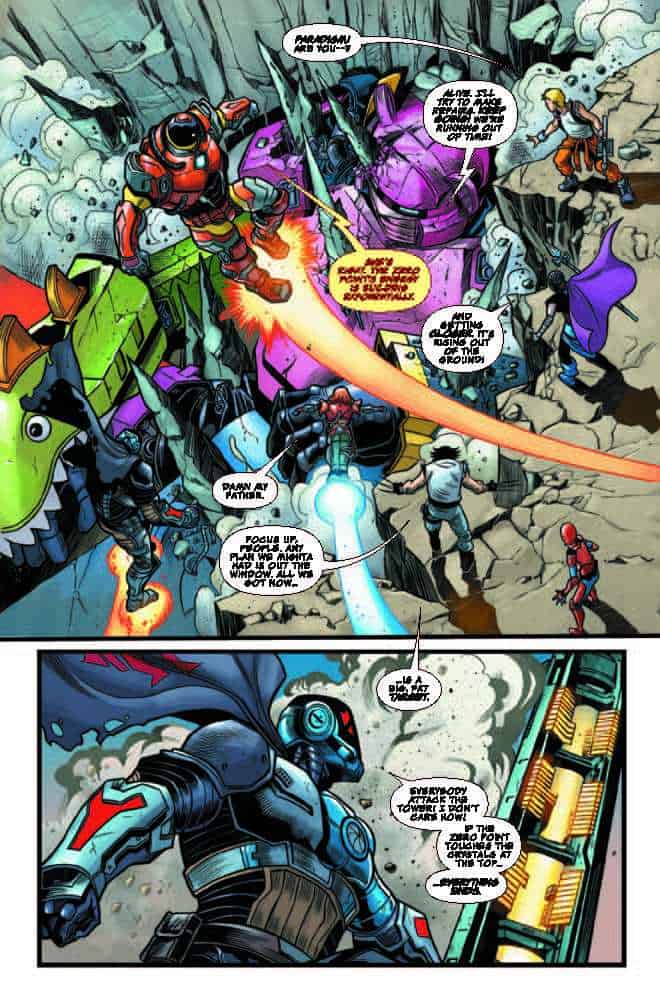 The story in this issue, however, is the weakest point for me. First off, this last issue just seemed so rushed. By the end of the issue, we get Geno, who wasn’t really teased in the previous issues, and just as quickly as he showed up, he was gone. Now the argument could be made that he is being teased as to return in a future series, but the fact that he shows up suddenly without warning in the last issue still stands. It just felt rushed the way this story was told.

Although they did this in the other issues, it did bother me that it seems they skipped scenes between the last issue and this issue.

I’m also not a fan of the fact that they made Imagined and Wolverine an intensely romantically in-love couple. At best, it seemed like they hooked up, but I never felt any indication that they were really more than that in the previous issues. So for them to have that relationship and pit Wolverine against Order like that (when Order, earlier in the issue, thanked Logan for making her sister happy) felt like it was a leap to make it seem like that relationship had that kind of progress.

Lastly – the eyepatch. I’m not sure the reasoning behind having it, then taking it off, then putting it back on again other than to make it a memento for Logan and Imagined. It just felt out of place. Maybe it’ll have more significance in future issues, but as it stands now, it seems unnecessary. 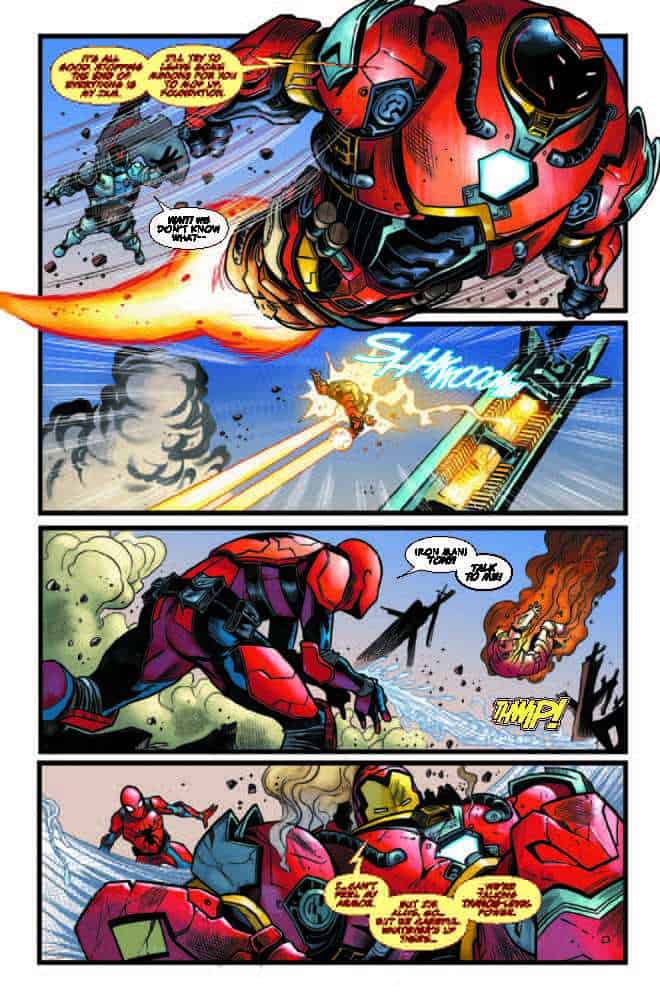 That. being said, I did value other aspects of the story. I love Doctor Doom’s ominous ending – it reminds me of the Batman Fortnite Zeropoint ending with the Batman Who Laughs. I also love how Tony Stark and Foundation landed on mutual respect and that Stark tried to, unsuccessfully, convince him that they are “Armor Bros.” And Jones, as a sad-yet-comic-relief character, is a masterpiece. Almost like a Deadpool, you have moments where you really feel empathetic towards him, but he has moments where he lives for life that make you laugh and enjoy him.

The series as a whole was great, but this last issue felt rushed to the end if I'm being honest. It felt like parts were skipped just to deliver the end result and the last issue suffered for it. However, the story as a whole is wonderfully fun and I can't wait to see the next Fortnite X Marvel series.