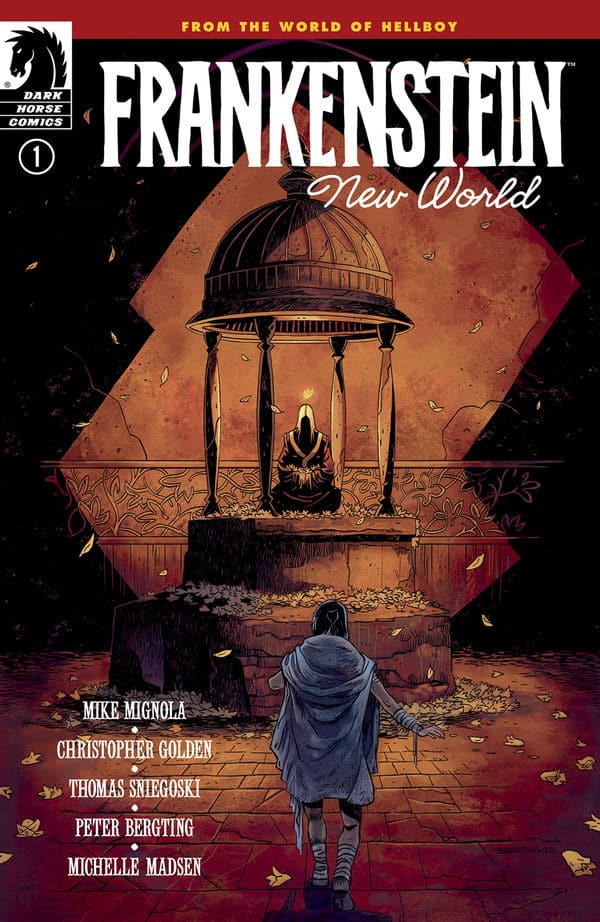 Safely tucked away inside the hollow earth where humanity survived after Ragna Rok, precocious young Lilja receives visions of a new darkness taking root on the surface. Defying her elders, Lilja awakens the timeless oracle--once known as Frankenstein--to investigate the warnings and, perhaps, even explore the new world above. 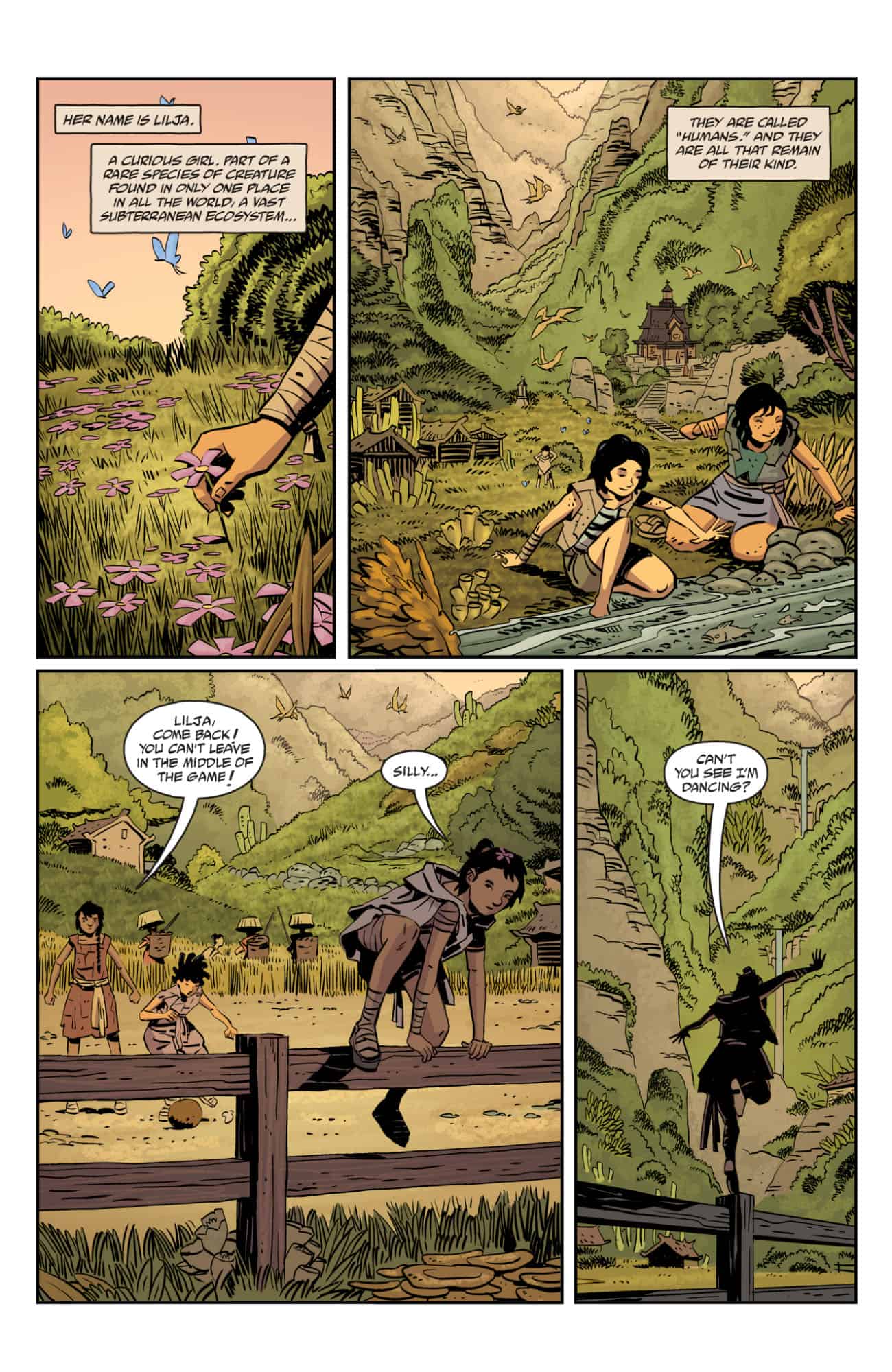 Are there stories to tell after the end of life as we know it? According to Frankenstein: New World #1, absolutely. The series takes place sometime after the apocalyptic conclusion of B.P.R.D. The Devil You Know gives readers a first look at the Earth after Ragna Rok. Mignola’s Frankenstein quickly became one of my favorite characters from the Mignolaverse, so I am thrilled to get more of him. What works so well about this universe is that Mike Mignola has some incredible collaborators. Christopher Golden has collaborated with Mignola in various forms, most notably on Baltimore, or, The Steadfast Tin Soldier and the Vampire and Joe Golem prose novels and related comics. Golden isn’t the only returning collaborator. Frankenstein: New World #1 includes art by Peter Bergting and colors by Michelle Madsen, who have worked with Mignola and Golden on various books. Clem Robins is also no stranger to Mignola-related books and has been the primary letterer for many of the Hellboy comics. Robins does an incredible job interpreting the script so readers can get the most out of it.

Mike Mignola, Christopher Golden, and Thomas Sniegoski show readers an exciting path for Frankenstein. Many years after Ragna Rok, Frankenstein is disturbed from his meditative state by Lilja and the visions she is having. Pretty much any version of Frankenstein depicts him as a being trying to find their place in a world that doesn’t want them. Frankenstein Underground followed this idea. With Frankenstein: New World, the new world is completely new and unexplored, so he doesn’t belong as much as humans don’t, which is a fascinating theme to explore.

FRANKENSTEIN: NEW WORLD #1 returns to the world of #Hellboy after the fall of humanity where Frankenstein doesn’t belong just as much as humans don’t!