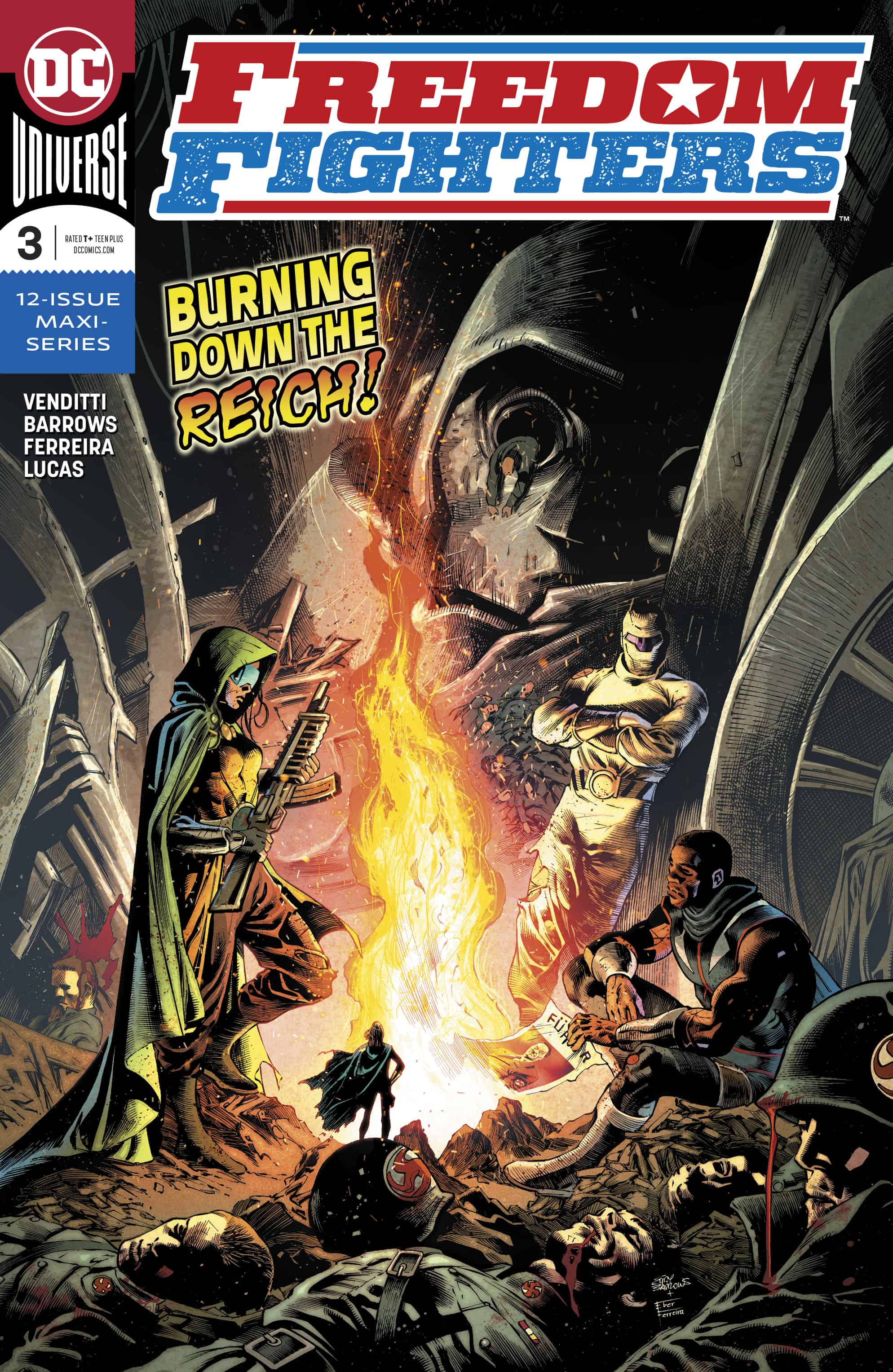 A minor rift within the Freedom Fighters becomes evident in a small argument between Phantom Lady and Black Condor; both feeling guilty for different reasons. PL from coming from a family of loyal Ratzi haves she emancipated herself from, BC for the have nots he's left behind. The mission at hand supersedes personal problems, and in no time God Bless America is playing across the former United States of America.

Meanwhile the Ratzis begin to plan a counteroffensive, Adolf Hitler III is coming for them! 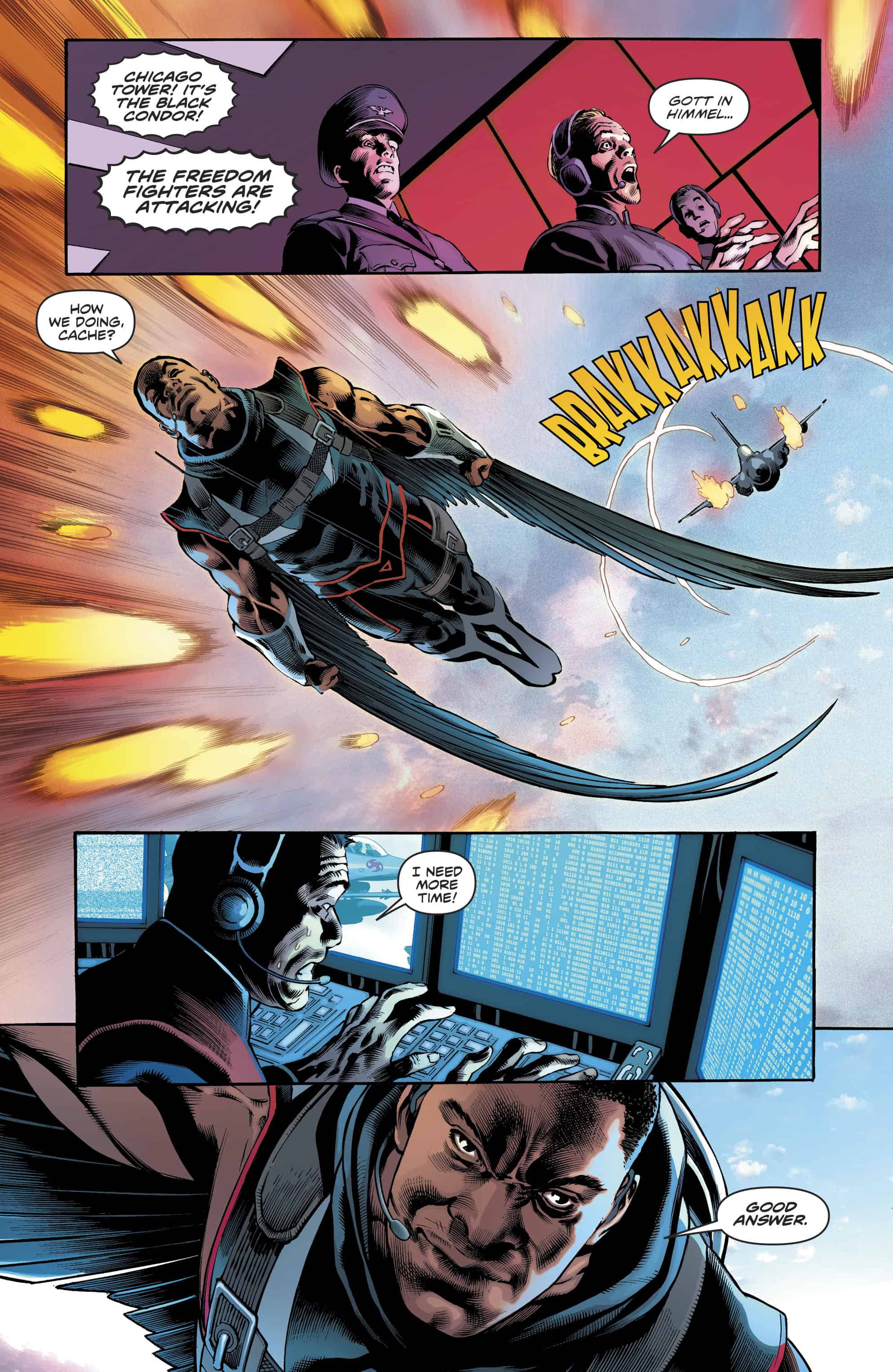 A bit of a slow issue at first glance with a lot of setup and one short action sequence but after the issue long fight of last issue a bit of setup was required. I was delighted to catch an Overman namedrop (Overman being Earth X’s Nazi Superman overlord for the uninitiated) and Adolf III looks gnarly in his torture room. I think this series has plenty of action on the horizon.

I liked the bit of world building provided by Black Condor’s backstory, it’s sometimes overlooked that the Nazi’s didn’t just target Jewish people, gays, blacks, gypsies and other “undesirables” were also victims of Hitler’s diabolical Final Solution and exterminated. Awful. Just awful. Black Condor growing up as a slave in a camp is very organic feeling for the Ratzi run Earth X. 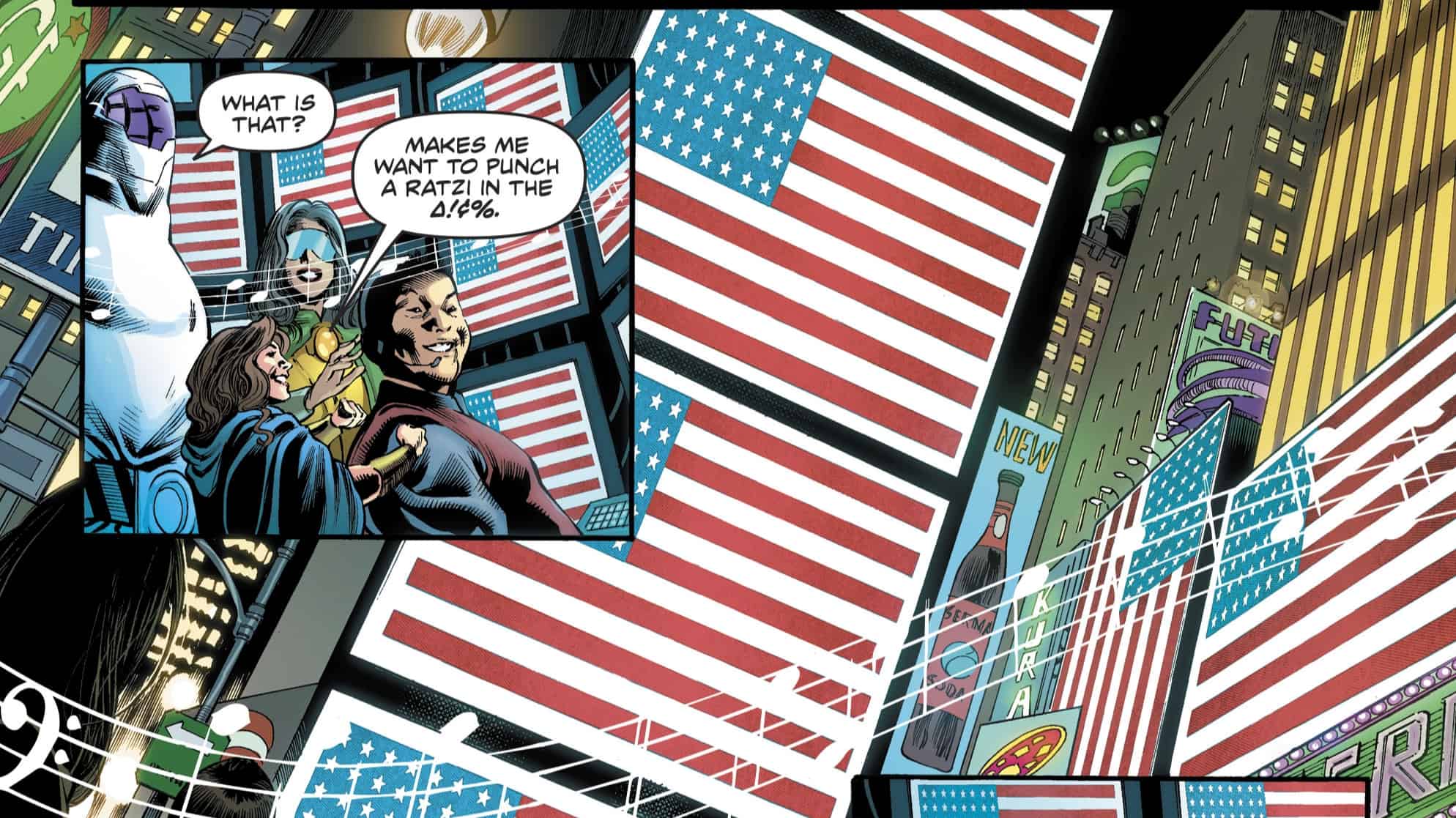 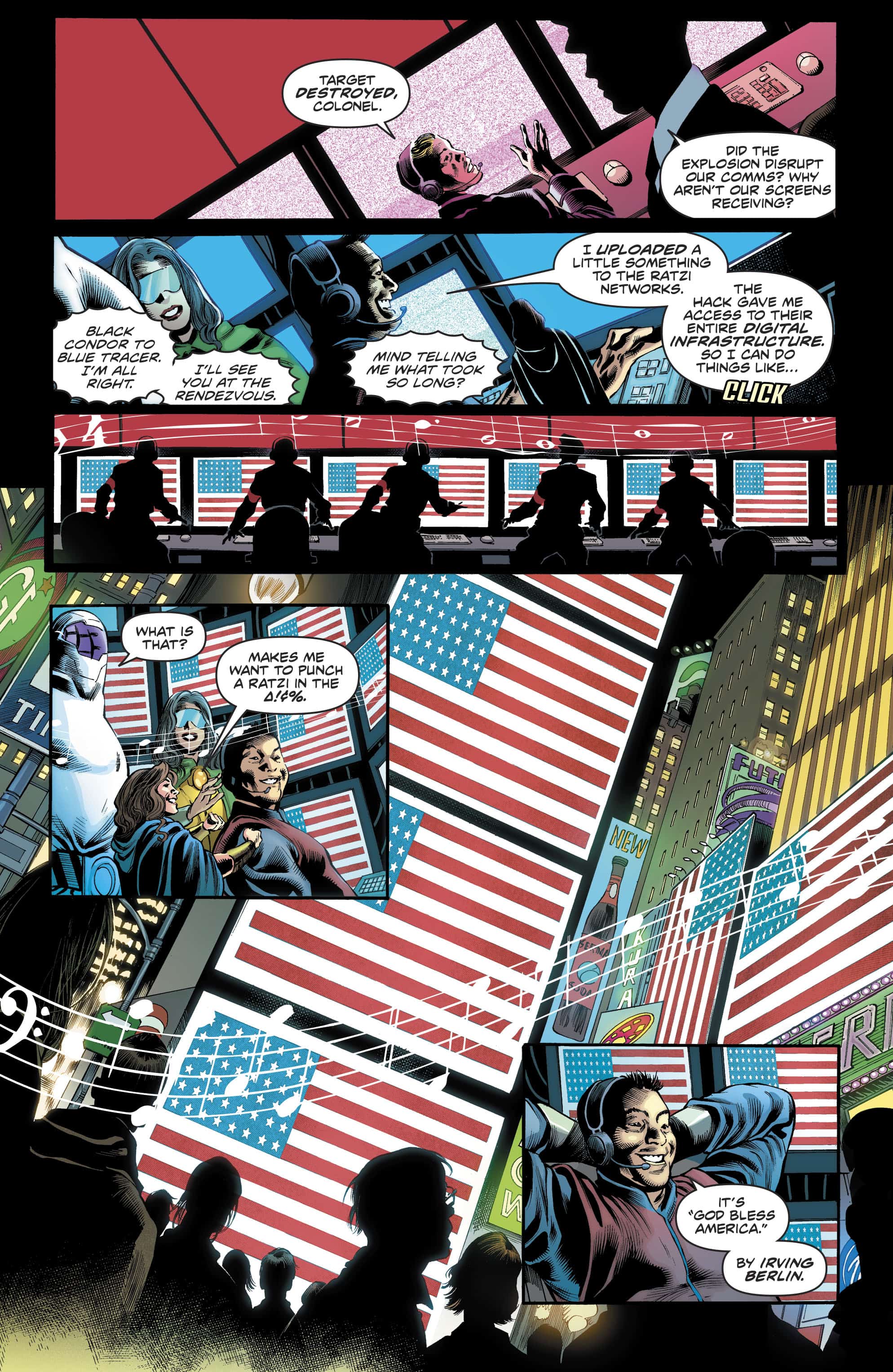 The art by Eddy Barrows and Eber Ferriera is fantastic, just great really. The aerial battle between Black Condor and a bunch of fighter jets was spectacular as was the image of Times Square receiving some much needed hope!

A slower issue in an interesting series. I'm certain the plot threads dropped here will pay off soon.