Freedom Fighters #7: Give Me Liberty… 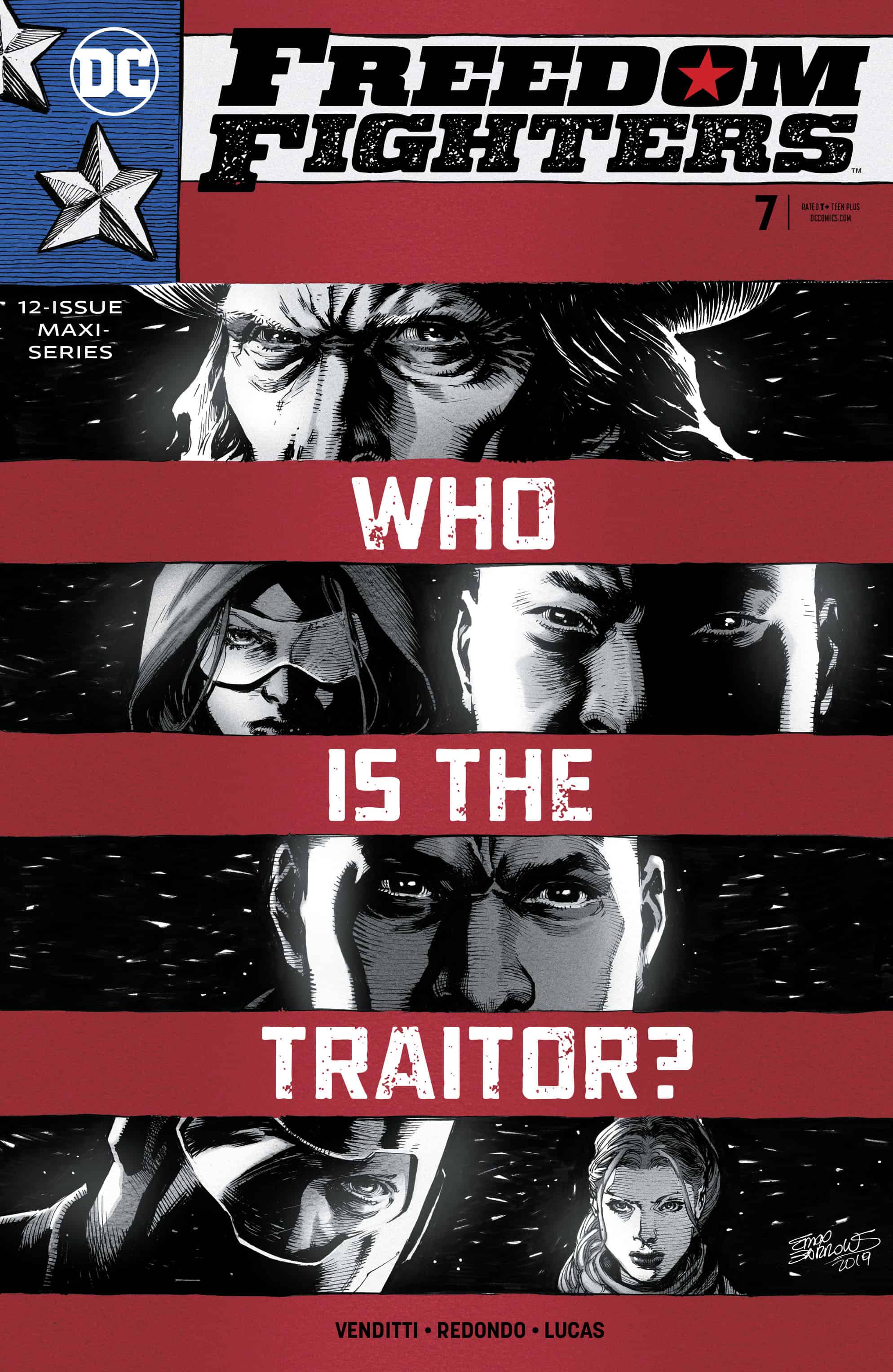 Uncle Sam and the Freedom Fighters seek refuge in a home in Rhode Island while they figure out the next stage of their plan to fight back against the Nazi forces that occupy the former United States of America. There they stay with a couple but it is not long before they outlive their welcome with the husband, who proceeds to sell them out to the Plasstic Men. 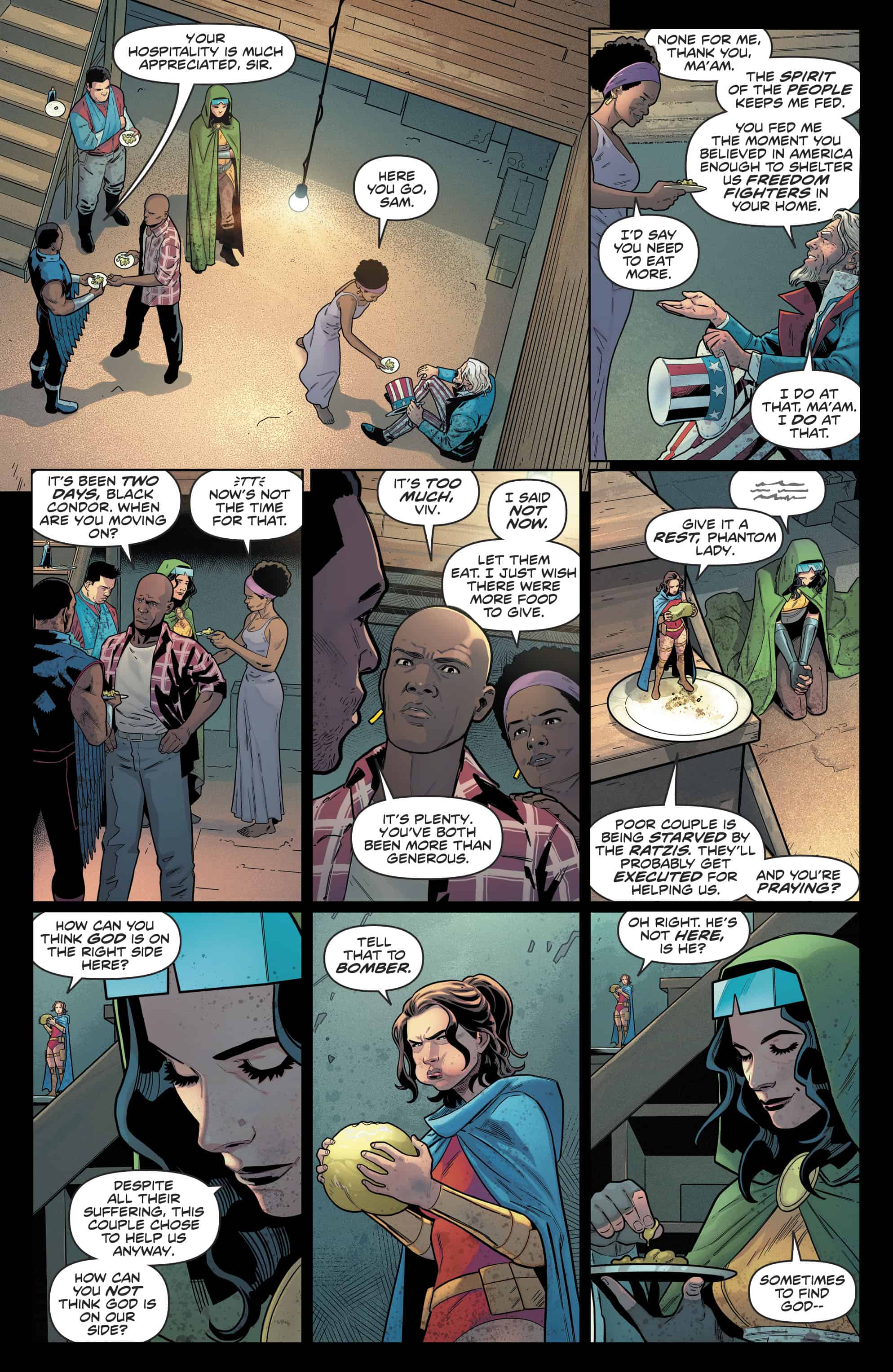 The Plasstic Men attack, wounding the couple in the process, before the Freedom Fighters are able to rally and drive them back thanks to the teleportation powers of Phantom Lady and the re-invigoration of Uncle Sam thanks to the wife, Viv's fighting spirit and dying words. 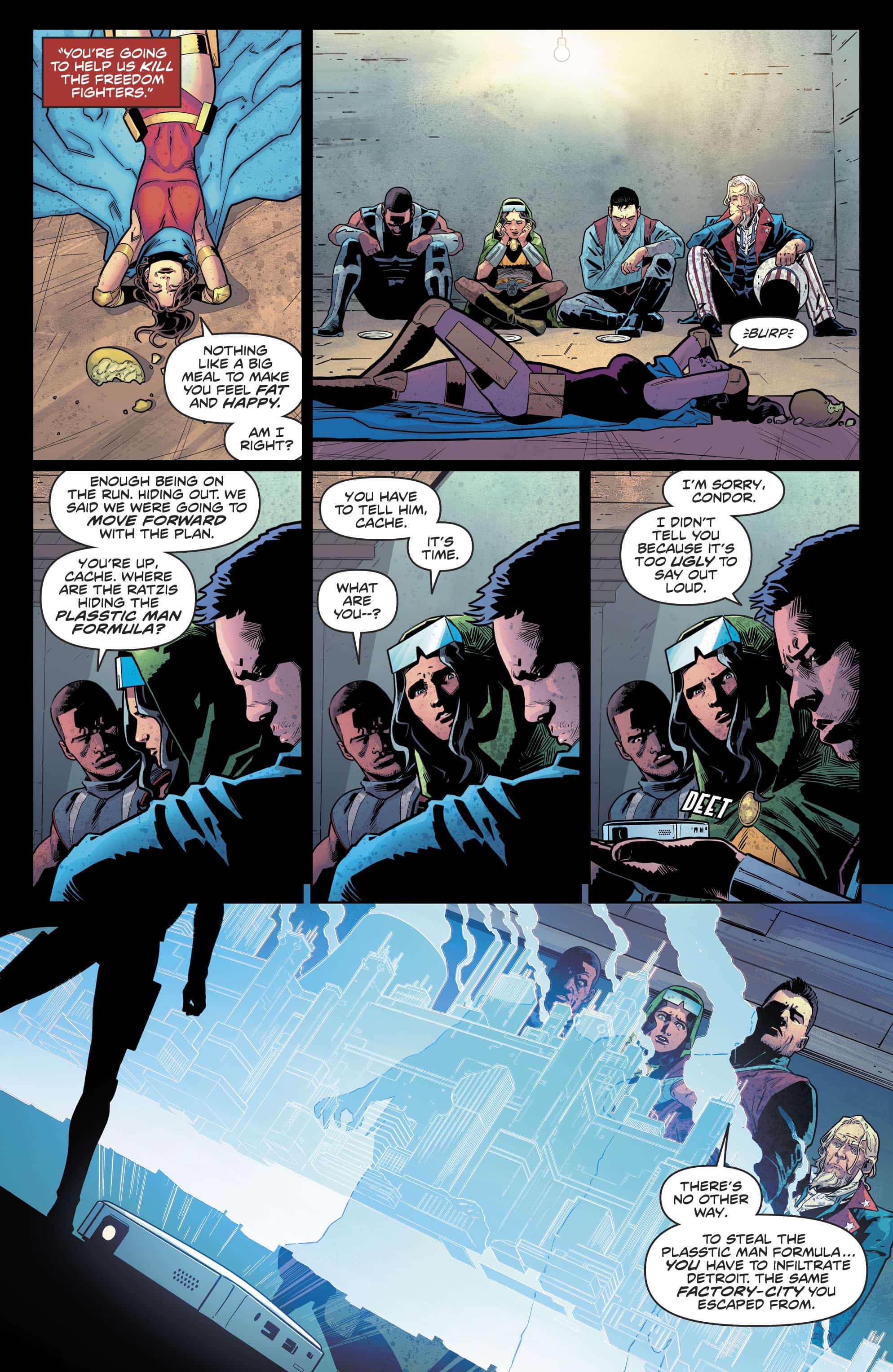 The next stop for the team is Detroit, where the Plasstic Men formula is stored. Although Black Condor, who was previously enslaved in Detroit, is reluctant, the sacrifice of their refuge-granting couple strengthens his resolve. In the end, it is revealed that the Plasstic Men managed to capture and replace Doll Woman during the attack.

Entering into the “back nine” of this twelve issue maxi-series, Venditti seems to be structuring this story on the notion of a fighting and liberating spirit in a way that runs counter to the majority of the mainstream comics utilizing similar structures. Where many are choosing to focus on the issue of divisiveness within the current national populace, Venditti chooses his platform to highlight the power of togetherness– a nice counterbalance that enables the entire discourse to reach the levels it ought to be at on a national level. 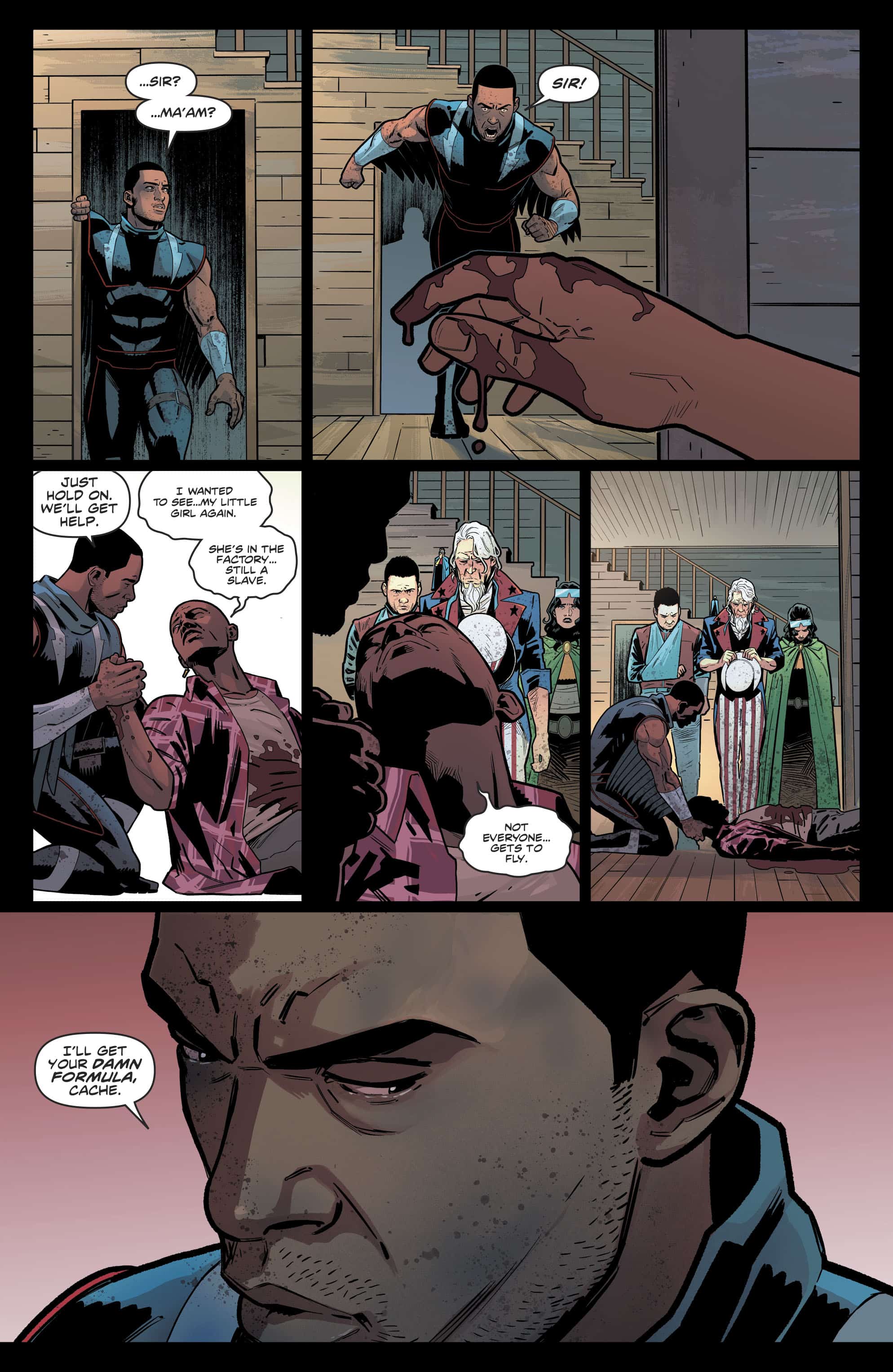 At its heart, despite the subject matter, Freedom Fighters manages to continue to be a fun read. There is power in the narrative but that power never seems to drown out the entertainment factor tied to alternate realities and fictional histories. The artwork, similarly, does the same type of work here by being proficient and evocative without being overly violent or gory. Much of the damage is portrayed off page leaving the reader to fill in the details.

Freedom Fighters #7: Give Me Liberty…