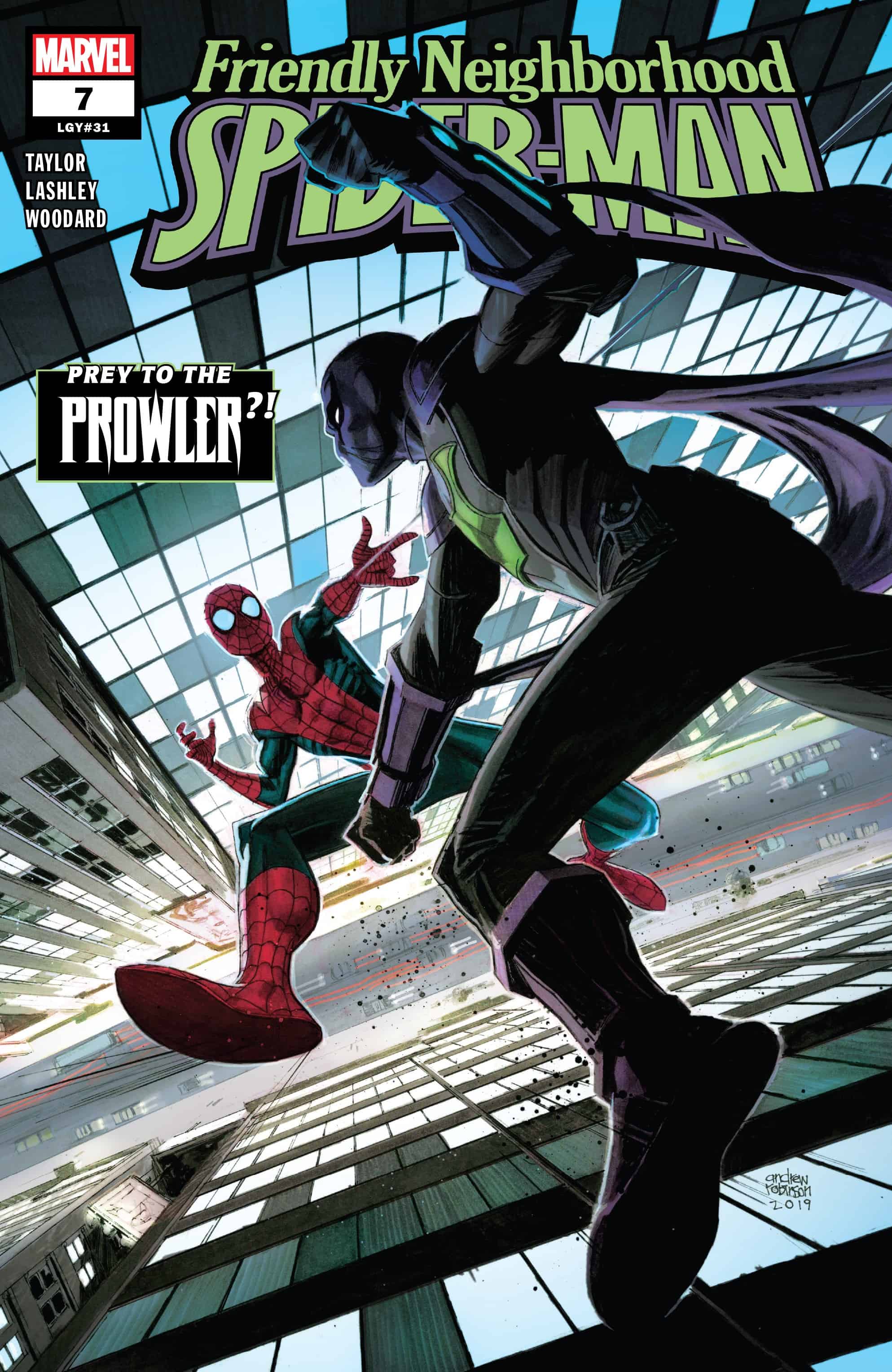 The issue begins with a flashback in which a young Peter Parker gets a lesson on living in an unequal society from Uncle Ben before returning to the present day. 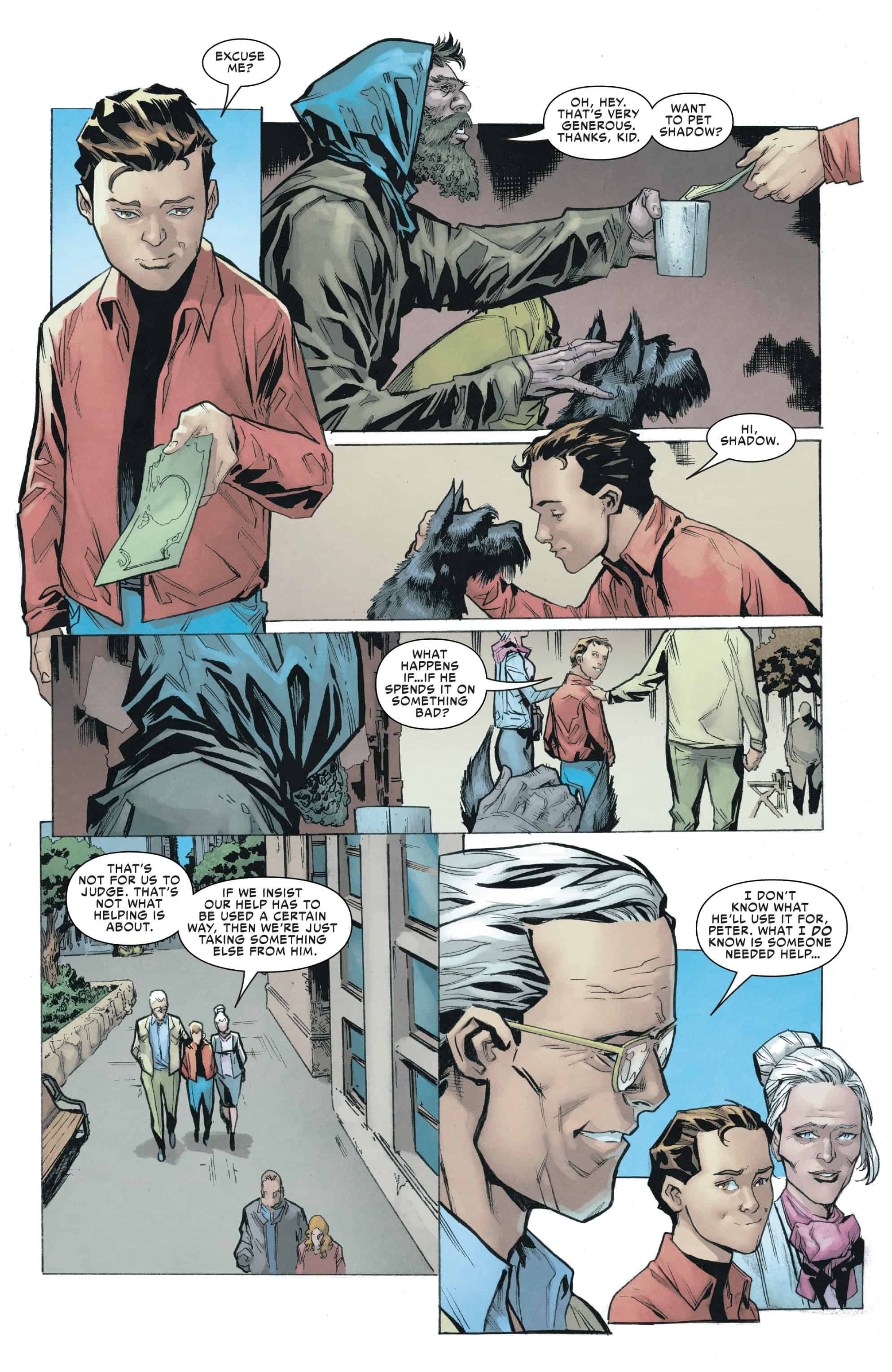 In the present, much of the issue focused on various notions of helping people spinning out of this flashback. A grown Peter stands up for a homeless man in his neighborhood as the man is viciously assaulted by a man who is clearly better off, leaving the assailant for the police. This opens the opportunity for Peter to tell the man about F.E.A.S.T., a new shelter Aunt May has been building and is ready to open. But while this moment is clearly a huge event in May's life, it is overshadowed by her troubles with her healthcare. 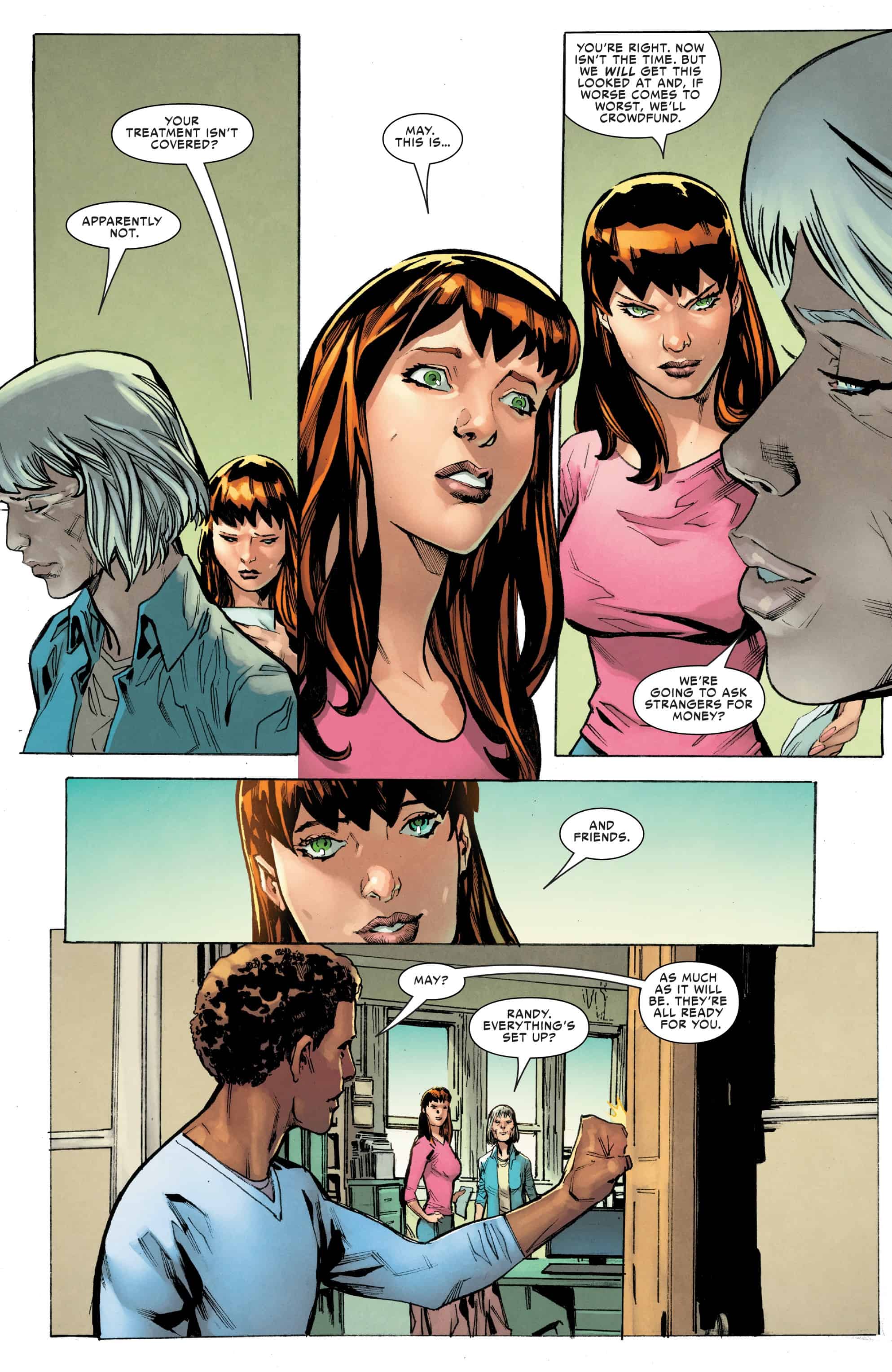 As F.E.A.S.T. is opening to the public, more societal issues manifest in the forms of local business owners unhappy with the "elements" such a shelter would bring to the neighborhood. Later, when it appears the shelter is being robbed, it comes as little surprise. Spidey heads to the shelter (as does Boomerang, his former villain roommate) and discovers Prowler on the scene just before a fire-bomb goes off, threatening the lives of all those within.

Tom Taylor is crafting a series with Friendly Neighborhood Spider-Man that makes no apologies for what it is or what it represents. It cuts to the core of Spider-Man in every imaginable way, centralizing the tenant “with great power comes great responsibility” at a social level. The message is simple: Be good to each other. That’s it. Whether it’s Peter showing up for May’s chemo or calling your friend Johnny to babysit at a moment’s notice, the message rings clear– if you can, help. Without question, without judgement. May champions this cause in spite of her own struggles, marking one of the greatest Aunt May moments in comics history as she throws the challenge on local business owners, likely prompting the later retaliation. 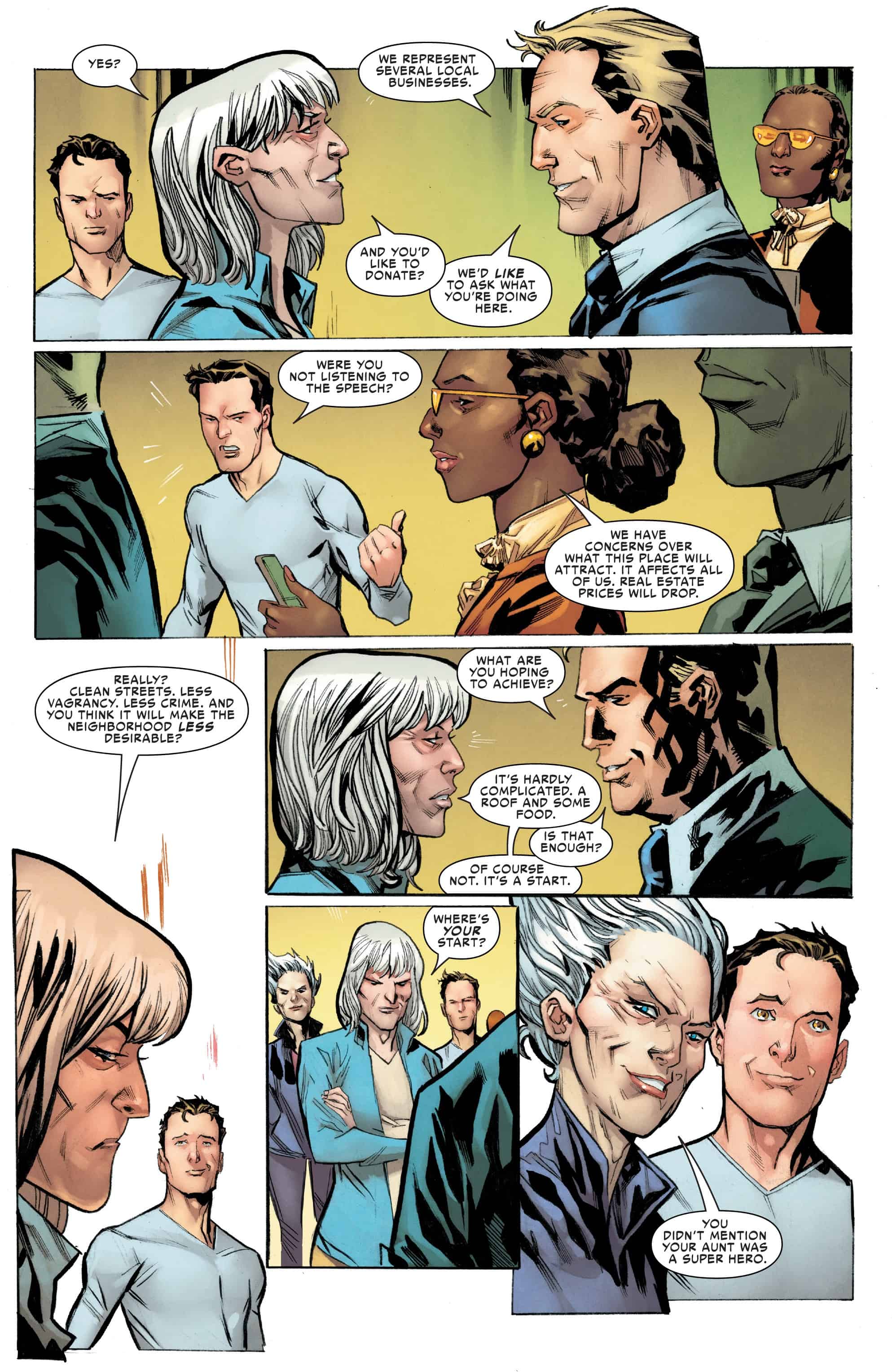 Taylor’s writing is a known quantity entering a series like this. We expect these types of grand social gestures and he delivers without fail. The surprising element to this series thus far has been the artwork from Juann Cabal and how clean and dynamic it has been. This issue’s art was from Ken Lashley, and while it is more stylized than Cabal’s work (in a way I’m not overly fond of but still isn’t a detriment to the book), Lashley does manage to bring a similar dynamism to the page. Both artists are exceptionally skilled at layouts and using the space on the page for maximum effect, controlling the pace with grace and ease.

Friendly Neighborhood Spider-Man #7 continues to deliver on all counts by giving readers a Spider-Man story that matters.