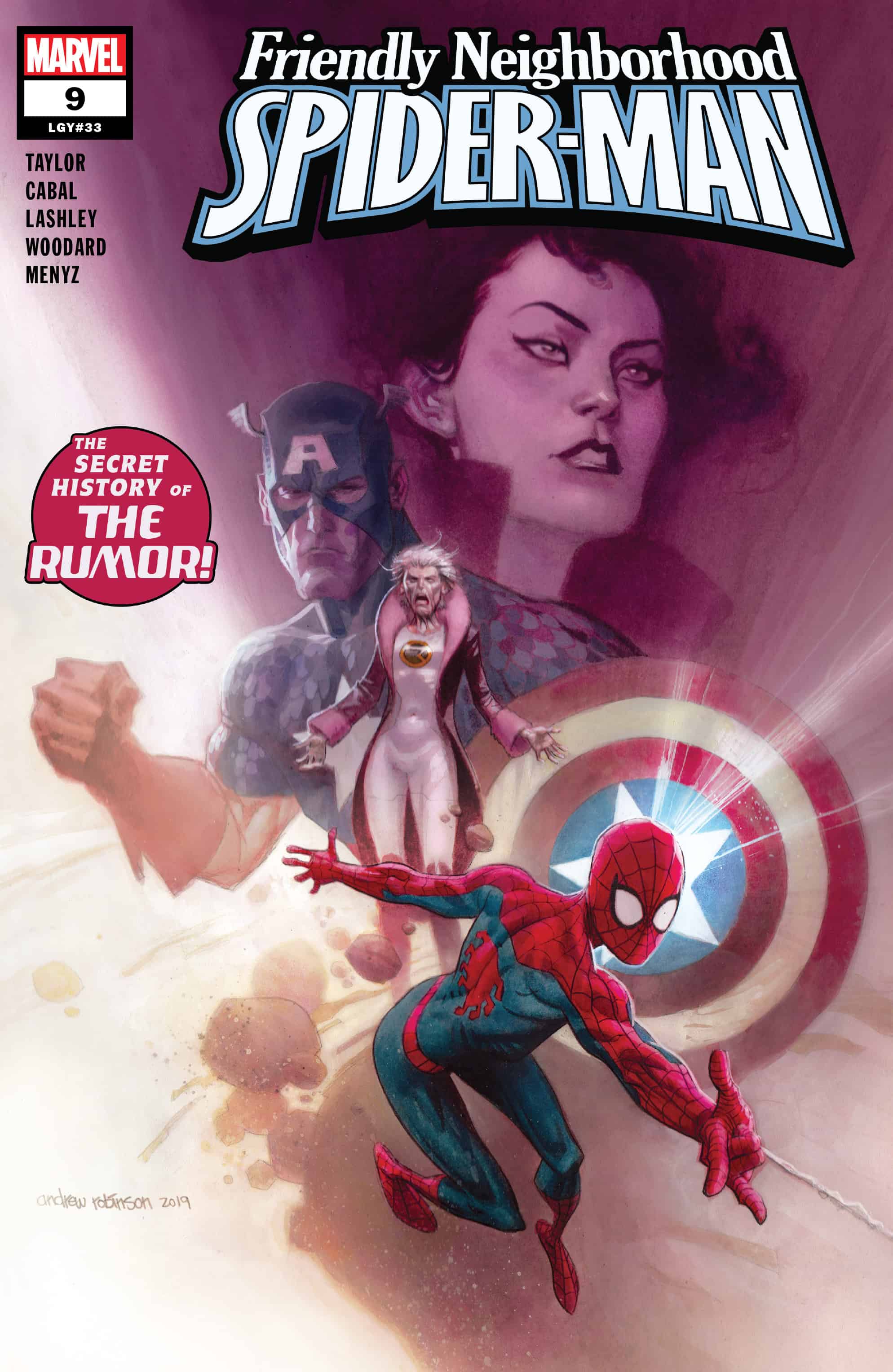 After a dangerous encounter with the new villain, Helminth, Marnie recounts her secret origin, telling Spidey and Hobie a tale of one of America's darkest chapters of history. 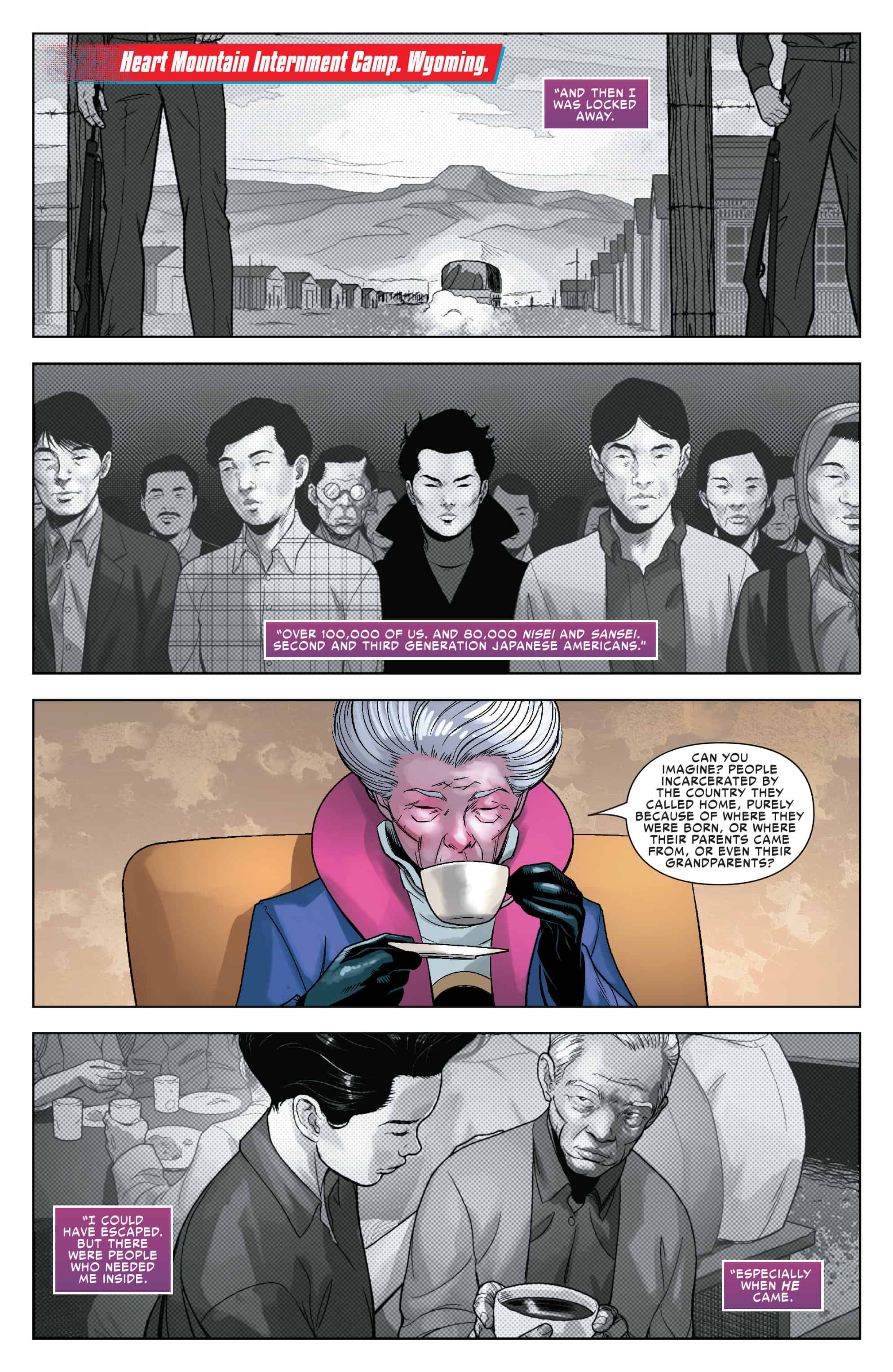 Marnie is a Japanese super soldier and internment camp survivor and it was in one these camps that she first encountered Helminth, a being that feeds off the misery of others. Spidey leaves the exhausted Marnie under Hobie's care and sets out to recruit Tony Stark to help out with their tech villain, but Prowler's impatience leaves him to strike out against Helminth on his own. 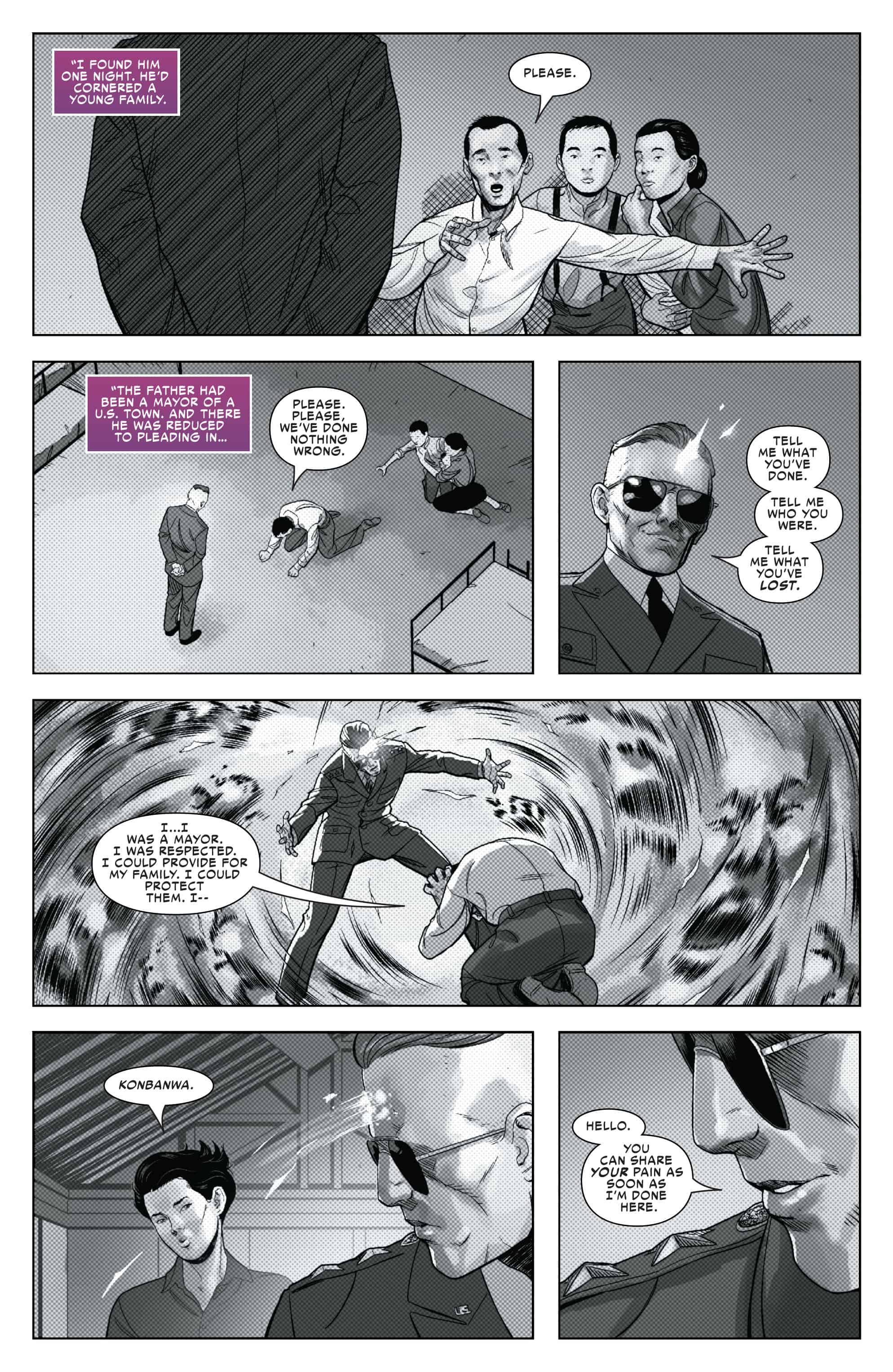 Taylor’s tour de force continues as the writer continues to tackle hard-hitting subjects. This month, that includes the horrors of the Japanese Internment Camps of the 1940s, in which the United States imprisoned over 100,000 people, dominantly US citizens, based solely on their race for fear of collusion with the Empire of Japan during the Second World War. This is a comic that says, plainly and bluntly, “if this makes you feel uncomfortable… good.” 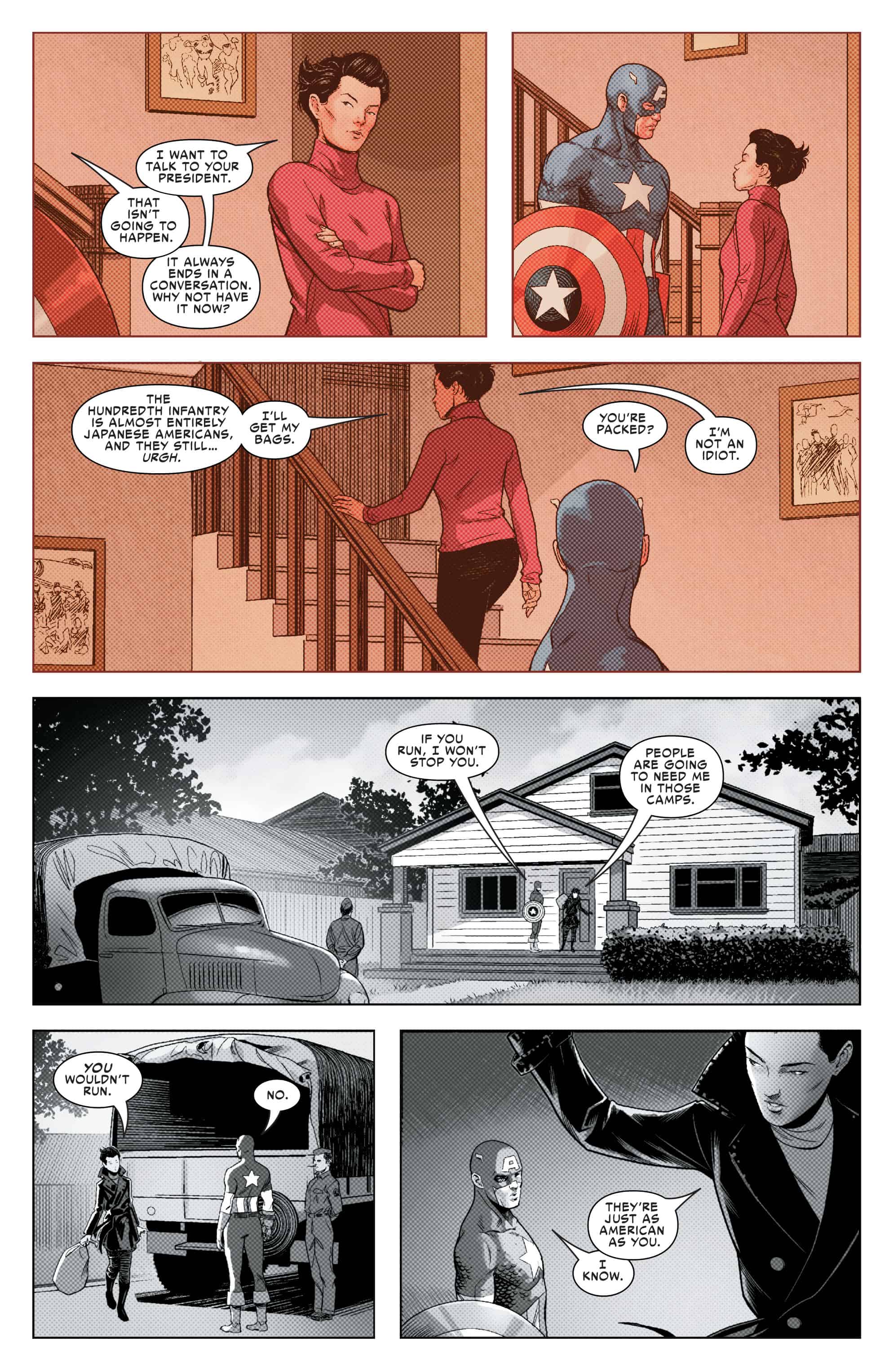 Spinning this concept of a villain that feeds on misery and catapulting it into the 21st century and the digital era of internet predators is stroke of genius. The connective tissue between moments of human suffering is strong throughout this issue and can only mean horrible things for our protagonists as the arc continues. This issue is a stark reminder of the immigrant’s tale and the historical traumas associated with it at a moment in history that we desperately need it. 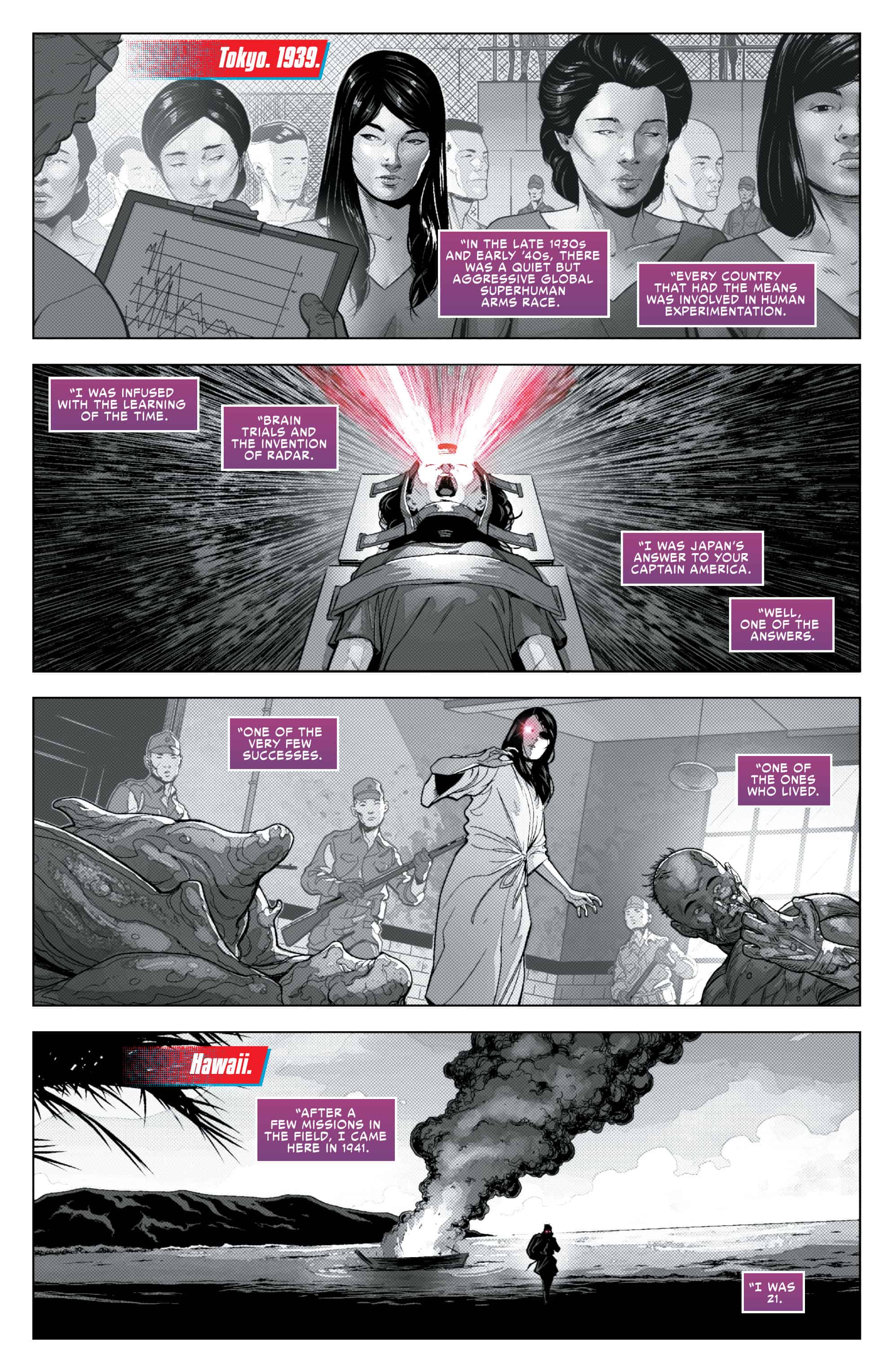 In terms of the artwork, the flashback sequences seem to be the work of Cabal while the Lashley handles the modern day. There is a stark contrast between the two styles which could have been jarring except for the nature of this particular narrative, so it worked for me even though I’m not the biggest fan of Lashley’s work in general.

Learn the secret origin of Marnie and her connection to the new villain Helminth in Friendly Neighborhood Spider-Man #9.