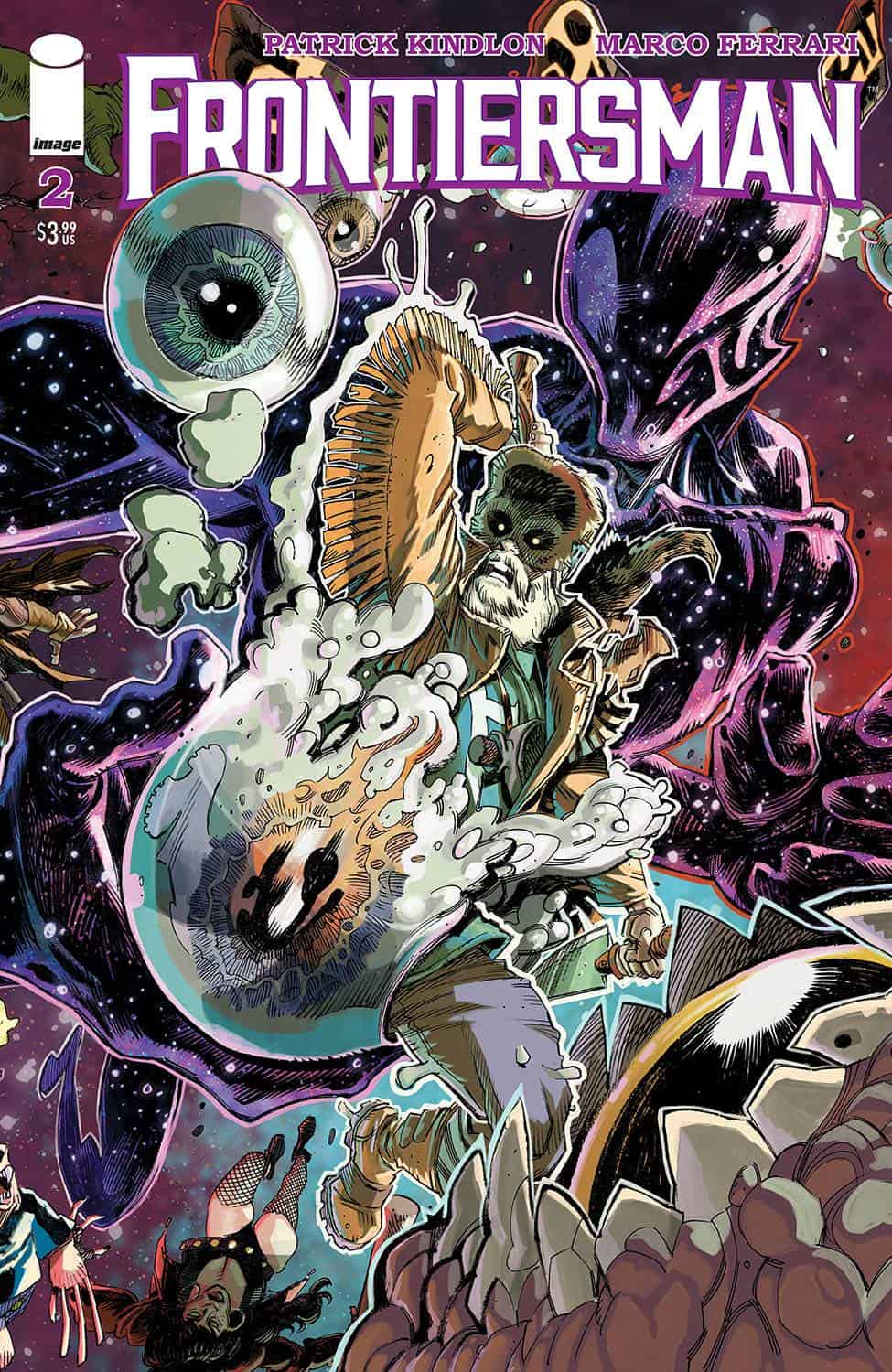 One hundred and fifty feet up a tree and all over the news, Frontiersman is just asking to be attacked. An old foe obliges—and he’s a cosmic menace to boot! But does Galaxie Prime have a more complex motive for the battle? (Yes.) 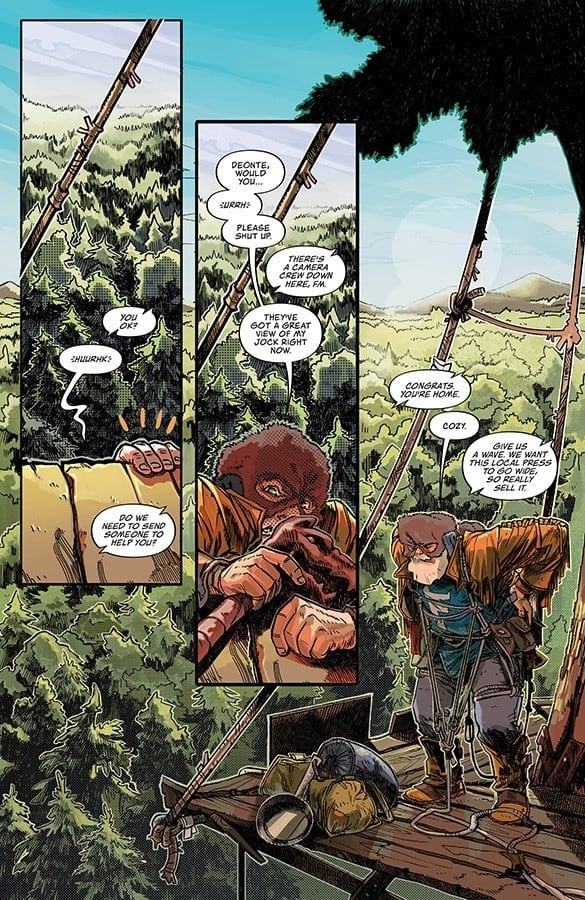 The first issue of Frontiersman caught my eye with a simple concept: what if there was an environmentalist superhero? While Captain Planet checked off that box in the 1990s, Patrick Kindlon’s Frontiersman is realistic and very much human. The hero is closer to Batman or Green Arrow than he is to Captain Planet. Frontiersman did an excellent job setting the scene of its hero: retired with his hero days behind him. By the end of the issue, Frontiersman is climbing up a redwood to join a group of young activists. I was intrigued by the semi-realistic world with only advanced robots being the furthest from reality. I was half expecting the villain to be a large corporation notorious for polluting, but this is not the case. We get the first glimpse at a potential villain: a hulking griffin-like foe brooding in the shadows.

Frontiersman #2 takes things to new heights by establishing that Frontiersman exists in a world much closer to the superhero universes we know and love. While issue #1 brought readers deep in the forests and high on treetops, issue #2 brings readers beyond the edge of the universe outside of space and time itself. With multiple eyes orbiting its head like moons or planets, we are introduced to Galaxie Prime, a “lower tier” foe from the glory days. Marco Ferrari does an incredible job depicting Galaxie Prime, who visually reminds me of a mix of Watchmen’s Dr. Manhattan and Marvel’s Eternity. Galaxie even has some dialogue reminiscent of Dr. Manhattan, but the Frontiersman character feels much more human. Illustrating something that exists outside time and space is a tall order but Ferrari delivers. 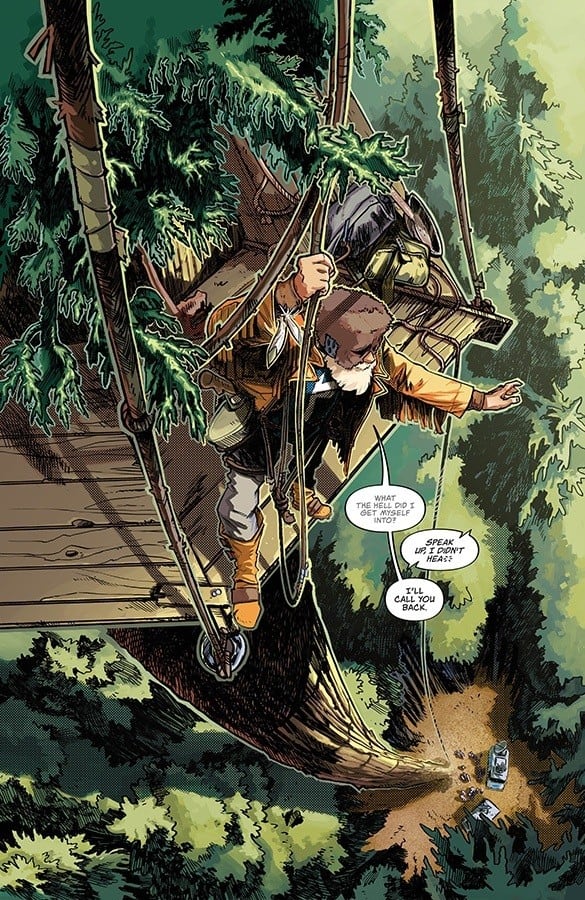 When I think of eco-activism or environmentalism, I usually think of things grounded to Earth, so a cosmic second issue was quite a surprise, but absolutely welcomed. Ferrari shows his talent with gorgeous and spectacular forests to cosmic spaces and everything in between. Somehow an aging hero in a raccoon skin cap trapped in an interdimensional being’s eye doesn’t seem ridiculous; it looks awesome. The transition to childlike drawing and coloring when Galaxie and Fronterisman are talking about children seemed effortless and a beautiful touch. Jim Campbell’s lettering is the cherry on top of the issue and pairs marvelously with the art. Whether it’s Frontiersman’s lines said under his breath, Galaxie’s low gravity words and geometrical bubbles, or even the mysterious villain’s scratchy and crude dialogue and bubbles, the lettering is unique and clearly differentiates the very different voices of the issue. The more I learn about the world of Frontiersman, the more I want to know. With the appearance of a monster-like villain and the cosmic Galaxie Prime, it looks like things are going to continue to get interesting.

Frontiersman #2 takes an aging hero from the treetops to somewhere outside time and space and back. This is looking to be a series to keep an eye on.