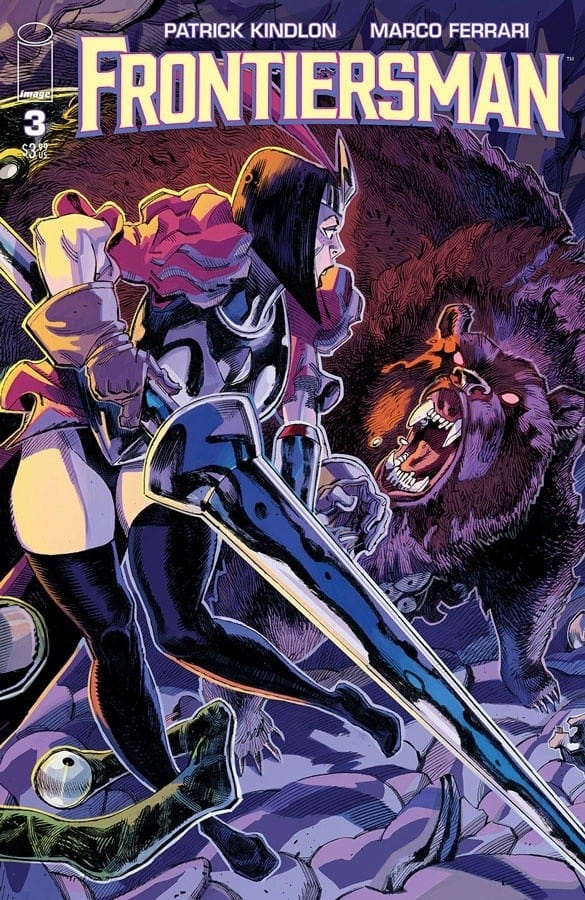 As villains conspire against him behind the scenes, Frontiersman battles a lunatic in front of the world. A live, on-camera fight to the death with a former hero gone rogue! There is no place to hide!

Frontiersman #3 continues to show readers that Patrick Kindlon and Marco Ferrari have put the time and care to breathe life into the world of Frontiersman. Their hard work pays off because in just three issues Kindlon and Ferrari have shown readers an intriguing, thought out world that has only grown in detail and wonder. With each issue adding to the intrigue, nothing is off-limits and I’m ready to see what else the world of Frontiersman has ready for readers. The side plot involving the mysterious Regionaire and The Lance is sprinkled in and continues to be such an interesting part of each issue. I am interested to see what comes from it. Frontiersman is a creator-owned title that doesn’t feel forced or isolated. As I read, it feels like there are years of back issues I haven’t read yet, except I’m not late to the party at all. Other writers should take note. 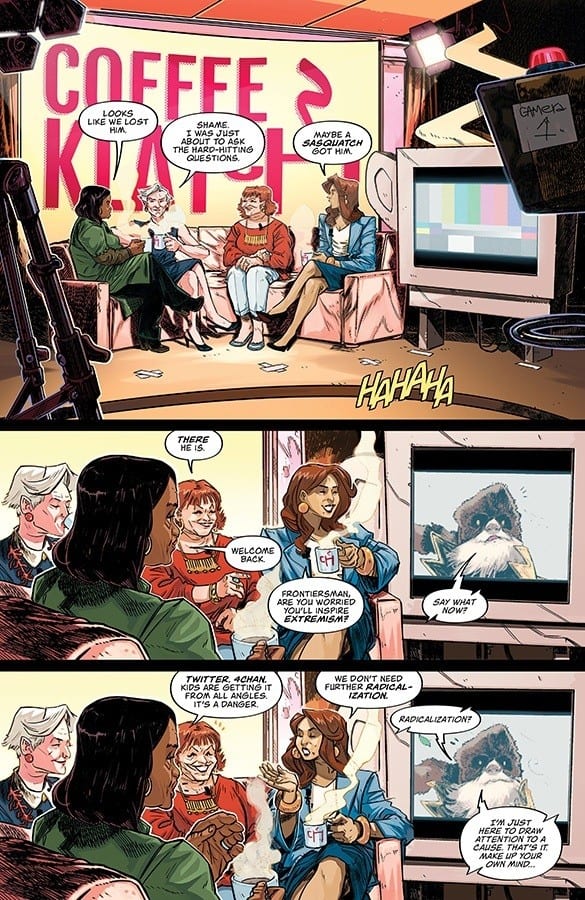 Each issue has introduced someone from Frontiersman’s past with rich backstories involving Frontiersman. The character biography pages at the end of each issue are extremely helpful and interesting as if this was information that anyone could pull up with a google search within the world of Frontiersman. Issue #3 introduces readers to Valor. Valor is a former supersoldier enhanced by the US Government, much like Captain America. If Captain America is a reflection of this country, what would he look like as a reflection of a country gone mad? Valor is the answer. While Valor is tasked to take Frontiersman down, things aren’t as simple as calling him a villain. During a fight, Frontiersman began saying, “Why can’t bad guys ever just admit they’re bad gu–”, only to be interrupted by Valor with, “Oh right. ‘Villains’ and ‘bad guys.’ The primary colors you see in the world.” Pick up any comic book and you’ll most likely find a story about good and evil, right and wrong, heroes and villains, but that isn’t the case between Valor and Frontiersman. 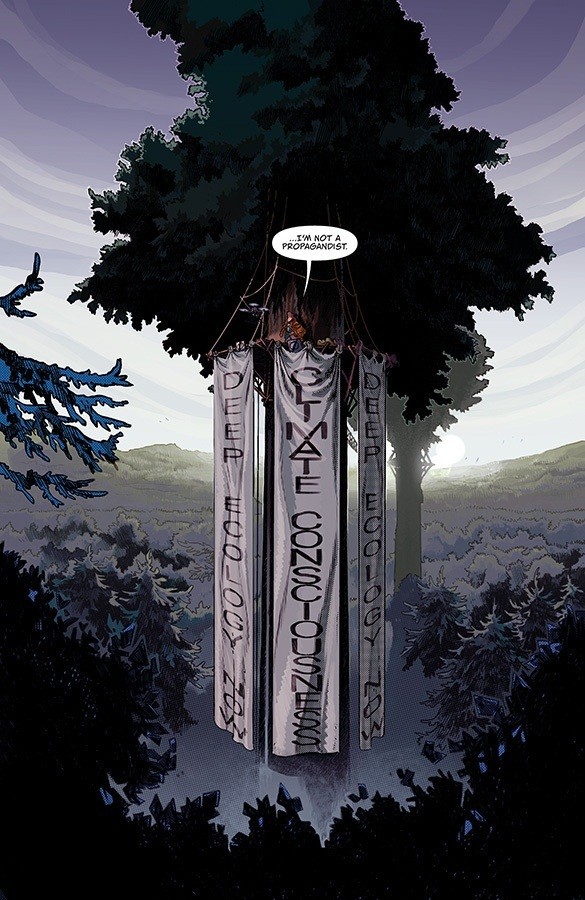 A perfect example of the chemistry between the creative team is the fight between Frontiersman and Valor. Almost every time I see the banter between characters during a fight and think, “how are they able to say that during all of this?” The fight between Frontiersman and Valor is well-paced and brilliantly illustrated, making their conversation feel possible. Though we are dealing with superheroes, the fight felt grounded– like a fight between two aging friends with a lot of history between them. The combination of their fight, conversation, and flashbacks is interwoven together in a way that fits a lifetime into just a few pages. With multiple speakers talking over flashbacks, it can be disorientating to keep track of what is happening, but Jim Campbell makes sure readers can keep their cool and enjoy the ride.

Frontiersman #3 blurs the line between friend and foe with an exciting and unique superhero experience with top-of-the-line worldbuilding!