Frontiersman #5: The Way It Is 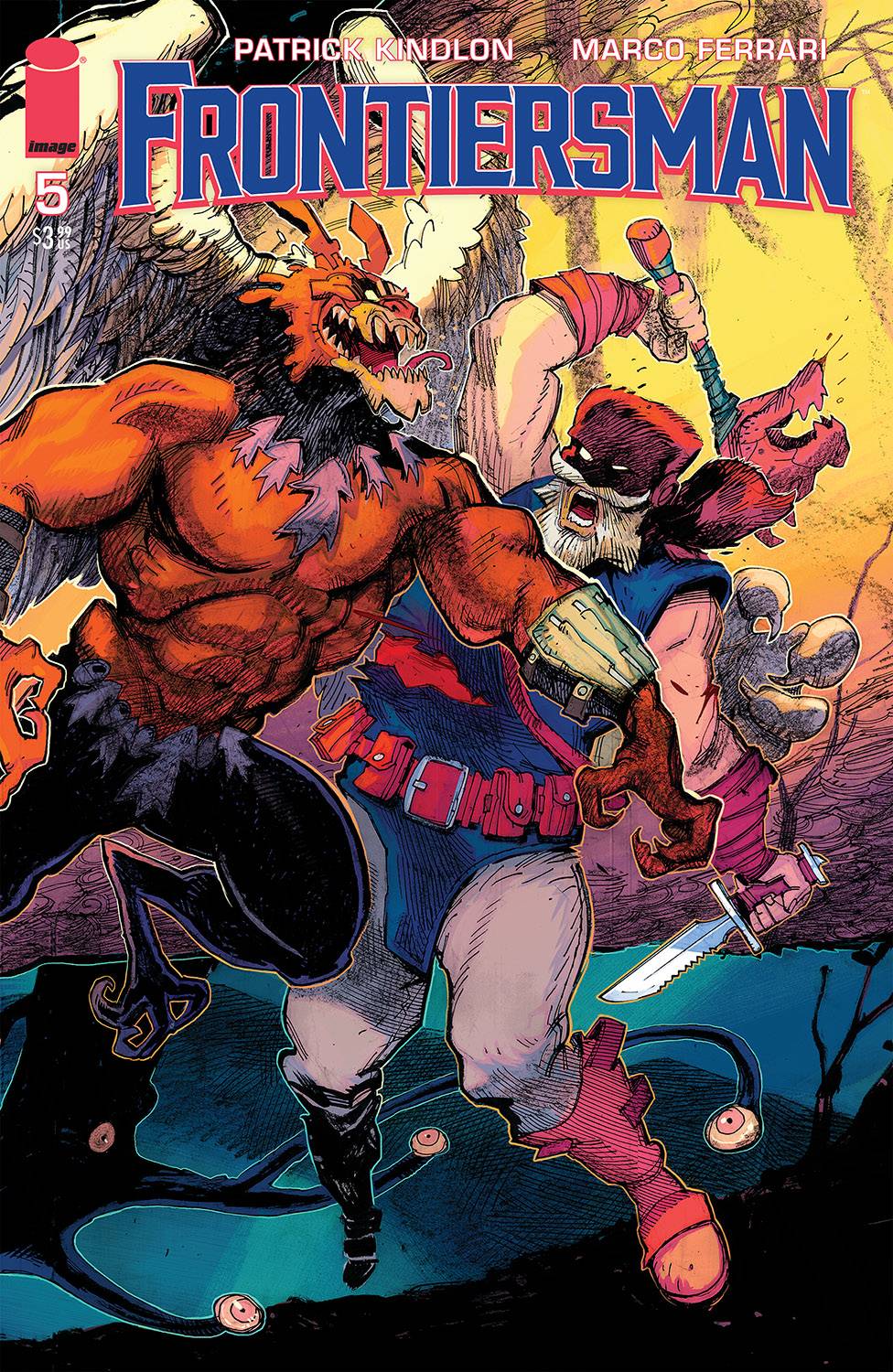 Regionaire’s team of villains makes its move and lays siege to Frontiersman’s camp. There’s no place to run for our aging hero—only a life-and-death battle! A violent, dramatic, action-heavy end to our first arc!

Frontiersman #5 marks the end of the series’ first arc. Patrick Kindlon notes in the letters section of the book that more arcs are planned, with two issues featuring fill-in artists before the next full arc begins. While issue five wasn’t the strongest issue, it may have the most promise. I am happy to see that more is coming because I have enjoyed every issue so far, and I want to see more. Kindlon notes that the Frontiersman will find himself in the county jail in issue 6, which is unfortunate for him, but it got me excited. I want to see more of this world, and it looks like we will be. Other than the promising flashbacks, we really only see the world from the top of the tree. I am hoping we can leave the nest in the next arc.

Regionaire’s attack on Frontiersman feels a lot different than Frontiersman’s other visitors. The huge difference is that Frontiersman and Regionaire don’t have a history. They are just a big bad villain attacking a hero. Identity plays a huge role in the series, and this final battle sheds a lot of light on this theme. Frontiersman, holding his own against Regionaire’s team, says, “Heroes need villains. Villains need heroes. Banks need robbing. Newspapers need news. ‘Just the way it is.’” The last part of the line says so much. In a world of superheroes, and comics in general, the villains are usually there just to battle the heroes. Frontiersman’s visiters from previous issues were previous villains and heroes. Now, they are either friends or foes. Frontiersman later continues, “I’m not your enemy. I’m a stand-in for whoever or whatever you’re throwing yourself against,” somewhat shedding the idea of heroes versus villains. In a world of superheroes, these are just the roles you play, and that often means you are battling the heroes or villains because it’s “just the way it is.” With Regionaire defeated, the Frontiersman says he doesn’t feel like a hero and adds that he feels like himself. To Frontiersman, he is filling the role of a hero in a superhero-by-number world.

FRONTIERSMAN #5 finishes its first arc strong sets the groundwork for an exciting future! This is a series to keep an eye on.

Frontiersman #5: The Way It Is