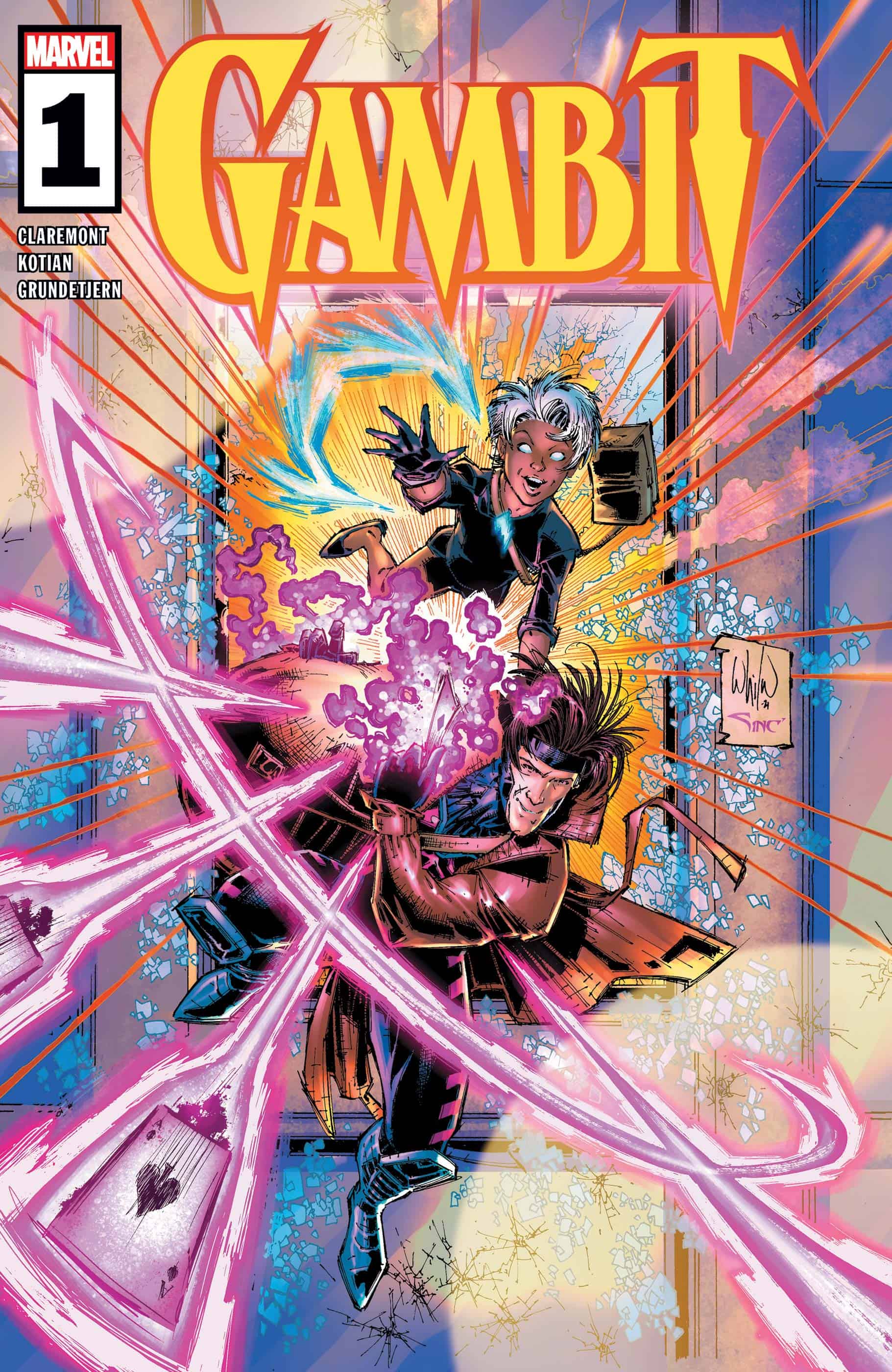 All-NEW ADVENTURES OF THE LEGENDARY THIEF BY CO-CREATOR CHRIS CLAREMONT! You think you know all there is to know about Remy LeBeau, the Ragin’ Cajun, the mutant known as GAMBIT — but legendary X-scribe Chris Claremont has an ace up his sleeve with this new series! Before he joined the X-MEN, Gambit encountered a mysterious girl named ‘RO — the mutant STORM regressed to her child self by the nefarious NANNY — and the two went up against the forces of the SHADOW KING! Now, revealed for the first time, Gambit finds his path to becoming the heroic X-Man millions of fans call their favorite! Joined by rising star artist Sid Kotian, Chris weaves a story of action, intrigue and revenge that made Gambit the mutant he is and forged his relationship with Storm. You’ll get a charge out of this one, mon ami!

Chris Claremont is responsible for one of the most revolutionary and beloved runs in comic book history. He has created hundreds of amazing characters over the years, many of whom are massively popular. Gambit is one such character. This charming Cajun was introduced in 1990 and became a huge hit due to his prominence in X-Men: The Animated Series along with the comics at the time. Gambit has had quite a few ongoing series and mini-series over the years. Marvel’s taking another shot at the smooth-talking, card-throwing mutant with this mini-series set back in the late 1980s.

While my attention has almost always exclusively been for the female X-Men members, Gambit is one of my favorites. Gambit has done horrible things in the past, so watching this devilish man seek out redemption is fascinating to behold. This issue doesn’t go too deeply into Gambit’s dark past, but rather focuses on his friendship with Storm. In fact, I’m a little surprised they chose only Gambit’s name for the title, as this story seems just as much Storm’s. I don’t think the Storm-as-a-child story was particularly well-received back in the day, but I liked it for the most part. And we never really spent much time with Storm in that form, so this mini-series exploring the era for both characters is a great concept. 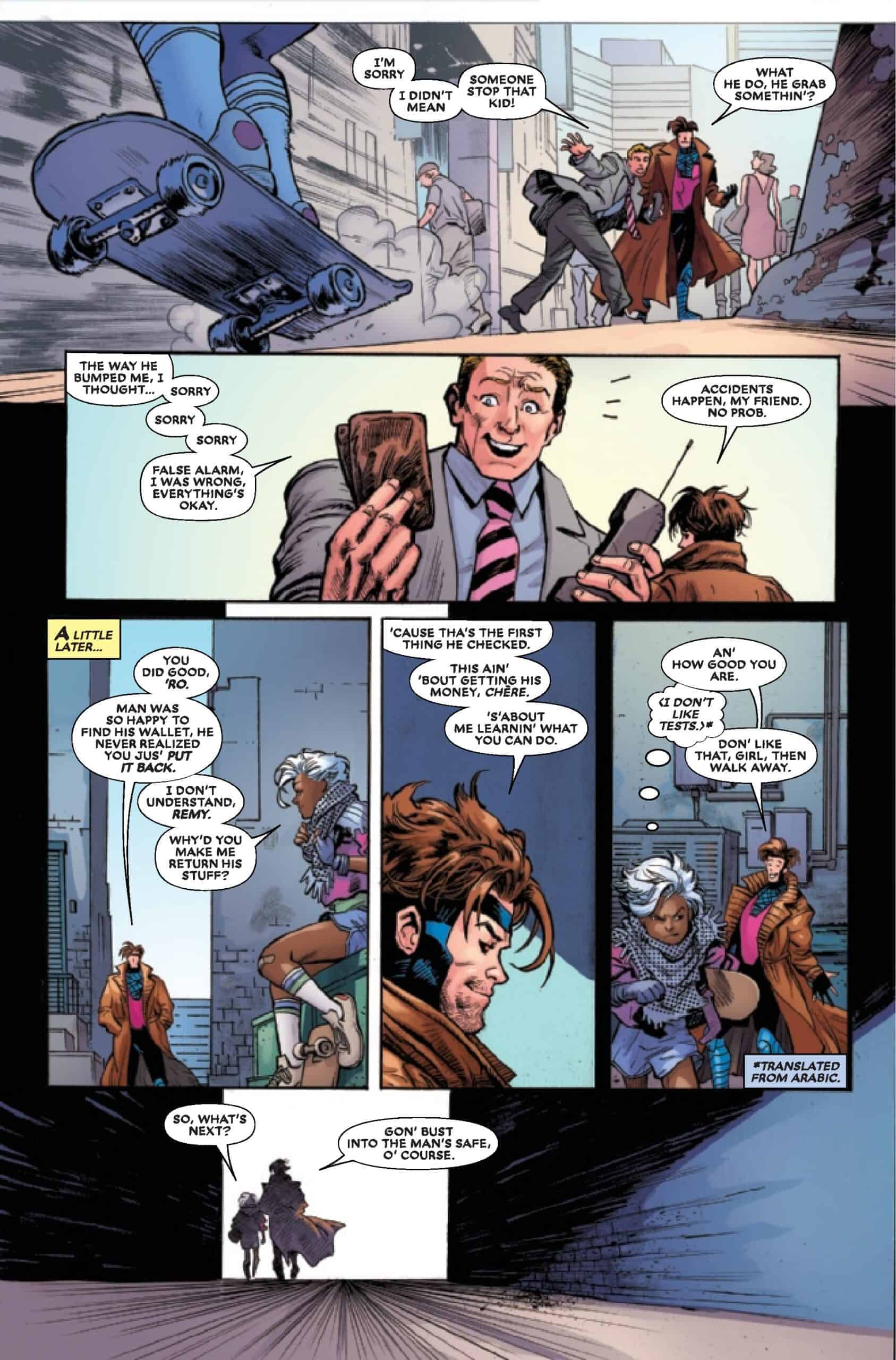 The execution doesn’t quite live up to the premise, but it’s fun. This is basically “The Adventures of Remy and ‘Ro”, so I’m not expecting the issue to blow me away. It succeeds in what it sets out to do for the most part. We do get other characters beyond Gambit and Storm, including the very fierce Sabine and the not-as-fierce Bounty. Both ladies are pre-existing characters created by Claremont in the past. There’s also the Shadow King, of course. While I love a good Shadow King story, I feel like he was too easy of a choice for an antagonist. I would’ve loved someone like Candra, who also ties into both Gambit’s and Storm’s backstory but isn’t as overused as the Shadow King.

The art by Sid Kotian is very expressive and retro. Kotian’s Gambit looks great in some shots but not as appealing in others. However, Storm is so expressive that you can tell exactly what she’s thinking in every panel she appears in. I appreciate that quality as I feel modern comics have strayed away from that quality.

I was thrilled when Marvel announced plans to have Chris Claremont return for a Gambit mini-series. Claremont's more recent stories have received mixed receptions, but he's still a legend among the comic book field. I liked this first issue more than many of his other attempts over the past few decades, but it does need a little work. It still feels like a slice of nostalgia and you just can't be mad about that.