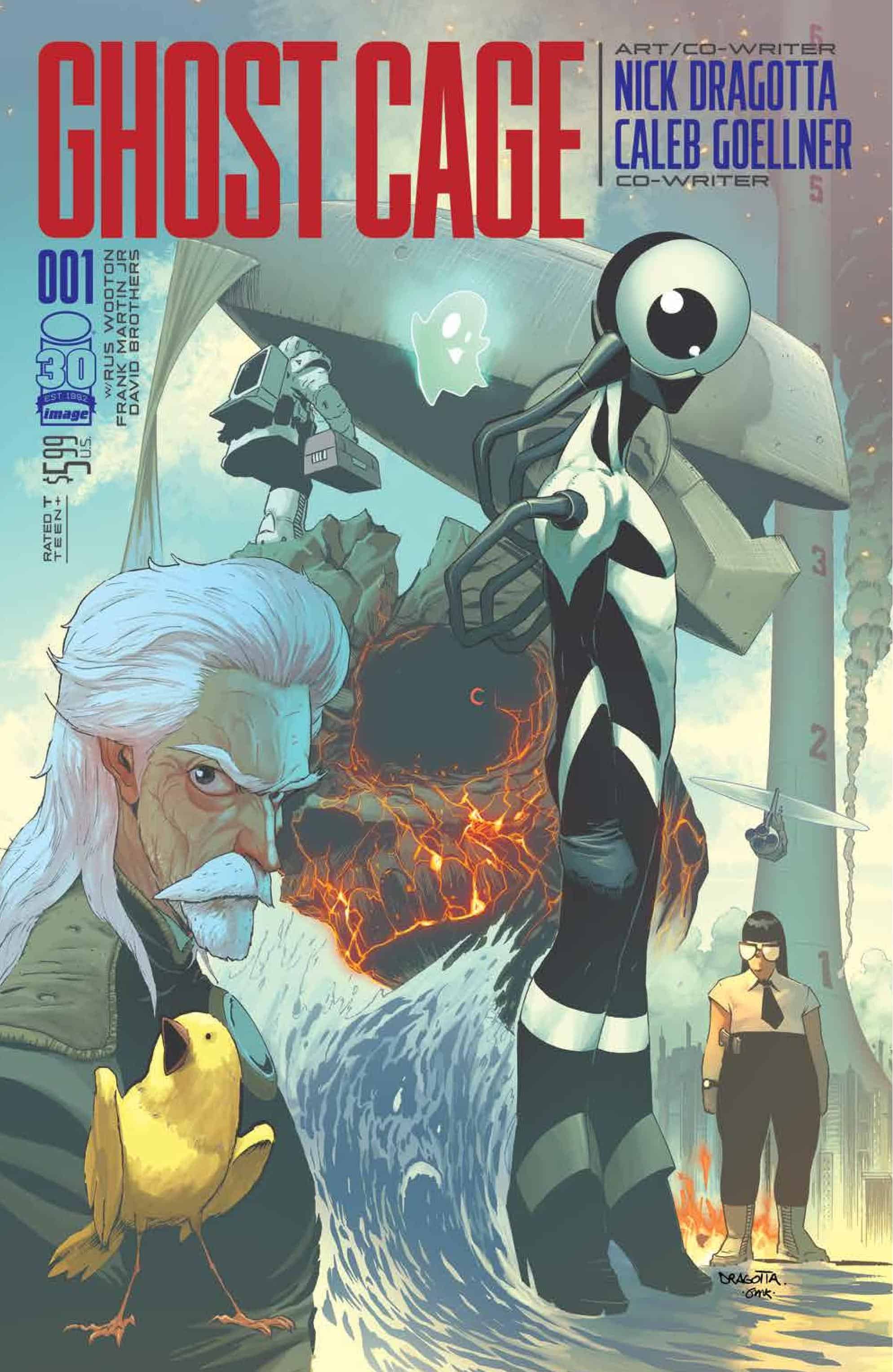 When his megacorp power plant falls under attack by terrorists, the super-scientist who revolutionized and controls all energy on Earth sends his ultimate creation (and an adequate employee) in to destroy his most monstrous secrets.

On the face of it, Ghost Cage is a manga-style mega man vs kaiju battle adventure with incredible scale and majesty thanks to the art from Nick Dragotta…and if it was just that it would be entertaining in its own right but when you add the absolutely brilliant and highly incisive dialogue from Dragotta and his co-writer Caleb Goellner what you get is an incredible adventure wrapped in a glaringly damning indictment of mans unscrupulous and unhealthy exploitation of the energy harnessed from the planets natural and unnatural resources laced with a just as damning view on corporate greed. 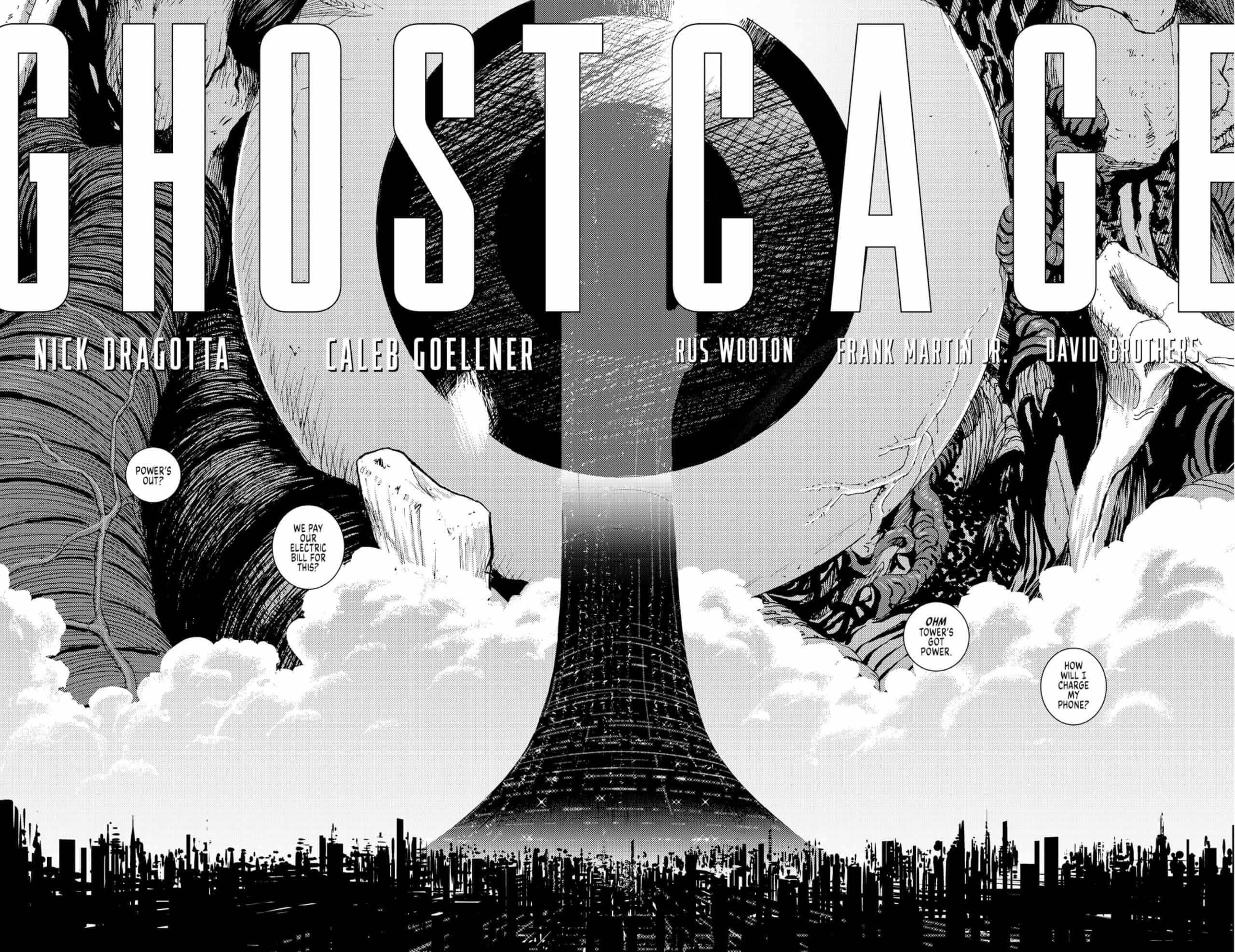 The allegory is brilliantly expressed in a Mega Man style adventure featuring a recently awakened SAM the creation of its greedy corporate master, a scientist called Mr. Karloff is being sent into the OHM energy company tower to deal with several caged nightmares (hence the name Ghost Cage) that are the living embodiment of previously harnessed energy systems…in this, we meet two of those Coal and Hydro. The scale of the imagery is huge when required with Dragotta bending perspectives and zooming in and out one minute you close up to a canary, the next you stare up at a huge kaiju-style creature. Into this huge scale showdown, Dragotta and Goellner inject the all too human form of Doyle, a desk tech support OHM employee who acts as both support for SAM as they face each energy Monster and also as the human factor in the story. Doyle has seemingly been picked by an algorithm for the job because of traits like blind unquestioning obedience to uncaring the OHM employee overlords but at the same time, it is Doyle that treats SAM as someone, not something offering empathy which Karloff purposefully and distinctly lacks. Karloff is always misnaming Doyle over the course of the book clearly demonstrating that he views the employee as a means to an end and Doyle ignores it till almost right at the end of the issue. It’s one of the most cutting and darkly funny scripts I’ve read this year. 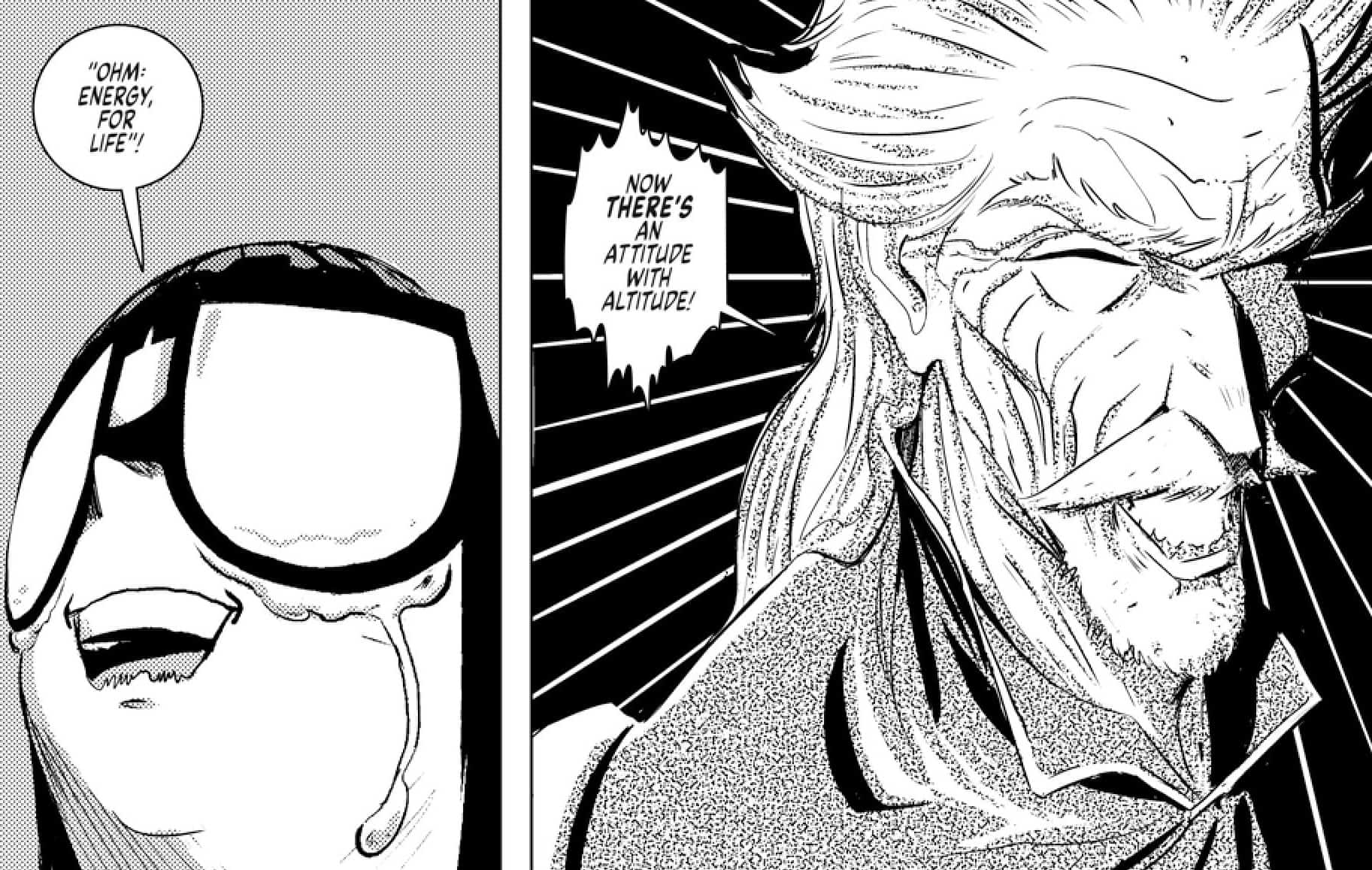 The choice to do the issue in screen tone only works and the issue actually feels like a Manga with letterer Rus Wooten’s smart use of lettering to break the oversized issue into “Chapters” almost with names. Sound effects not only complement the visuals but are themselves brilliantly integral to the overall imagery and quite honestly I have never seen the word KOFF used as brilliantly as it is in this issue. 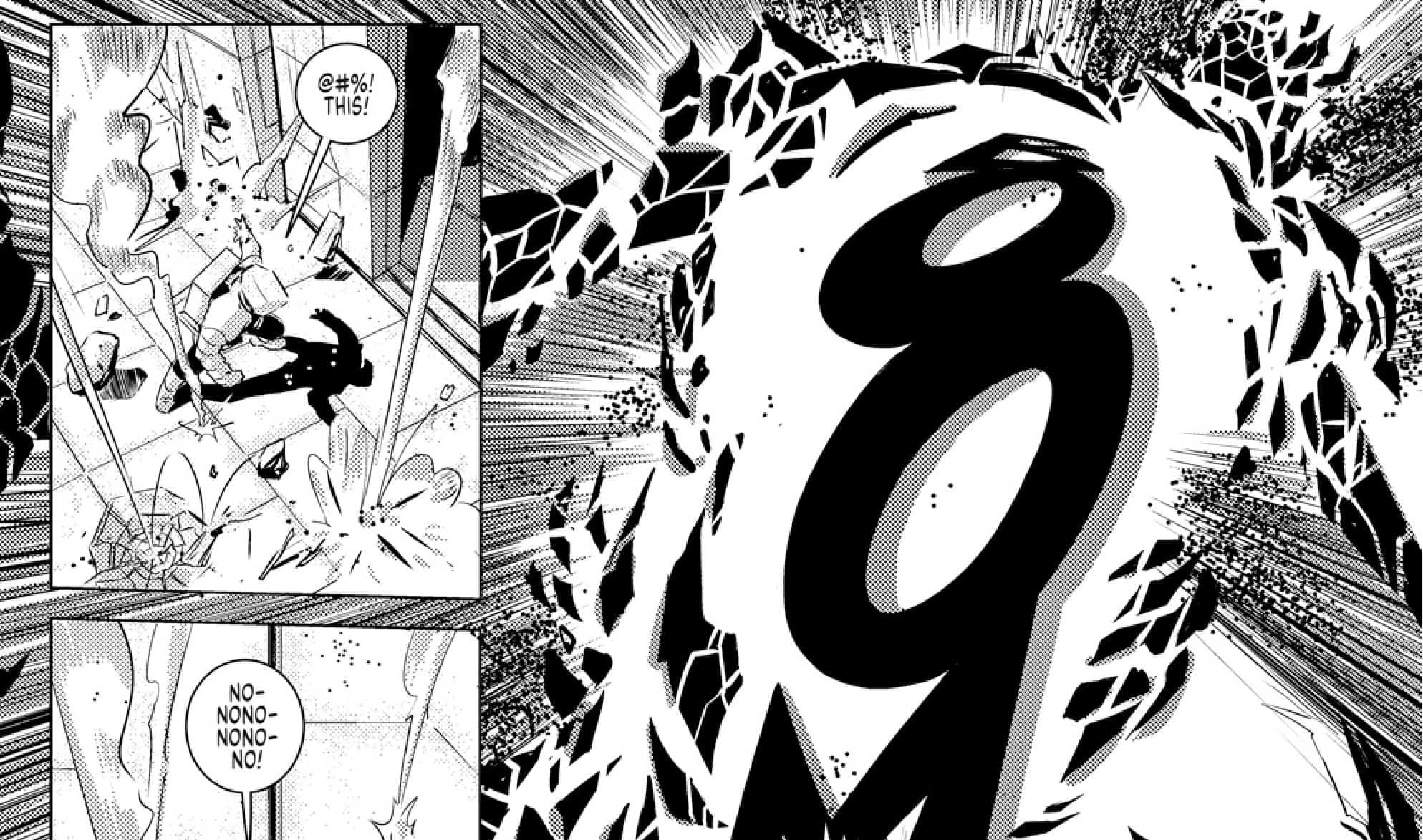 Dragotta is not afraid of scale and he wields it with a beautiful ruthlessness from the HUGE title splash all the way to the last page of the book. If you’ve read EAST of WEST and are familiar with Dragotta’s style it’s fascinating to see how Dragotta takes that more realistic style and bends it in marvelously cartoonish ways to produce a work that pays homage to over the top manga style sensibilities yet is distinctly still recognizable as his art! The monsters are massive, the combat stupendously dynamic, and the movement brilliantly exaggerated moving your eye across the pages at a breakneck pace and refusing to let you ever look away.

Ghost Cage #1 is a riveting first issue with a brilliantly cutting, at times darkly
funny, self aware script that combines with superbly, dynamic, and brilliantly scaled art for an
action packed kaiju style adventure that is also a damning indictment on the man's relationship
with energy as well as corporate greed. It's a flawless series opener.