GHOST CAGE #2: Sins Of The Father 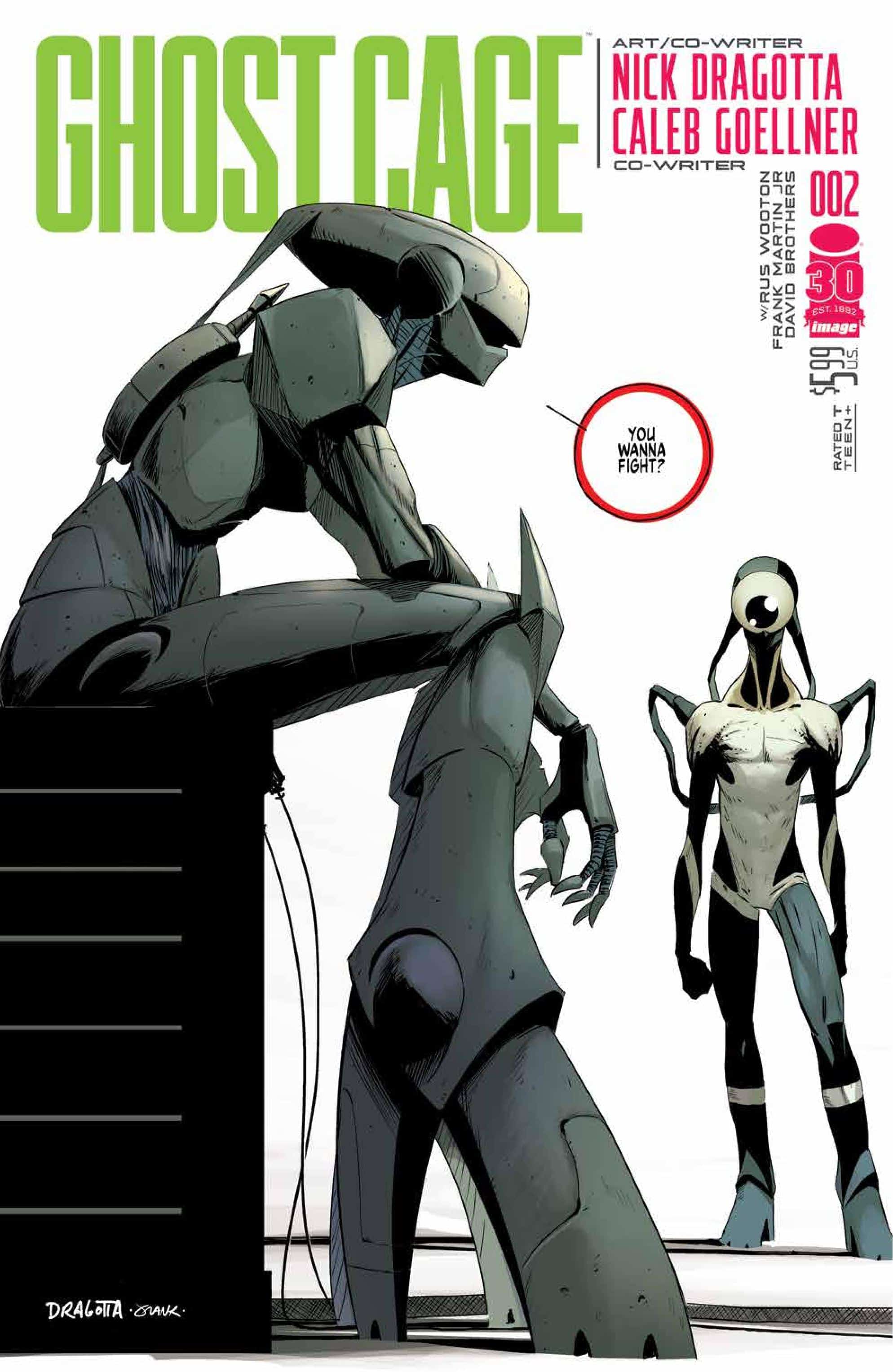 As they face the second wave of elemental nightmares, our phantom-forged heroes confront their sword-wielding assailant, learn more about their mission, and face a truth shocking enough to reanimate a graveyard!

Dragotta and Goellner continue to craft a black humor-filled but an absolutely scathing statement on corporate greed and human folly in general dressed up in an action-packed kaiju battle romp! There are so many deeply cutting indictments of society written into the pages of this book from Doyle’s naive worker bee’s blind loyalty to a company that cares absolutely nothing for them, our abuse of the planet, to Karloff’s fully revealed greed for energy and control of that energy. We meet several new energy kaiju but while there’s action and jeopardy galore in this issue, the real focus is Doyle’s awakening to who the real monster is after they modify SAM in order to help SAM become a better version of what it is intended to be. 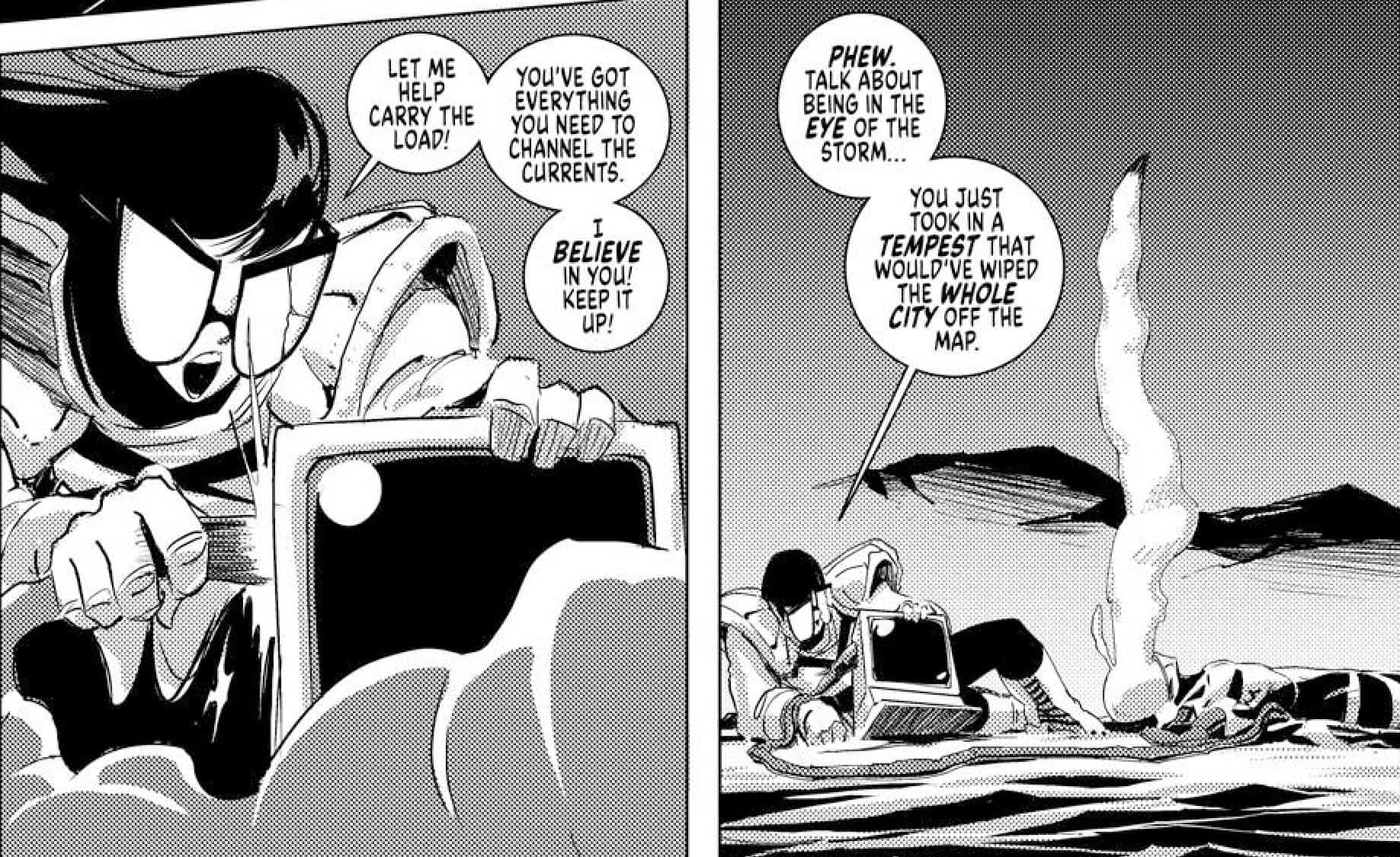 There’s a brilliant use of names as metaphors in play which I missed in the first issue but which Dragotta and Goellner drive home cleverly in this second installment. The first is calling the man behind the monsters Karloff, which is a brilliant play on horror actor Boris Karloff who was himself a man behind monsters in movies, and the last page of the issue is certainly reminiscent of Karloff’s most iconic role. The other is naming the wind kaiju Quixote and the whole play of tilting at windmills which is clever and tragic all at one. Dragotta and Goellner pour on some positively mangaesque melodrama in the form of the so-called terrorist as they reveal her relationship to Karloff and her quest to destroy him as Doyle has their moment of clarity. 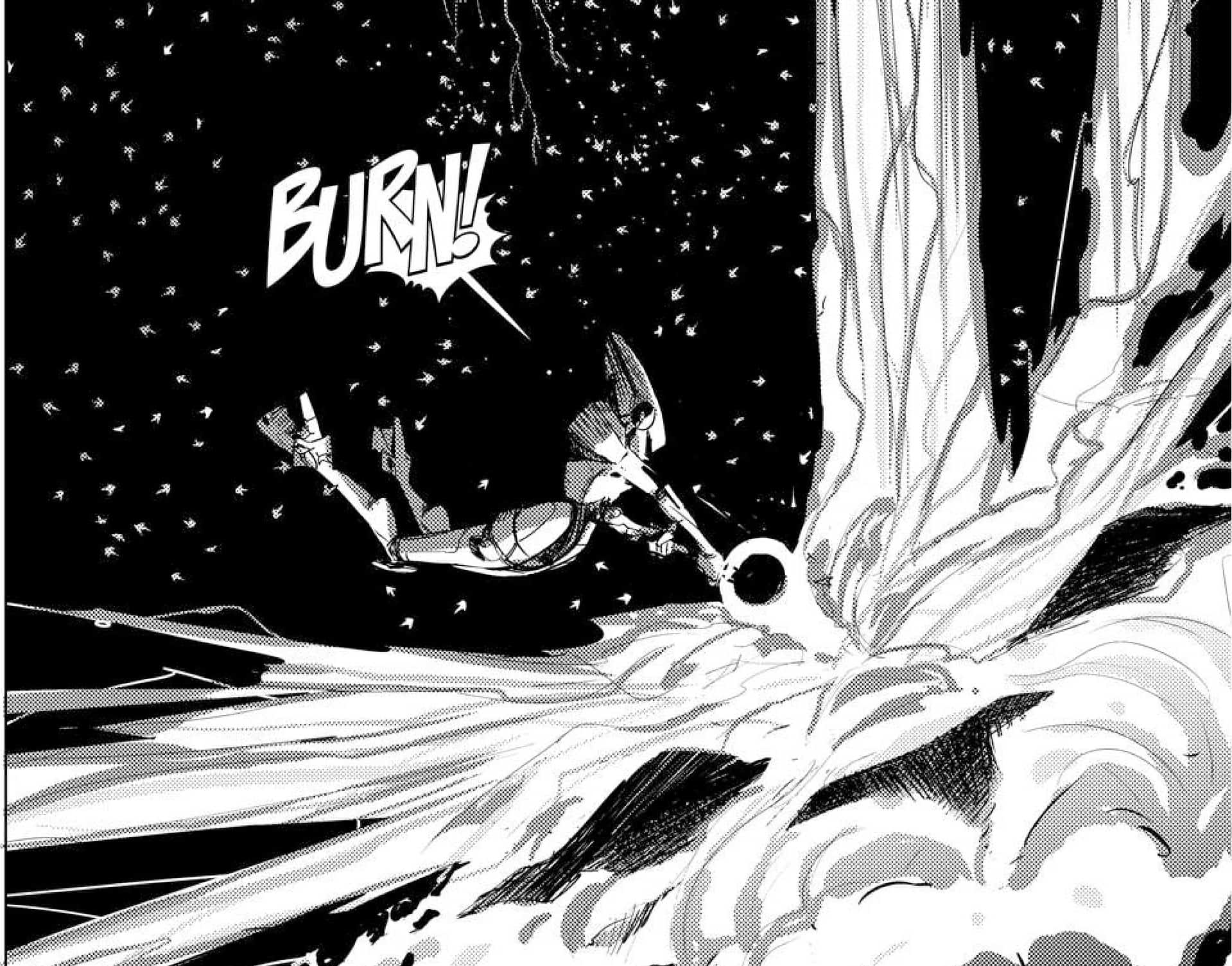 Dragotta’s art continues to be a marvelously exaggerated affair that marries bombastic flair and shifting scale elements in a romp that finds you super close up in one panel but then pulls back to reveal a huge scale that can induce a kind of visual vertigo that leaves you reeling at its intensity. He combines this with some classic visual iconography and exceptionally dynamic movement for another colorless (and the longer I look at the art the more I realize how not coloring it was a VERY smart choice) installment that is an absolute visual feast from start to finish. Wooten’s got his work cut out for him with sound effects galore but is very much up to the task as the lettering is a stylish affair and he bends it seamlessly into the imagery on-page. This second installment maintains the incredibly high standard of the first and is a flawless affair from Frank Martin’s cover to the very last page.

GHOST CAGE #2 continues to be a perfect marriage of deeply black humor, scathing social commentary, and a monster filled action adventure brimming with over the top melodrama! this combined with wild and deeply arresting visuals makes for an incredibly fun to read even as it scratches at your psyche.

GHOST CAGE #2: Sins Of The Father