GHOST CAGE #3: The Winds Of Change 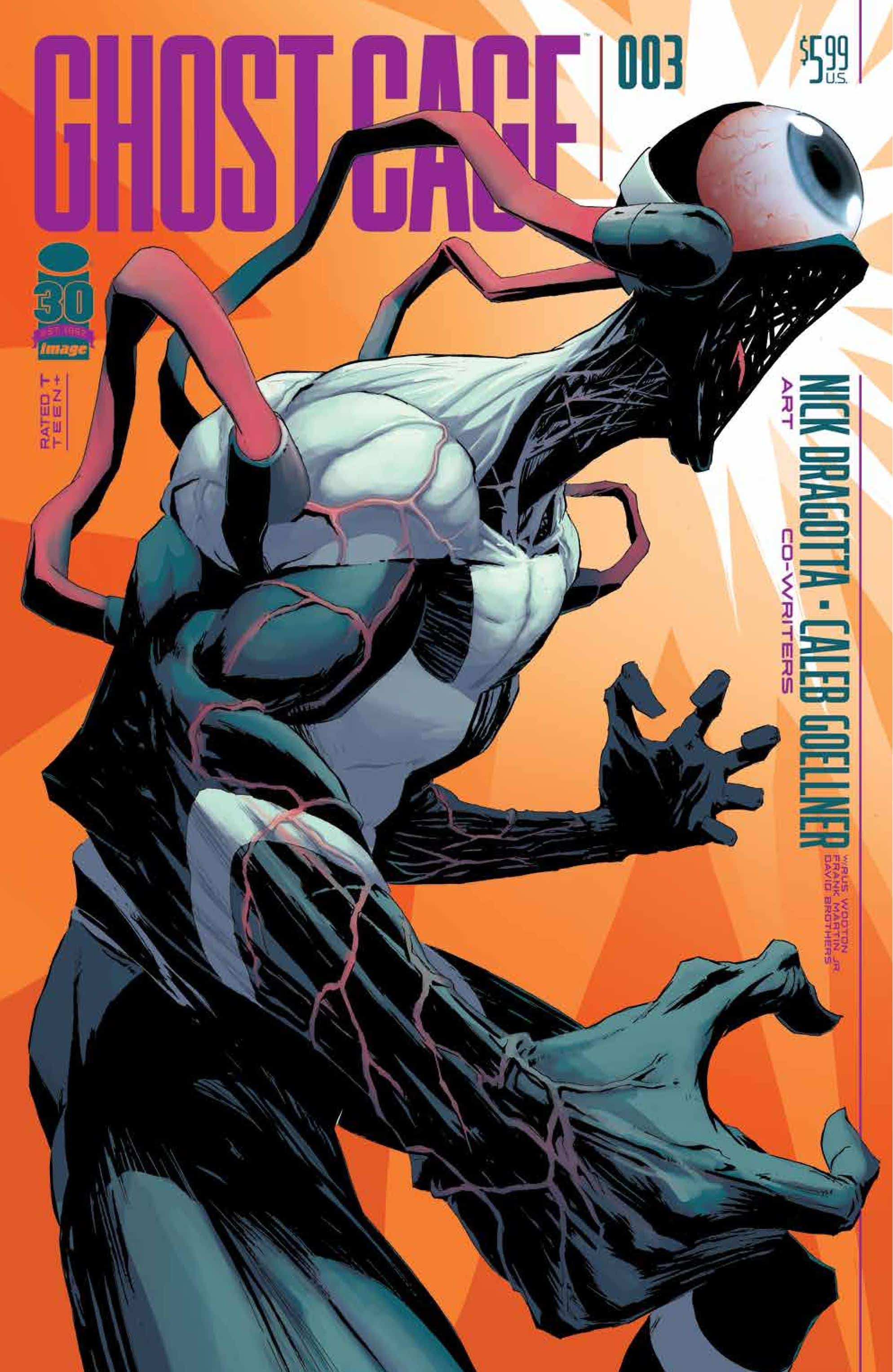 Sam, Doyle and Blair face the last energy obstacles in their quest to face off against Karloff! Will they succeed or will they be defeated by the schemes of the OHM's holographic horror of a leader!

Dragotta and Goellner bring the 3 issue series to an epic close as our heroes make one final push to bring the nefarious schemes of Karloff and OHM to an end! Sounds simple enough right? Now the more cynical part of myself would argue that these last 48 pages of the story are really just an absolute Christmas list of clichés stereotypes used to wrap things up but I honestly have loved this series so much that the overwhelmingly positive messages it espouses far outweighs that idea on the balance of things. Dragotta and Goellner continue with the scathing commentary on corporate greed and social commentary on our all too plugged in society. 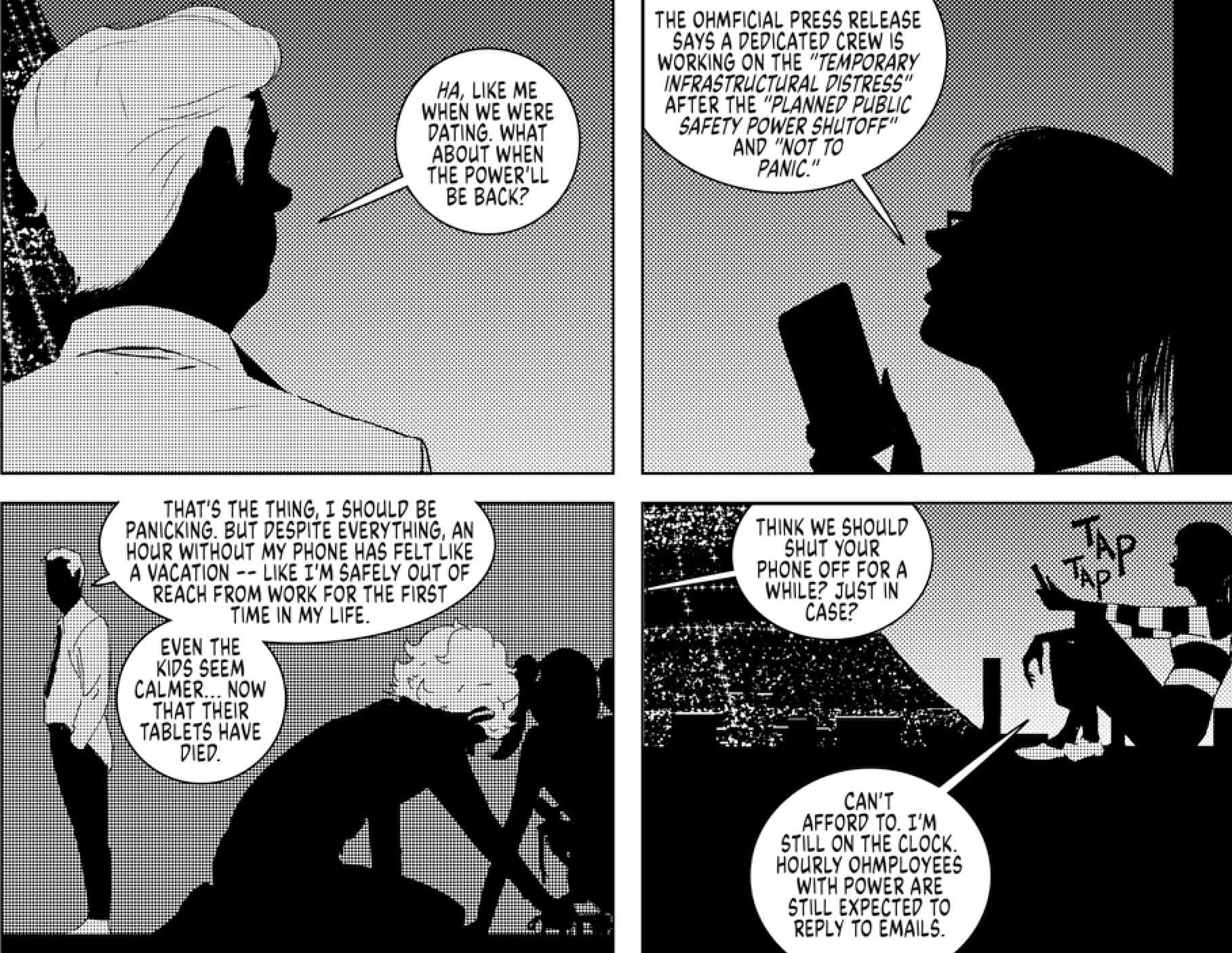 The ultimate villain here turns out to be not the still living version of Karloff but the digital version meant to serve in his place but the idea of the road to hell being paved with good intentions is an added theme as we learn how Karloff’s intentions are twisted by his digital avatar. That’s not to say Karloff is innocent, he is not and he pays the price for his folly at the hands of his own creation.

On top of all this Dragotta and Goellner use the themes of friendship, care and love embodied in the relationship between our three heroes and ultimately a mothers love as the literal sword that helps slay the “dragon” in this instance as the evil is ultimately defeated and good triumphs. The final message is overwhelmingly positive and Dragotta and Goellner do a remarkable job of making you understand what the title of Ghost Cage is without ever actually directly referencing it. This stories use of mangaesque sensibility and over the top melodrama make the slower ending all the more impactful. There’s still plenty of that wild Kaijuesque action warped wild perspective action from Dragotta but overall this issue focuses strongly on certain characters pasts and  relationships and fleshes out the history of several characters as well as revealing the villain’s ultimate plans. 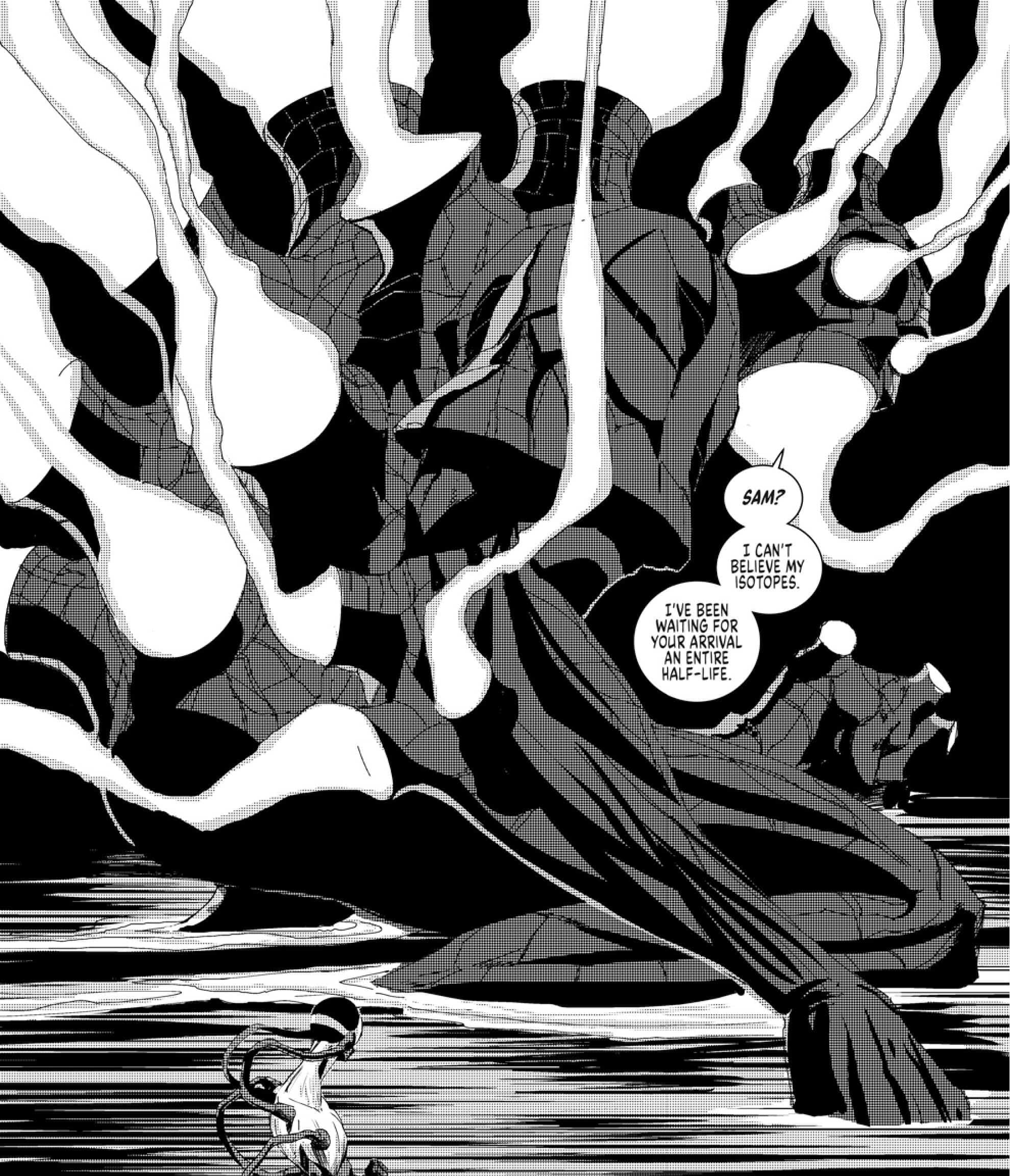 Dragotta’s art and Rus Wooton’s lettering this series has been superb and this last installment is no exception. I think a particular highlight here is the character of Doyle. The character that started as an almost colorless corporate drone has evolved so much through the three issues as that corporate veneer is stripped off and the deeply human and caring character is revealed, this is physically expressed in this issue as Dragotta literally strips Doyle of the sexless garb to reveal that Doyle is a she and also the embodiment of how someone normal who can do extraordinary things using what they’ve learnt and with a little help from others. The facial expressions of every character in this issue are a key element to the impact of the issue and are flawless page after page. 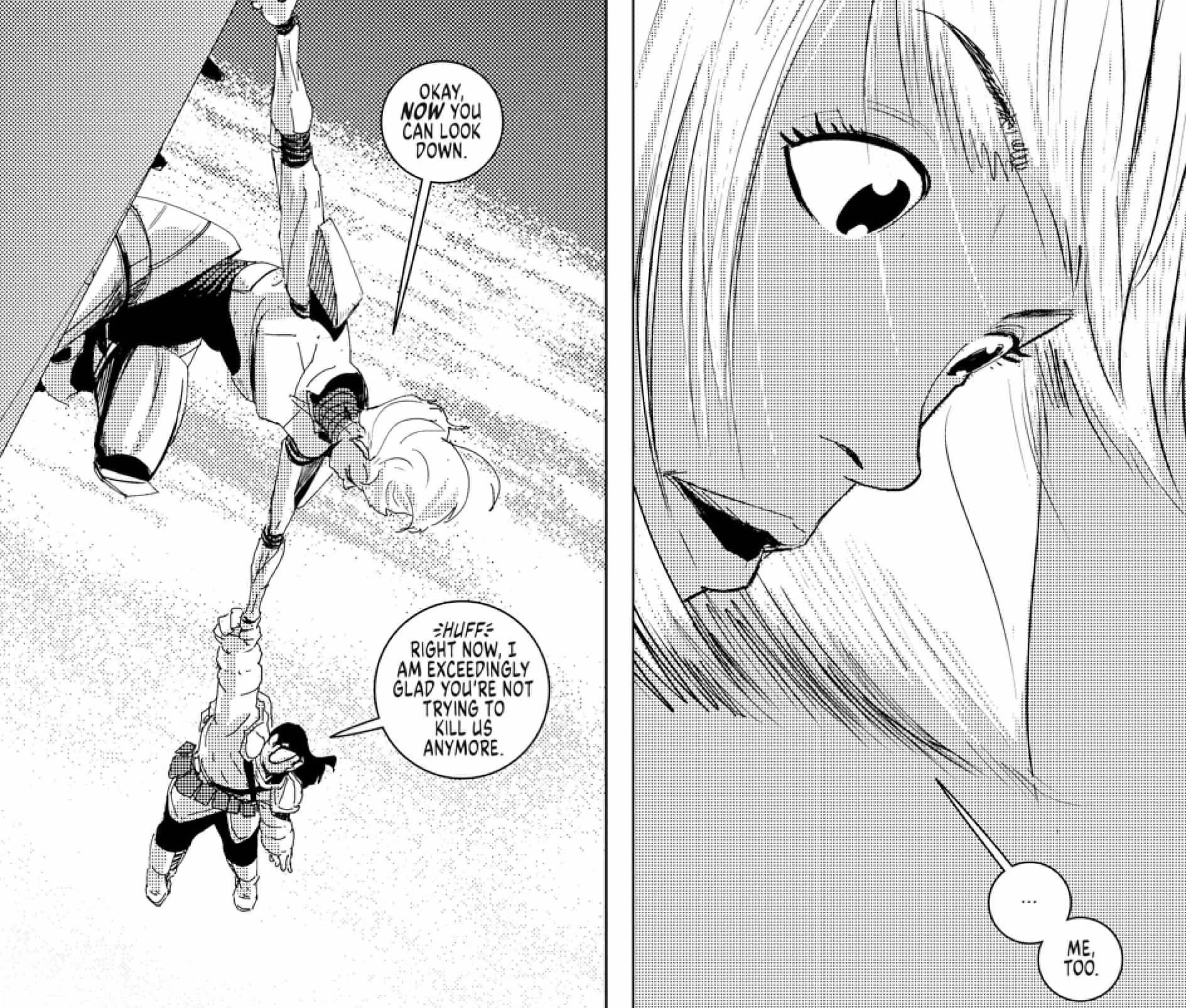 For the action fans there is plenty of Dragotta’s wildly dynamic titanic Kaiju tussles and tense moments as SAM faces off against Nuclear and also Karloff at the end which are in line with what we have seen in past issues. For me though the last few pages and their slower, reflective nature are the most powerful as we ultimately see what the power of love and technology ultimately do for SAM.

Ghost Cage #3 wraps on an explosive, emotionally charged, wonderfully positive note as it explores and comments on multiple socially relevant themes in a wildly dramatic and over the top sci-fi setting with a razor sharp script and brilliant art that perfectly balances heart with wild action moments !

GHOST CAGE #3: The Winds Of Change