Ghost Rider #8 Parasites are only the Beginning 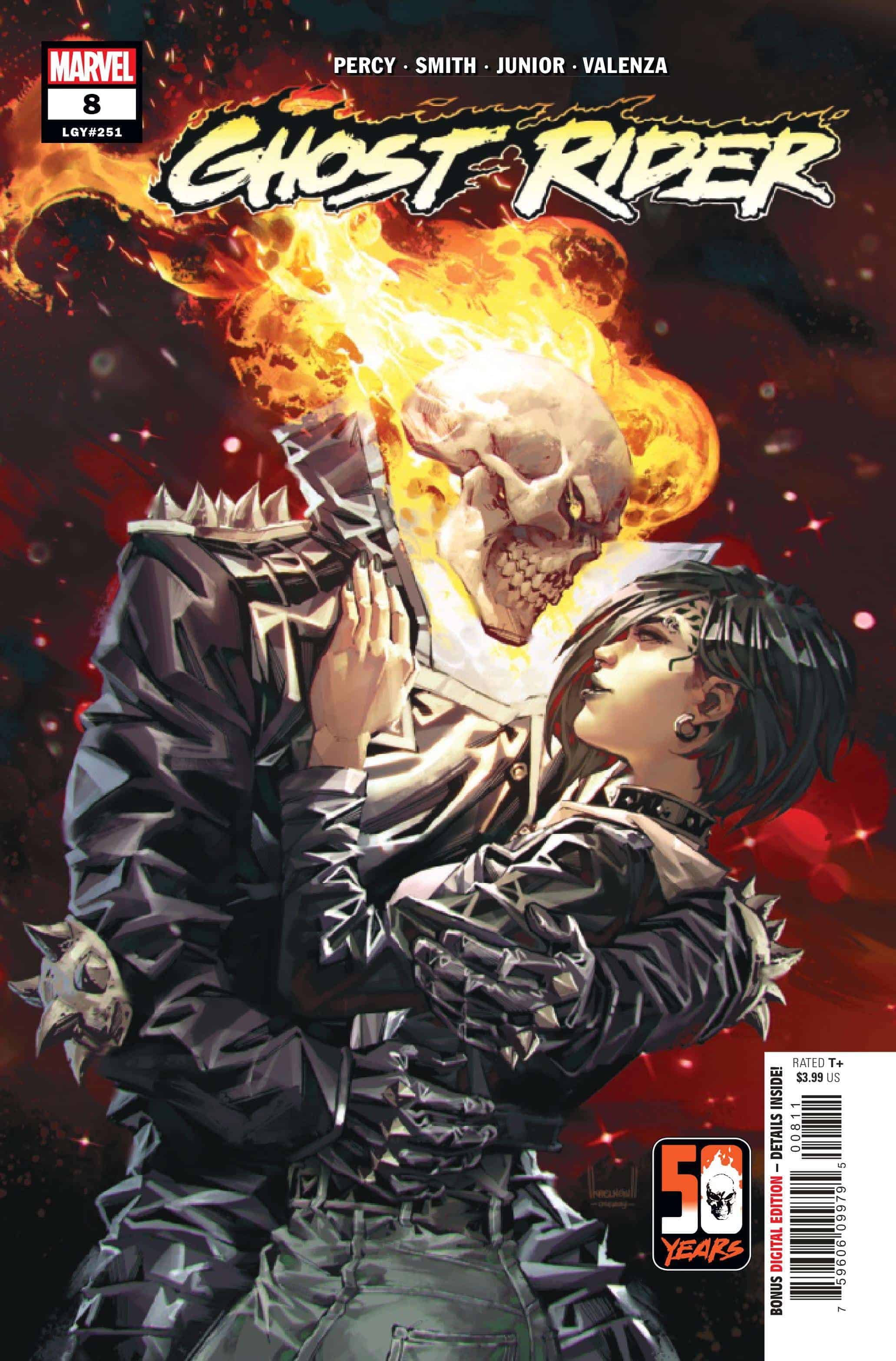 So last we saw X-Man Wolverine saved Johnny Blaze's life. He literally ripped out an alien entity named Exhaust. The parasite prevented johnny from having any control over the spirit of vengeance. Now torn out of Johnny's skull, Exhaust can run rampant.

Talia Woodward and Johnny Blaze are on the trail against dark forces. They discover that Chicago may be the base of the Shadow Conspiracy. While en route, they find out that they might be on the right track and someone does not like that they are working together. This book is nowhere near as intense as the last one, but I still gasped a few times.

In the previous issue, Wolverine carved out an alien from Johnny’s head with his adamantium claw. That gave me heart palpatations. But Benjamin Percy knows how to maintain momentum. Percy gives us a new dark force that makes you want to read on. What will happen to Blaze with his wonky powers, and is Talia helpful or a liability? And will they find out too late with what or who they are about to face?

Benjamin Percy captures Ghost Rider and Johnny Blaze as two lifeforms that have to coexist. And mostly, they are pretty decent with one another. I’ve enjoyed watching the side effects of having a third lifeform living attached to Johnny’s BRAIN! No one returns from that quickly. The healing process has got to be crazy. The Spirit of Vengeance and Johhny Blaze are no acception.

The artists magnify all of this work in the books. Each panel shows the difficulty Blaze is facing while pushing forward. Cory Smith outdoes himself between that and the new threats and characters brought to light.
Cory Smith is a creative artist like most trusted Marvel artists but what makes him shine is his affinity for dark realism.

Magnificent team. Benjamin Percy can write a plotline that has you breathing heavily, and Cory Smith’s artwork embraces the story’s darkness. Genius combination. Well done with Ghost Rider #8.
I am looking forward to the plot thickening in the next issue.

Overall, I am delighted with this series up to this point and have not disliked a single issue. Ghost Rider is an intense character, and Benjamin Percy and Cory Smith stay true to the character. But, what awaits Talia and Johnny in Chicago, and will they even make it there?

Ghost Rider #8 Parasites are only the Beginning