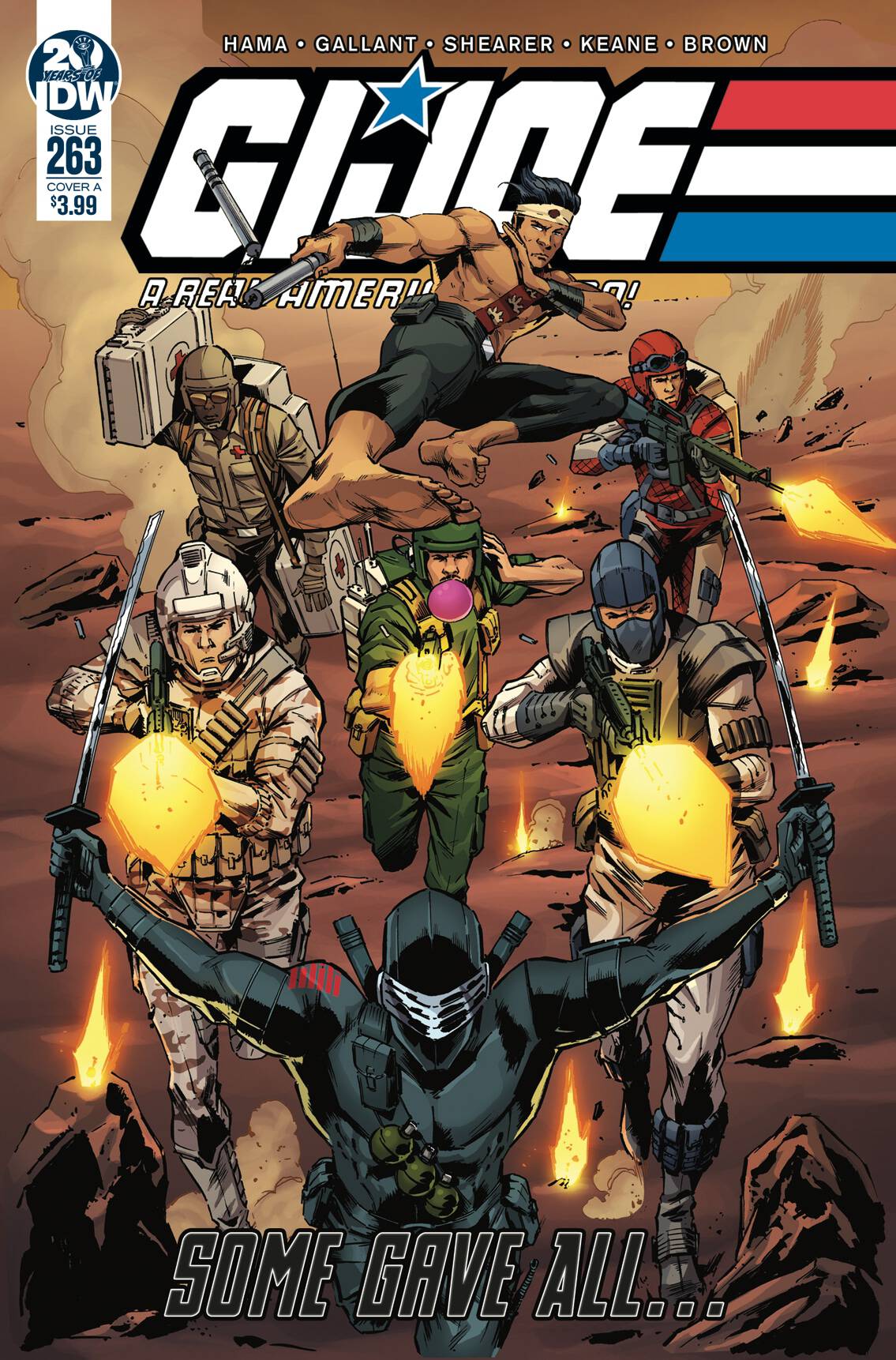 GI Joe is America's daring, highly trained, special missions force. It's purpose: to defend human freedom against Cobra, a ruthless terrorist organization determined to rule the world. In the on-going war between the Joes and Cobra, there have been too many casualties.

In this special Memorial Day-themed issue, Larry Hama takes us on both an emotional rollercoaster, as well as on a trip down memory lane. We get to spend time with a bunch of Joe team members as they gather in various places around the globe to pay tribute to their fallen comrades, From Storm Shadow & Stalker in Washington DC to Duke & Roadblock in Arlington National Cemetary to the “Motor Pool” on Staten Island, all the Joes share fond memories of soldiers who’ve made the ultimate sacrifice. 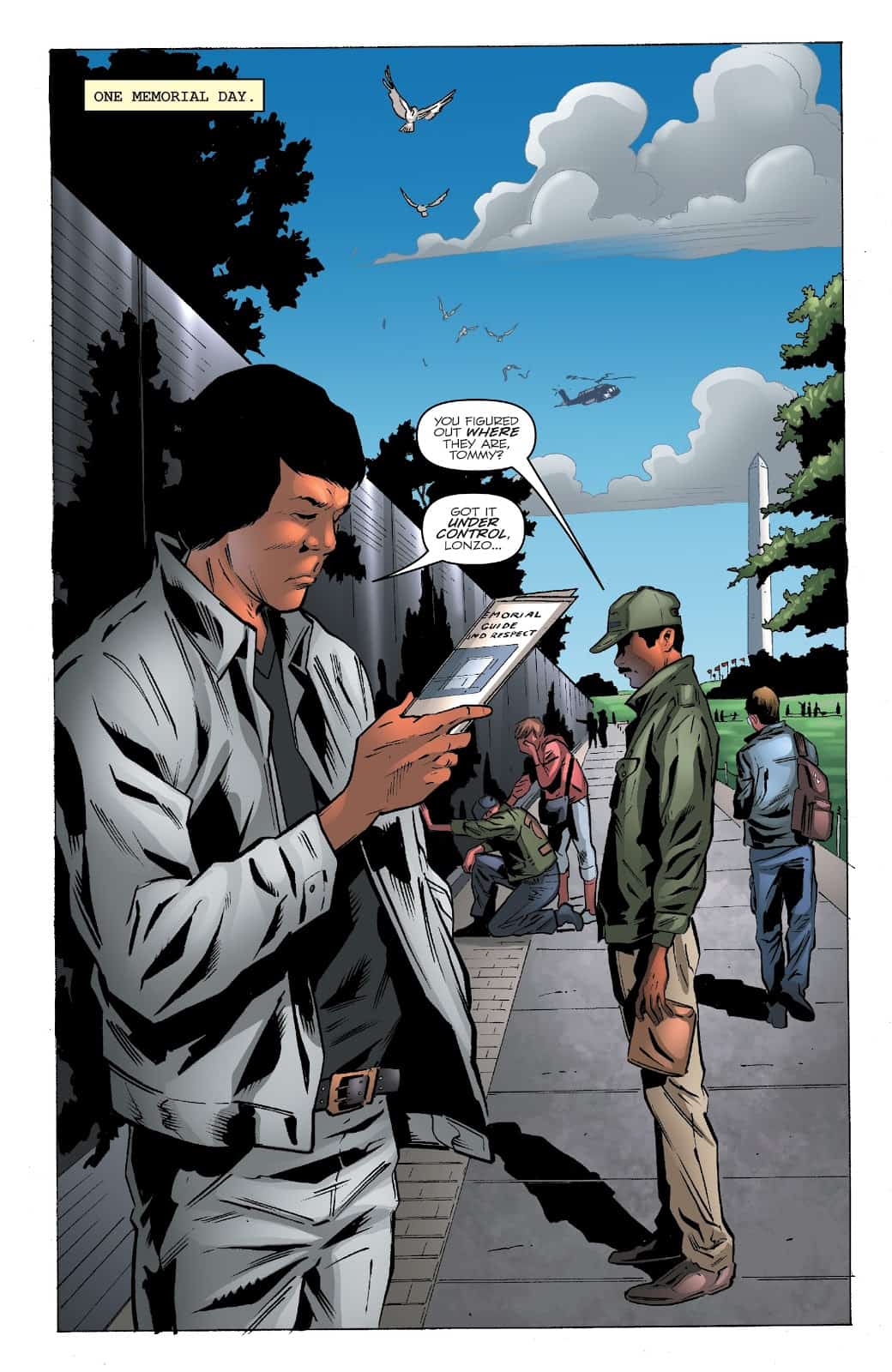 Writer Larry Hama does incredible work on this issue. He’s one of a handful of people working today that can make you chuckle while reading a comic book where the story centers around fallen soldiers and the family & friends that they leave behind. He gives us more than flashbacks of old comic panels but he creates new stories told through the grief of the living. That’s not something just anybody can do. 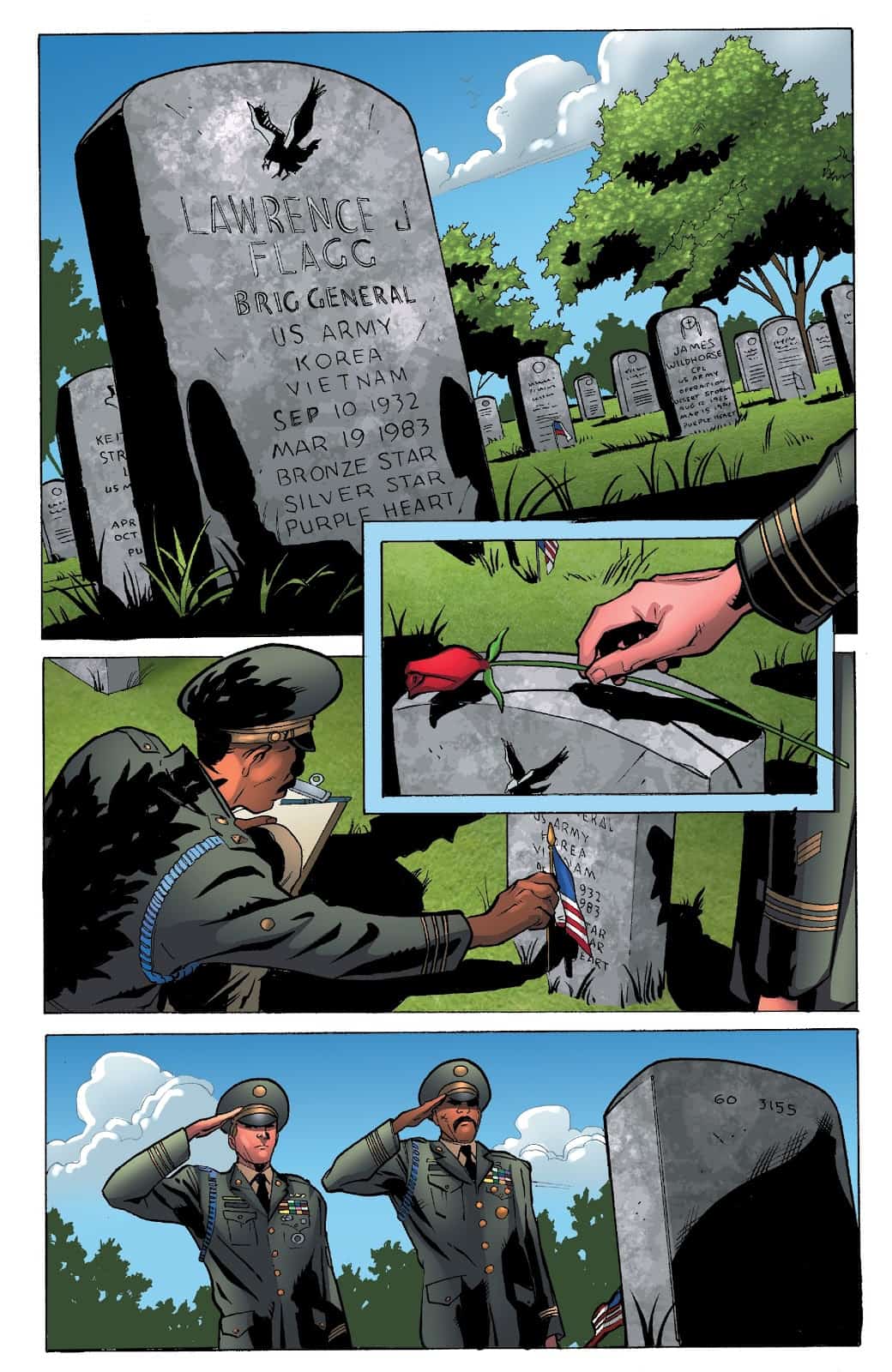 Artist SL Galant has been drawing GI Joe for quite a while now. In fact, I’m willing to bet it’s been the majority of his career and I’m willing to bet he’s coming up on a franchise record for issues drawn. He’s got the Joe universe down pat, blending both military and sci-fi with amazing accuracy, Better even than that, he’s really become a master at facial expressions, body language, and storytelling. He’s given the freedom to convey somethings through “silent” pages in this issue, and he really delivers. 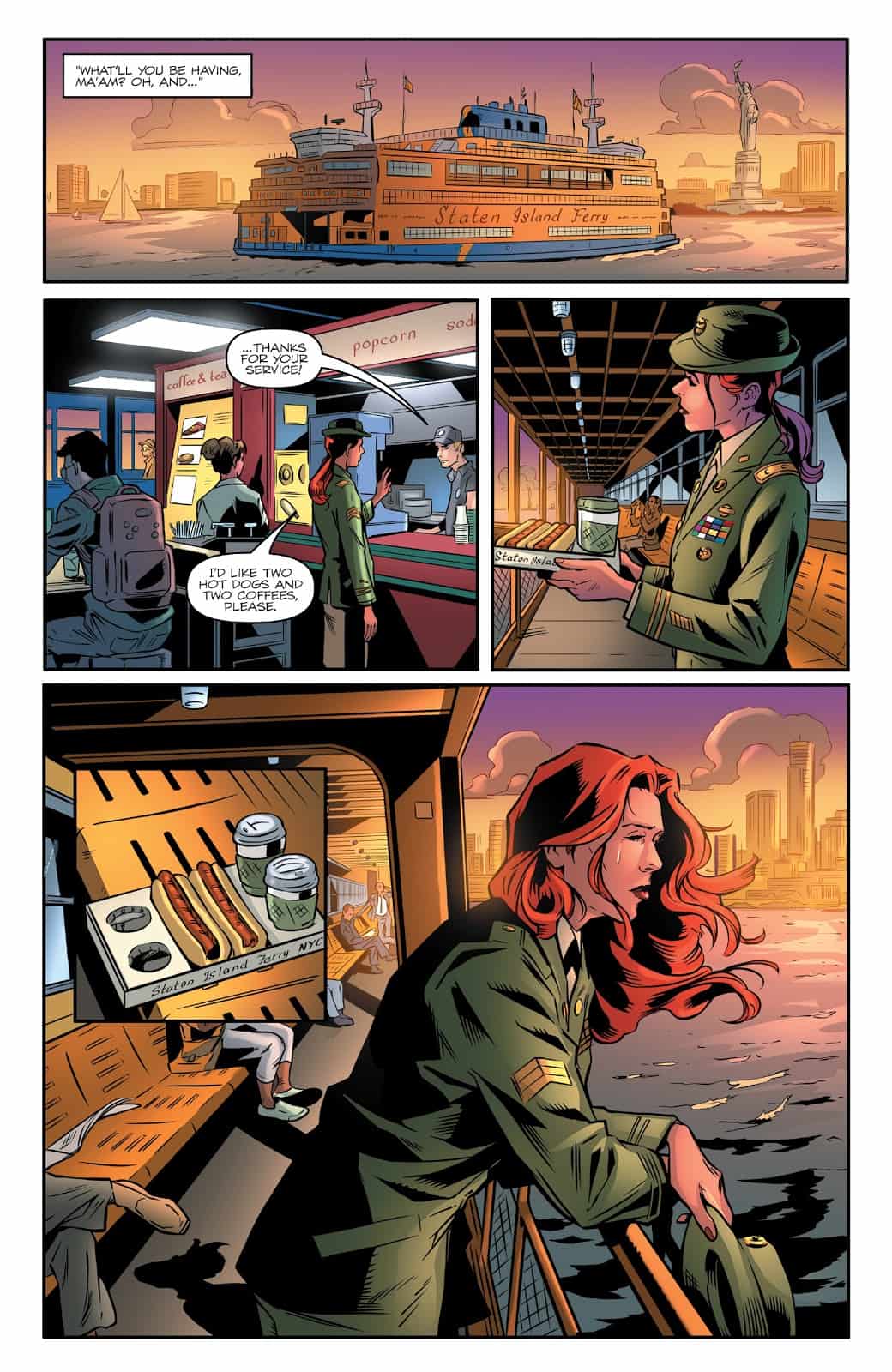 This book is definitely worth picking up. If you’re a die-hard GI Joe fan, you’ll love it. Even if you’re not, the story is told in such a way that you’ll still enjoy this issue very much.

This might not be the book I'd give someone that's never read GI Joe before, but it's the book that I'd give the lapsed GI Joe reader/fan. A great issue that brings the reader up to speed on what characters are and aren't part of the current GI Joe team.