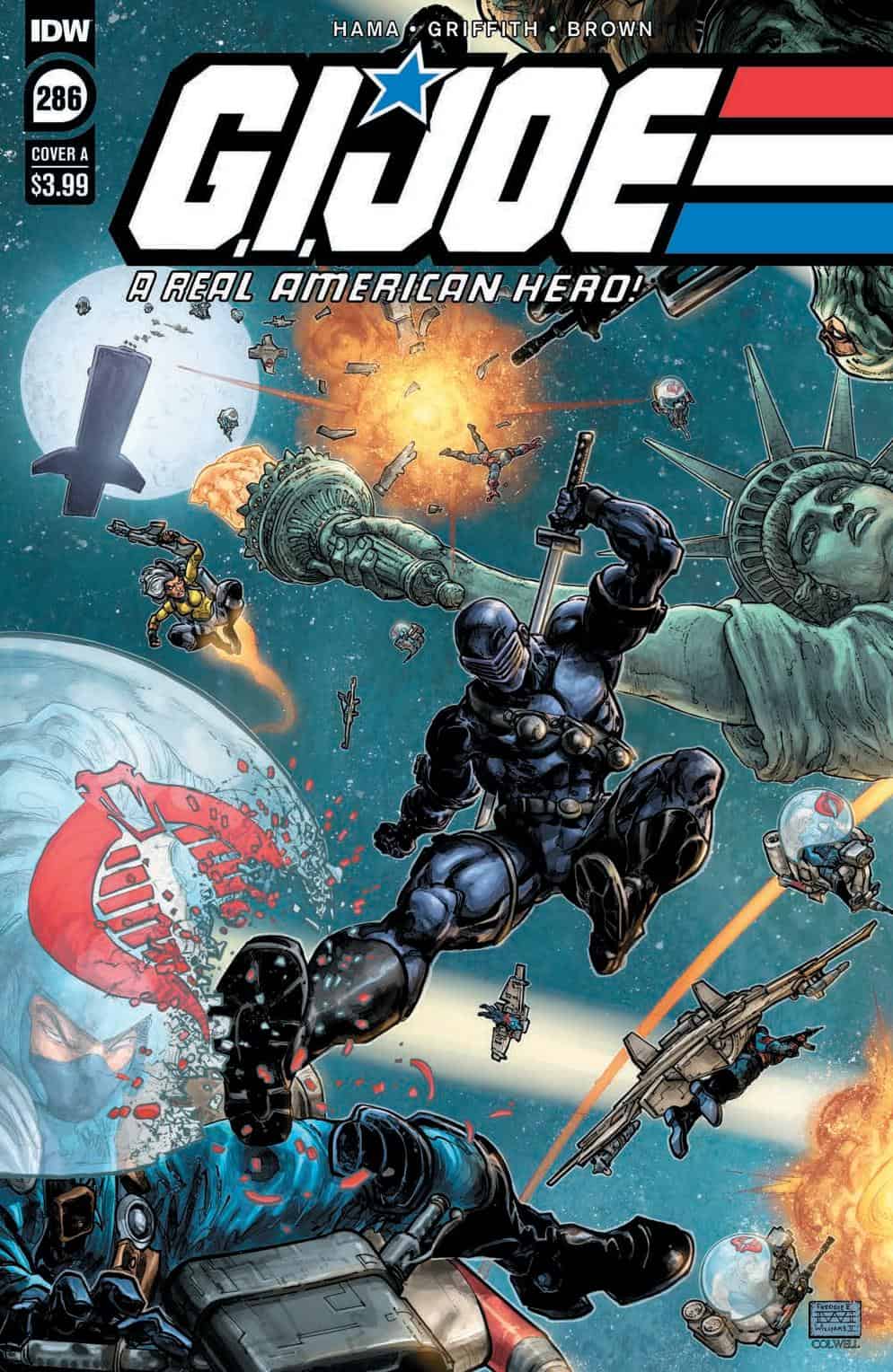 Storm Shadow has been a Cobra assassin, a member of the GI Joe team, and the bottom line is that he's a funky bad-ass ninja.

In this issue, the spotlight turns to everybody’s second favorite ninja-Storm Shadow!! Author Larry Hama tells an early tale of Tommy Arashikage from way back when he joined some of the founding GI Joe members in their squad in Vietnam. Hama does what he does best, telling a very compelling war story with a touch of the fantastic to it that builds off the GI Joe mythology, and adds a deeper layer to it. We get an in-depth look into the relationship between Storm Shadow and Snake Eyes which is another treat that’s provided in this issue. We get to discover another aspect to their friendship/brotherhood/rivalry, whatever you want to call it. Storm Shadow is far from the man that you thought he was. One benefit of having the same writer as almost 40 years ago is that he can expand on the origin of the character and have it make perfect sense. I’m really loving these “spotlight” issues that Hama is doing. He’s giving us an aspect of the Joes and Cobras that we’d never get on a file card. 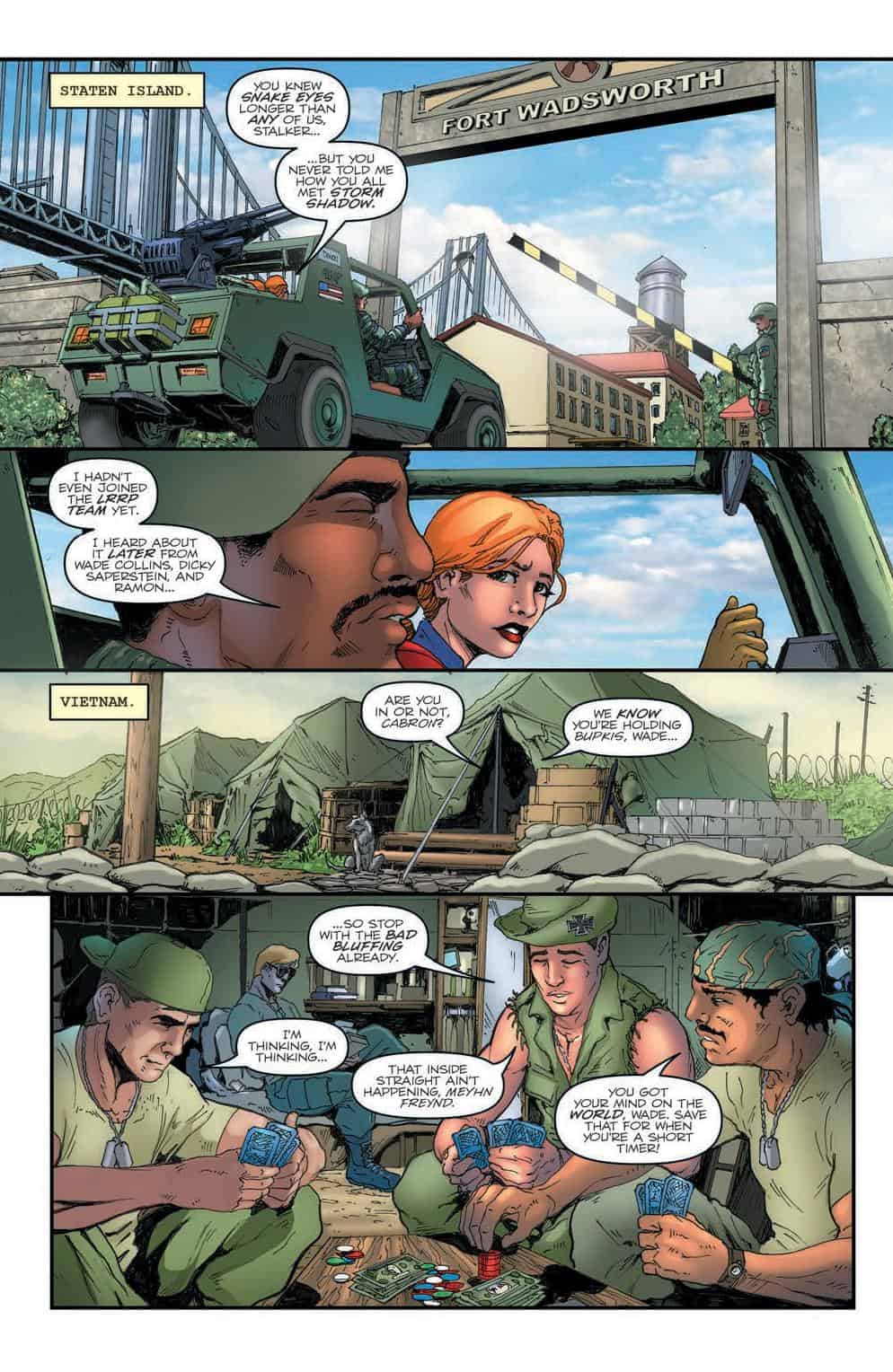 In this issue Andrew Lee Griffith really gets to stretch his artistic muscle, drawing some things that he normally doesn’t get to in this book. Sure, he does normally draw some combat scenes, but these combat scenes are very different from those done in the past. Snake Eyes is a pretty big part of this story and it’s not every day that an artist gets to draw him before he got all scarred and burned from his accident. Griffith doesn’t waste this opportunity to show what he can do, So don’t let this pass you by because you decided to skip this issue. Besides, who doesn’t love Storm Shadow?

If you haven't been reading these spotlight issues you're really missing out. This issue in particular is excellent just for the art and story alone. This is definitely one that you don't want to miss out on.