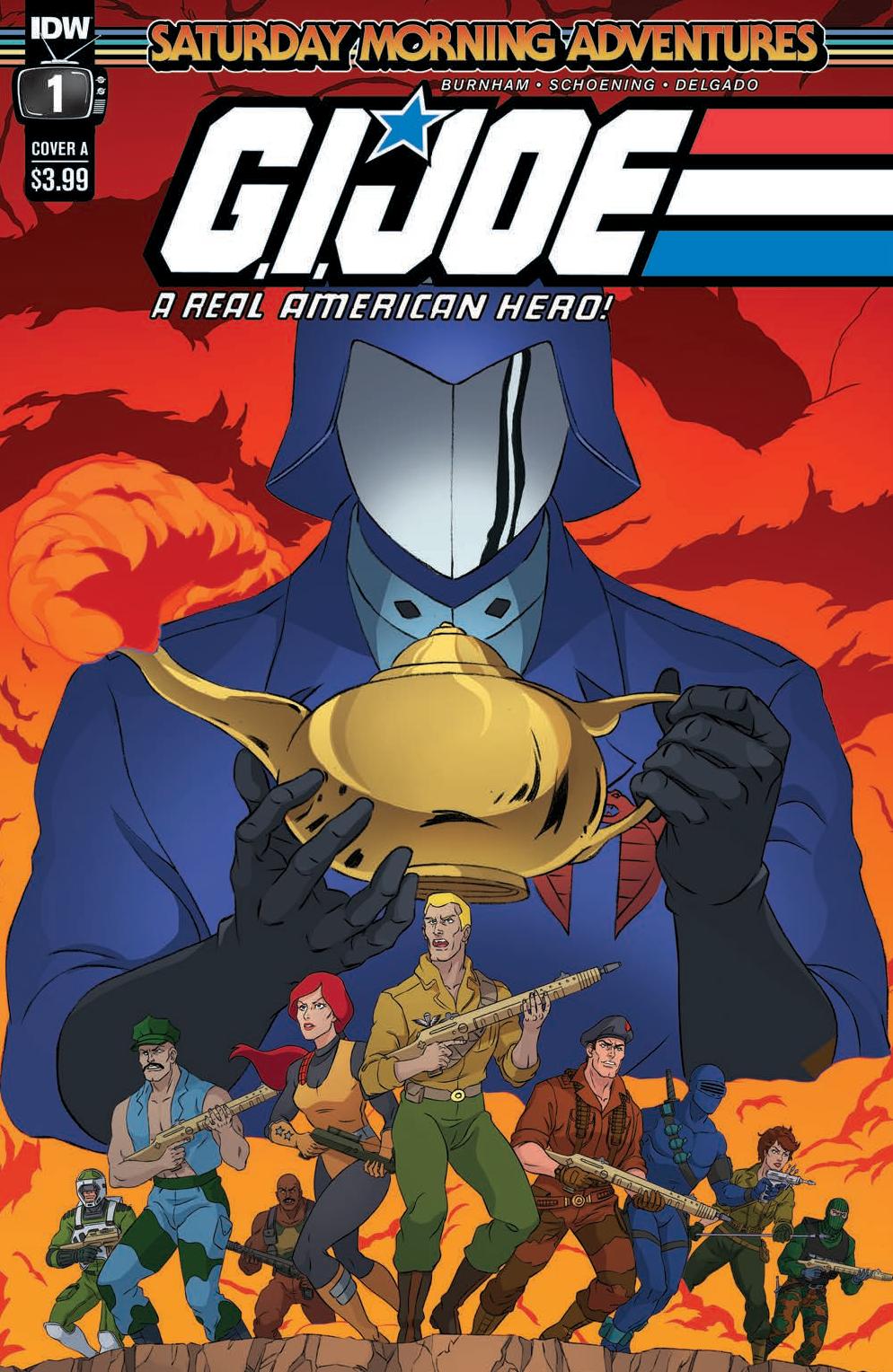 Can I just give an unsolicited opinion? This GI Joe comic. One that’s based on the cartoon that millions and millions of young boys and girls were hypnotized by in the 80s. Based on the toys that even more boys and girls had. THIS is the comic that should’ve kicked off the IDW GI Joe era. I mean, you got to be fucking shitting me, right? Half the WORLD has seen and loved this cartoon and NOW you decide to put out a comic based on it? My head hurts.

Moving on, uber-talented author Erik Burnham writes an episode of the hit GI Joe television series, but he does it in comic form. There is a good handful of reasons that somebody can argue why the comic medium is better than the television medium, so what Burnham does is he takes those reasons and plays them up, and the results are fantastic. He’s crafted a story that can only take place in this “universe” and fits in perfectly anywhere in the show’s continuity. Burnham does the impossible by making the cartoon you loved watching as a kid just as enjoyable as “watching” it as an adult. 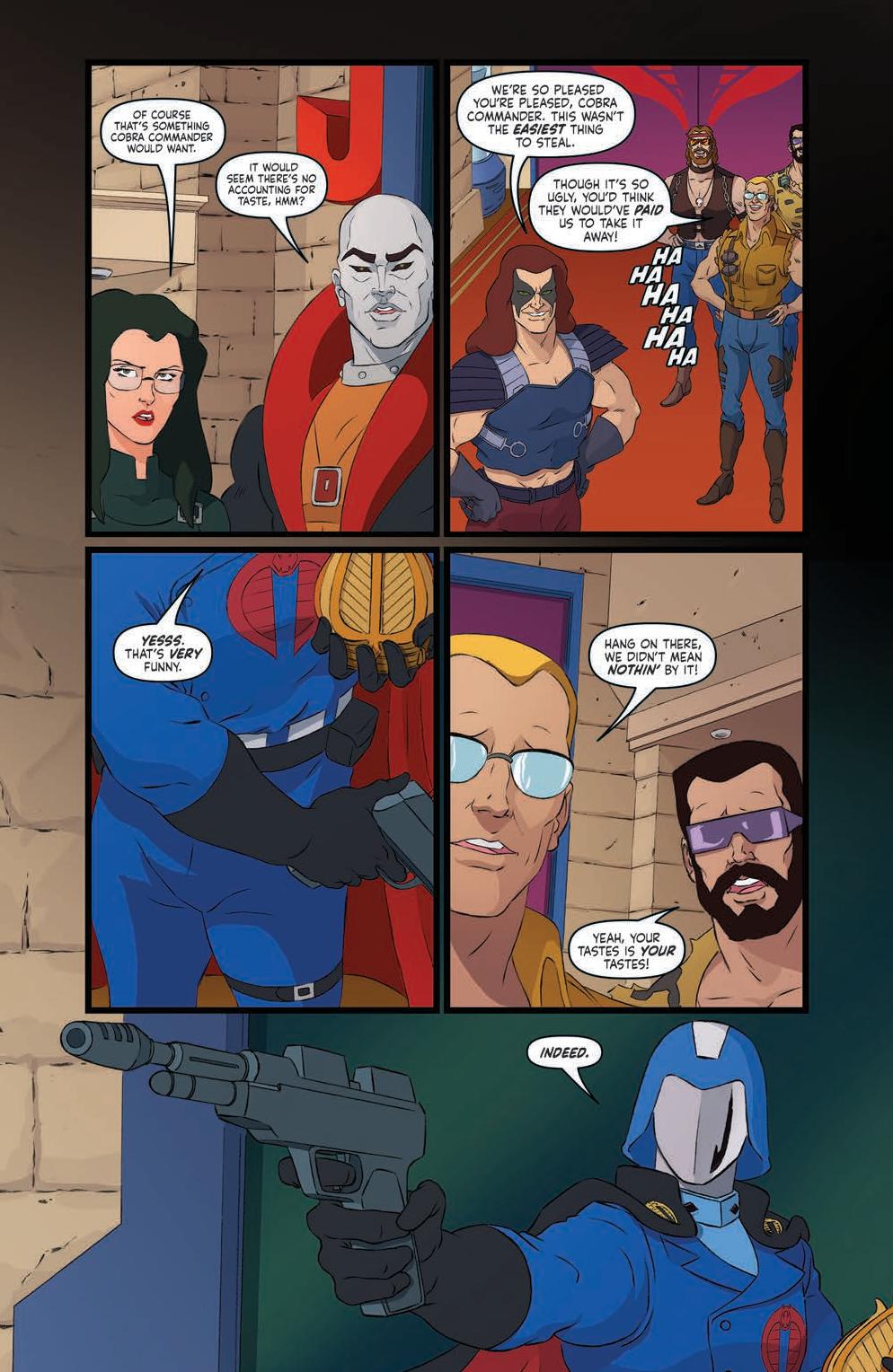 Burnham’s frequent “partner in slime”, Danny Schoening, gives us the same great-looking animation as we got with the original show, just minus the moving. I’m gonna take the focus off his character work for the moment and tell you about a couple of things that Schoening does that puts the whipped cream and cherry on the ice cream sundae of this comic. The mood he creates is astonishing. If you remember watching the cartoon as a kid, you can look at almost any panel and hear what music from the show’s soundtrack would be playing in the background. From the brash, patriotic music that wanted to make you stand up and salute to the sneaky, almost scary music that made you know that something pretty heavy was about to go down. The other thing that really grabbed my attention this issue was Schoening’s backgrounds. They are dead-on balls accurate to the cartoon. If I didn’t know better, I’d swear that this was a Fumetti book (photo comic) that was published back when they were popular. Basically, Schoening continues to be awesome.

Great start to what I'm sure is gonna be one of the best Joe books in the history of the franchise. Seriously, WHY did it take someone so long to think of this?!?!?! Get it on Wednesday and add it to your pulls list. THAT'S AN ORDER!!!!!!