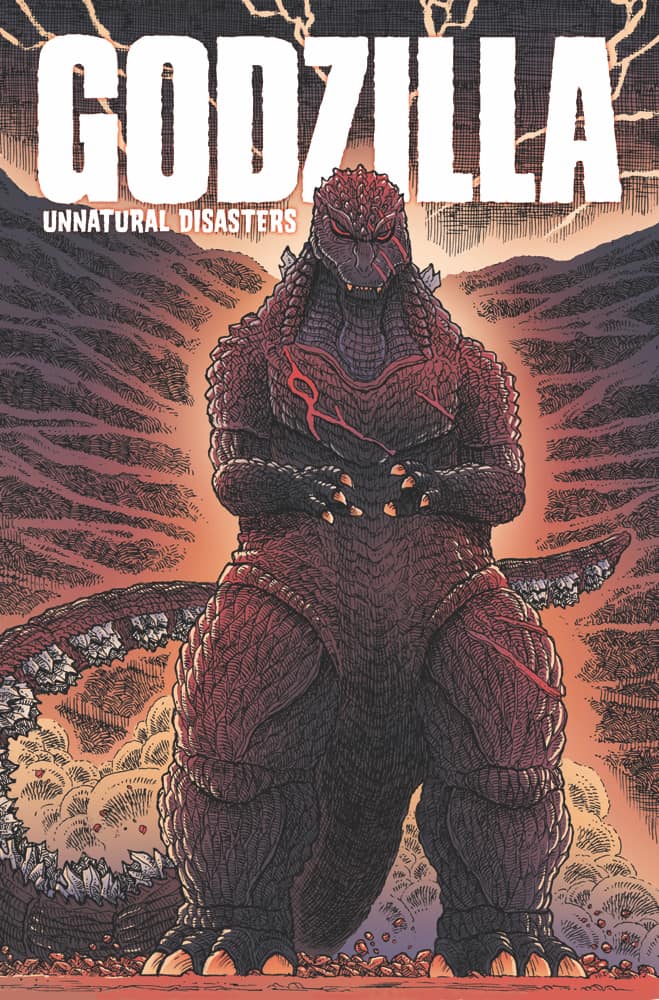 If you are looking for a bulk of Godzilla reading than look no further than Godzilla: Unnatural Disasters Compendium. Collecting Godzilla: Legends, Godzilla in Hell and Godzilla: Rage Across Time. All in one epic collection!

Alright Godzilla fans if Godzilla vs Kong has got you jonesing for more King of the Monster content then IDW is putting out a book just for you! In Godzilla: Unnatural Disasters we have a compendium collection of three different epic series. Godzilla: Legends follows some of his greatest “friends” and enemies across their own very different and wild stories. Godzilla in Hell finds Godzilla well… in Hell! With a smorgasbord of talented artist and writers taking us into the depths of Hades with the atomic breathing lizard. Finally we have Godzilla: Rage Across time as we see what Godzilla might have looked like battling in different time periods. So, with all these stories collected in one big book, the question becomes is Godzilla: Unnatural Disasters worth it?

Obviously, the cool thing about this is you get a wealth of Godzilla content in one big bulk. You also get tons of different artist and writers as the series featured different creators for each issue during their respective runs. I mean there is probably something in here for just about everybody. Every Godzilla fan will probably find at least one thing they like in Godzilla: Unnatural Disasters. There is a ton of content in this collection, it collects three different series with 360 pages of monster action. Which if you have not previously read any of these series makes it extremely exciting and something that will certainly peak any kaiju fans interest at least a little. For so much reading material the price is very reasonable as well. I would also argue that maybe the cover collection is almost worth the price alone. We get some truly mesmerizing covers to gaze at. But, that still really doesn’t answer the question the whether it is worth picking up this huge collection? This is a lot of reading material and if you buy the physical copy, it is going to take up some shelf/storage space as well. What is the answer to the question Brent! Should I buy or not? Well, the short answer is no, you can probably live without this, but let us get into a little more detail of why.

Luckily for y’all as a Godzilla fanboy I am already very familiar with the content in Godzilla: Unnatural Disasters before it even came out.  I have tons of opinions and a wealth of Godzilla knowledge (don’t ask me about Godzilla vs Kong). Unfortunately for Godzilla: Legends and Godzilla: Rage Across Time in my opinion are not all that great. They have some moments and sequences, but as a whole are honestly not that interesting and not that memorable in any sense. I honestly had forgotten about them. Legends could be left out all-together, I would have rather seen something like Godzilla: Cataclysm included. They also, do not boast that great of creative teams for the most part. As they make up the bulk of this collection as a Godzilla fan you can more than likely skip out on these two series completely.

But, that does leave us with Godzilla in Hell. This is a wild, imaginative series with some truly 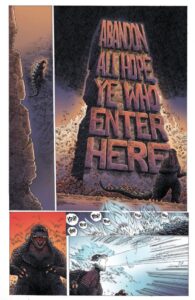 fantastic creators throughout its five issue run. Names like James Stokoe, Bob Eggleton, Dave Wachter, Ibrahim Moustafa and more! I mean if you are looking for a Godzilla story you have never seen before, then you need to dive into Godzilla in Hell. The situations and madness that unfolds is something that might be only able to be done in comic book form. Honestly worth the time and money. It will present things that you have never though before in a Godzilla story. You will not be disappointed. Godzilla fighting in Hell depicted by some truly great artist…need I say more?

In the end I cannot recommend picking up Godzilla: Unnatural Disasters. Legends and Rage Across time in my opinion are not worth the read and you should really just buy the trade paperback of Godzilla in Hell which doesn’t seem like you can find anymore. So, I would just grab it digitally.  If I am being completely honest here and you want the ultimate Godzilla comic book experience you should really just buy Godzilla: The Half Century War hardcover edition. In my opinion the best piece of Godzilla storytelling in any form.

Man, I hate to say it but Godzilla: Unnatural Disasters is probably not worth it. It is a huge collection, but Godzilla in Hell is probably the only story in here worth reading. Just go buy the trade paperback of it and the hard cover of Godzilla: The Half Century War if you want some fantastic Godzilla comic book goodness.