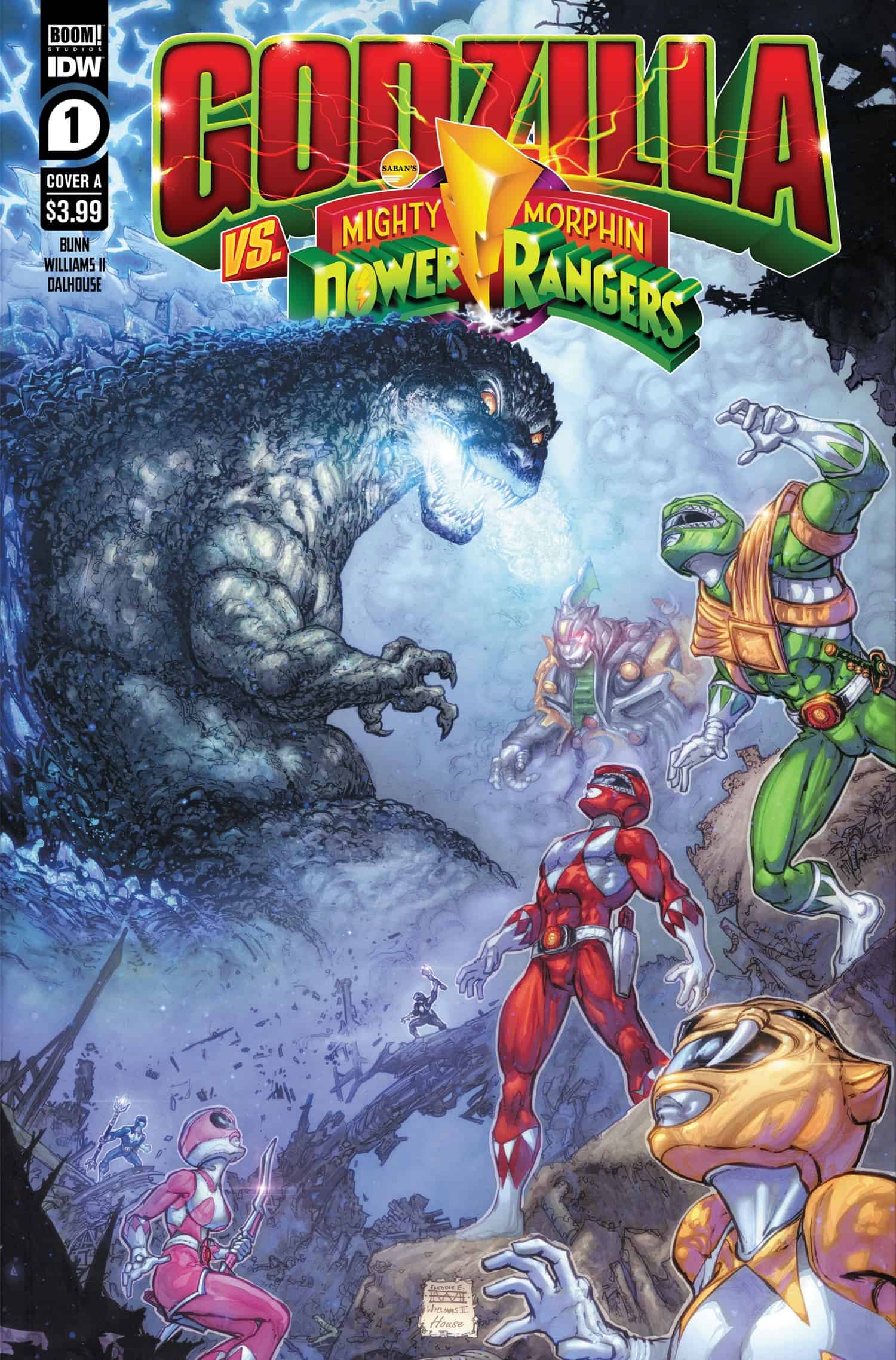 When Rita Repulsa uses an ancient artifact to transport herself to a universe without Power Rangers, she finds herself in a world with aliens, kaiju, and… Godzilla! Hoping to annihilate this new foe, Rita hurls her own terrible creatures into battle. But she never expects that the Rangers have followed her to this alternate reality, pitting the Dinozords themselves head-to-head with the King of the Monsters!

My mind was boggled when I first heard about the Godzilla vs. The Mighty Morphin Power Rangers crossover. At first, it seemed so ridiculous and silly to me. Then, it struck me… this is the crossover I never knew I needed. I have to admit I’m a very casual Godzilla fan. I’ve seen a few of the movies and had a couple toys when I was a kid, but that’s about it. I’ve known some die-hard Godzilla fans over the years, though, and I’ve always appreciated their love for the Kaiju. However, what I am is a Power Rangers fan through and through, and while we’re getting several titles and mini-series from Boom! Studios, I’ll always be up for digesting more.

This first issue is very ridiculous and very silly, just as I originally thought. However, it ended up working in a very fun and campy way. I mean, you have Rita Repulsa saying “take me to your leader” and Godzilla facing off against the iconic Dragonzord (although the nerd in me wondered how the Dragonzord was able to be summoned in an alternate reality where the Power Rangers don’t exist, but I realized it’s better to just smile and nod). Writer Cullen Bunn definitely seemed to have fun with the very 90’s dialogue. 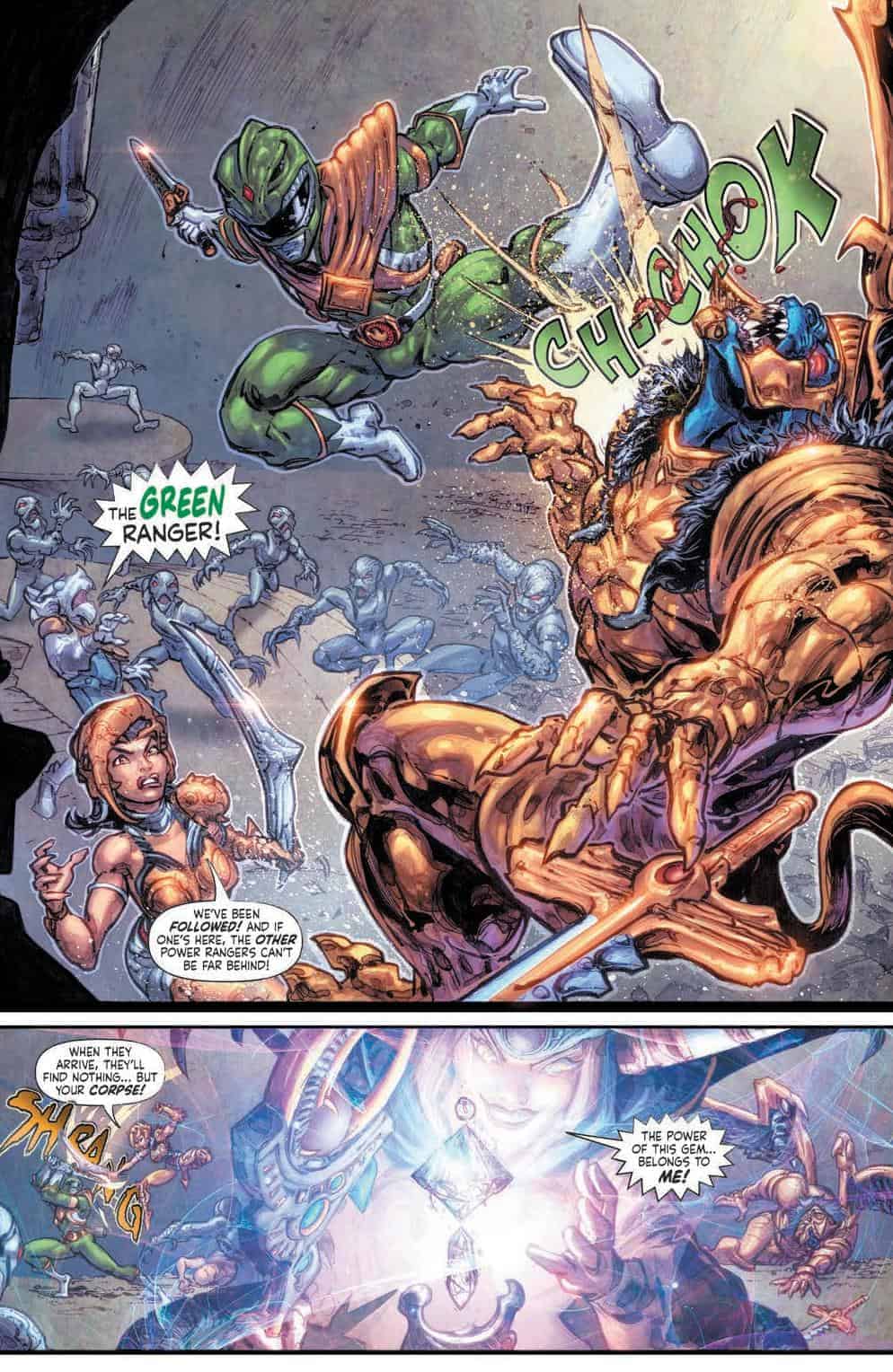 To add to the 90’s feel, Freddie Williams II delivered some very stylized and retro-feeling art. During my initial “this can’t work” phase of the comic, I was turned off by Williams II’s art for the crossover. But when I read Cullen Bunn’s writing alongside it… everything made sense. They used to make Power Rangers comics back in the 90s that I occasionally read, and this art and coloring felt very reminiscent of that which just added to the camp fun.

I’m not sure what to expect for the rest of the story, but I’m just along for the ride. Whatever Bunn and Williams II have in store for me will be quite a ride, I’m sure of it.