Gotham City Monsters #1: “Beware; for I am Fearless, and Therefore Powerful” 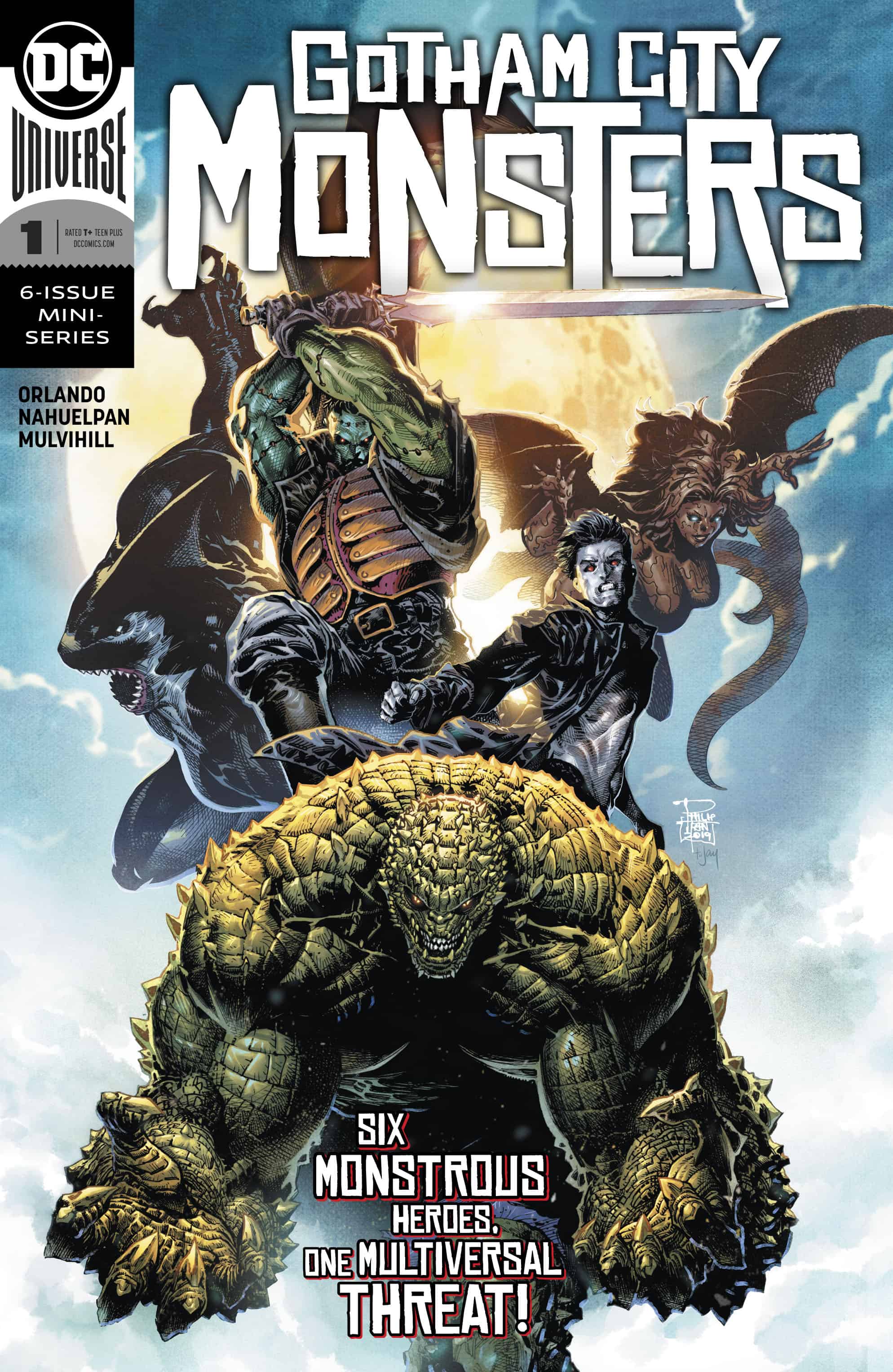 Leviathan has dismantled S.H.A.D.E.-and that means Frankenstein is once again a free agent! Now he can set his sights on his former mentor, Melmoth, the one evil that got away. With bad things happening all across the Multiverse, this may be Frankenstein’s last shot at setting things right. Of course, Melmoth has his own agenda, and it’s going to take more than a lone monster to take him down. So Frankenstein heads to Gotham City in search of allies and recruits Killer Croc, Lady Clayface, Orca and vampire Andrew Bennett. But will even these dread creatures be enough to save humanity before the entire cosmos collapses in on itself? 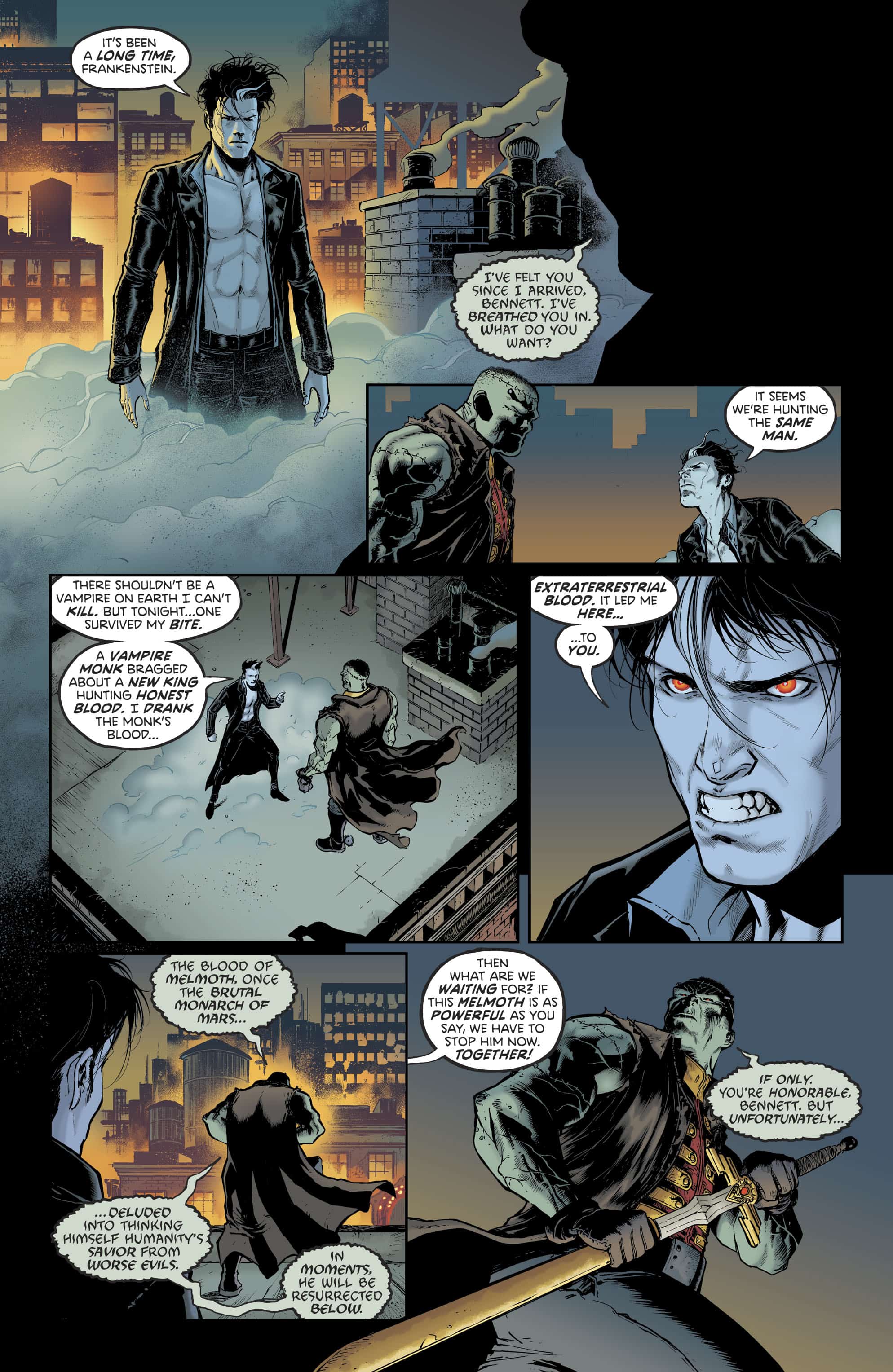 Orlando has managed to accomplish something in this book that I didn’t think possible in today’s comics industry. He was able to write a well written character study of multiple characters while still acknowledging two very major contemporary story events in other books DC is currently publishing (“City of Bane” in Batman and Event Leviathan; not to mention the callback to “Night of the Monster Men”) without having either hinder his own narrative. This story could have easily taken place in isolation or on an imprint but instead, Orlando embraces the wonder and tribulations of writing inside of an extended canonical universe and given the state of affairs in many modern comics titles, that alone deserves a standing ovation. 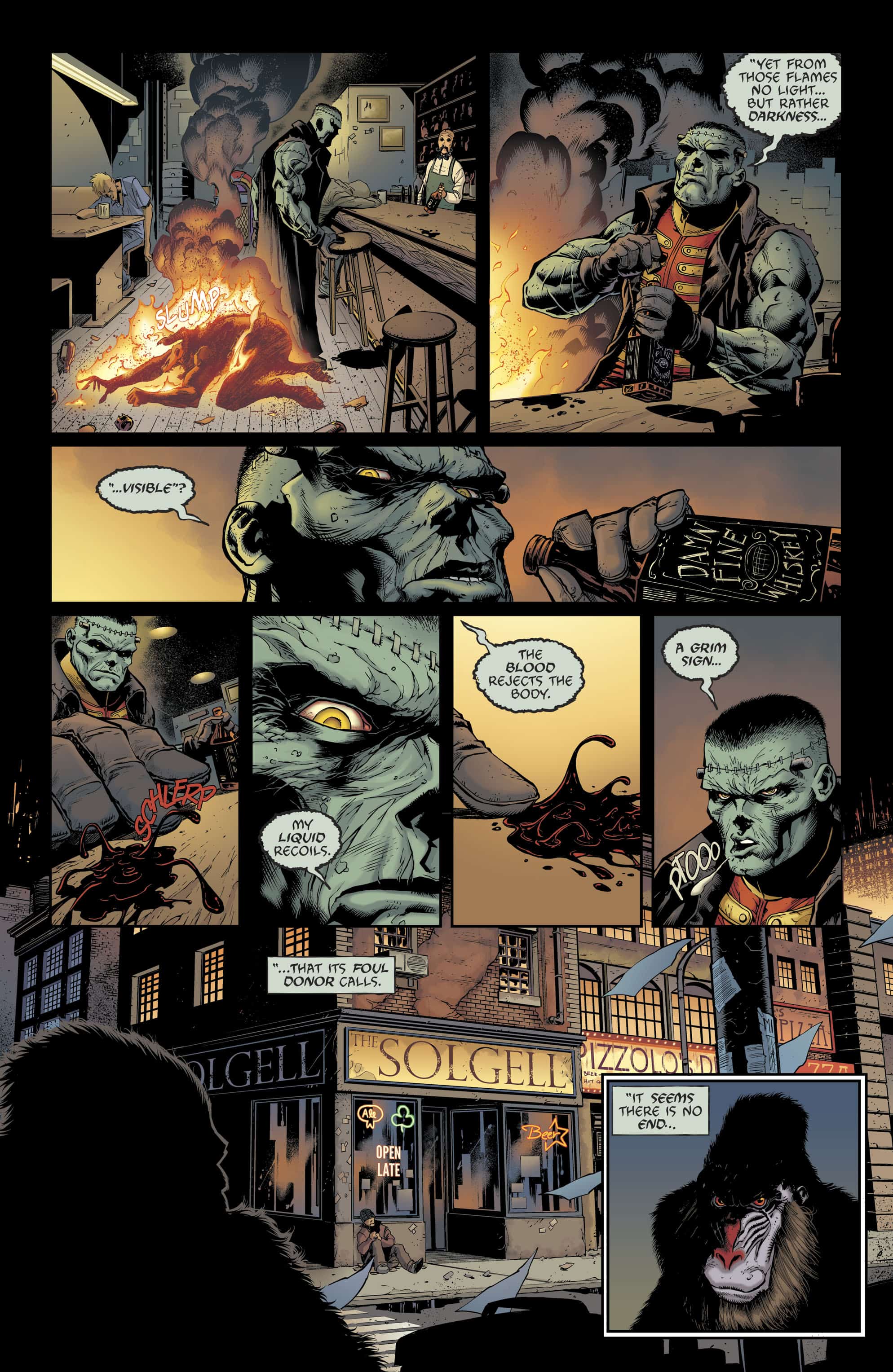 The actual plotting of this issue is nothing particularly remarkable or inventive thus far as we’ve seen multiple iterations of the “outcasts coming together to fight a greater evil” trope in and outside of comics. What stands out about this story in particular is the character work. Orlando is working his way deep into the fringes of the DC Universe with characters like Lady Clayface, Orca, and to a lesser degree Andrew Bennett and Frankenstein, yet he manages to quickly establish these characters in an extremely accessible way for new readers. 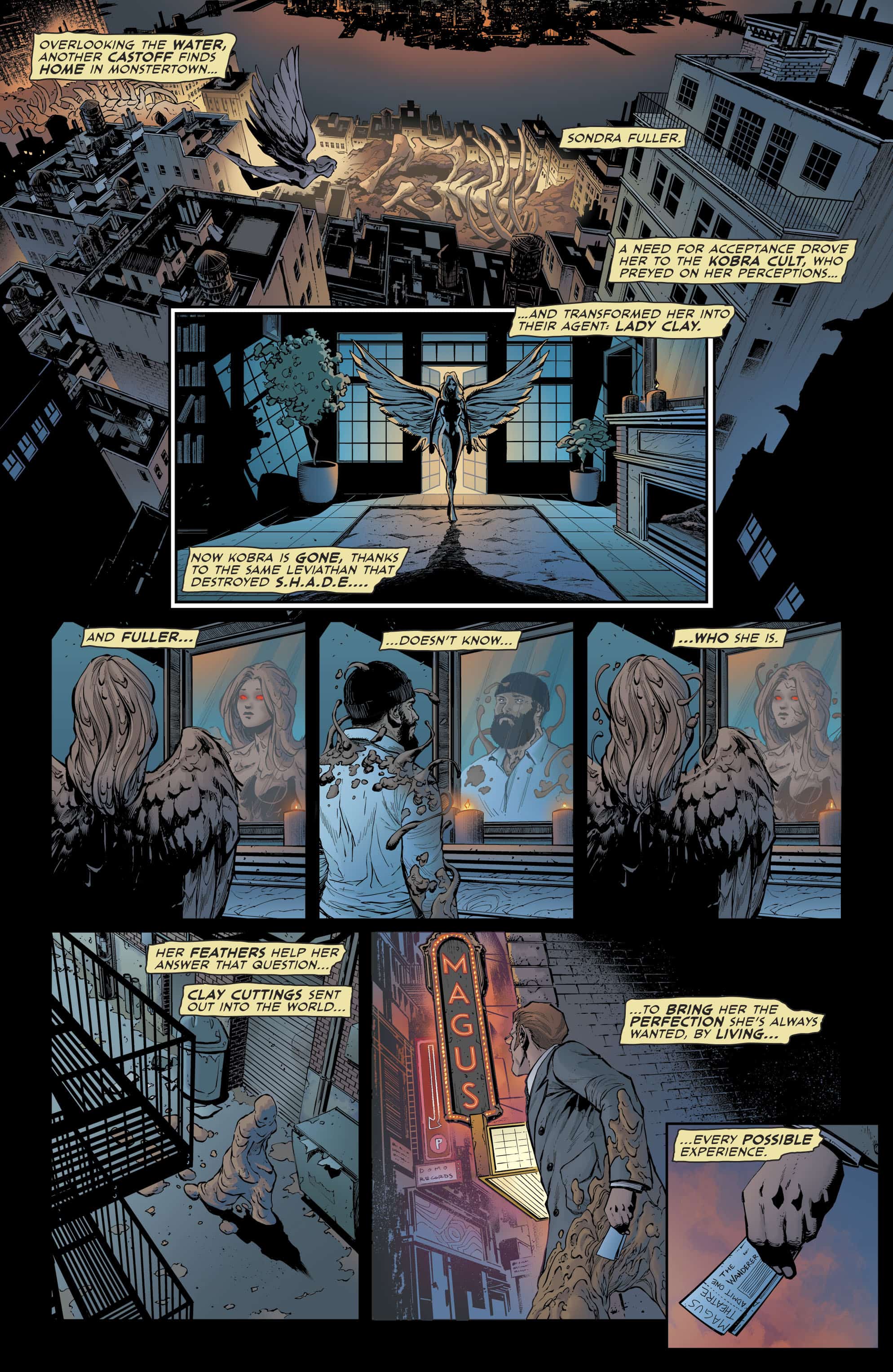 The artwork from Nahuelpan is as expressive and emotive as Orlando’s writing. He places great care in the detail work, reminding us that Gotham City is as much a major character in the DC Universe as Batman is. Here, his Gotham feels alive and full of dread. So too do his character renderings carry the pain of their varied misfit existences on their faces in a very tangible way. The pairing, along with beautiful color work by Mulvihill and sharp letters from Napolitano, make for a sleeper hit of a mini-series well worth checking out.

Gotham City Monsters #1: “Beware; for I am Fearless, and Therefore Powerful”