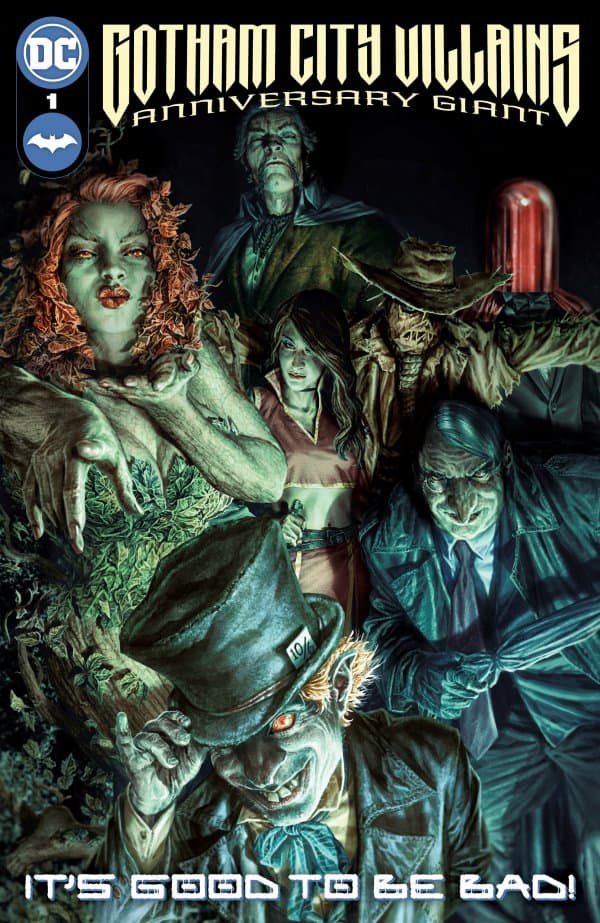 This week DC celebrates Gotham's very un-finest. If there's one city in the DCU whose villains have left just as much of a mark on the universe as it's heroes it's Gotham and where better to look than one of the Dark Knight's earliest foes...

Stephanie Phillips is arguable one of the best talents over at DC right now. Having recently worked wonders on Harley Quinn’s solo title, reinventing the book in a way that truly separates Harley from the villain world and solidifies her position with Gotham’s heroes and with Harley Quinn being one of the more consistently great DC titles of late it’s exciting to see Phillips delve deeper into Gotham’s past and the history of Batman’s Rogues Gallery.

Phillips excels at imbuing characters that would otherwise be generic with so much personality in a short space of time and manages this exquisitely in the Red Hood so much so you almost feel sorry for the stories narrator.

The story itself is told in typical crime noir style fitting for Batman’s roots in the days of the Falcone’s and before Batman’s villains took on a more supernatural guise. The art and c0lour scheme from Fiumara is a perfect fit for the genre and some of the more stand out art from the whole collection.

If you enjoy more grounded superhero comics with a street level crime focus then no doubt you will enjoy this short whose only fault is that it’s one of the shorter stories in the collection. It’s nostalgic, reminiscent of Tim Sale and Jeph Loeb’s run.

To give an example of how enjoyable this story was, I initially wasn't interested in this collection as books about villains usually aren't my cup of tea, but after reading this story purely for review purposes it urged me to go read the rest and I wasn't disappointed. Gotham Villains is definitely worth the price tag and it would be interesting to see Central City's villains receive the same treatment.