May the Forced Plot Be With You! (Green Lanterns #36 Comic Review) 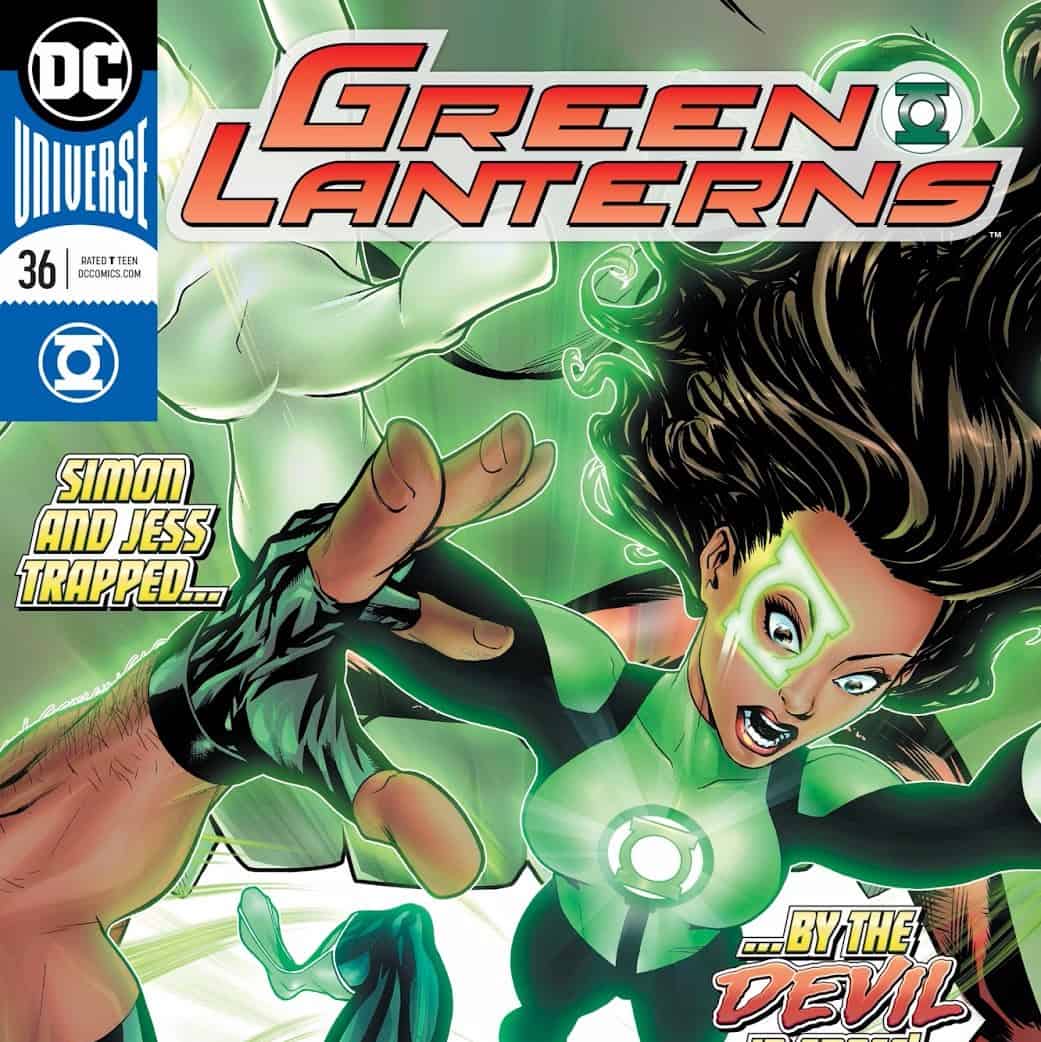 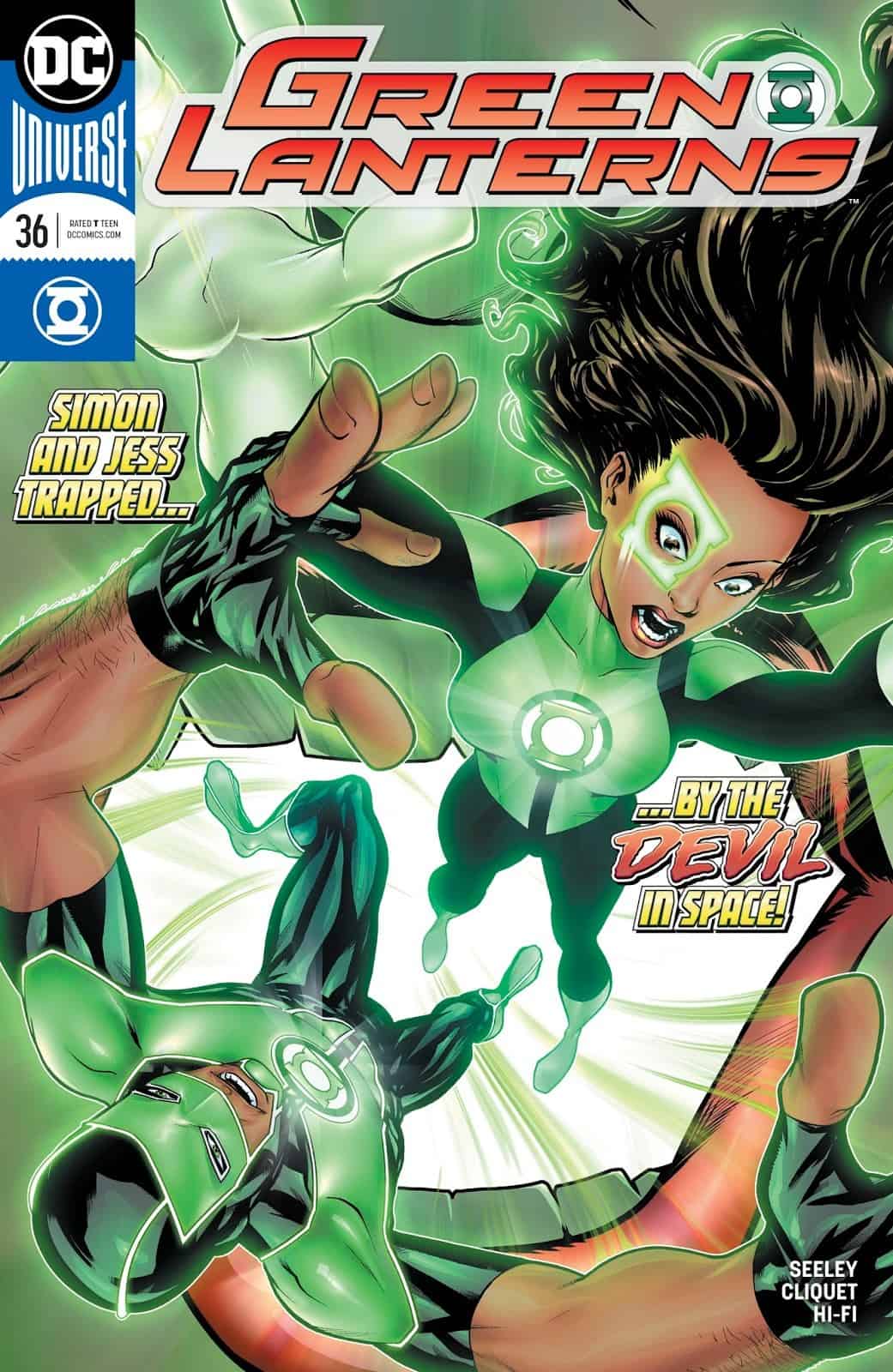 Simon Baz and Jessica Cruz face an Honor Guard Inquisition, after their encounter with Bolphunga the Unrelenting and his mysterious Attorney, a woman named Singularity Jain.

Jessica and Simon are contending with the Alien intruder Bolphunga the Unrelenting, who has traveled to Earth to gain the help of the Green Lanterns. He was released from a Science Cell on Mogo, by a mysterious Woman that claimed to be his Attorney.

Now on Earth Bolphunga, explains that the price of his release was to kill Boff the Un-killable ( his Father). Bolphunga, tells Jessica that he is unable to kill his Father, and that is when she shows up on Earth for Bolphunga.

Back on New OA, we see the Whos Who of the Green Lantern Corps: Jon Stewart, Kilawog, Saalak, Arisia, Chip, Guy Gardner, and Dasim who is running the inquiry. 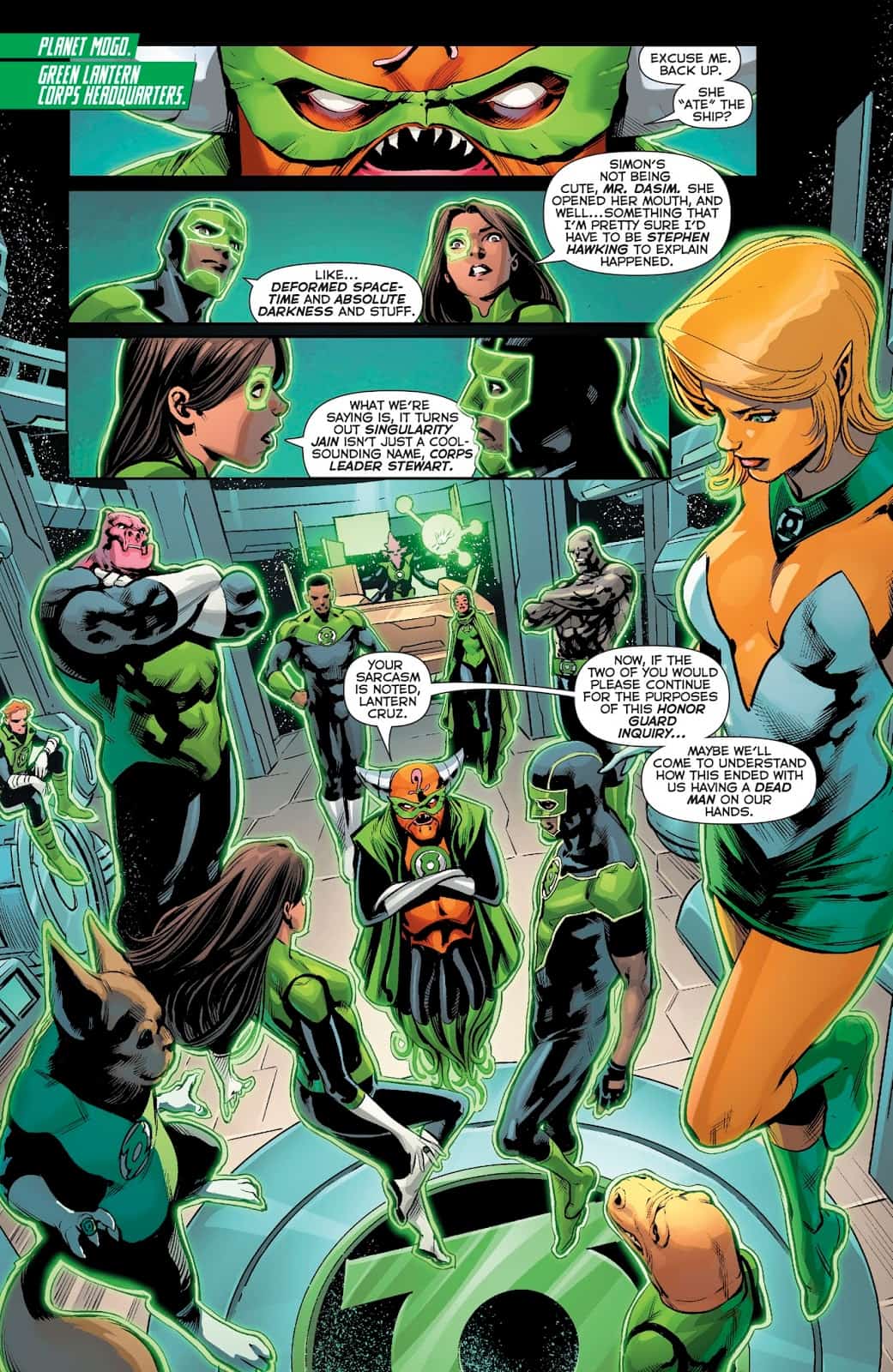 They are trying to determine the events that happened following the Arrival of Bolphunga and his Father Boff.

Singularity Jain is the Attorney’s name, and she is here to collect on her deal with Bolphunga. Boff is just delusional and cannot fathom what is happening and in between his mental state of confusion, he has moments of disappointment from his son.

Simon and Jessica are tasked with keeping them alive. Simon takes off while Jessica decides how to fight Jain. She is going to attempt to Over-feed her. 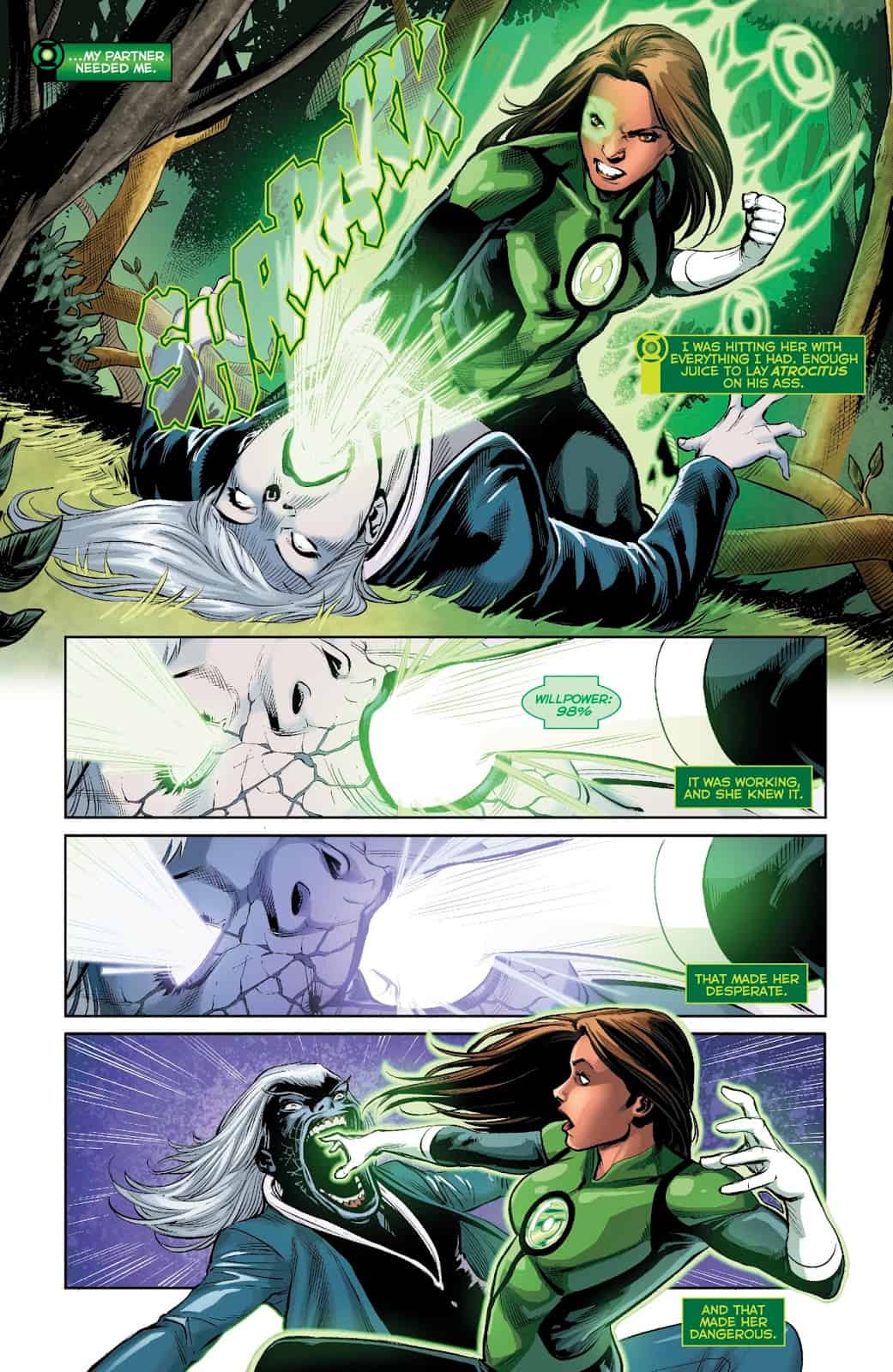 The Plan does not work because Jain can take it seems, much more than Jessica can dish out. Jessica is pulled into Jain’s Maw and in the blackness, she relives a Traumatic experience from years ago. She is forced to relive the moment her friends were murdered in the woods, a Traumatic event that has haunted her for some time.

Simon shows in the nick of time to save her. In that moment Bolphunga understands as Simon flew away that he is the only one that can end this, by killing his Father. In a Moment of Lucidity, Boff tells his son that he loves him, and all he wants to see before he dies is Bolphunga earn his title. Bolphunga fights back his tears and kills his Father.

“The Contract is Fulfilled,” Jain says” The Payment has been tendered”.

With that Jain retreats, and the Lanterns are left to face their Inquisition. Bolphunga is sent back to a Science Cell, where he earns his Reputation finally. The Lanterns pass their Judgement, and in a strange turn of events, they are exonerated. Jon Stewart is published for his Prejudicial treatment of Bolphunga, but he is OK with it, and Singularity Jain is added to the Most dangerous in the Galaxy list.

The last few panels have a backup story regarding the Molites. The group of people that Jessica and Simon saved from the dying planet Mol. They are in a refugee camp on the planet. They are rummaging through the garbage for supplies. They are unaware of the Protesters outside the walls that are clamoring for the Molites to leave the planet.

Final Thought: I am glad that they wrapped up this plot and these characters. While I have no problem with the dialogue or the writing, I still cannot completely get over the Plotting and the use of the characters. This was a Two shot story that introduced a Heavy new Bad, but completely destroyed the credibility of a Classic story in the meantime. These are issues that can be skipped and not miss much. I was not impressed with any of the plot besides the backup story involving the Molites. I think they underused a lot of the characters and cheapened the entire plot to fill a Two issue gap in between story arcs, but time will tell. Here’s hoping that we get a better story in the next issue.