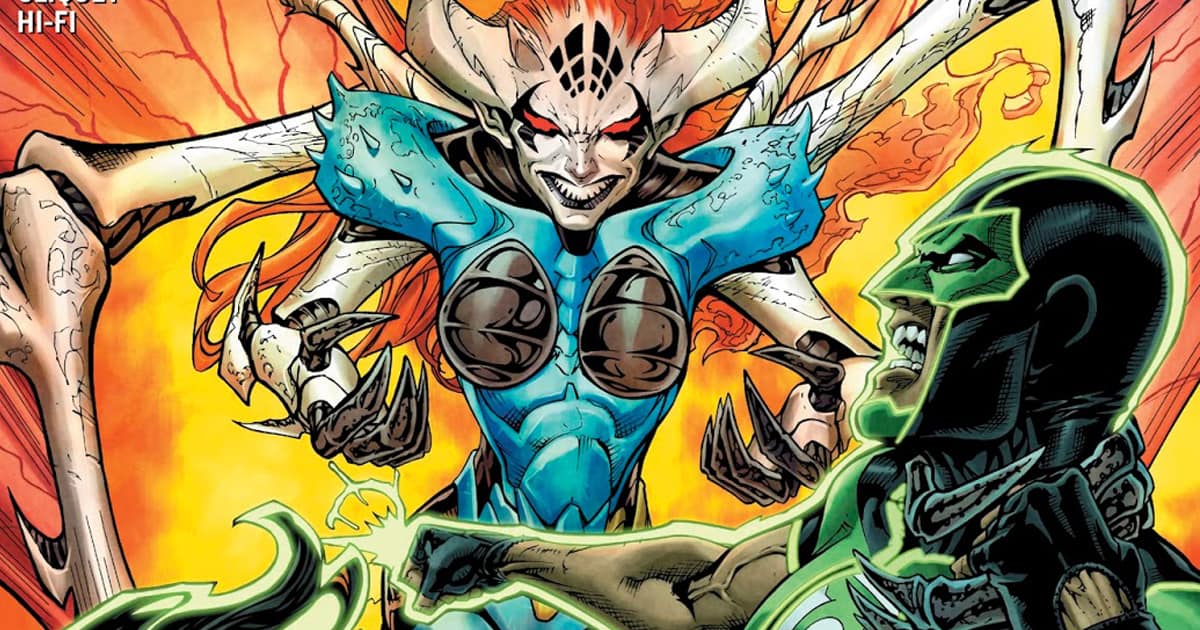 Liseth Has used the Dangerous Surge engine to combine the DNA of the most powerful alien Species of the Universe. Can Jessica and Simon stop her before she tears Ungara apart? 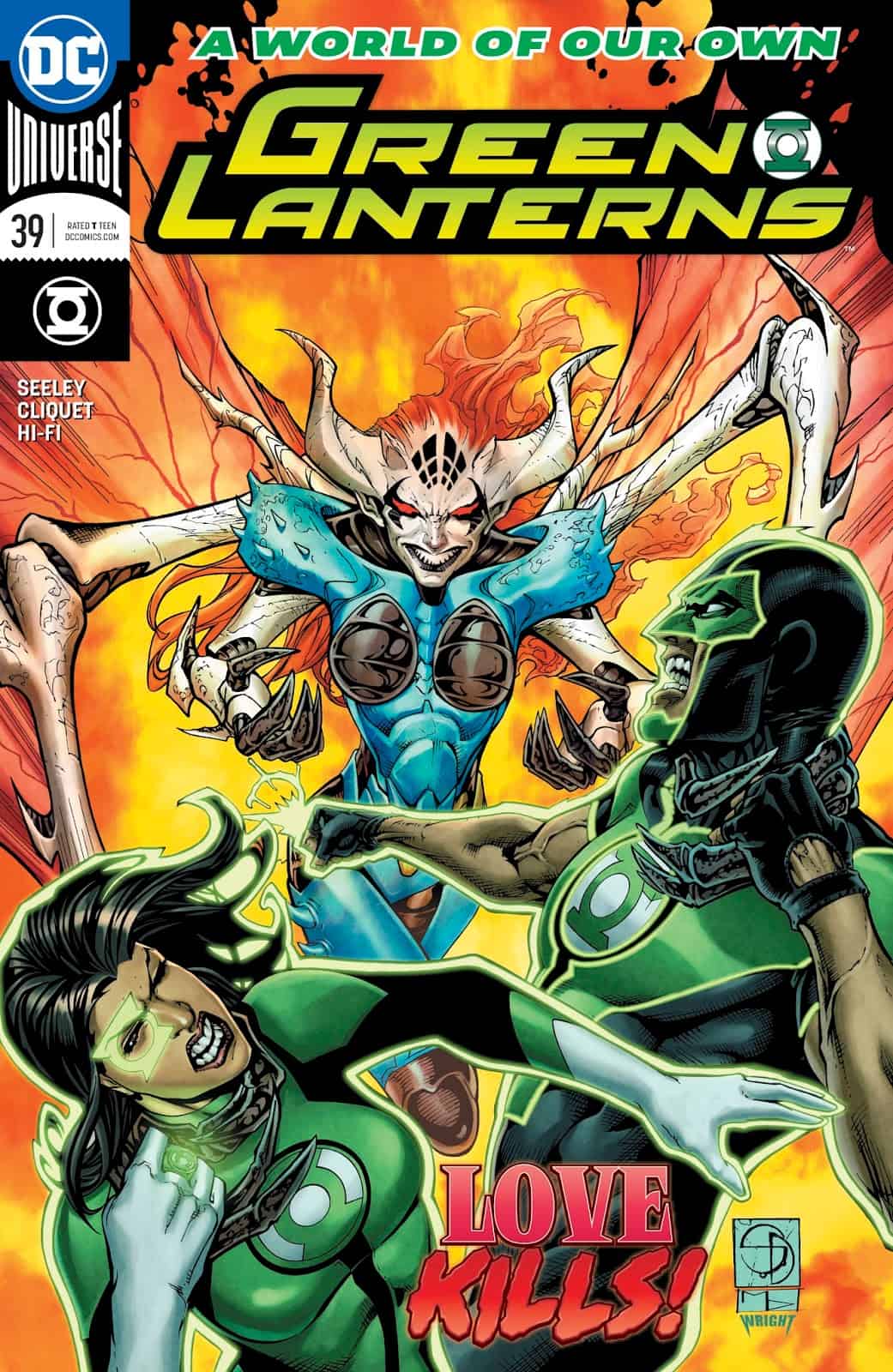 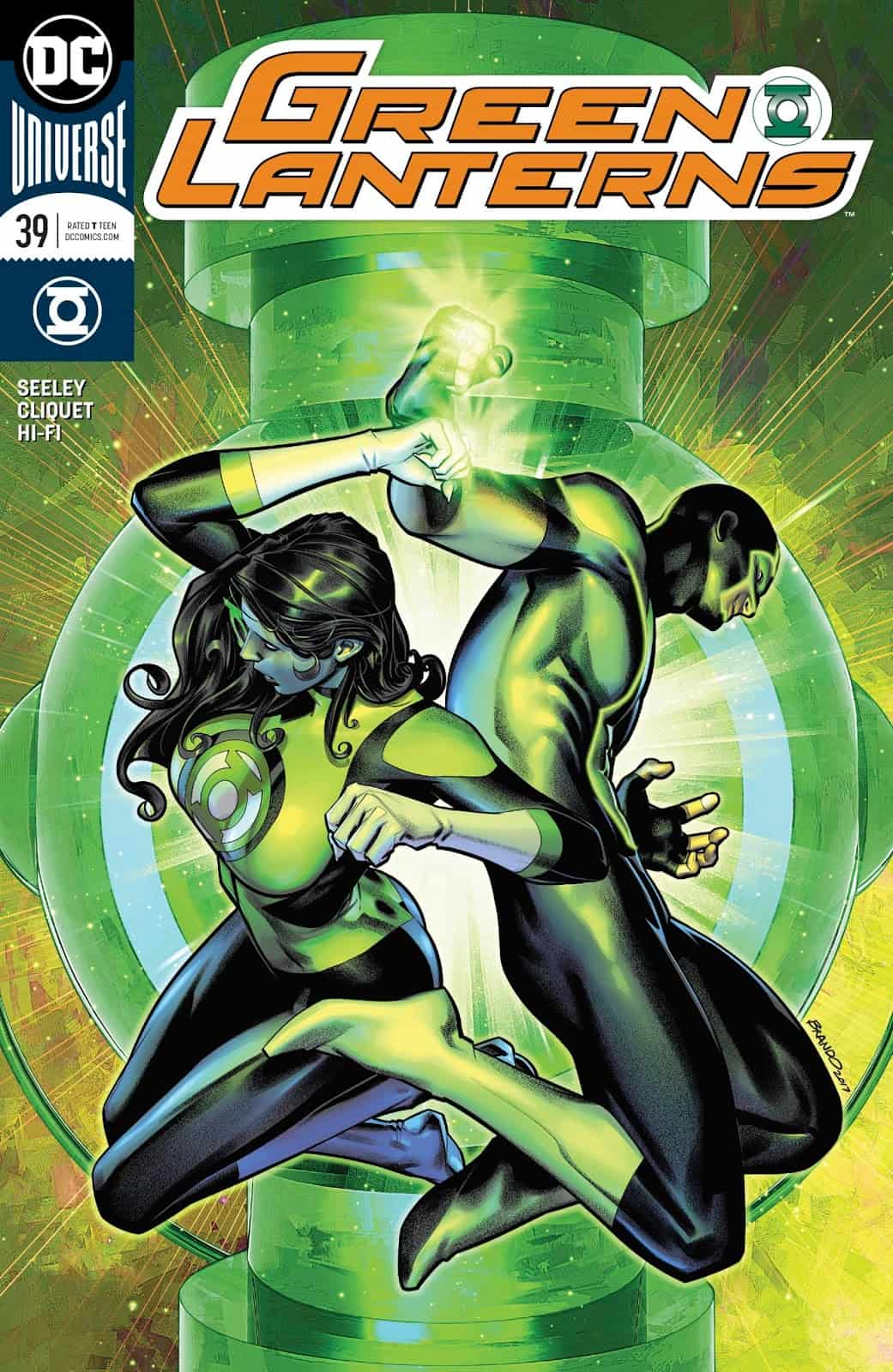 Listeh has taken on the powers of some dangerous Aliens, through the Surge Engine. It appears that she was using Kesh Cur to further her own ends. She defeats The Lanterns and Regent Vok, and walls them up with Alien Corpses, as she makes her escape.

Terrorizing the Molites, and speaking to the Ungardians, she flies on angel wings reaping destruction in her wake. Preaching of a new Ungarda to all who can hear. 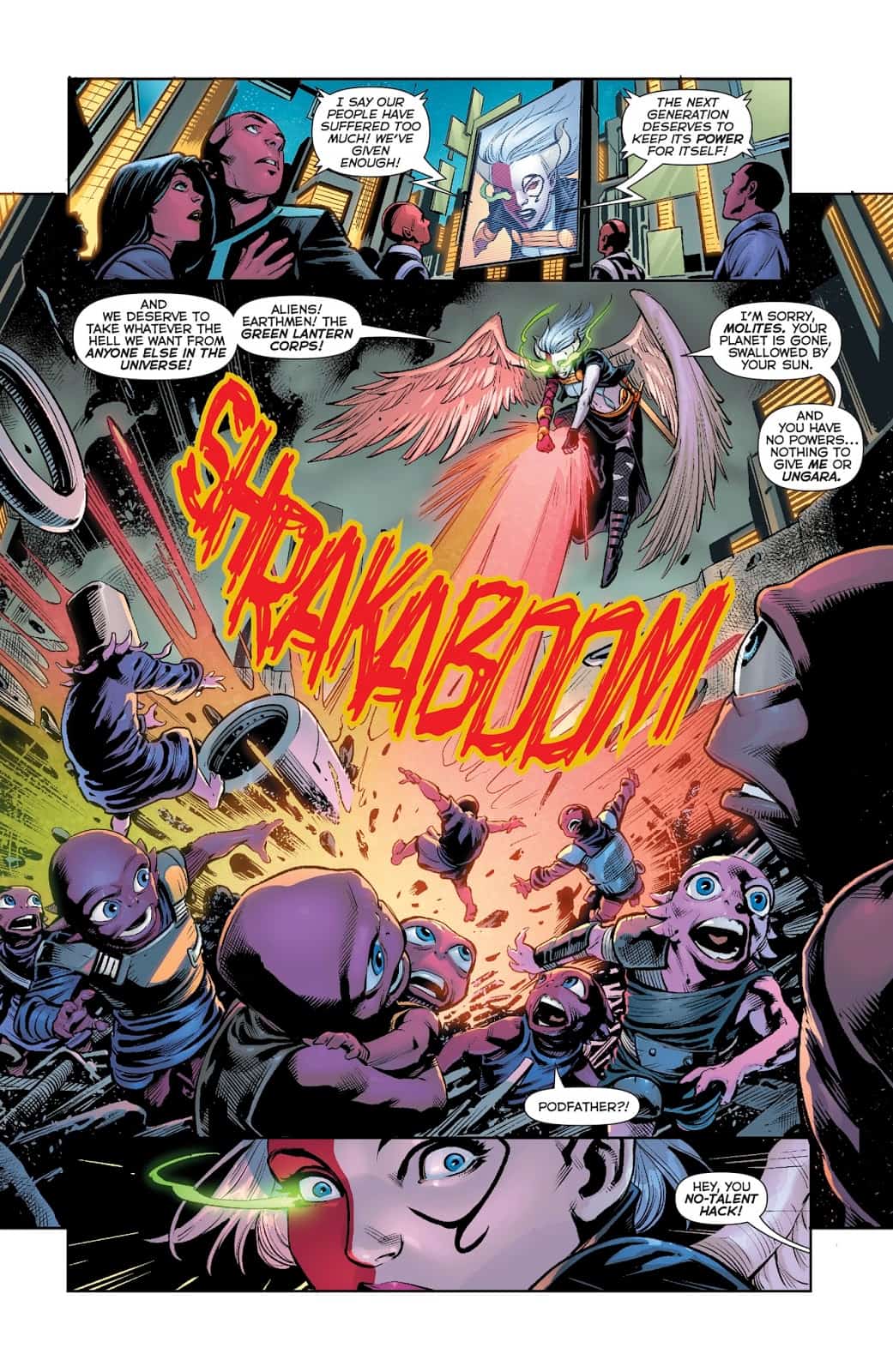 The Lanterns and Vok are freed, and the seek Liseth to save the planet from her.

Liseth Attacks Jessica. They start to battle and the world is burning around them. The Podfather of the Molites springs into action to once again lead his people. 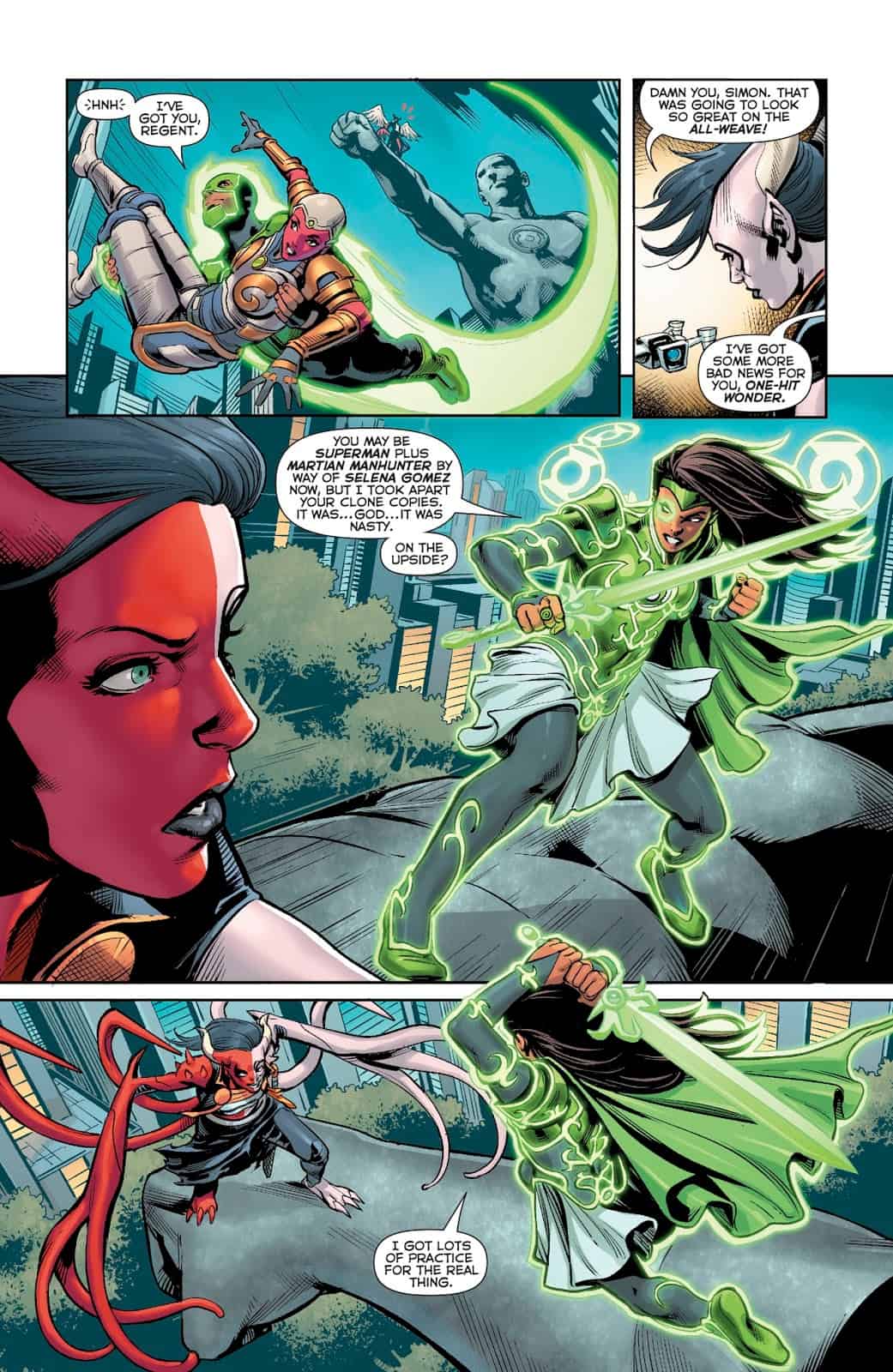 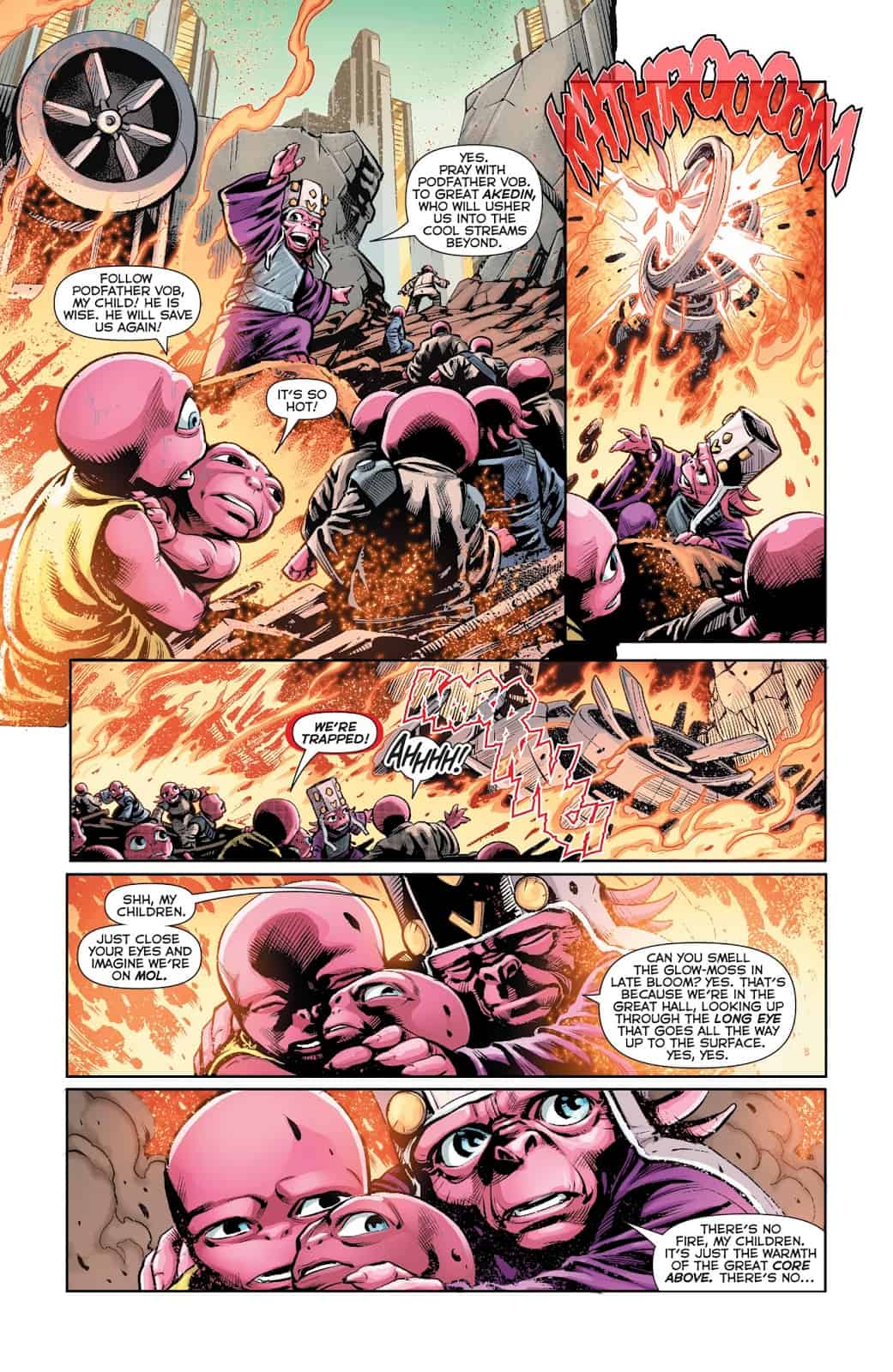 The Ungarians seeing the Molites in trouble, and come to their aid. Finally showing acceptance. 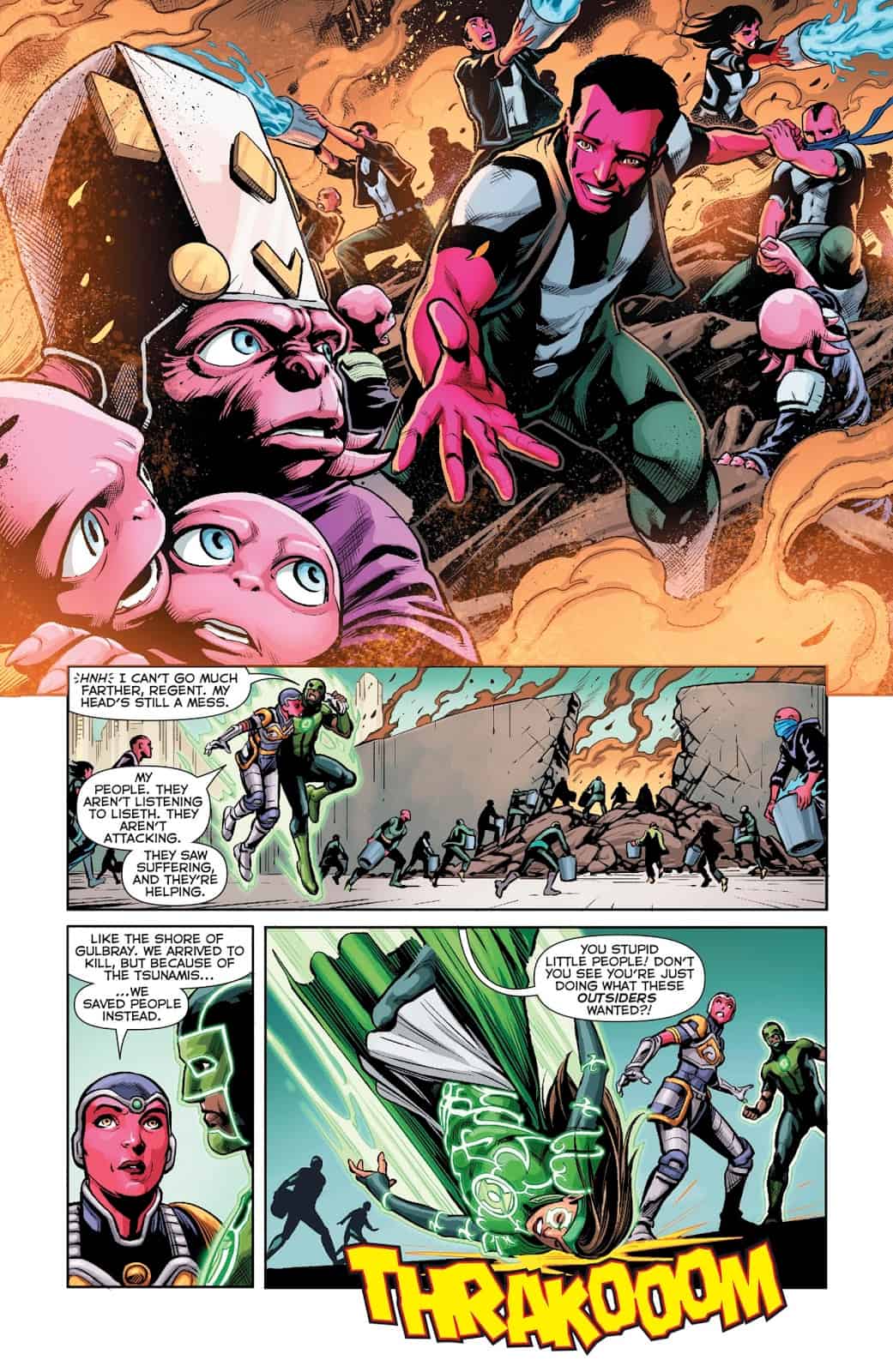 In a symbolic gesture atop the Statue of Abin Sur, Liseth throws her mother to her Death. Simon arrives just in time to save Regent Vok.

With Jessica down and Regent Vok no match for the Supped up Liseth, it is up to Simon to defeat her. She explains that the Surge Engine has made her powerful, and it was her plan to use Simon. That the night they shared was just to get him where she wanted him. But Simon knows that they shared the light as well, and he removes the part that he gave Liseth to save her on the Brinkmanship, and she falls to the floor defeated. 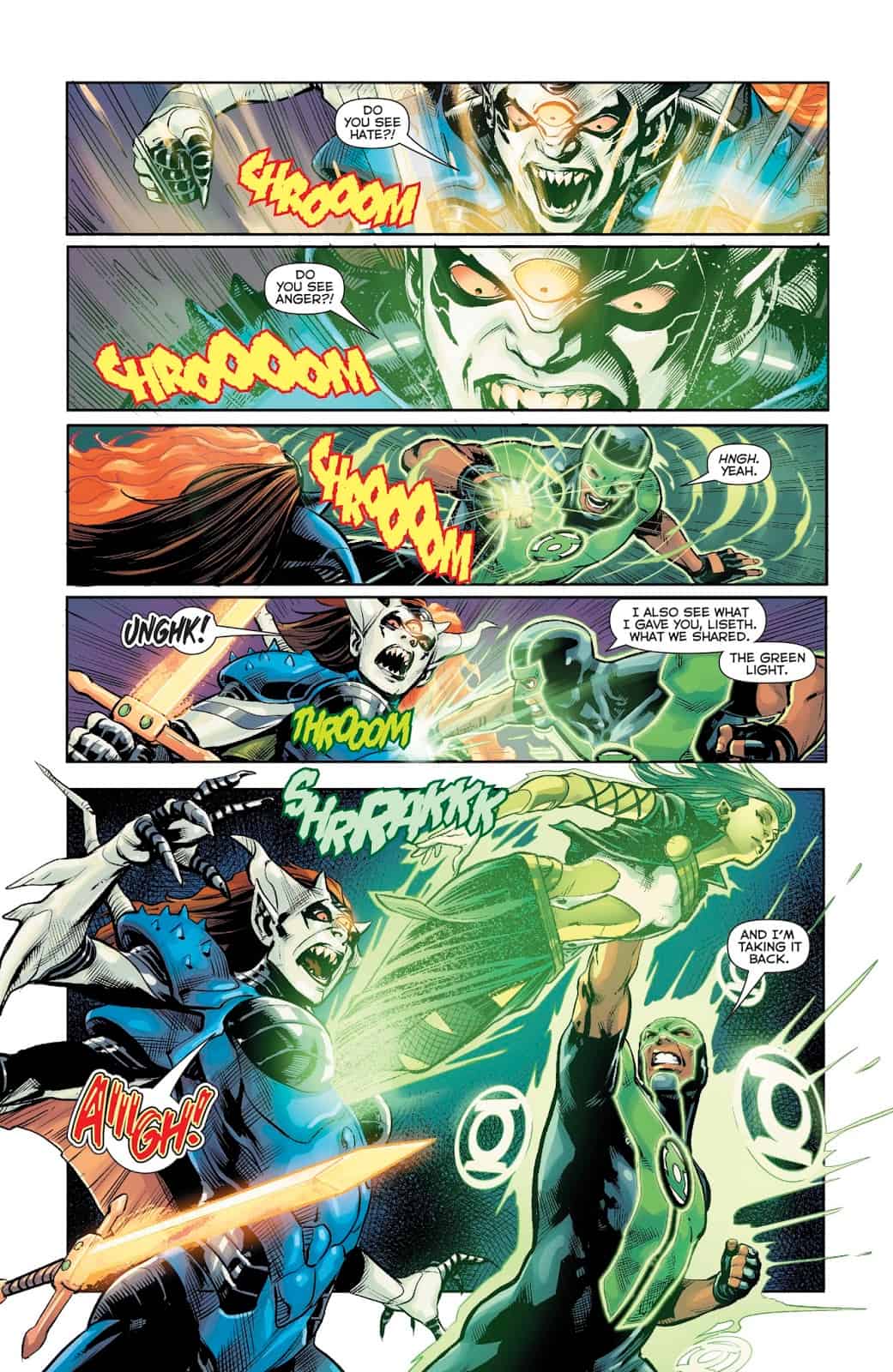 Regent Vok takes her an puts her on Life support, and the lanterns leave the planet, having had an adventure they will not soon forget.

Final Thought: This was an uneventful way to end the story. The conflict was very similar to the Bolphunga story where it has this huge build up that peters out with an abrupt ending. There are lessons learned, and loose threads picked up, so it’s not a total loss, but I am not a fan of the trend this book is taking to resolve it’s conflicts. Starting this story with The destruction of Planet Mol, it is great to see the resolution. So while I am glad that we got there eventually, I am not quite pleased how we got here. The story is a semi-memorable arc that I do not see being a huge character development point, as it was broken up into a few different stories. Overall I would say that Jessica comes out a bit better than Simon.