Grimm Fairy Tales #58: We Are Off of the Yellow Brick Road 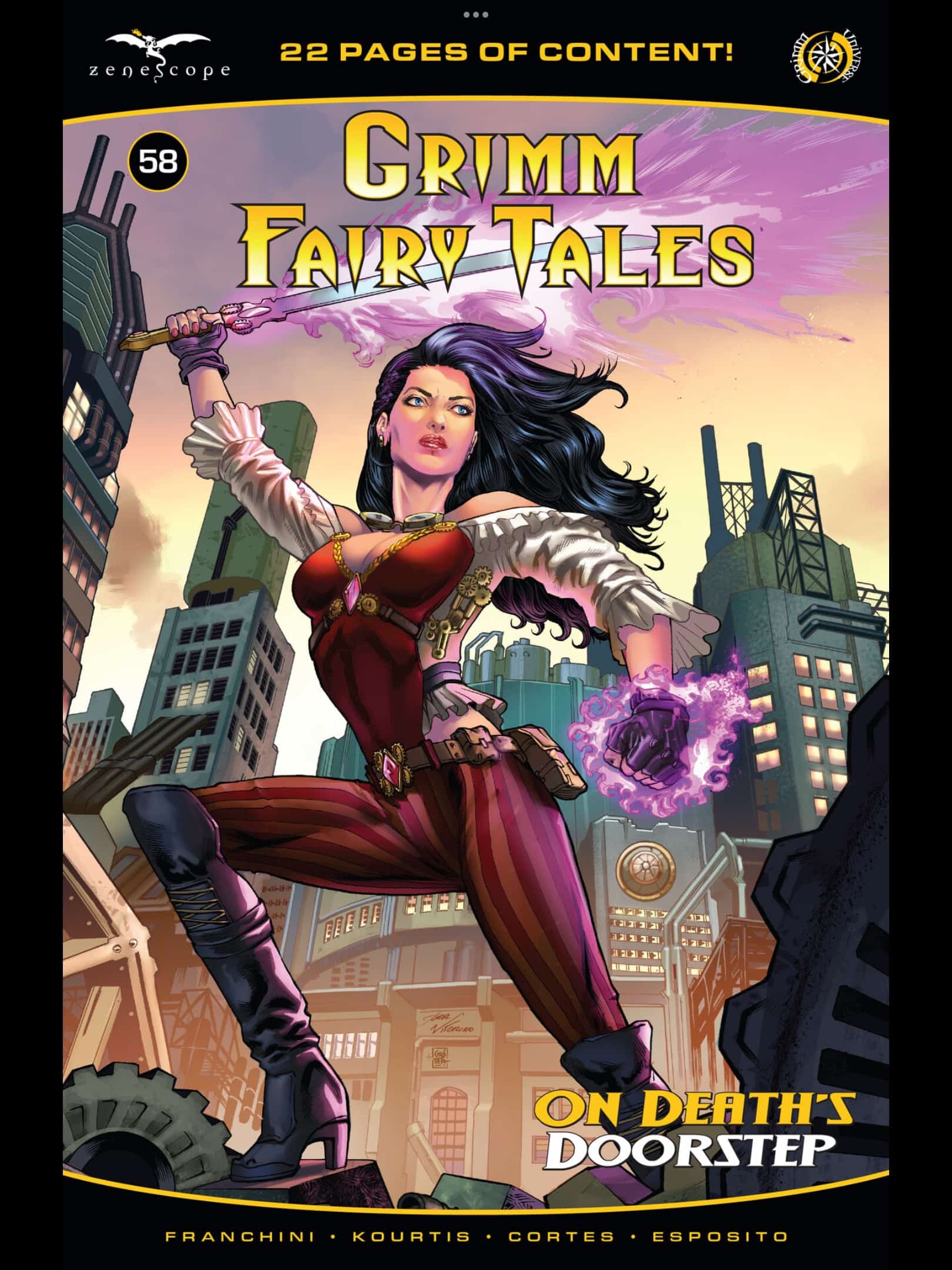 Skye Mathers, along with Julia, the Queen of Hearts, has been making her way back to her home world, one universal leap at a time. But her journey has just taken a seriously wrong turn, separating her from her partner. And these new surroundings Skye finds herself in could signal dire consequences for the future she is hurtling toward. What horrible truths lie in this place? Who is the Keeper? And where is Julia?

I have been consistently impressed with the art in Grimm Fairy Tales. The detail is striking. Banisu Kourtis is very detailed in his panels. He consistently provides detailed backgrounds in his panels. The art along with the coloring conveys the type of place the characters are inhabiting, in this case it is a wasteland. It is easy to picture and feel the hopelessness of this particular wasteland. One does not have to see Skye talking to a rock which when it is introduced it looks like it could have a nose, eyes and mouth. Skye’s hair looks disheveled. It is easy to picture the character as flying and landing hard on the ground.

This is my first encounter with Skye Mathers. She is drawn as a younger version of her mother Sela without the glasses. In addition to looking like the original Guardian of the Nexus, she has the same mannerisms as her mother. She behaves in a very similar way to her mother. She sees what is around her and wants to help even if it means a delay in her mission. These encounters also have a huge emotional impact on the young Guardian.

She is encountering her friends and they are not in the same place as the women she knows. In his particular issue we encounter this dimensions version of Mystere. Unlike her friend this version has noticeably grown insane. It hurts Skye to see this but here she is able to put her personal feelings aside and stick to the mission.

The side plot involving Shang, Sam and Alexa. This time the three arrive in Oz but it too has changed for the worse. In the end we are only left with questions, who are these lizard men and who is their queen. Will the three be able to retrieve the item they are searching for.

Grimm Fairy Tales #58: We Are Off of the Yellow Brick Road