Guardians of the Galaxy #7: Have Faith.

Guardians of the Galaxy #7 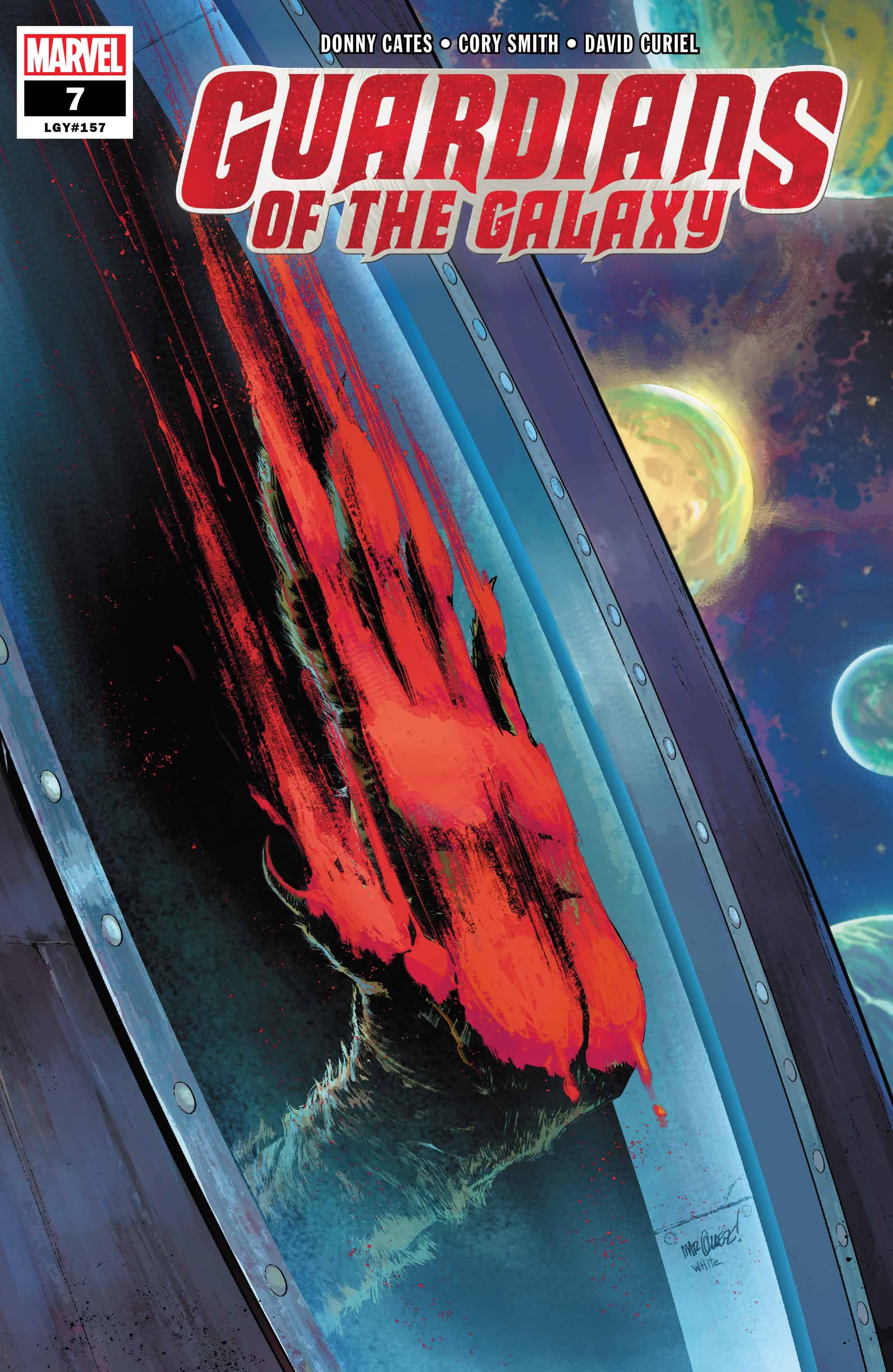 The death of Rocket begins here in ”FAITHLESS” Part 1! In the aftermath of the FINAL GAUNTLET, the Guardians of the Galaxy are taking some well deserved R&R. But their vacation is about to be cut short when a familiar, but radically powerful enemy returns. And what does all of this have to do with the whereabouts of a certain raccoon?

Though described as the death of Rocket, the second arc in Donny Cates’ Guardians of the Galaxy run kicks off with a chilling story about the Universal Church of Truth, a group with a connection closer to the Guardians than they ever thought possible. 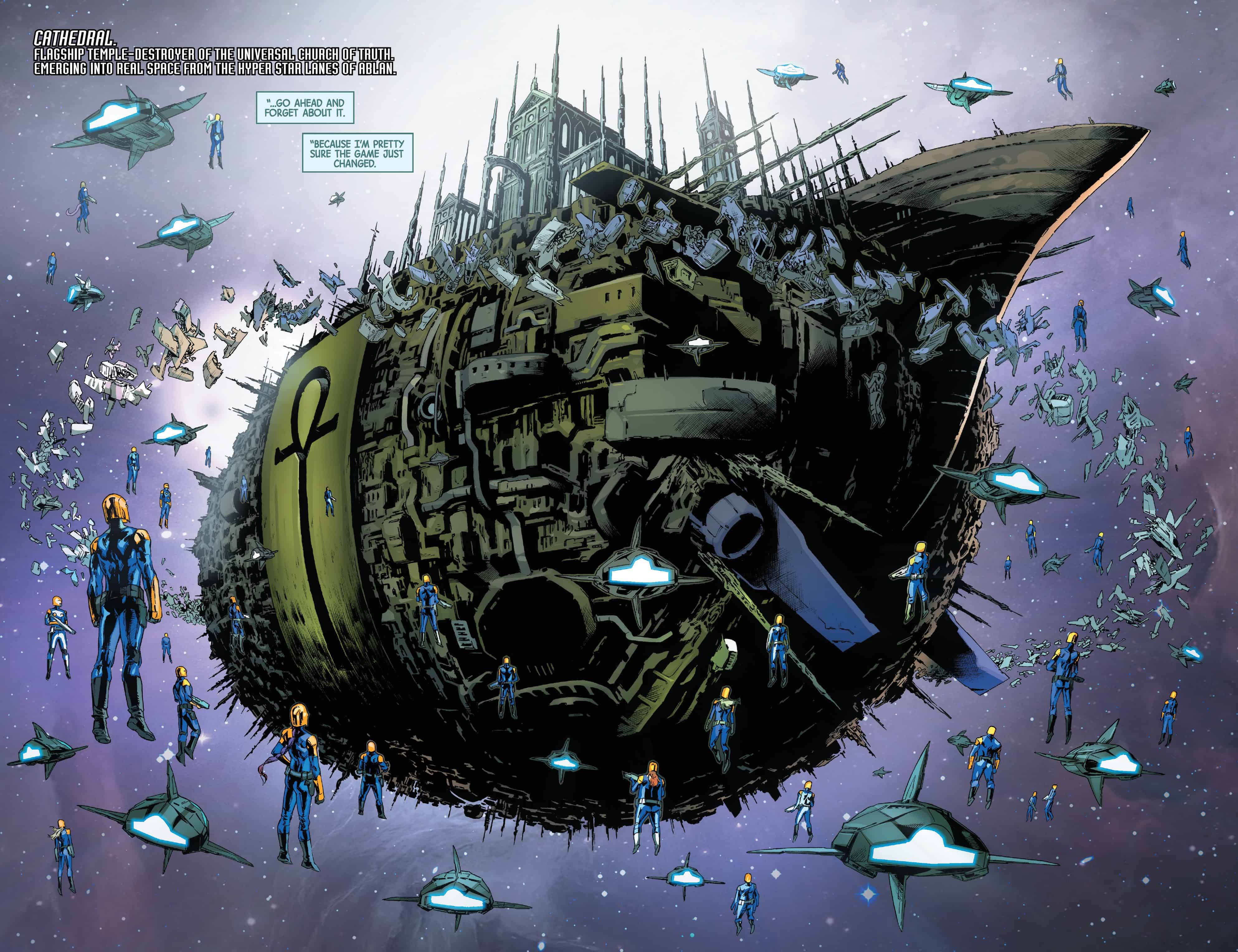 The team is pretty scattered currently, so the members we find ourselves with in Guardians of the Galaxy #7 take a backseat to some shockingly dramatic revelations that Peter is forced to confront. The introduction of the Universal Church of Truth is an immediate hook, something that writer Donny Cates is notorious for. It pulls you into the story and keeps you engaged all throughout.

Couple that with some surprisingly detailed artwork from Cory Smith and David Curiel, and the result is a book that is downright fun to read. The visuals give readers an epic space opera vibe that works genuinely well for both this arc and the team in general.

We learn that Peter’s father has taken up with the Church of Universal Truth, but of course its a trick. This setup puts the team on Cathedral, the Church’s flagship temple where the team falls under the Church’s influence, but luckily, Moondragon is able to escape for help. This is where the entrance of Rocket finally allows the marketed concept of this arc to make sense. Who else could stop a Church of fanatics from wreaking such devastation? Well, maybe not Rocket because he looks terribly rough. It’s a testament to the artistic direction, but also just sad to see.

This is going to undoubtedly be an emotional arc. With Peter struggling with his father and Rocket dying, it seems like things are going to accelerate very quickly in the upcoming issues. The groundwork has been laid for something truly interesting though! The Universal Church of Truth is easily one of my personal favorite concepts that Cates has used recently, so I’m excited to see what will come of them.

'Guardians of the Galaxy #7' is a well executed space opera with all the right ingredients for a great story. Only time will tell if it can live up to its own expectations!

Guardians of the Galaxy #7: Have Faith.